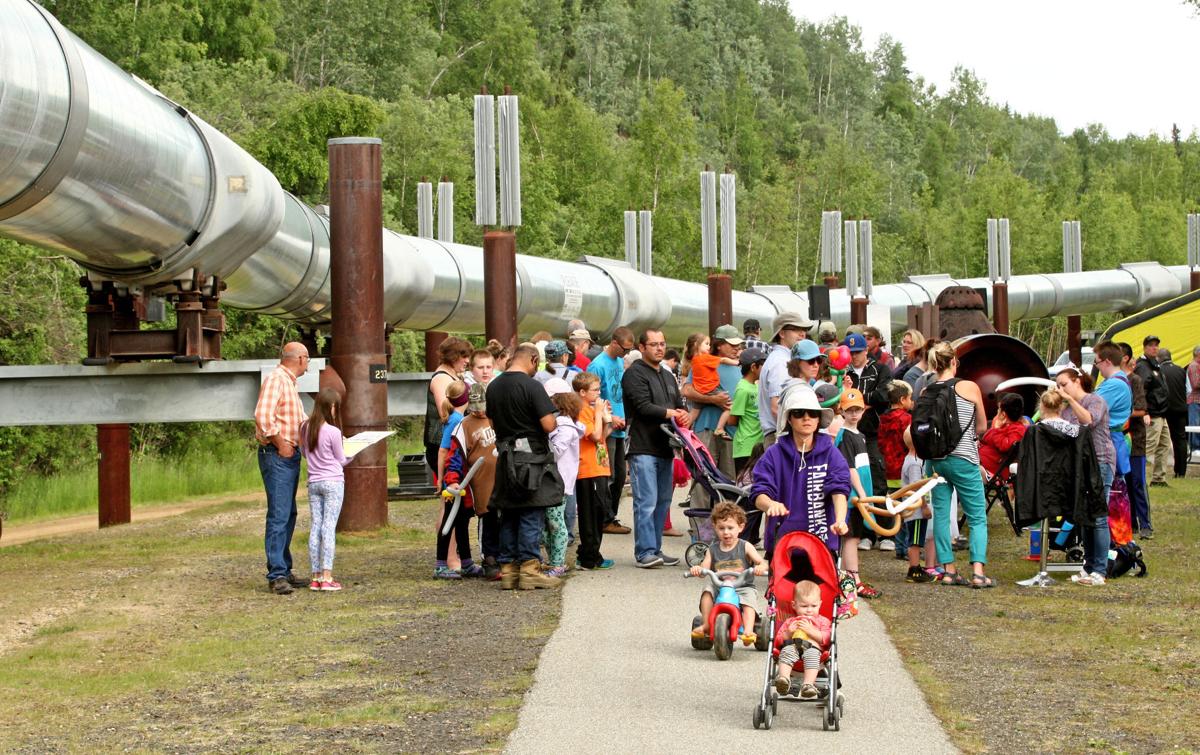 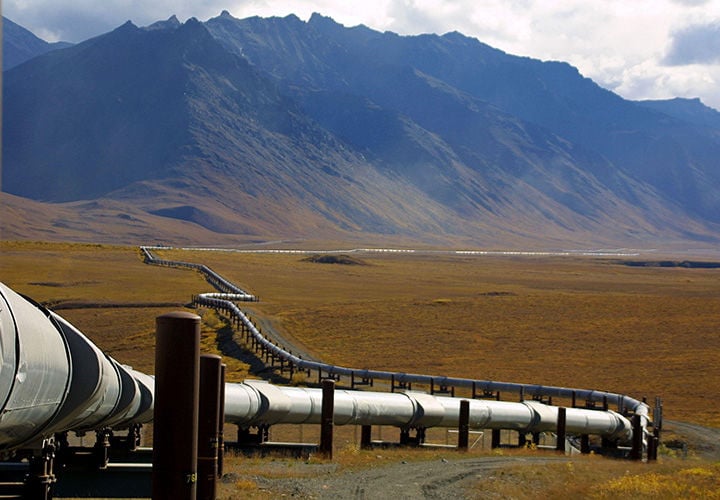 The trans-Alaska oil pipeline, one of the most ambitious construction projects ever undertaken, stretches hundreds of miles across some of the roughest and most remote terrain in the world.

Crews began laying pipe in spring 1975 and laid the final stretch of the line on May 31, 1977. The first oil moved through the pipeline on June 20 of that year.

More than 70,000 workers were involved in building the pipeline. It cost $8 billion in 1977 and was, at the time, the largest privately funded construction project ever undertaken.

The pipeline stretches more than 800 miles from Alaska’s North Slope to the ice-free port of Valdez on Prince William Sound. There, at the pipeline’s end, the oil is transferred into storage tanks and loaded onto tanker ships for transport to West Coast refineries. The high point of the pipeline can be found at Atigun Pass with an elevation of 4,739 feet.

How much oil goes through the pipeline?

The highest average daily throughput was 2.03 million barrels in 1988. The pipeline carries much less than that now; it averaged 509,315 barrels daily in 2018. Overall, Almost 17 billion barrels have moved through TAPS.

The pipeline is one of the top attractions for visitors to Alaska, and some of the best places to view the pipeline are in the Interior. The pipeline often trails alongside the Dalton, Elliott and Richardson highways.

One of the best places to view the pipeline is just north of Fairbanks, at 8.4 Mile Steese Highway near Fox. Visitors there can get out of their cars and walk alongside the pipeline, which rests above ground on vertical support beams.

For visitors seeking a more sweeping view of the pipeline, Donnelly Dome, located just south of Delta Junction on the Richardson Highway, rises above the surrounding valley and provides a view of the pipeline as it travels south alongside the Delta River.

Not far south from Donnelly Dome, the pipeline crosses the Richardson Highway, going below ground to travel under the highway before rising back out of the earth onto its supports. The highway pullout near the pipeline crossing is a popular stopping point for drivers.