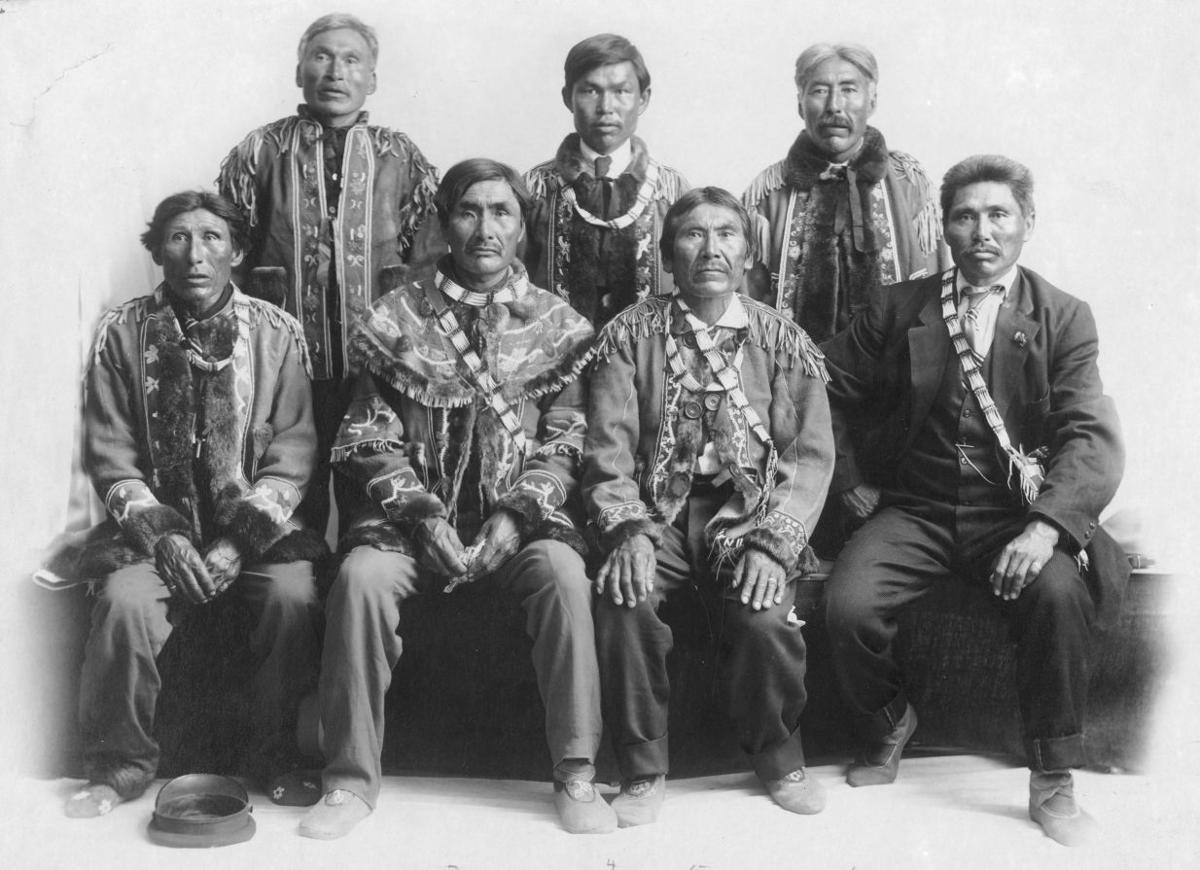 FAIRBANKS - The Athabascan people of the Upper Tanana River have a story about the first birch bark canoe.

A man “with great knowledge was traveling and visiting among the people, animals and birds,” wrote Alice Brean in “Athabascan Stories.” The man carefully chose strong spruce poles for the frame and ribs of the canoe. Next he needed to make a cover. He chose different kinds of tree bark and tested each one, starting with spruce bark, which floated a few feet and sank. The same fate met the bark from alder, cottonwood and willow.

Only one piece of bark was left to try. It was bark from white birch. Finally, the bark floated and the man spent most of a day gathering enough birch bark to cover his canoe.

For the Athabascan people, who have inhabited Interior Alaska for at least 6,000 years, the birch bark canoe was tantamount to today’s pickup truck. Birch bark canoes helped Athabascans survive in some of the harshest conditions on Earth.

The story of the birch bark canoe and many more stories aimed at sharing traditional knowledge have been passed down through generations of the Athabascan people, who make up the largest group of indigenous people in North America, according to the Alaska Native Knowledge Network.

About 800 to 1,000 years ago, Athabascans migrated from Alaska into Canada and as far south as Arizona and New Mexico, but the most ancient core group of Athabascan people lived in Alaska, according to Ben Potter, anthropologist at the University of Alaska Fairbanks.

“It is clear that the center of Athabascan culture developed here in our region,” he said.

While they are historically a nomadic people, modern-day Athabascans have formed permanent settlements, mostly along rivers, all over the Interior of Alaska. About 12,000 Athabascans live in Alaska, according to the Arctic Athabaskan Council, based in Whitehorse, Yukon.

The word Athabascan comes from the Canadian Cree name for Lake Athabasca. The lake is located in the northwest corner of Saskatchewan and the northeast corner of Alberta. In Cree, “Athabasca” means “grass here and there” and describes the lake.

For some, the preferred term for Athabascans is “Dene,” which is derived from an Athabascan word meaning “people.”

Alaska Athabascans are divided into 11 major linguistic groups whose way of life is similar.

William Simeone, author of “A History of Alaskan Athapaskans,” wrote that the Gwich’in, the northern-most group of Athabascans, are the most cohesive of all Alaskan Athabascans.

The Athabascan people — and there are several ways to spell the name of the people — use more words for describing the natural world than are found in the English language.

For example, the Tanaina have at least 15 words for rivers and streams, wrote Richard Nelson, anthropologist and author of “The Athabaskans: People of the Boreal Forest.”

Nelson spent more than a year living among the Koyukon Athabascans and wrote that they have more than 50 terms for the basic parts of the moose. They also have 16 terms for the parts of a day, depending on the amount of light and positions of the celestial bodies.

Historically, Athabascan people belonged to small local groups or bands—as small as 25 people or as large as 200. The bands would split into smaller groups during the winter months. Most Athabascans trace their descent through maternal lines.

“Wealth, which was acquired through diligence and skill, determined leadership,” Simeone wrote in “A History of Alaskan Athapaskans.” “The local band formed around a strong leader who was frequently the wealthiest man.”

The type of power wielded by the chief varied among the Athabascan groups, he wrote. Leadership councils also played a major role as they do today.

Athabascans are expert at hunting, trapping, fishing and gathering, though today their economies are supplemented with goods from community stores.

While the Athabascan people wander less than in the old days, their subsistence habits have not changed much, according to anthropologists.

Nelson wrote that fish are one of the most important sources of food. Athabascans have developed elaborate traps for catching them.

“They exist in a wide variety of types and sizes, but all of them funnel the fish into an enclosure from which they cannot escape,” Nelson wrote.

Fall is the busiest hunting season, when moose congregate near water, caribou begin migrating and bears prepare to enter their dens. And winter is a time for trapping, including for beaver and muskrat.

Athabascan knowledge of the weather, the landscape and animal behavior has been key to their survival. Traditional Athabascans believe humans and nature are bound closely together.

“Many Athabaskans feel a special kinship with the living things around them, remembering that animals and plants were essentially human in the ancient world,” Nelson wrote.