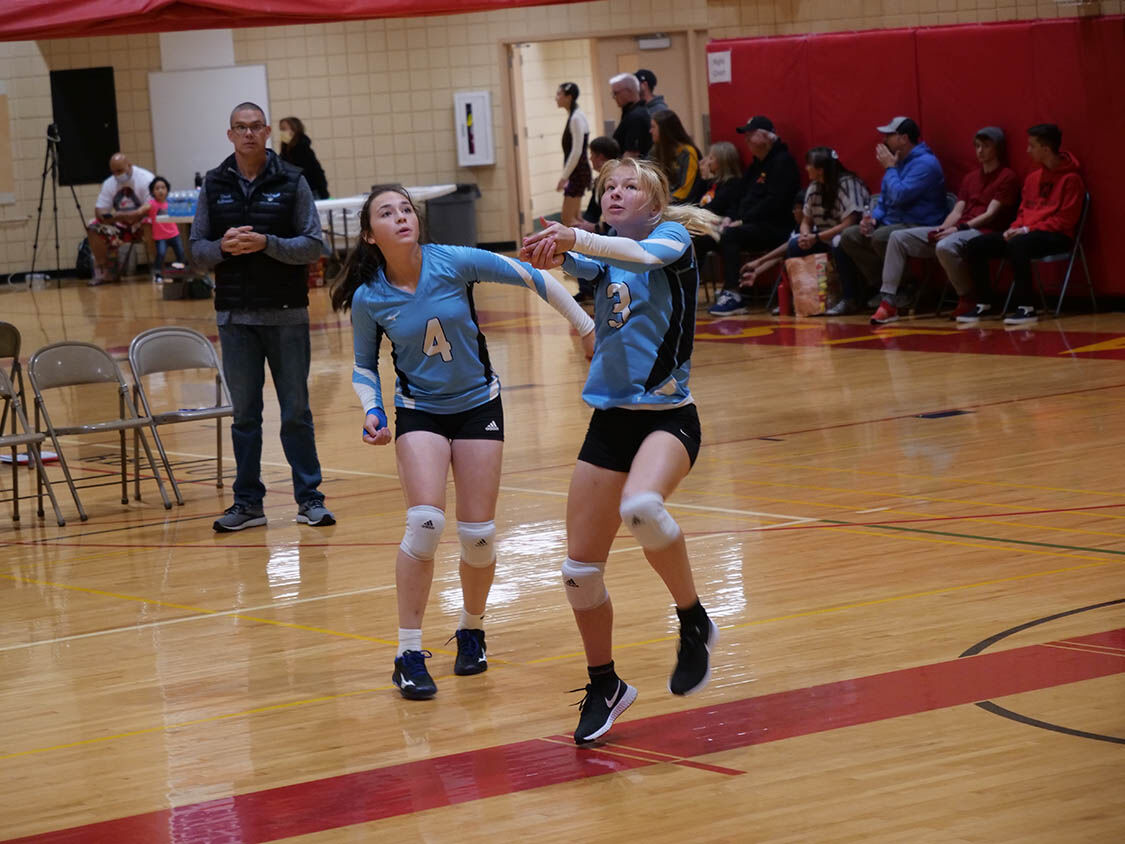 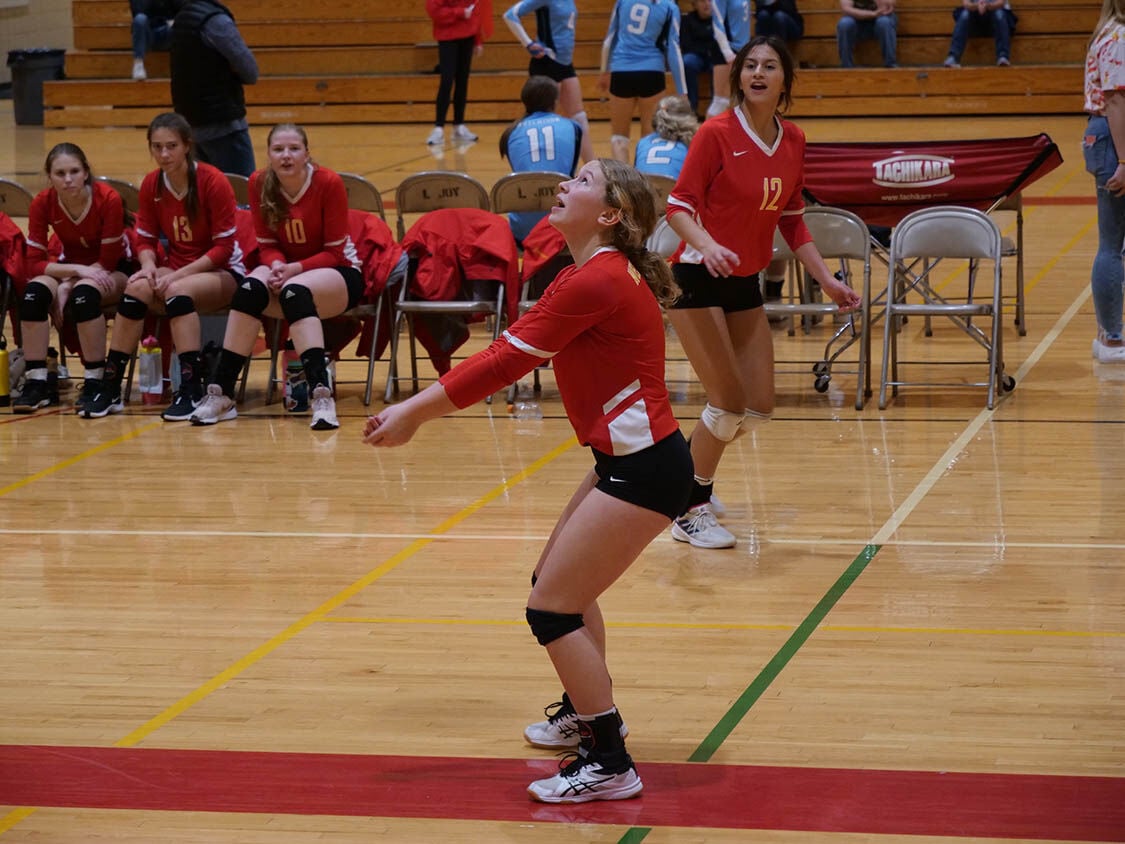 West Valley’s Sage May (center) waits for the ball as her teammate Grace Troppmann (12) looks on. Hart Pisani/News-Miner

West Valley’s Sage May (center) waits for the ball as her teammate Grace Troppmann (12) looks on. Hart Pisani/News-Miner

Fresh off a strong showing in their own tournament last weekend, the West Valley Wolfpack were able to claim their first victory of the season on Wednesday.

For West Valley, it was a nice way to resume play following their tournament. Prior to the West Valley Invitational, the Wolfpack had been defeated soundly in all of their competitions.

Wednesday night, they were the ones collecting a sound victory.

As for the Hawks, it was a struggle yet again. It was only the second full game for Hutchison after they showed some potential while getting swept by Mt. Edgecumbe last week. Over the weekend, however, they were unable to win a set at the WVI and found themselves swept yet again on Wednesday. The Hawks have yet to win a set so far this year, though they’re gaining experience for several players who’ve never played volleyball before.

Hutch hosted Monroe on Friday night in a game that ended after press time. West Valley will next play on Thursday in Palmer while Hutch will next play Tuesday against Lathrop.

Hutchison’s Grace Halbrooks goes up for the ball during the West Valley Invitational on Friday. Hart Pisani/News-Miner

Come Drive For Us! Train now for work