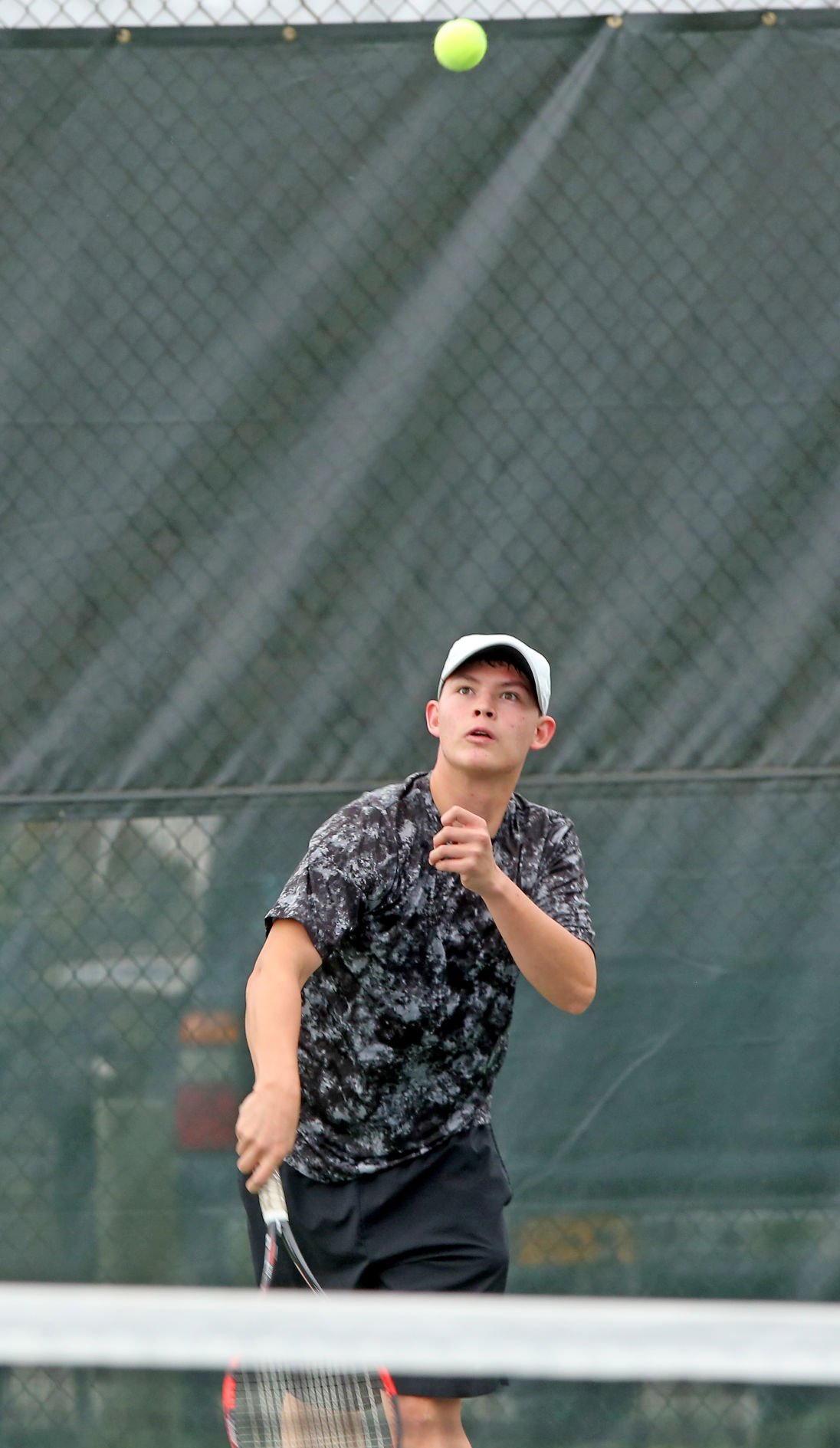 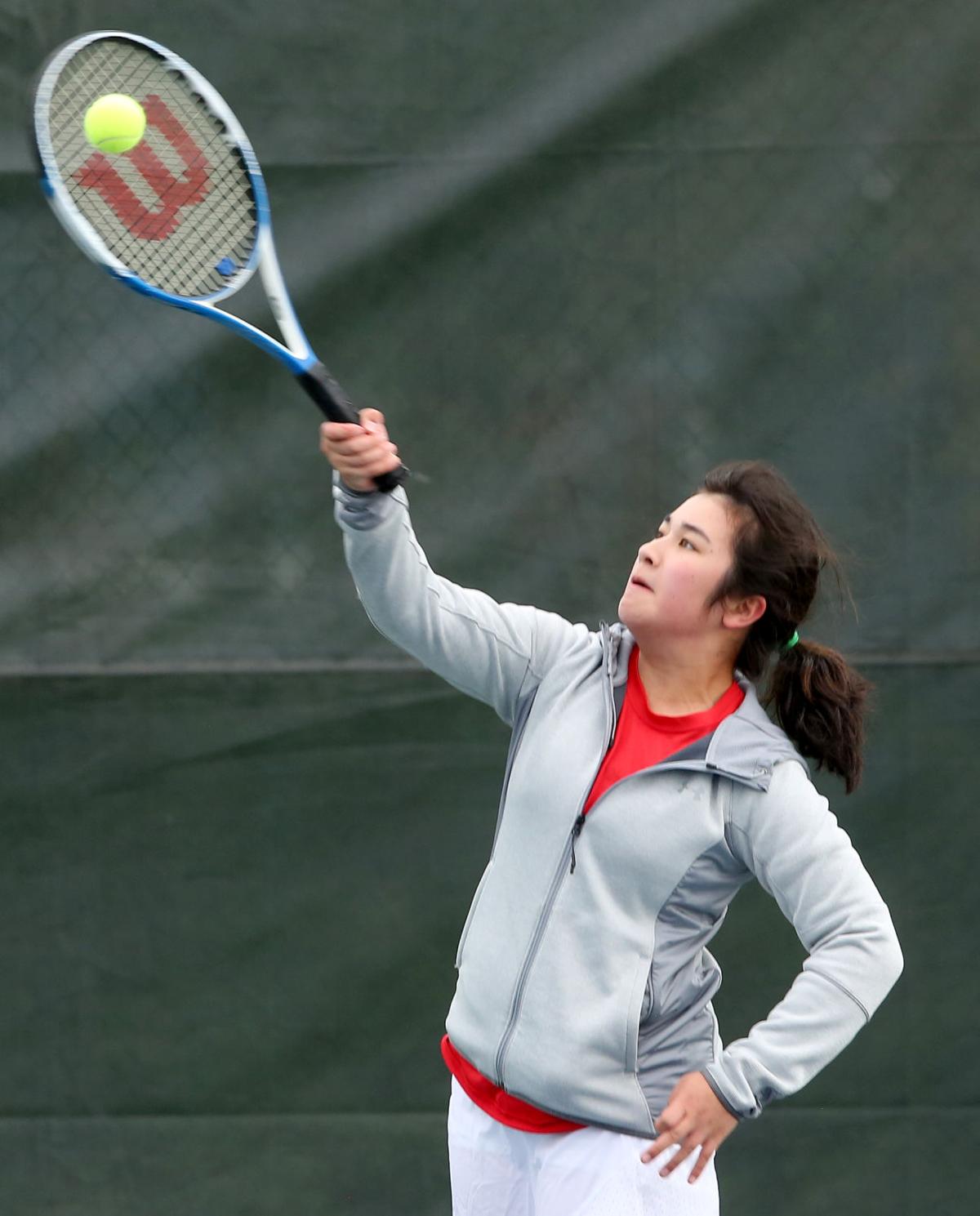 He observed plenty during the Mid Alaska Conference regular season-opening dual meet between the Hutchison Hawks and West Valley Wolfpack.  It was because in his first year of coaching high school tennis in the Interior, and he’s the head coach for both teams.

“It’s a little difficult having to coach both teams, but I’m just glad to see a lot of kids out playing tennis,’’ Markham said after the dual meet.  “We’ve got a lot of beginners, and I think we’re going to have a fun year.”

Markham’s coaching status isn’t unique this season or in the 15-year-old history of high school tennis in this part of Alaska.

Brett Carlson is the head coach this season for Monroe Catholic and Lathrop, which also is his alma mater. In 2013, for example, Milo Griffin coached the Lathrop and West Valley teams simultaneously.

Markham gets another day this week to be more acquainted with his teams, as Thursday’s action ended incomplete.

West Valley was ahead 4-2  with one match to be played, the boys doubles between Hutchison’s Isaiah Moore and Cooper Irinago and West Valley’s Finn Willson and Aidan Payan.

Both teams were short players in the season opener because some of their athletes didn’t have the 10 practices required by the Fairbanks North Star Borough School District to be eligible to compete. The boys doubles match was rescheduled for 10 a.m. Saturday at the Ramras courts.

Fun was part of Markham’s approach for the Wolfpack and Hawks.

“My priority is just to have fun and enjoy the sport. This is a great sport, something you can play for your whole life at any ability,’’ he said. “I just want them to keep improving no matter where they’re at. Just have fun.”

The Hutchison sophomore prevailed 7-6 (7-5), 7-6 (7-4) over Willson in a boys No. 1 singles match that lasted nearly two hours. He recovered to play mixed doubles with junior teammate Sofia Squires, who was competing for the first time Thursday.

Moore and Squires won 6-2, 6-0 over West Valley’s duo of Payan, a freshman, and Samantha Stark, a sophomore.

Moore paced himself in the mixed doubles match by playing conservatively.

“I had a 10-minute break (after the singles match) but I didn’t really want to wait 10 minutes,’’ Moore said. “I wanted to get back out and play; so I conserved my energy throughout the doubles match so I wouldn’t be out of energy by the end.”

Despite the loss, Stark was happy to play in the MAC’S first dual meet of 2018 after facing only teammates in practices.

“It’s kind of stressful but it’s also kind of fun,’’ she said. “It’s really stressful at first, but then you kind of chill after a while. Everyone’s kind of having fun after the first few games.”

Payan earned a win earlier Thursday with a 6-4, 6-3 decision over Trinago in the boys No. 2 singles match.

Morgan Ely figured into two wins for the Wolfpack. She defeated Anakarin Brosnan 6-1, 6-1 in the girls No. 2 match, and combined with Naomi Hartman for a 6-1, 6-0 decision over the Hawks’ girls doubles of Karilyn Blanchard and Brosnan.

West Valley swept the girls singles, as Jordan Dick gained a 6-4, 6-1 decision over Blanchard in the No. 1 match.

Lathrop’s bid for a shutout was interrupted by North Pole’s Paige Stapp winning 6-3, 6-3 over Hannah Knott in the girls No. 2 singles match.

Luke Millam won by the same score over the Patriots’ Luke Roehrig in the boys No. 1 singles match. Millam teamed with Fletcher Burnett for a 6-2, 6-3 win over Roehrig and Anthony Infantalino-Duncan in boys doubles.

Lathrop’s Riley Knott won 6-0, 6-0 over Caleb Roehrig in the boys No. 2 singles match,  and Knott and mixed doubles partner Helen Wharton won by the same score over Amber Stewart and Caleb Roehrig.

Former NASCAR racer Kenny Wallace put on quite the show at Mitchell Raceway this past weekend.

Juneau, Alaska AEL&P is seeking an