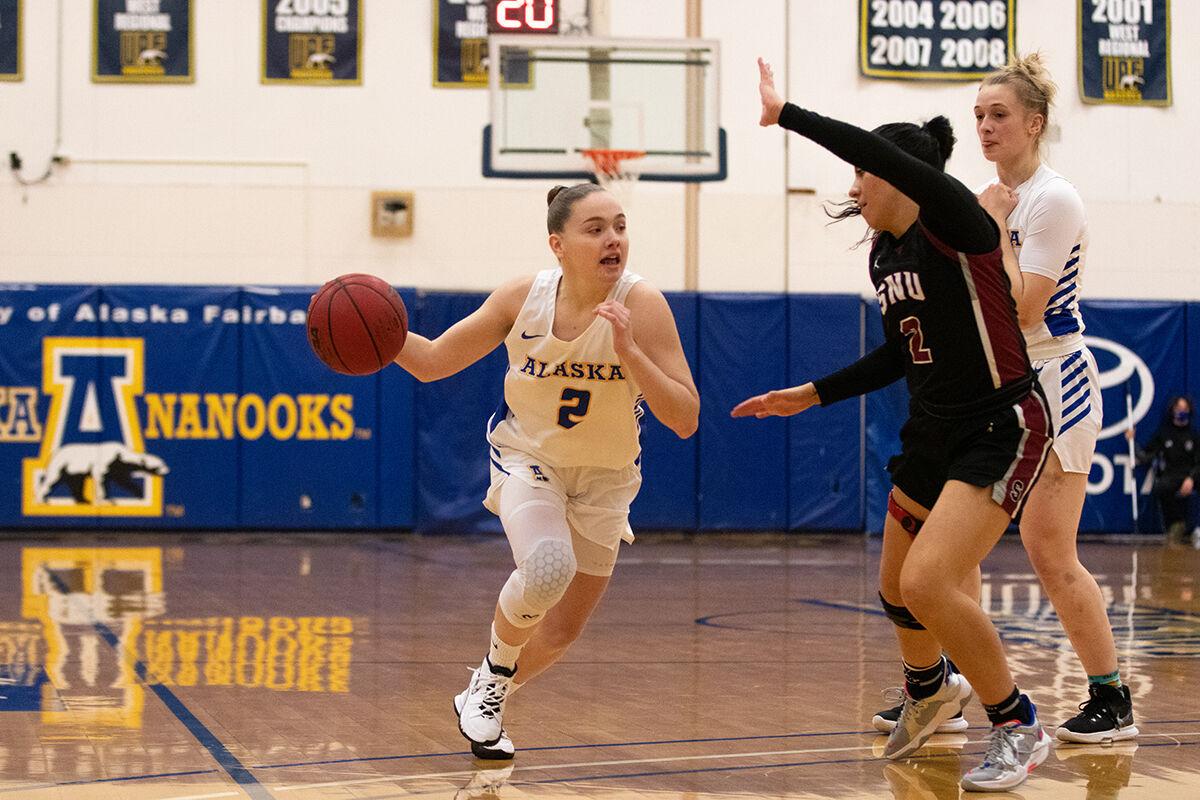 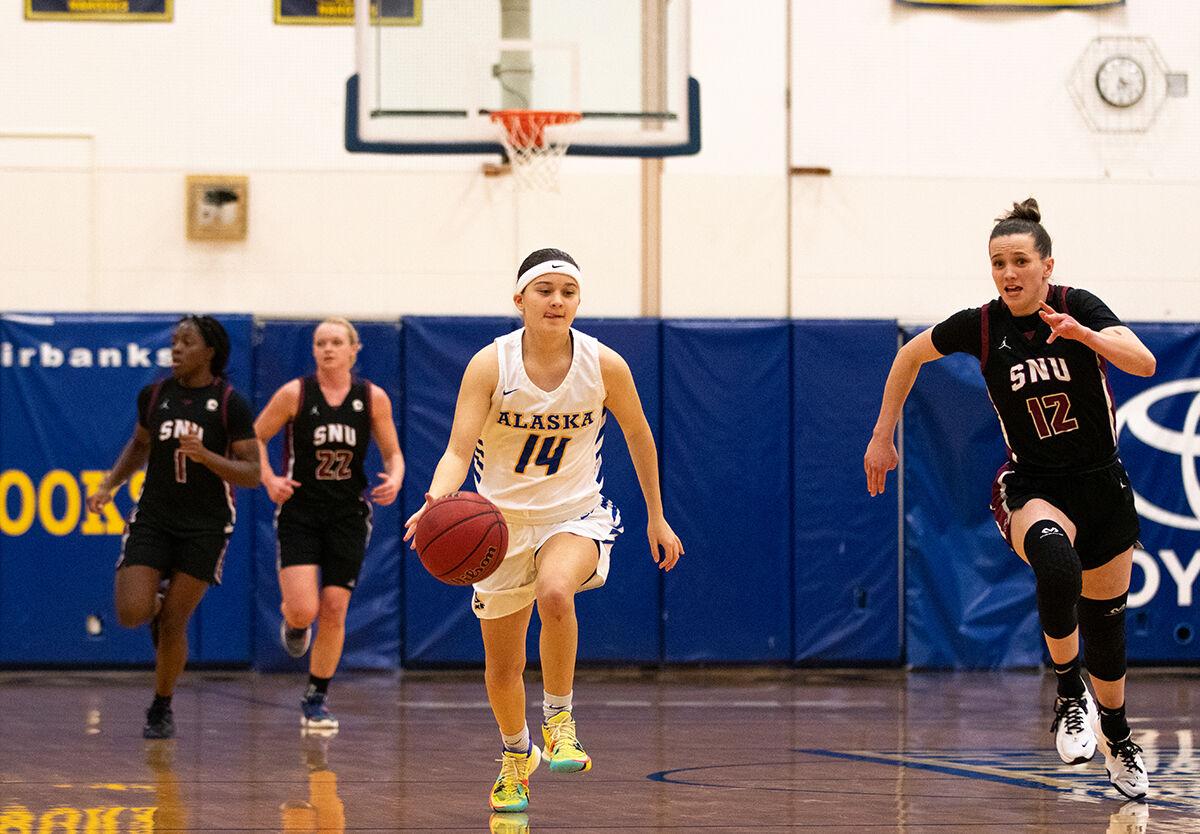 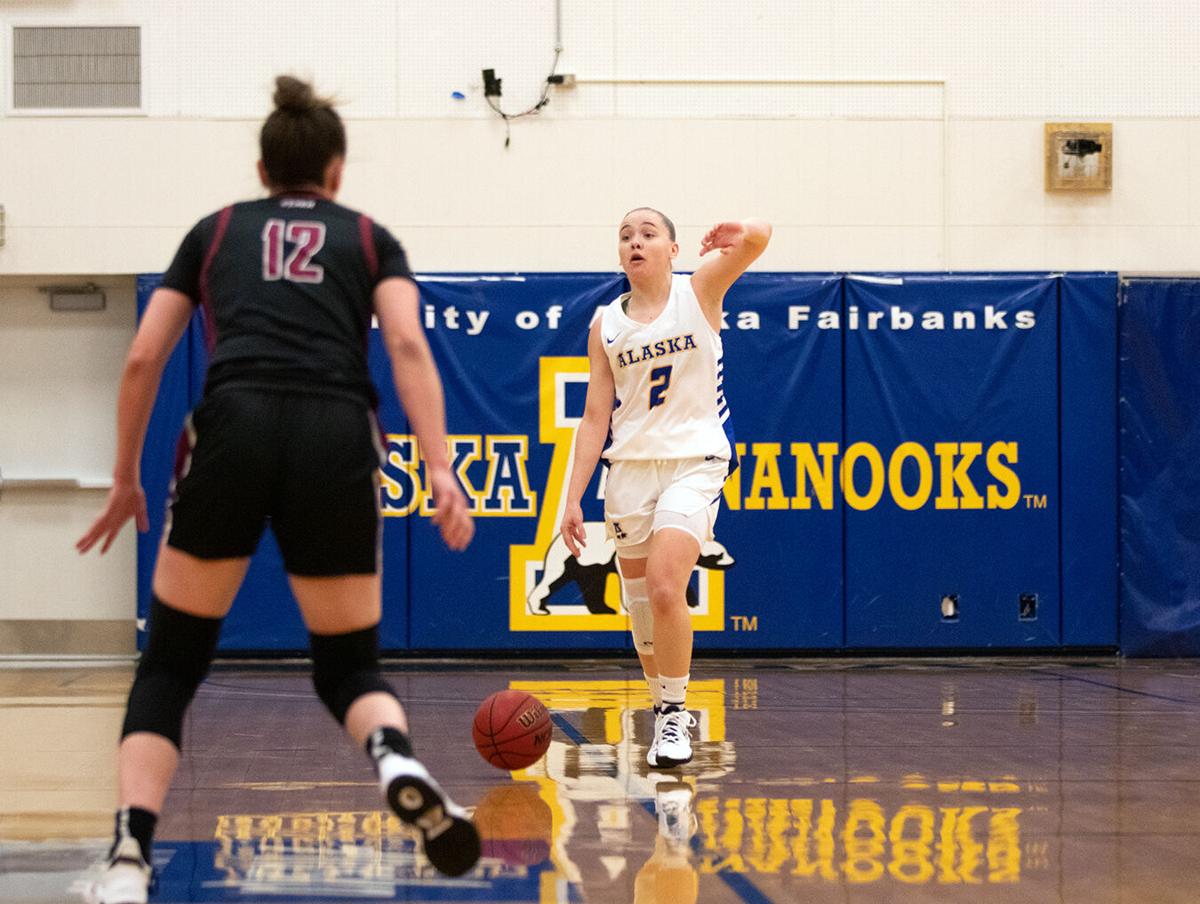 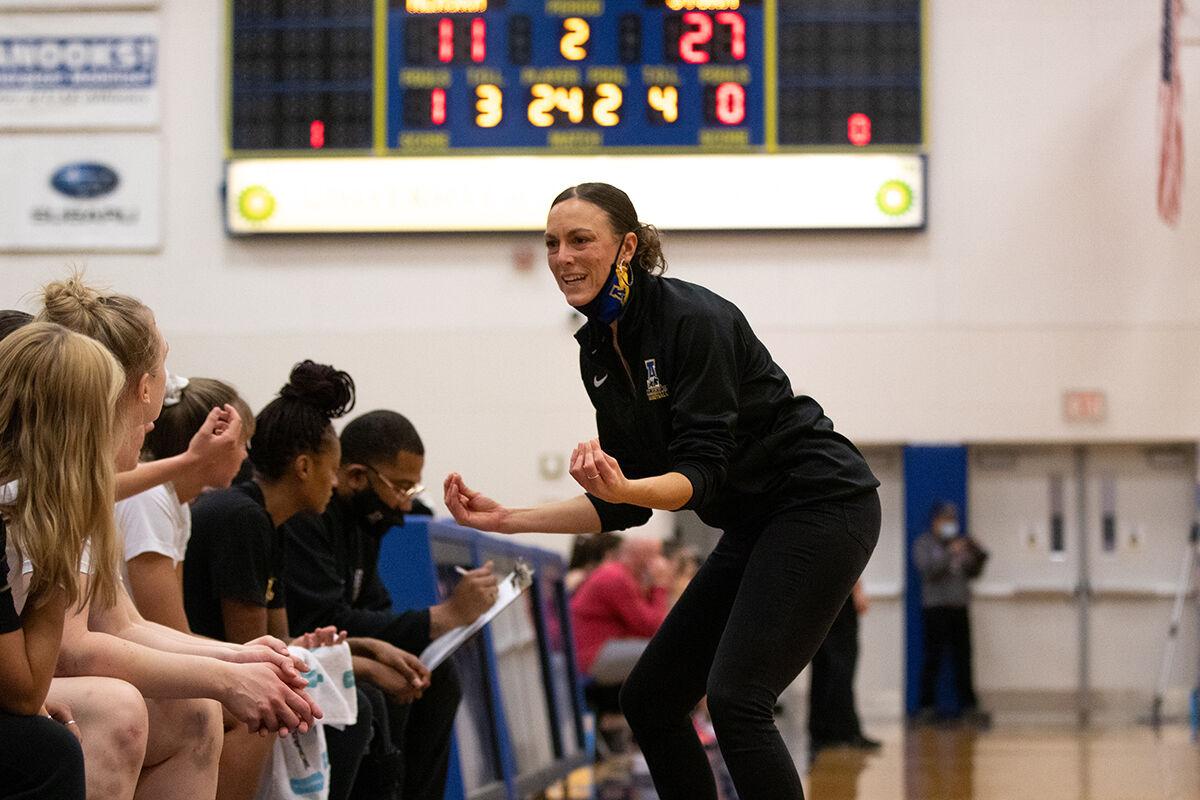 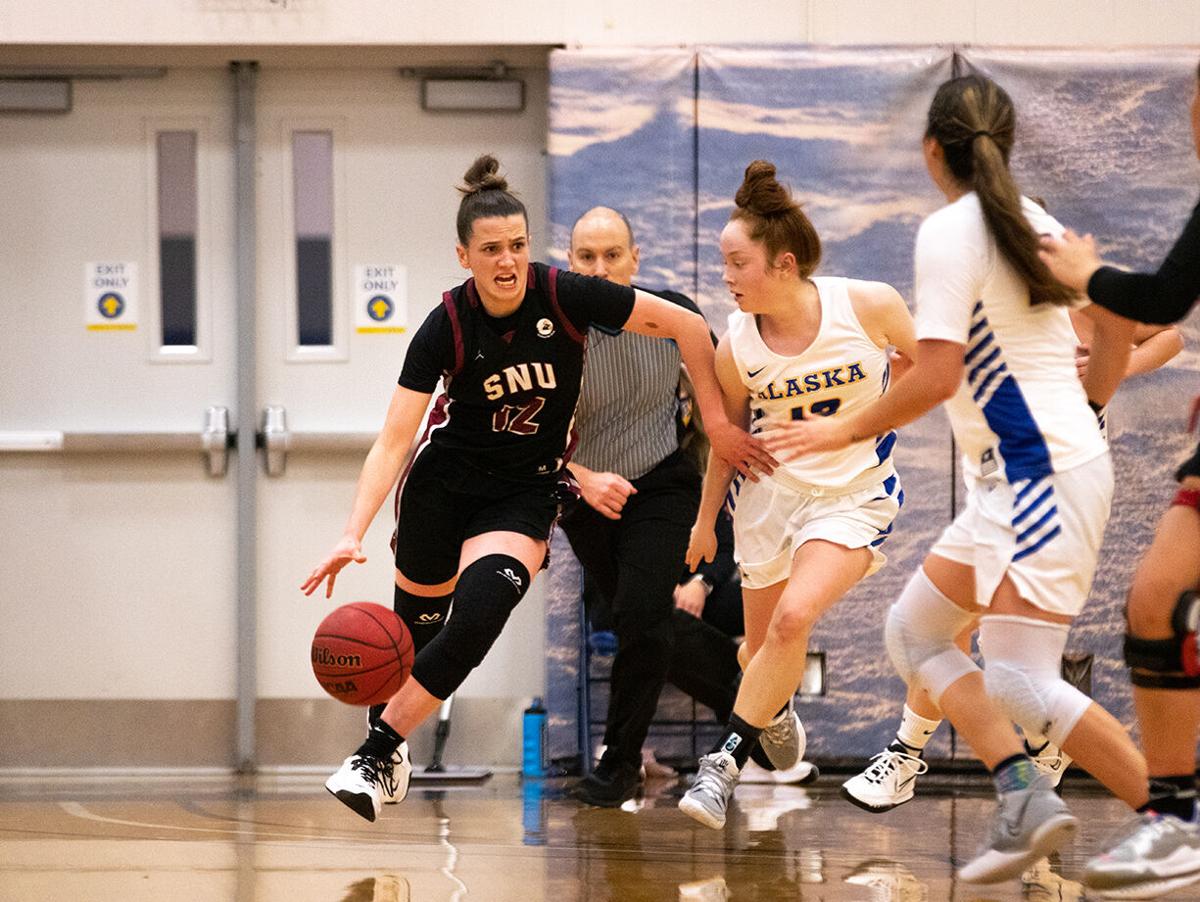 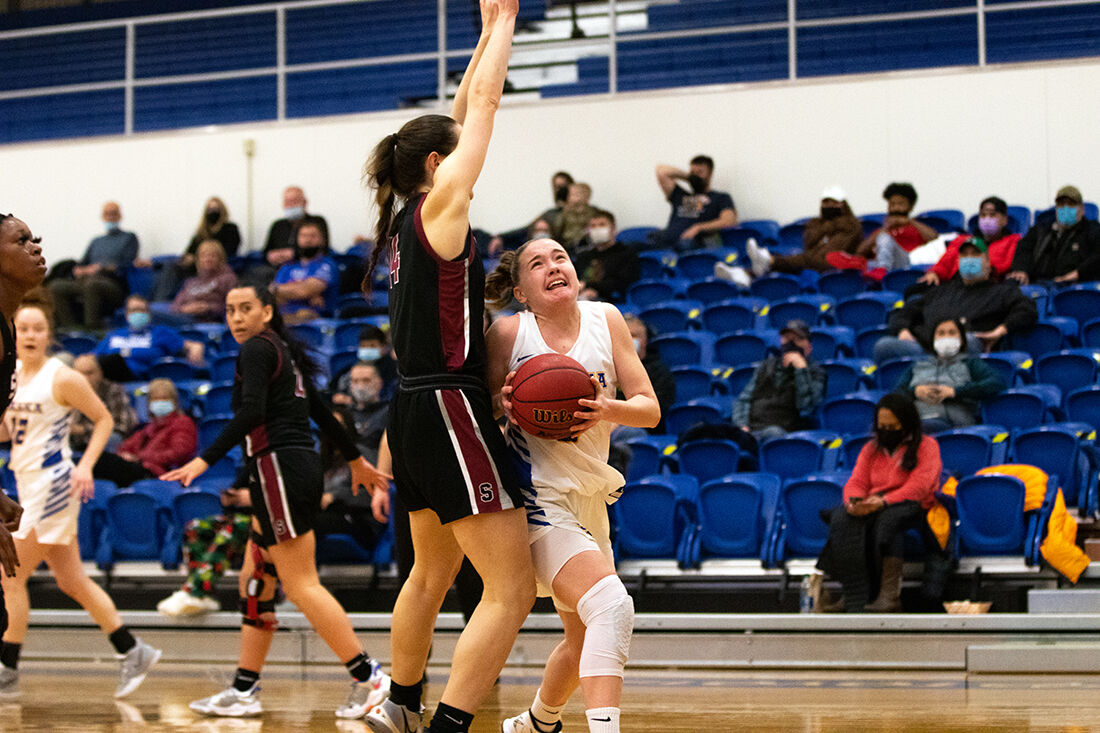 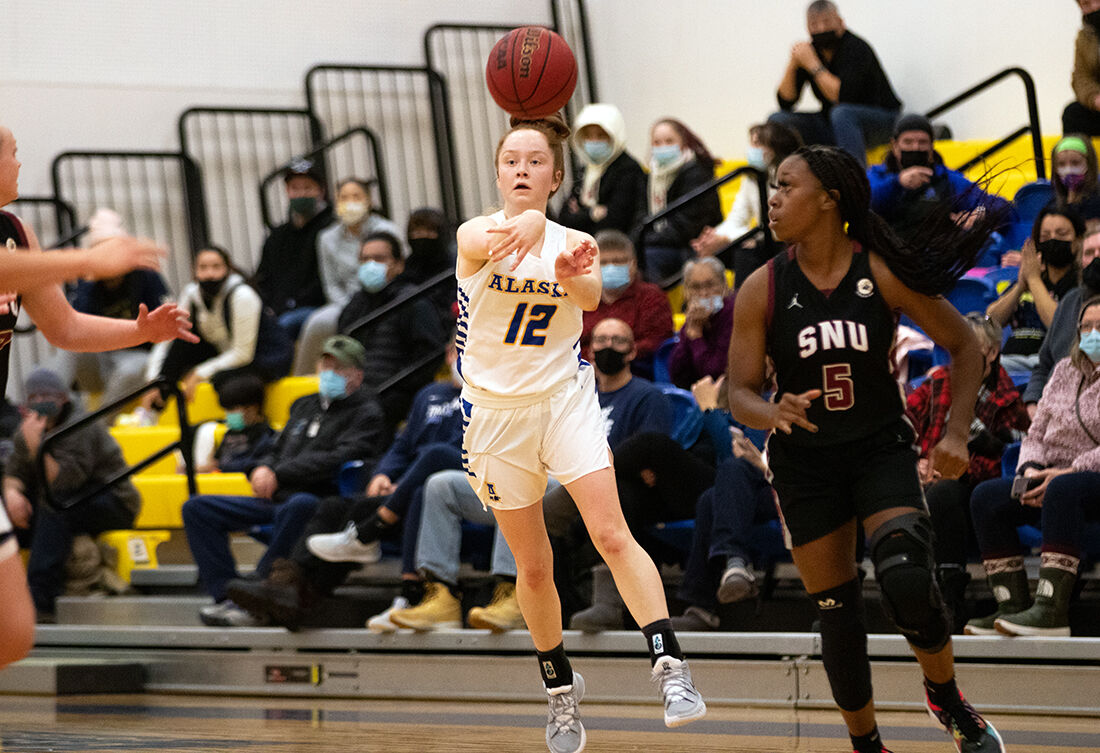 UAF would not prevail, dropping their third game of the weekend, 87-62, to Southern Nazarene University.

In the early game, the University of Tampa Spartans repeated as tournament champions with a win over Northwood University, 61-49.

The late game was a coast-to-coast win for the Crimson Storm who opened the game 21-0, before freshman guard Savannah Huerta put-in a layup to get UAF on the board.

Huerta was the lone bright spot for the Nanooks, finishing with 18 points, two rebounds and three steals off the bench.

The turnovers, in particular, sank the Nanooks as nearly half of the SNU’s points came off Nanook turnovers, with 43.

Interim Head Coach Jessie Craig spoke about how young her team is, and UAF showed that youth.

After a near triple double last night, freshman guard Paola Perez-Mendoza came back to earth finishing 0 points, one assist and eight turnovers. Fellow freshman Destiny Reimers added six turnovers of her own.

Reimers was the lone Nanook to join Tampa’s Nagy on the all-tournament team. Remiers averaged 14.7, six rebounds and three steals during the tournament.

The Nanooks will look to get back in the win column next week as GNAC play opens on the road, facing Western Oregon University and Saint Martin’s University on Thursday and Saturday, respectively.

UAF will not return to the Patty until the end of December to play Montana State University-Billings and Seattle Pacific University.

The Daily News-Miner is seeking to hire

Help the University of Alaska Human