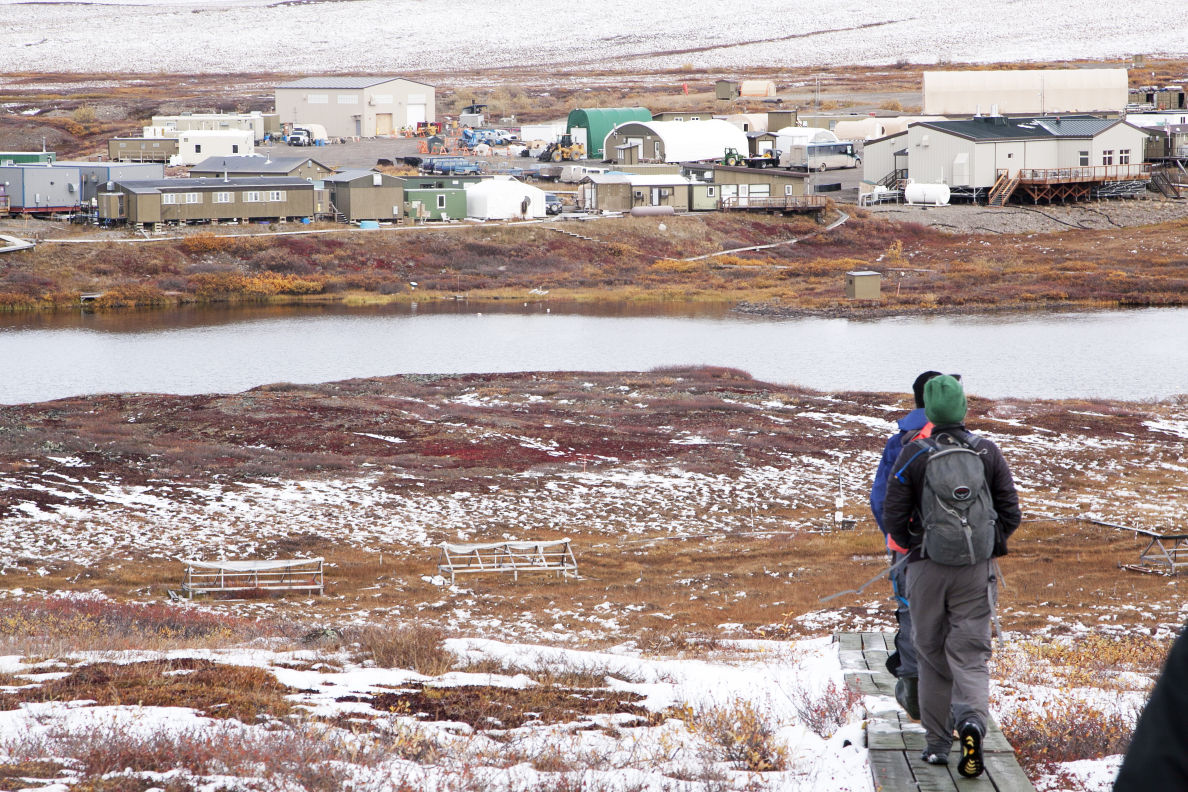 Graduate students return with their guide to the UAF Institute of Arctic Biology’s Toolik Field Station after taking a hike through fall-colored vegetation and snow. 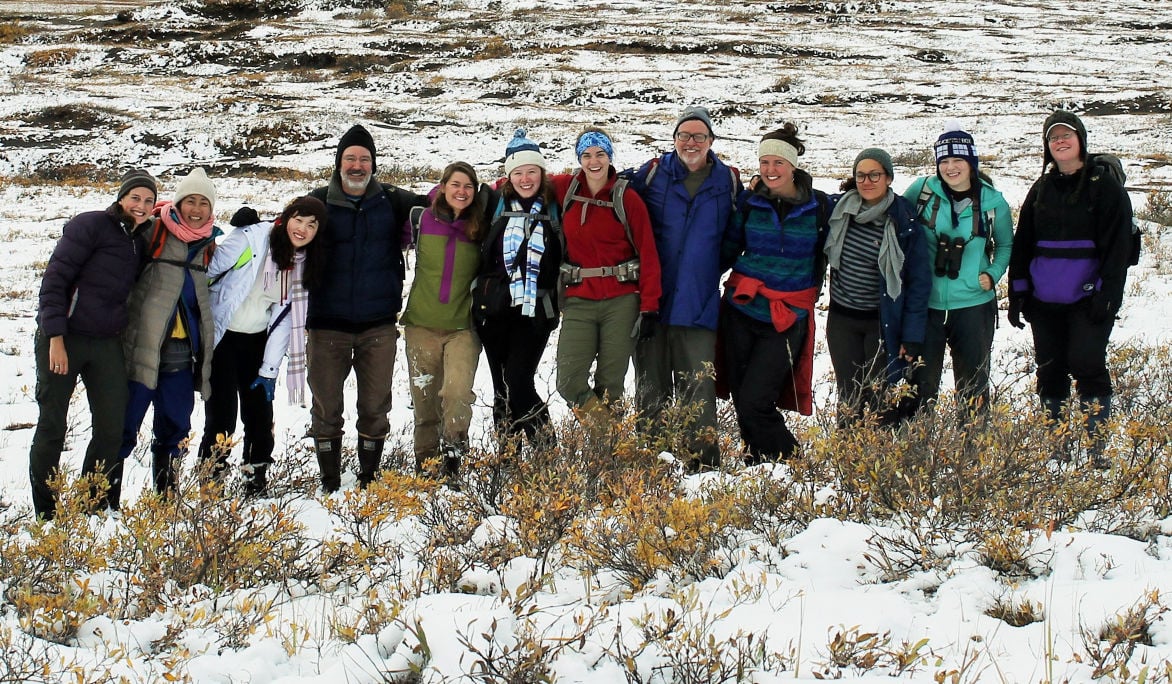 UAF graduate students pose for a photo during a trip to explore the Arctic. 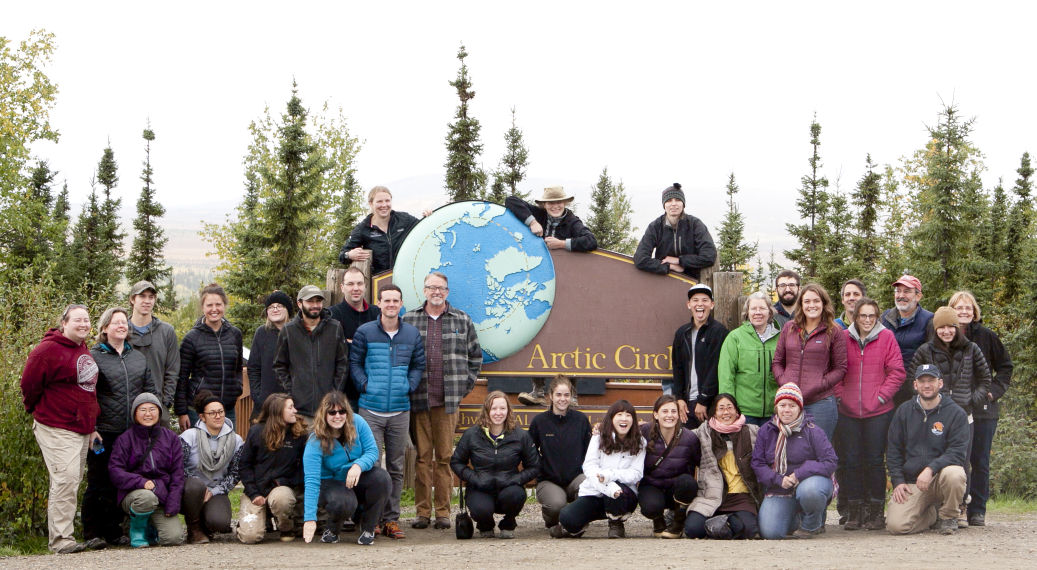 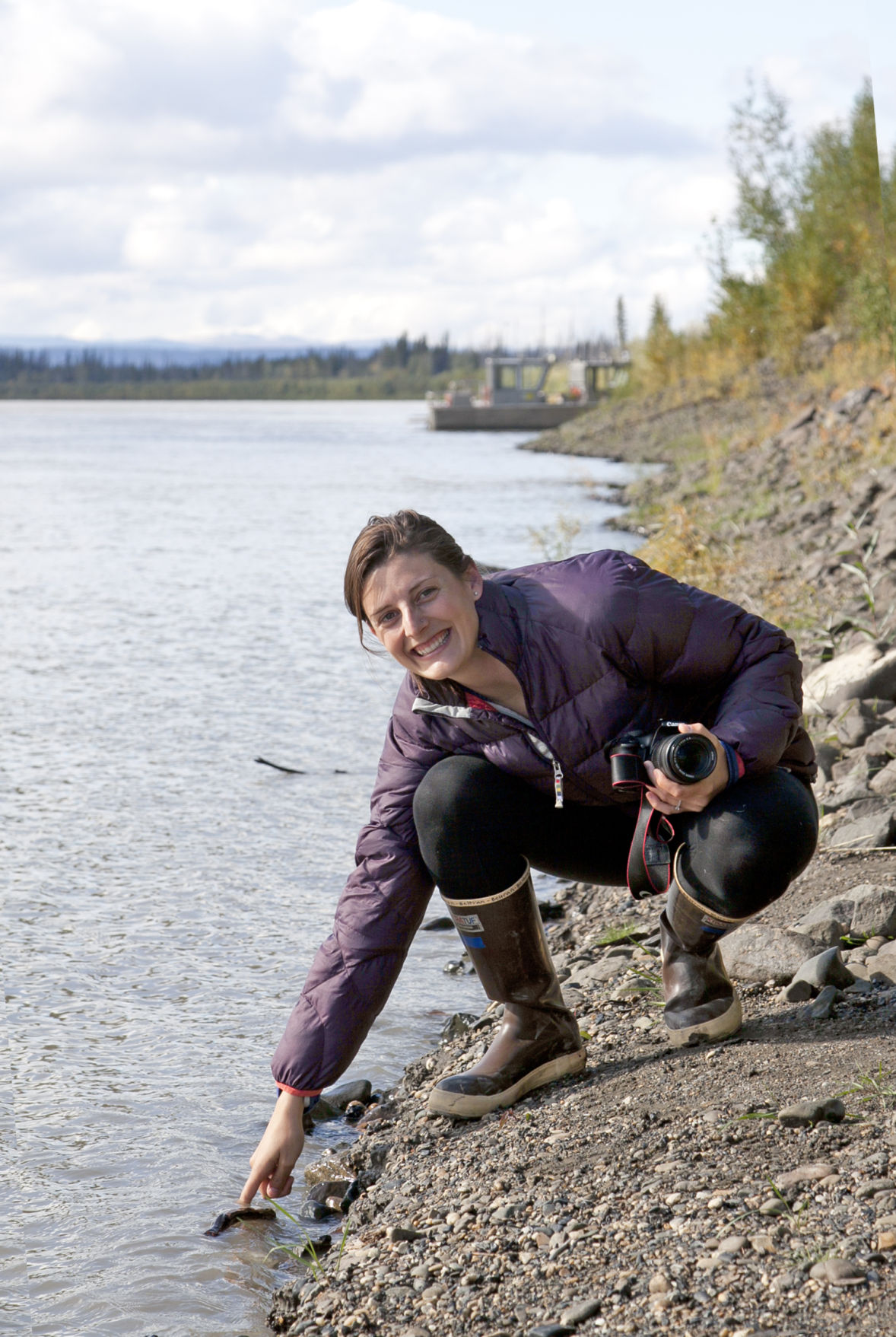 Roxanne Beltran, a UAF graduate student who will be studying Weddell seals in Antarctica, touches the mighty Yukon River on her way back from a group trip to UAF’s Toolik Field Station in the Arctic.

Graduate students return with their guide to the UAF Institute of Arctic Biology’s Toolik Field Station after taking a hike through fall-colored vegetation and snow.

UAF graduate students pose for a photo during a trip to explore the Arctic.

Roxanne Beltran, a UAF graduate student who will be studying Weddell seals in Antarctica, touches the mighty Yukon River on her way back from a group trip to UAF’s Toolik Field Station in the Arctic.

FAIRBANKS — Within 48 hours of meeting, we found ourselves huddled around a bonfire, sheltering each other from the horizontal and seemingly endless snowfall and recounting the day’s hikes.

My name is Roxanne and I was born and raised in San Diego, California. Since then, I have followed a steady northward trajectory to follow my dreams of becoming a professor in marine ecology. For my Ph.D. thesis at UAF, I will be traveling to the truly polar opposite end of the world — Antarctica — to study Weddell seals and the interactions between the timing of their life-history events, animal body condition and the environment. I want to develop simulation models for Weddell seals to predict their behavioral and physiological responses to climate change and commercial fishing pressure.

Our drive to Toolik Field Station was long and the road twisty, snowy, icy and muddy. Each truck we passed came along with an uncertainty of whether our windshield would be splattered by muddy water or struck by a stray pebble. Yet my window was one of many on a bus with clear views. I could see a mosaic of autumn colors dotting the mountains — dark green spruce needles, light yellow birch leaves, red fireweed, and the occasional white patch of snow. The patches merged until they seamlessly covered the ground. At last, we reached Toolik Field Station where dinner welcomed us.

UAF’s Institute of Arctic Biology runs Toolik Field Station, which is truly a scientist’s dream. Imagine a small science metropolis centered perfectly between snowy mountain peaks and a calm lake, complete with a 24-hour kitchen stocked full of delectable snacks and warm meals, and all of the science support you could ever wish for — including helicopters.

The station was surprisingly similar to McMurdo Station, a U.S. research station in Antarctica where I studied Weddell seals for my master’s degree at UAA. Both stations have fantastic around-the-clock science support and fun station activities (I was lucky enough to run the Antarctica Half Marathon last year), which allow for scientific success and personal happiness. The main difference between the stations is the accessibility — whereas Toolik Field Station can be accessed by land or air, McMurdo can only be accessed by a treacherous ship crossing of Drake Passage from the tip of South America or three days of flying from the U.S. This means that Toolik Field Station has a more steady supply of fruits and vegetables (lovingly referred to as “freshies”) throughout the year, whereas in Antarctica, we were lucky to get a weekly salad.

It took only a quick conversation to draw parallels between our disciplines. Together, we discussed the importance of engaging Native communities in our research endeavors. The Arctic and Northern Studies students discussed the importance of preserving time-sensitive artifacts such as films, oral histories and species’ natural histories before drastic social and environmental changes erode away more of the memories. I also got to meet a geoscience student who will be working at my research site in Antarctica.

We spent two nights at Toolik Field Station and then loaded up the bus and drove back to Fairbanks with newfound excitement to begin the next few years of our graduate programs. We were grateful to have had the opportunity to get to know each other and learn about the diverse paths we had taken to get to the Arctic.

Roxanne Beltran is a doctoral student studying wildlife biology and conservation in UAF’s College of Natural Science and Mathematics, Department of Biology and Wildlife. She will be studying Weddell seals in Antarctica.