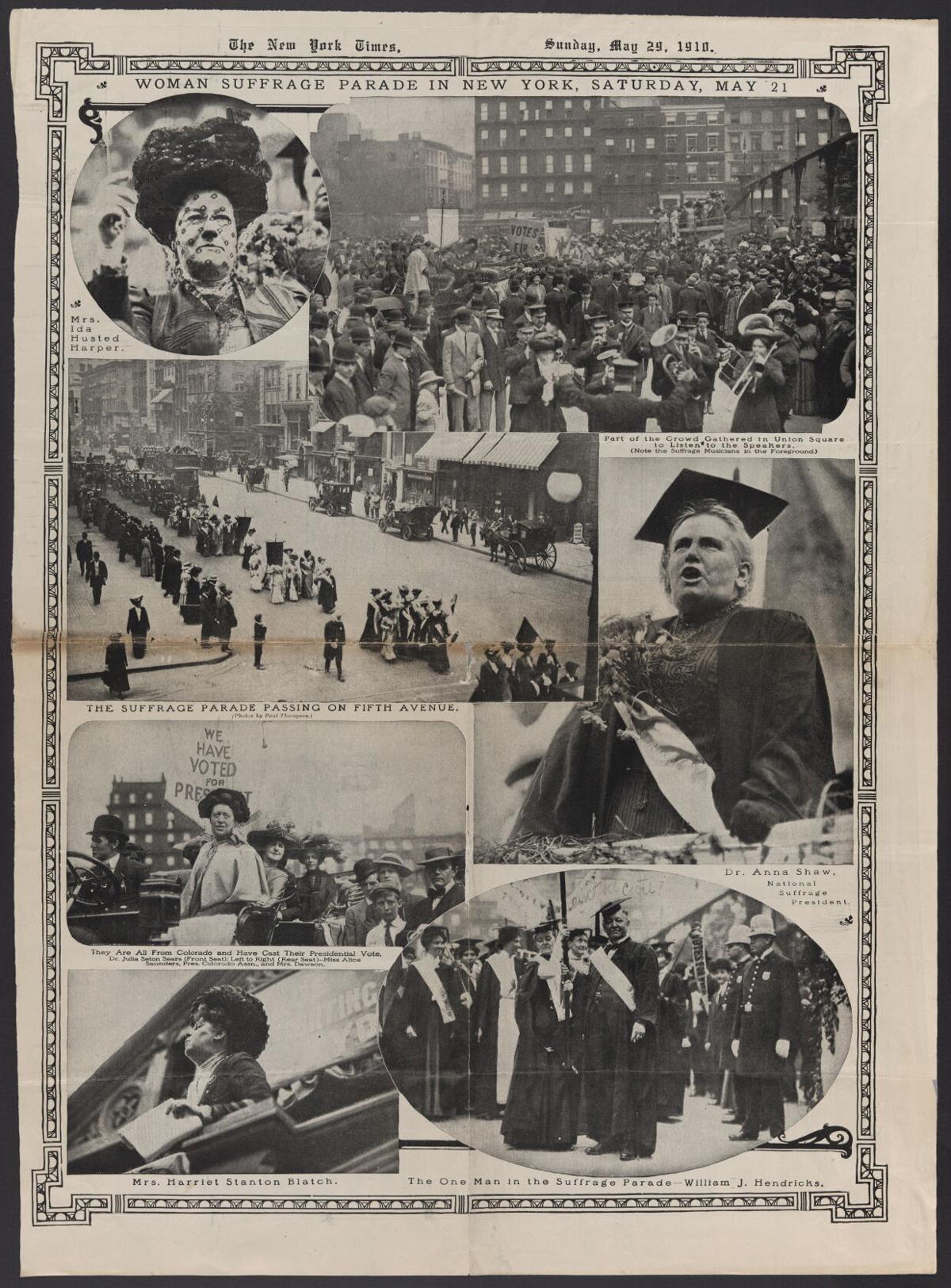 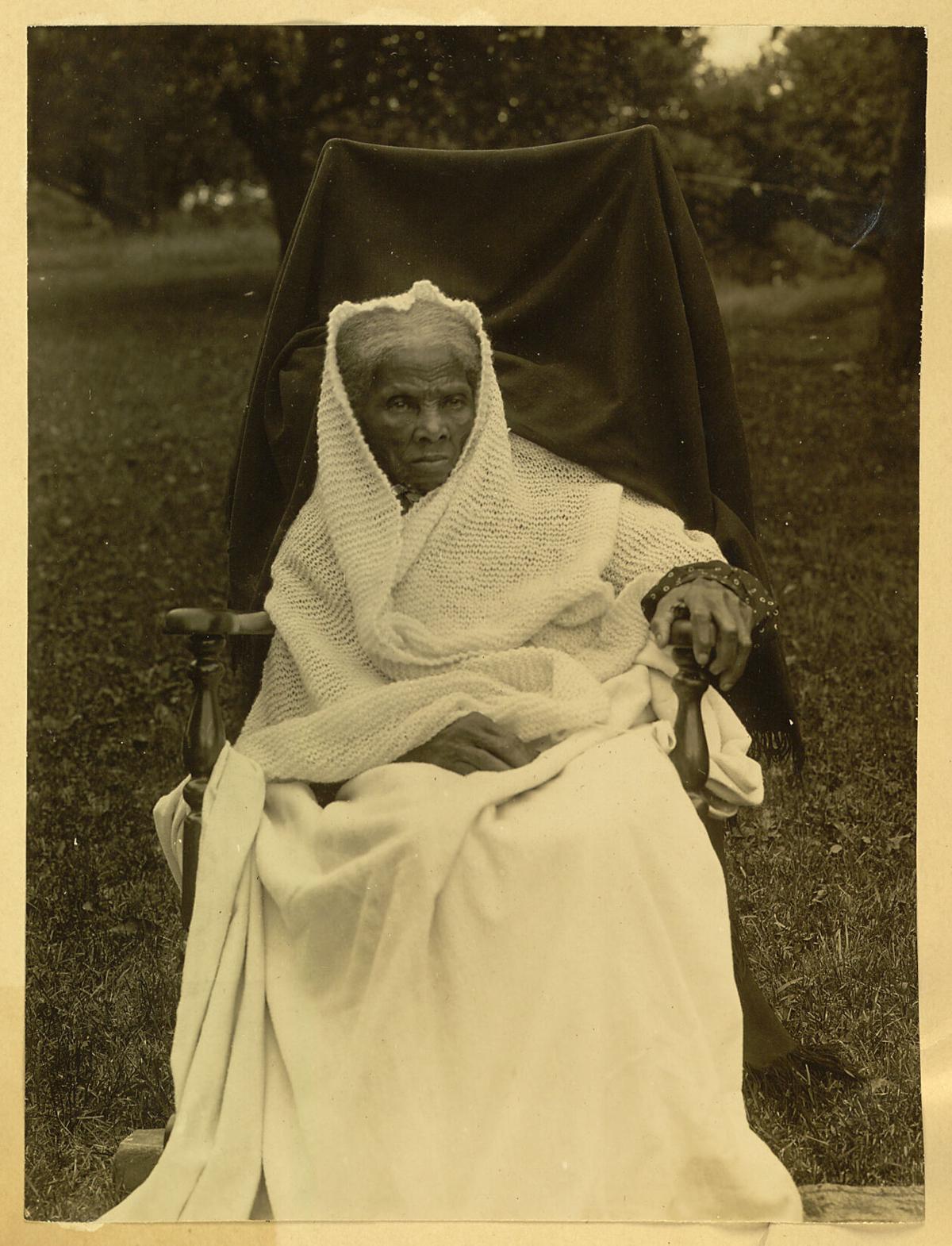 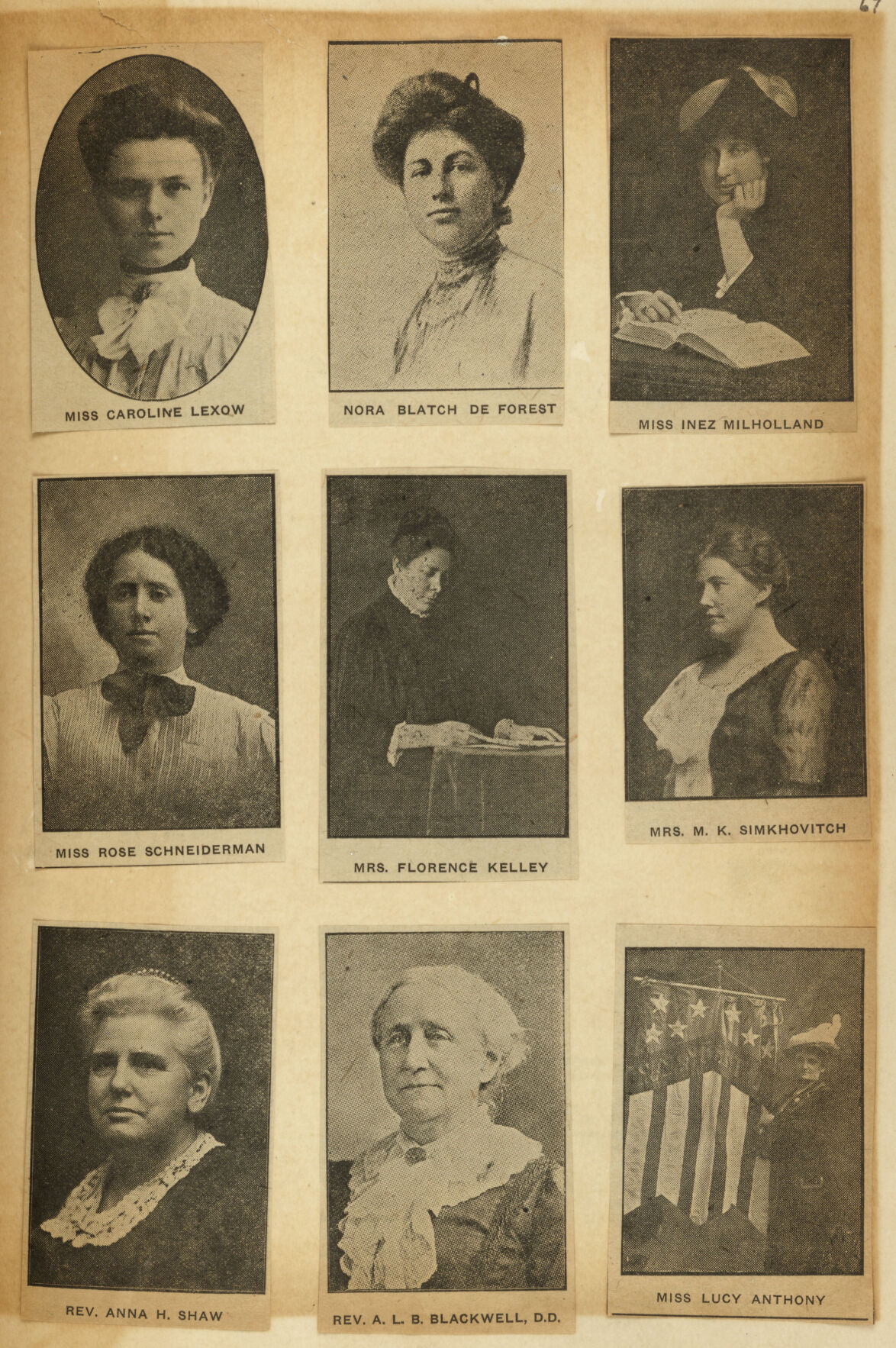 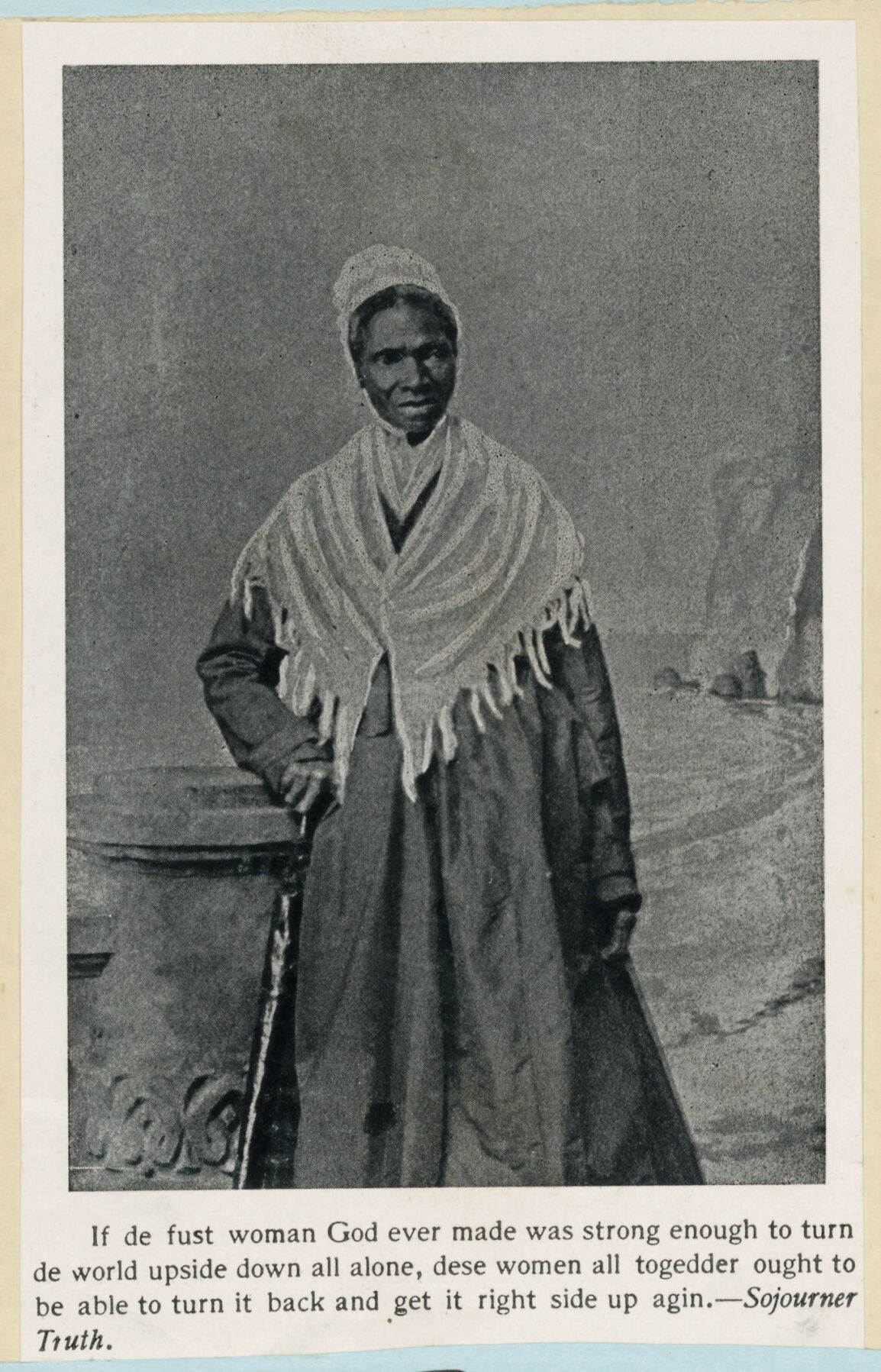 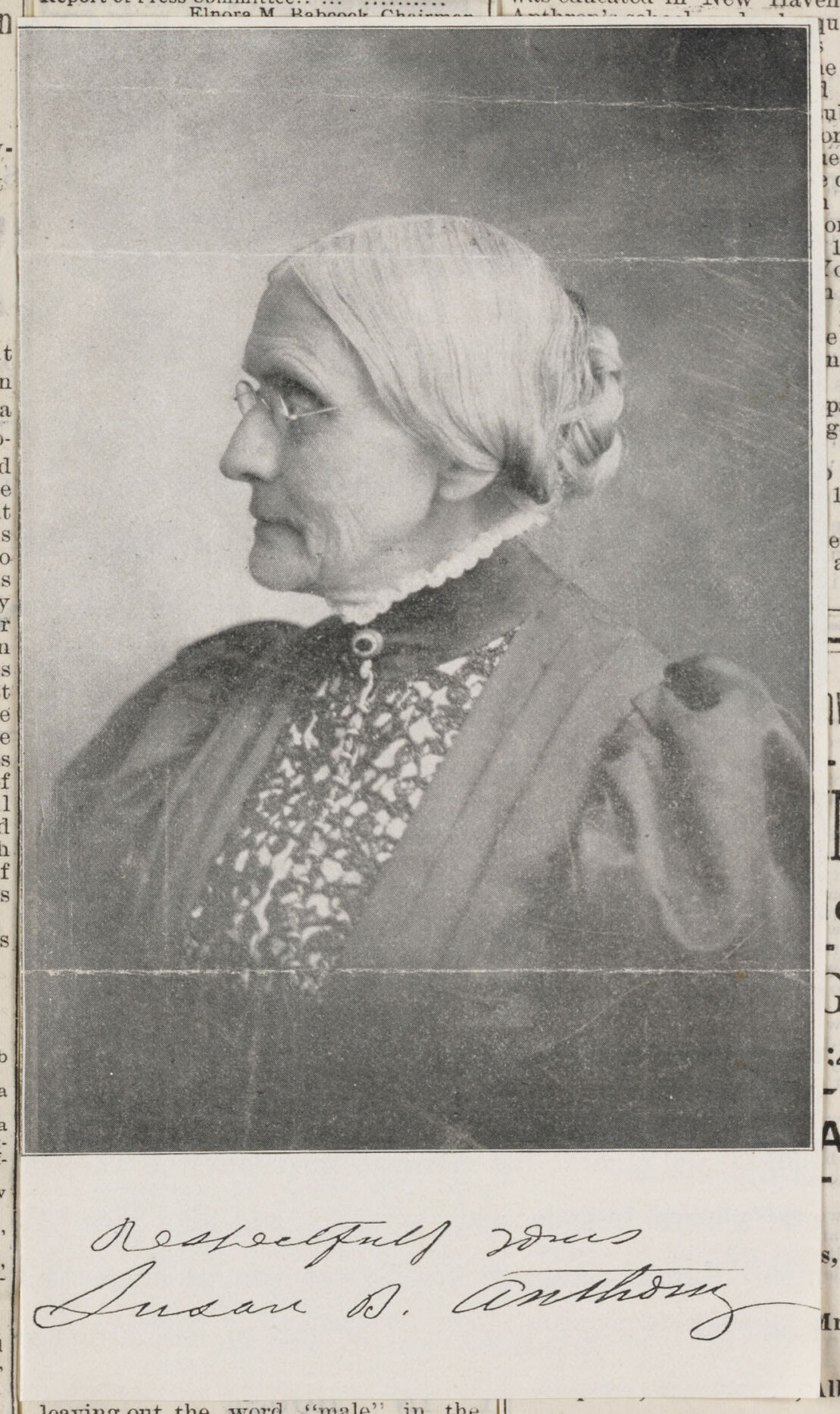 August 2020 marks several landmarks in the long struggle for voting rights for women. Aug. 18, 1920 saw the ratification of the 19th Amendment to the U.S. Constitution by the state Legislature of Tennessee, and on Aug. 26, 1920 the amendment was officially added to our Constitution and meant that women who were U.S. citizens had the right to vote in all states of the Union. Neither of these events was the beginning or the end of America’s struggle to determine who may vote. Instead, it has been a long, challenging, and continuing battle to recognize that one of the key privileges of citizenship is the right to vote.

Our Constitution itself has very little to say about who is a qualified voter and what exactly citizenship means. It was left to the states to determine voter qualifications. A few of the original states allowed voting by women and free Black men in certain circumstances, but for the most part early American voters were white men who owned property or paid taxes. Even the qualifications for the minority of the population who might qualify to vote varied from state to state. In 1806, when New Jersey abolished its provision for women to vote, no women anywhere in the country could legally vote. In early elections, less than 10% of the population constituted the new country’s male electorate.

In the early 1800s, as Americans discussed and refined the qualifications for voting and tried to address under what circumstances the new waves of German and then Irish immigrants might or might not qualify to become citizens, women began to look for their rights as citizens as well. Women at that time had very few legal rights in marriage. Not only were they ineligible to vote but also they could not own property, enter into contracts independently, work at most jobs, be admitted to higher education, or have custody of their children should they escape a troubled marriage. Nor were they even allowed to speak publicly to what were then called “promiscuous audiences” (audiences that contained both females and males.) As doors to education began to open for a few women, they began to look for ways to improve the lot of all women. Many of these women became activists in the movement to abolish slavery, and, as they joined abolition groups, they began to see that they were limited in their advocacy because they had no standing as voters.

In that environment, five abolitionist women in upstate New York in 1848 organized a gathering to discuss women’s rights. The Seneca Falls convention attracted women and men to discuss the rights of women and draw up resolutions for action. Their discussion resulted in 11 resolutions, 10 of which passed with enthusiastic unanimity, but one resolution that Elizabeth Cady Stanton had added despite her fellow organizers’ and her own husband’s objections called for the right of women to vote. It became the most hotly debated topic of all. It was only when Frederick Douglass, the only African American delegate, spoke up for the need for women’s suffrage that the resolution passed. After that debate, the idea of women’s suffrage spread quickly, although it was to take 70 years before the warriors of the suffrage movement were able to translate their advocacy into the 19th Amendment. Susan B. Anthony soon joined Stanton in devoting her life to the cause, and we still know their names today. But along with Anthony and Stanton were others who should be remembered.

You already know the names of Sojourner Truth and Harriet Tubman, who spoke and acted against slavery, but did you know that both of these towering figures were active and outspoken as women’s suffragists? National and local organizations for women’s suffrage bloomed, merged, and faded during the course of the next 70 years. From these groups came women like Lucy Stone, a stirring orator and devoted abolitionist, and Frances Ellen Watkins Harper, an African American poet, orator, and abolitionist. We should know these names and learn more about them.

After the Civil War, the women’s suffrage movement foundered when the nation debated the 14th and 15th Amendments that established Black men as voters. The suffragists, who had worked hand and glove in the abolition movement, thought the end of the Civil War and the abolition of slavery would bring equal rights for all, including the right to vote. Instead, they were told that it was the “Negro’s hour” and that women of all races would have to wait. In spite of the fact that the leaders Stanton and Anthony, who felt betrayed by compromise, uttered racist comments in their bitterness and actively opposed the 15th Amendment, women of all races continued the struggle despite the resulting division in the suffragist ranks.

Many African American suffrage leaders like Ida B. Wells and Mary Church Terrell continued organizing and protesting for the right to vote. In the West, some of the newer territories and states began to pass women suffrage acts either as acts of their legislatures or as popular referenda. Even so, the opposition to female voters continued to argue that women were not biologically suited to voting and that a wife’s vote would only 1) duplicate her husband’s vote or 2) cancel it out. When the considerable force of the Women’s Christian Temperance Union with chapters all over America embraced the cause of votes for women, the liquor industry actively campaigned against women’s suffrage. As the early leaders like Stanton and Anthony passed on, confident that their lives’ work would eventually see results, new leaders like Elizabeth Chapman Catt, Alice Paul and Lucy Burns took their places. When Woodrow Wilson was president, Paul and Burns organized massive marches and moved their advocacy to another level when they staged the first acts of organized civil disobedience in front of the White House in U.S. history as they encircled the grounds as “Silent Sentinels” six days a week for months, resulting in jailing and forced feedings. Their actions, considered outrageous by some at the time, actually brought public sympathy and pushed the needle closer to Congress and the president’s eventual acceptance of the need for a constitutional amendment.

We all need to know the names of suffragists of that time like Ida B. Wells, Mary Church Terrell, Dr. Mabel Ping-hua Lee, Nina Otero, and Zitkala-Sa and learn more about them.

Outstanding achievement though the passage of the 19th Amendment was, the struggle was not over. For an example, the Alaska Territorial Legislature had actually passed a woman’s suffrage act as its first piece of legislation when it organized in 1913. But after the passage of the 19th Amendment, Alaska Natives, male or female, for the most part were still not able to vote because their U.S. citizenship was not established until 1924, Then in 1925 the territorial legislature disenfranchised many when it enacted legislation that made passing an English-language literacy test a qualification for voting that was not stricken from our laws until 1970. African American men who had gained the right to vote through the 14th Amendment in 1868, and African American women, particularly if they lived in the South, were barred from voting by Jim Crow measures and physical violence that would not end until the civil rights movement of the 1950s and 1960s led to the enactment of the Voting Rights Act of 1965.

Even today, we read of attempts at voter suppression, so the struggle of previous generations for the right to vote continues to our day. On this anniversary of the 19th Amendment, consider your right to vote and learn more about it. For example, to learn about early Alaska suffragists, go the Alaska State Museum website to view the online exhibit Alaska’s Suffrage Stars at https://lam.alaska.gov/suffrage-star. To learn more about the suffragist warriors nationwide, visit the National Park Service site at https://www.nps.gov/subjects/womenshistory/19th-amendment.htm.

But whether or not you remember the names of any of the countless women and men who fought for the vote, let’s take the time in their honor on Oct. 6 and Nov. 3 to exercise that hard-won right.

Sue Sherif is a member of the League of Women Voters, which is also marking its 100th anniversary this year. She lives in Fairbanks.

How to get into print

The Daily News-Miner encourages residents to make themselves heard through the Opinion pages. Readers' letters and columns also appear online at newsminer.com. Contact the editor with questions at letters@newsminer.com or call 459-7574.

Send Community Perspective submissions by mail (P.O. Box 70710, Fairbanks AK 99707) or via email (letters@newsminer.com). Submissions must be 500 to 750 words. Columns are welcome on a wide range of issues and should be well-written and well-researched with attribution of sources. Include a full name, email address, daytime telephone number and headshot photograph suitable for publication (email jpg or tiff files at 150 dpi.) You may also schedule a photo to be taken at the News-Miner office. The News-Miner reserves the right to edit submissions or to reject those of poor quality or taste without consulting the writer.

Letters to the editor

Send letters to the editor by mail (P.O. Box 70710, Fairbanks AK 99707), by fax (907-452-7917) or via email (letters@newsminer.com). Writers are limited to one letter every two weeks (14 days.) All letters must contain no more than 350 words and include a full name (no abbreviation), daytime and evening phone numbers and physical address. (If no phone, then provide a mailing address or email address.) The Daily News-Miner reserves the right to edit or reject letters without consulting the writer.