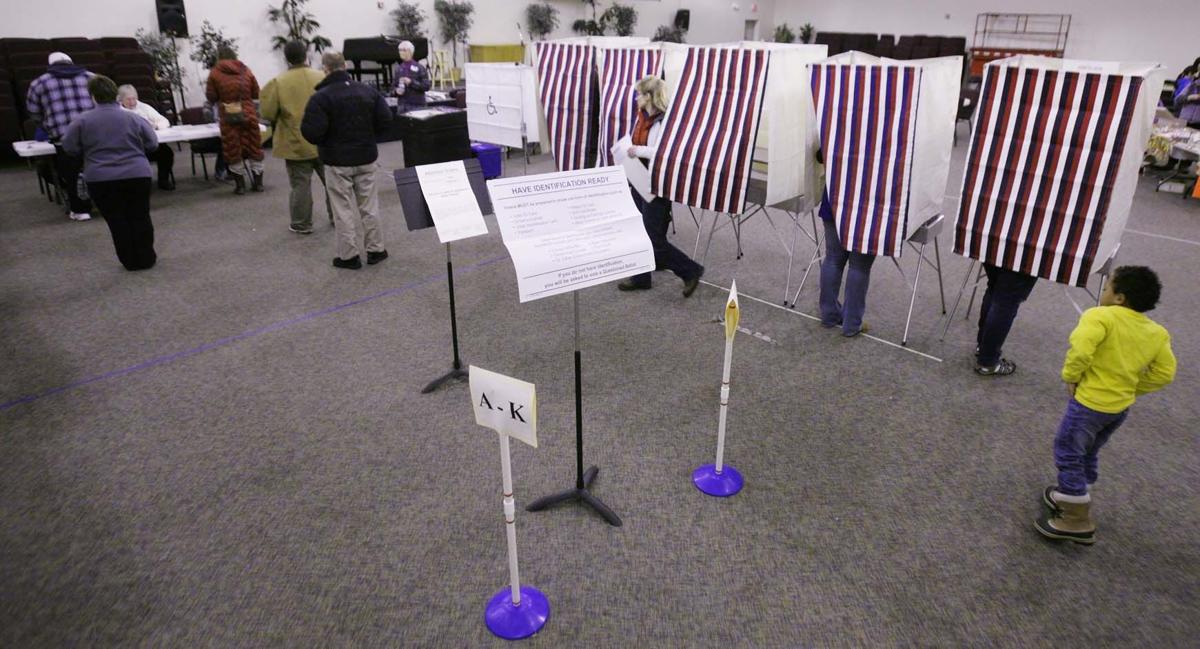 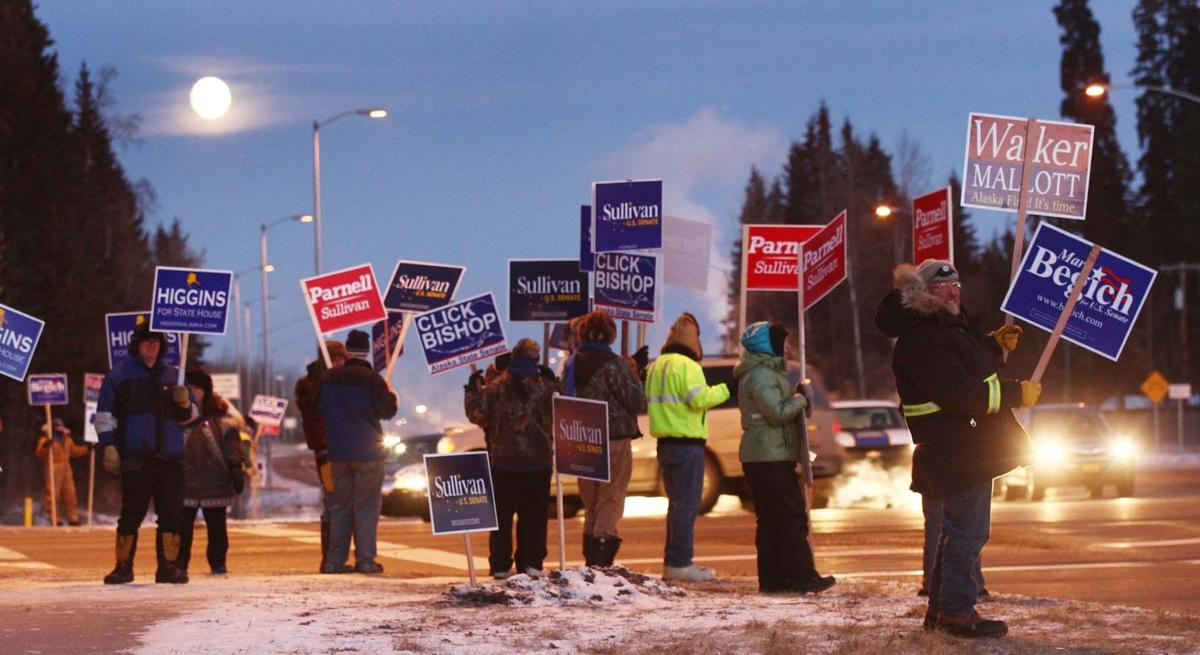 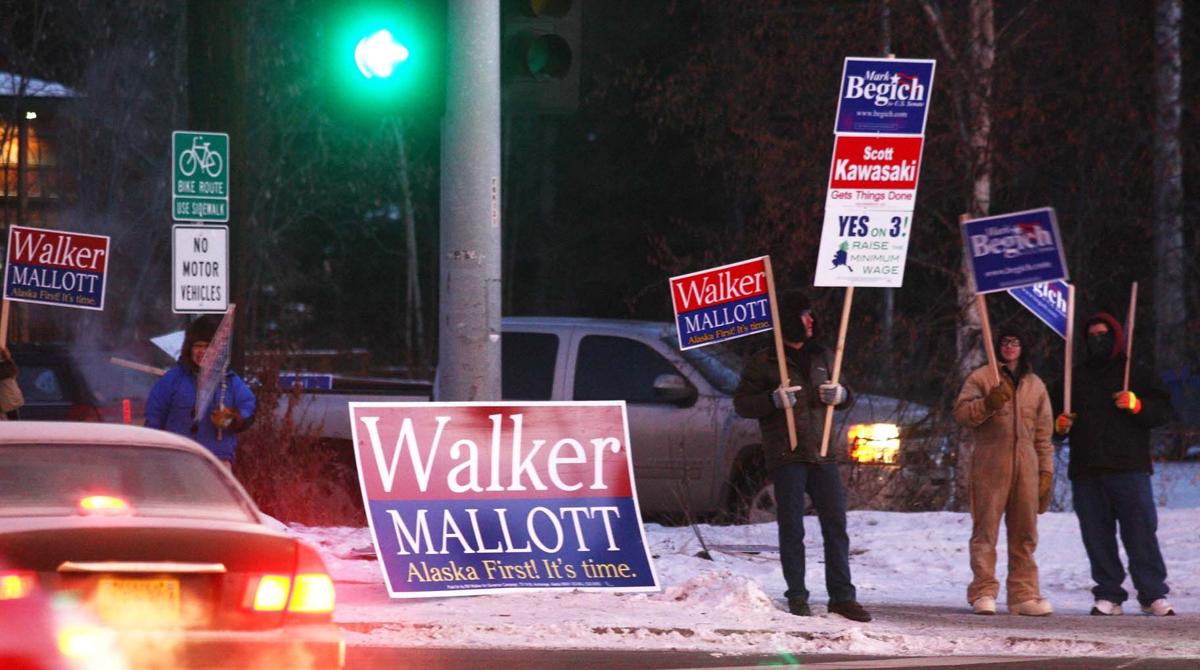 FAIRBANKS - The results for a majority of the races for Interior Alaska's seats in the Alaska House of Representatives became clear early as precincts began reporting and vote counts began coming in Tuesday evening.

Thompson, a former Fairbanks city mayor, is entering his third term in the House. He has been considered one of the most effective Interior Alaska legislators at passing local legislation during his time in the Legislature. Thompson may be one of the top contenders for a seat on the House Finance Committee.

Wilson has served in the Legislature since 2009 and has been one of its most outspoken members.

The decennial redistricting put her in a new district, so she was forced to take on fellow Republican House member Doug Isaacson in the August primary election. Isaacson put up a harder challenge against Wilson for the primary than Hunter did for the general election. In the primary, Wilson defeated Isaacson by about 10 percentage points.

Rep. David Guttenberg, D-Fairbanks, defeated challenger Joe Blanchard to retain his long-held spot in the Legislature despite running in a district with new borders.

Early returns showed a closer race than many anticipated for Guttenberg. With all precincts reporting, though, Guttenberg defeated Blanchard 56.60 percent to 42.78 percent.

Republicans vastly outnumber Democrats in the district, but, as in many other districts in Alaska, undeclared and unaffiliated voters outnumber both. The number of Republican voters was not enough to carry the 29-year-old Blanchard, who previously served on the Fairbanks North Star Borough Assembly, to victory.

"That was a big concern because I think they had thought that they had redistricted me out, that I wouldn't prevail," Guttenberg said Tuesday. "They thought that two years ago when the district went out to the coast. The shenanigans of the redistricting hopefully will be in the past."

Guttenberg's district had shifted dramatically in the first round of redistricting before the 2012 election. That district map was eventually thrown out and redrawn, however, creating the district that Guttenberg won Tuesday night.

Guttenberg, first elected to the Legislature in 2002, is one of the Interior's longest-serving legislators. He held one of only two seats allocated to Democrats on the Finance Committee.

Dave Talerico, R-Healy, appears to have picked up one more seat for the Republicans in the House by defeating Democrat Wilson Justin of Slana by a wide margin.

Talerico jumped out to a large lead with the first returns Tuesday night and continued to grow that lead as returns came in, though many of the district's more rural precincts would not come in until later. With 21 of 33 precincts reporting, Talerico led 65.58 percent to Justin's 33.87 percent.

Talerico and Justin had been vying for District 6, which had no incumbent. The district is one of the largest in the state, representing an area that forms a sort of horseshoe around Fairbanks and that extends eastward to the Canada border, south through the Copper River country and far to the northeast.

Talerico is a newcomer to the Legislature but not a newcomer to politics. He served for nearly a decade as mayor of the Denali Borough and will now head to Juneau to represent many of the rural communities in the Interior.

Jim Colver came out on top in a three-way race for District 9.

Colver, a Republican, handily defeated his two opponents — Pam Goode, a member of the Alaska Constitution Party, and Mabel Wimmer, a Democrat who decided to run a money-free campaign.

With all precincts reporting Tuesday night, Colver took the seat with 57.37 percent of the vote to Goode's 28.83 percent and Wimmer's 13.20 percent.

The district, which runs along the Richardson Highway from Delta Junction to Valdez, had no incumbent. Colver narrowly defeated the district's incumbent, Eric Feige, in the August primary election. Republicans in District 9 outnumber democrats 4-1, but the majority of voters are undeclared.