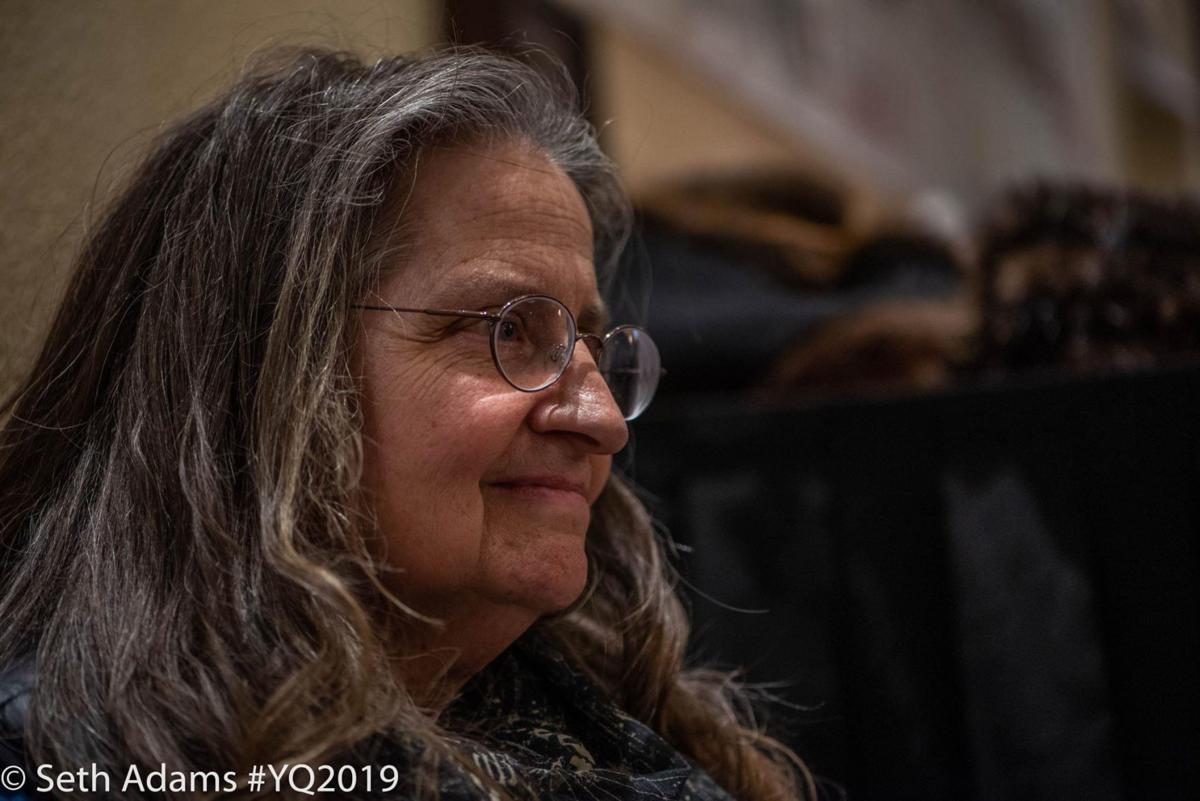 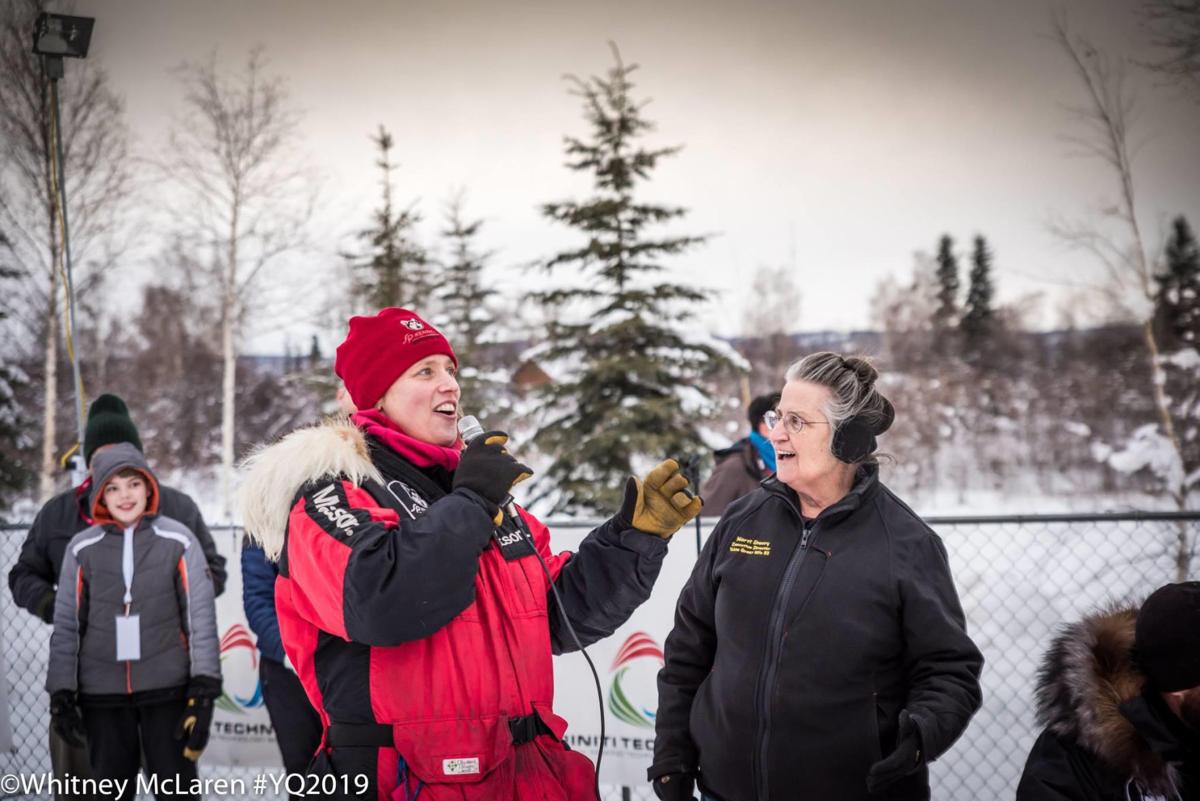 When Marti Steury announced last week that she is stepping down from her position as executive director of the Yukon Quest 1,000 Mile International Sled Dog Race, it wasn’t just a passing of the baton. It was the end of what could be considered the first era of the race.

In the news release that announced Steury’s stepping down, John Dixon, president of the Yukon Quest’s Alaska Board of Directors, was quoted saying, “Marti has done so much for this organization throughout her years in the executive director position. We have valued her historical knowledge of the race, the relationships she has with the community, and her positive attitude in the office. She will absolutely be missed.”

Saying that Steury has historical knowledge of the race is an understatement; not only was she a key figure in the race’s conception, she’s been either organizing or supporting the event every single year since the first foray in 1984.

“I just need to stress that I’m not retiring,” Steury said, in an interview with the News-Miner on Thursday. “It’s just these 50-60 hour work weeks. … I am super excited about being a volunteer or any number of things; I just need to spend more time at home.”

What wasn’t mentioned in the press release was Steury’s reason for stepping down. She said it’s time to dedicate more time to her family.

“I almost lost my husband this year. He got very ill. He ended up in ICU right after (this year’s) race. When I was sitting with him I just realized that I need to spend more time with my family,” she said. “He was sick for four and half months and it was getting progressively worse. The great news is he’s on the up. So he’s getting better.”

Steury said that the ongoing coronavirus outbreak put that in an even more acute context. As such, she is looking for a job that will that won’t consume her time quite as much.

“I’ve heard a rumor that there are 40-hour a week jobs out there,” she quipped, before adding, “The Quest will always be a big part of my life. It’s been a part of my life since 1983.”

Beginning the trail in support of the Quest

After growing up in Spokane, Washington, Steury came to Alaska when she joined the U.S. Army. In fact, she said she joined the Army in order to come to Alaska. When she arrived, she instantly realized it was home. She was stationed at Fort Wainwright and she bought land on the Chatanika River, where she built a cabin, which she still owns.

“Most of the ashes from my sled dogs are in the pond in the back,” she said.

The Alaska she moved to was an exciting place, its recent history palpable and its aura of opportunity seemingly endless.

“When I got here, I actually met some of the people the streets were named after,” she said. “The thing about Alaska is you can become anybody you want to be, because nobody is going to stop you. So I did.”

Steury had been running dogs for several years before she left the Army in 1982. The following November, she attended the first meeting at the Bull’s Eye Saloon, during which the possibility of a brand new transnational sled-dog race was discussed.

“These folks were talking about doing this crazy thing,” she said. “For years people have talked about connecting these old mail trails together.”

She recalled there were very few people at that initial meeting, but noted that Fairbanks residents tend to bring “a full grassroots effort” to things. Those in attendance included Roger Williams and Dave Klumb, who served in the military with Steury. Also present was LeRoy Shank, who had already run the Iditarod at that point. Shank died in April of this year.

“Everybody saying: ‘I can pitch in and I’ll help here and help there,’” Steury said. “All I had to offer was I spent eight years in the military doing accounting, and so I said I could help with the books.

“This guy in the back of the room said, ‘Hey, I believe so much in what you’re saying; here’s my entry fee,’” Steury said. “And LeRoy shouted, ‘The race is on!’”

That man was Murray Clayton, who was based in Haines Junction in Canada. Steury recalls that Clayton handed Shank a blank check; Shank turned and handed the check to Steury, asking her to take charge of the administrative side of things.

“That was the beginning of what changed my life and my heart and my soul forever,” Steury said. “And in some capacity, for the past 40 years I was involved in some way or another.”

Looking back on her involvement

Steury was the race’s first executive director for the Alaska side of the race and served in that capacity until 1989. During that first race, she said they were setting up checkpoints with just minutes to go before the mushers arrived. Over the years she’s taken various other jobs and volunteer positions, but she’s always had some kind of hand in the race.

“You don’t walk away from your first child,” she said.

In 2009, she stepped up again to serve as executive director and continued to help organize the race through 2020. One of the aspects of the Yukon Quest that Steury returns to a number of times during the interview was the unity it both symbolizes and provides, as the world’s only international dog sled race.

“The amazing thing about this event is there is no border, there’s no two different countries. This is the north. We’re northerners. And everyone comes together to recreate something that’s been around for thousands of years,” Steury said.

With regards to that recreation, Steury is also referring to the unity between humans and canines. She referred to the statue located downtown, titled Unknown First Family, which isn’t far from the Yukon Quest offices.

“It’s there to recognize and honor the first people. Archaeological evidence goes back over 10,000 years all over this country that shows that people and dogs were together. They lived together and died together,” she said.

One of her most treasured memories is of a moment just prior to the start of the first every Quest, in 1984. She said she was standing on Second Avenue with Yukon Executive Director Shayna Hammer, with all the dog trucks parked up around them and thousands of spectators milling about. The sound of the crowd and the dogs barking was cacophonous.

“All that noise went silent,” she said, adding that they stood there for a minute or so, before “he pulled his hands away from mine ... and all the noise came back.”

This year, Steury said she had a very similar moment, just before the race.

“It’s such an amazing, incredible, pure, soul-changing experience,” she said. “It’s just an honor to be a part of something like that in any small way.”

While Steury is stepping down as executive director, she said she’ll still find time to volunteer or support the race in other ways.

Later this month, the Yukon Quest Alaska Board of Directors will be voting in several new board members. Steury said it isn’t yet clear who will be replacing her as executive director, but she’s confident that fresh blood and new ideas will see the race continue for decades to come.

“The greatest sled dog race that exists, and the only international one,” she said. “It was amazing in 1984 and it’s just as amazing in 2020.”