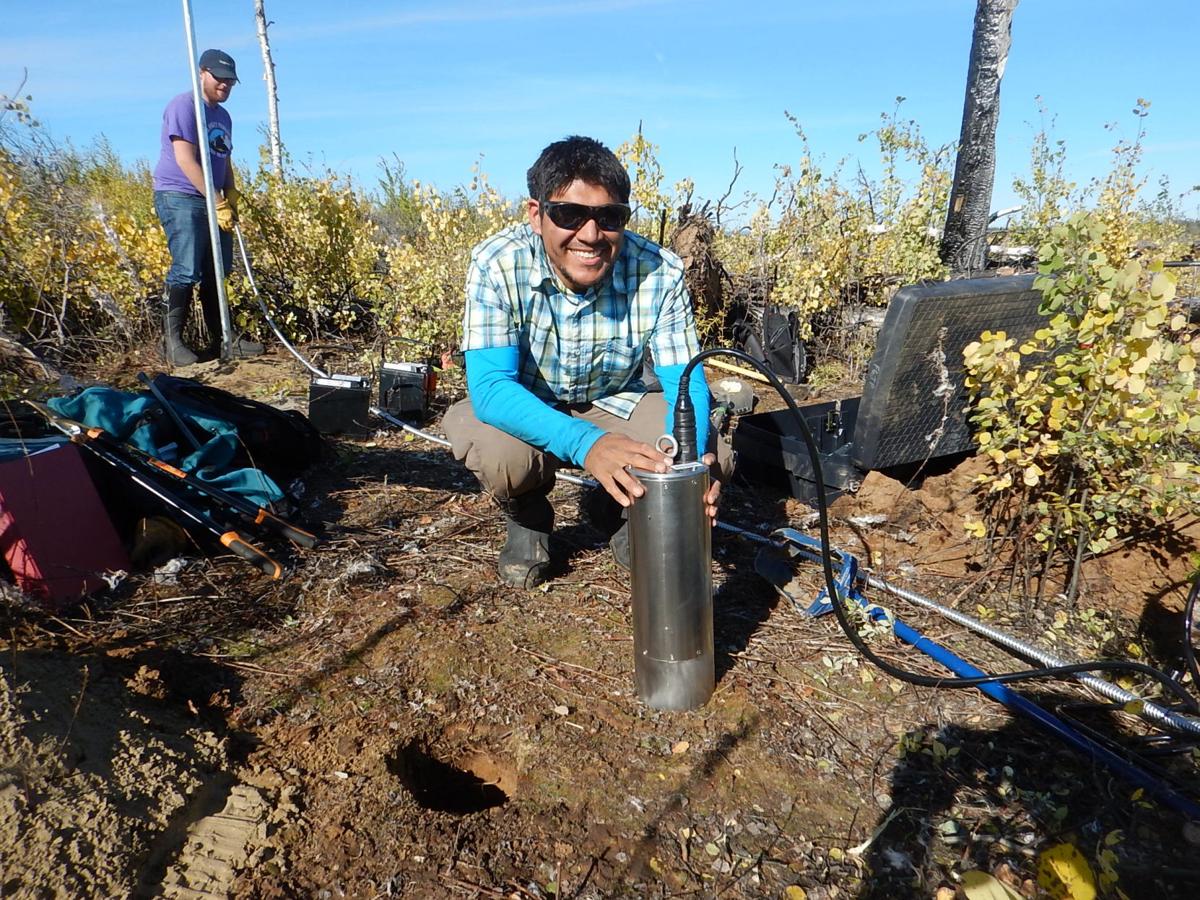 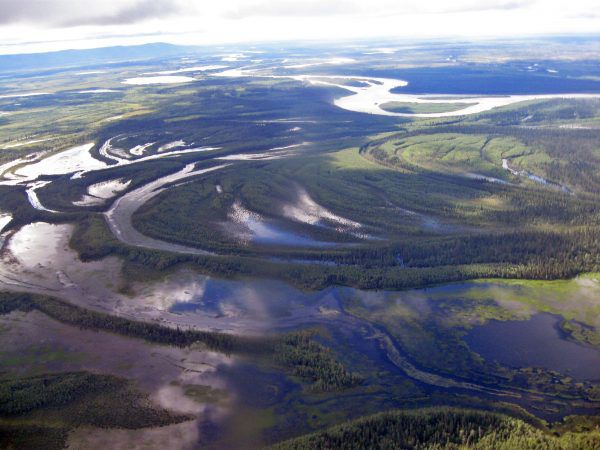 Lakes in the roadless Minto Flats surround the Tanana River in this photo from July 2014. The ridge on the horizon leads down to the town of Nenana. Seismic stations placed in this unique region detected some intriguing pre-earthquake activity. Photo courtesy of Carl Tape

Lakes in the roadless Minto Flats surround the Tanana River in this photo from July 2014. The ridge on the horizon leads down to the town of Nenana. Seismic stations placed in this unique region detected some intriguing pre-earthquake activity. Photo courtesy of Carl Tape

FAIRBANKS — Researchers at the University of Alaska Fairbanks may have found a new way to forecast seismic activity in Central Alaska by studying a natural phenomena called low-frequency earthquakes.

Fairbanks seismologist and professor at UAF’s Geophysical Institute Carl Tape is the lead author on the study.

“We’ve got an earthquake every 12 minutes in Alaska,” Tape said. “But we don’t have a way to understand what leads up to them. That’s what this project is looking at.”

Tape and his colleagues first began studying these lower seismic frequencies several years ago. Interest peaked when the group was able to find evidence for accelerated seismic activity prior to an earthquake in 2016.

Low-frequency earthquakes refer to the type of energy waves associated with a quake.

“Most earthquakes start abruptly, but what we’re seeing doesn’t look like an earthquake on monitors,” Tape said.

The project was supported in part by the National Science Foundation’s Division of Earth Science. Division program director Luciana Astiz said the research offers a new look at a complex process.

“This study reports the first observations of a slow process that transitions into an earthquake — something previously observed only in laboratory experiments,” Astiz said. “These new observations contribute toward understanding the physics of earthquakes.”

Just nine days after installation, the monitors began picking up a newer, low-frequency type of seismic activity. This seemed odd, as this type of activity is normally only seen in deep subduction zones, and the Minto Flats is a lateral moving fault zone, Tape said.

The next year, in 2016, a similar event occurred in the form of a magnitude 3.7 earthquake at a depth of about 10.5 miles. Tape said this instance wasn’t odd on its own. What sparked curiosity was the fact that the event was preceded by about 12 hours of accelerating sequence earthquakes and 22 seconds of distinct high and low frequency waves in one concentrated area.

“These are instances that make us wonder when and where this earthquake started,” Tape said. “It’s typically easy to pinpoint the origin area of earthquake, but not with these. They don’t give off these really sharp waves like others do. So, it’s not as easy to faithfully record them.”

Tape said the study addresses one of the root questions regarding earthquakes.

Tape said the study gives researchers more information on how slips start prior to an earthquake.

“It’s getting at the fundamentals of how the earth slips and how earthquakes originate,” Tape said. “If we can understand how and when rocks slip past each other, then we start going in the direction of how and when earthquakes might happen, but there’s a big knowledge gap right now.”

Tape said the area of study is significant, too. Minto Flats has a deep sedimentary basin, strike-slip faulting, active tectonics and deep earthquakes; it is an unusual site.

“Minto Flats isn’t just a random dot on the map,” Tape said. “The area, we think, could be capable of a magnitude 7 earthquake.

This type of earthquake has the potential to significantly effect the Fairbanks area.

“I suspect that would cause some damage,” Tape said. “It’s still pretty far away, and it wouldn’t be as damaging as the 5.7 in Fairbanks years ago that cracked foundations, broke windows and toppled chimneys.”

Tape said that earthquake was closer to Fairbanks, but was smaller than a magnitude 7.

“There’s certainly societal relevance and a reason to be aware,” Tape said.