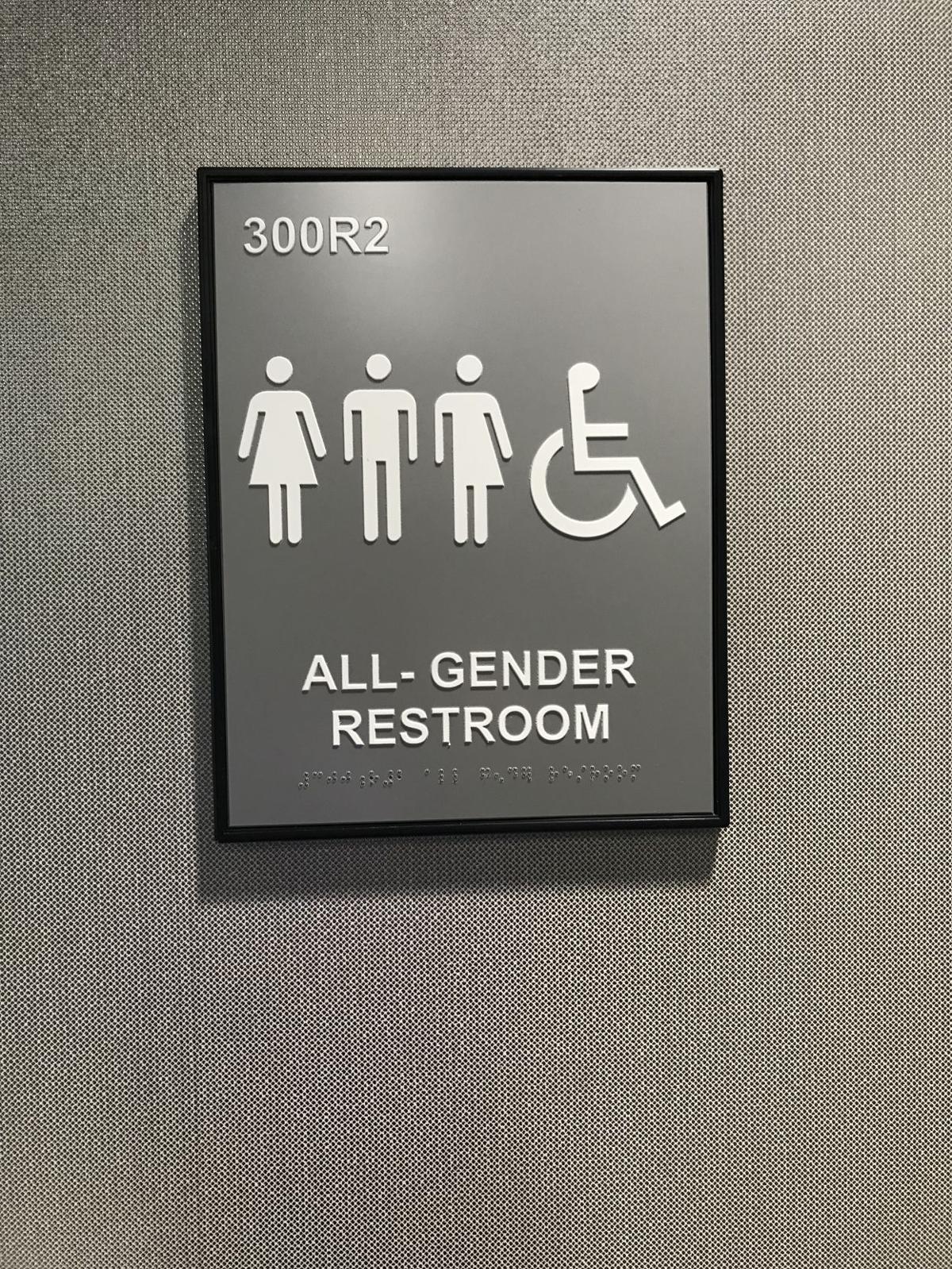 The new restroom in the UAF Engineering Building is the first all-gender restroom of its type on campus, open to people of all gender identities. Erin Granger/News-Miner 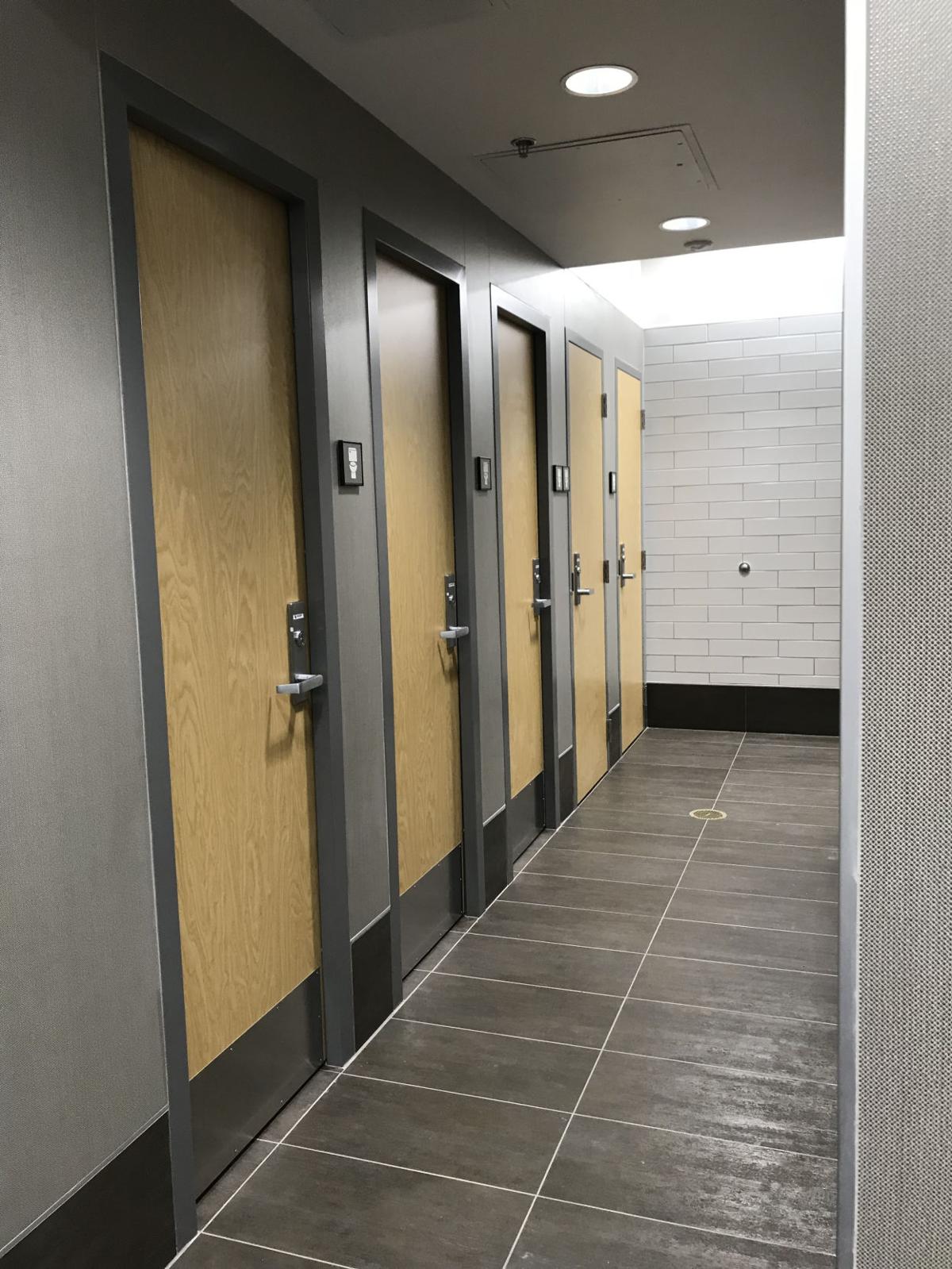 The new restroom in the UAF Engineering Building is the first all-gender restroom of its type on campus, open to people of all gender identities. Erin Granger/News-Miner

FAIRBANKS — The recently completed engineering building on the University of Alaska Fairbanks campus serves as a learning hub for the campus’s student population, but it also features the university’s first all-gender restroom.

This restroom is open to all people regardless of gender identity. It features private, lockable stalls in an inclusive and genderless manner.

University spokesperson Marmian Grimes said the idea had been in the works for a while, and the new engineering building provided the perfect setting.

Jenny Campbell, director of design and construction for the University of Alaska Facility Services, said that the idea came to life when the Department of Education published its 2016 “Dear Colleague” letter outlining the need for Title IX compliance in campuses across the country.

Then-interim Chancellor Dana Thomas approached the design team with the idea for an inclusive, all-gender bathroom in the new engineering building.

“He really put a big push on it, saying we need to pay attention to this letter,” Campbell said. “So we did an assessment of all of our accessibility on campus.”

It was at this time that all family-style, single-use restrooms across campus also were changed to all-gender.

“Some said men, some said women, some said family,” Campbell said. “And we changed them all to just all-encompassing restrooms and that was an easy first step for us because it was inexpensive, no construction, just changing signs.”

Campbell explained that the new all-gender restroom is modeled after European restrooms with the walls of the individual stalls going from floor to ceiling with a floor-to-ceiling door on each stall.

“So they’re secure, inclusive and accessible for everyone,” Campbell said. “And that’s our goal.”

Campbell said that student input has been overwhelmingly positive.

“A professor walked by and I was chatting with her and she teaches in the classroom next to the restroom and I asked her how students felt about it and she said, ‘They love it, I haven’t heard one negative thing about it,’” Campbell said. “So that was nice to hear.”

Campbell said more all-gender bathrooms are possible across campus, especially in new buildings. She said it would be easier to incorporate this restroom style in new buildings because the plumbing for the engineering building was already installed when the idea for the all-gender restroom came to fruition.

As far as cost, Campbell said this style of restroom is only a couple percentage points higher in price than a regular style restroom.

“Because they’re complete stalls, rooms essentially, they need their own ventilation and fire sprinklers to meet code,” Campbell said. “So that costs a little more, but not by much. It’s inclusive and accessible, but also just being more private, people just like it.”