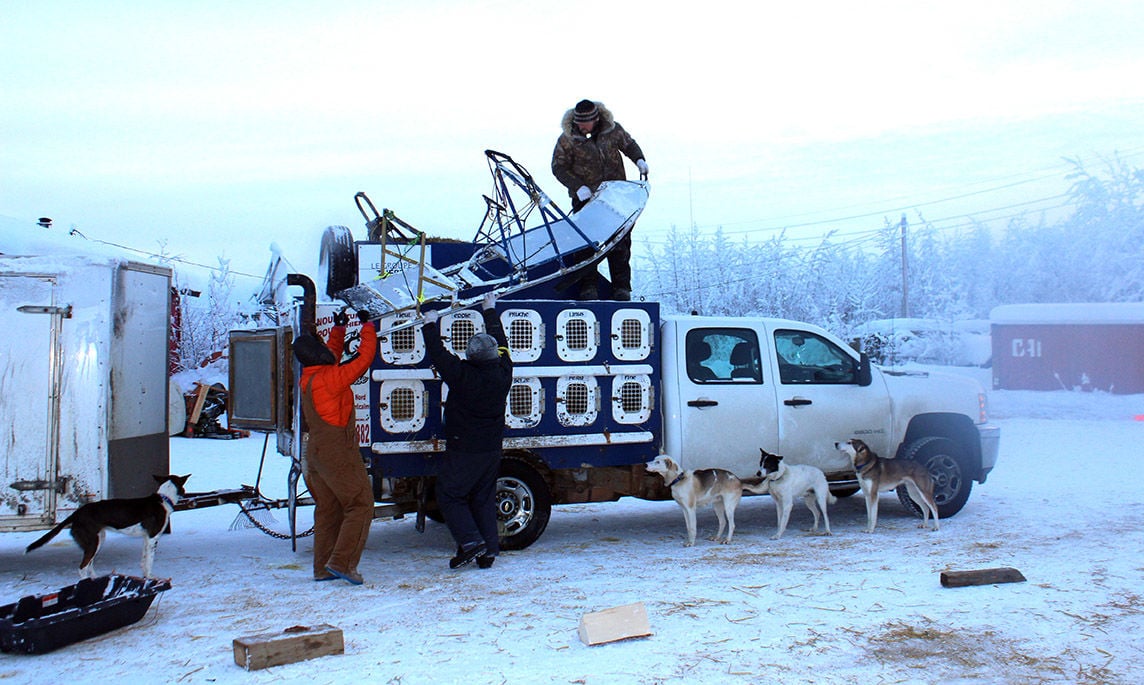 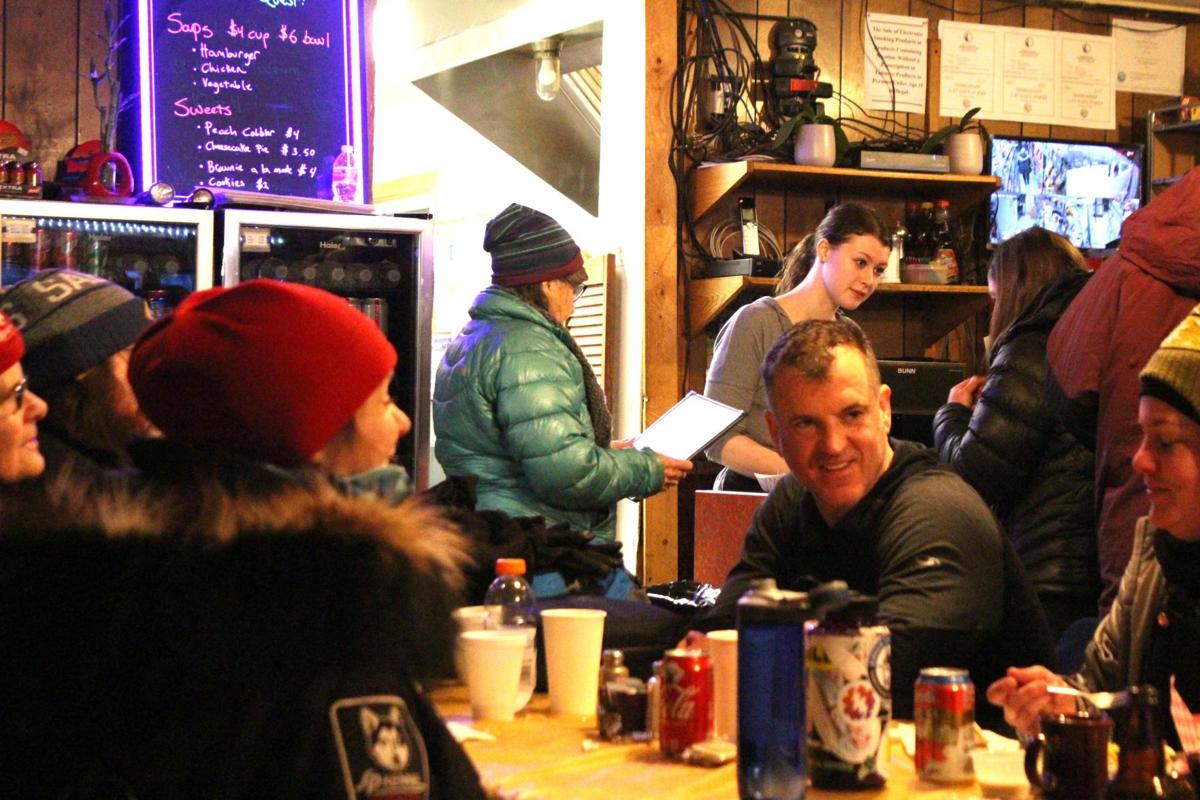 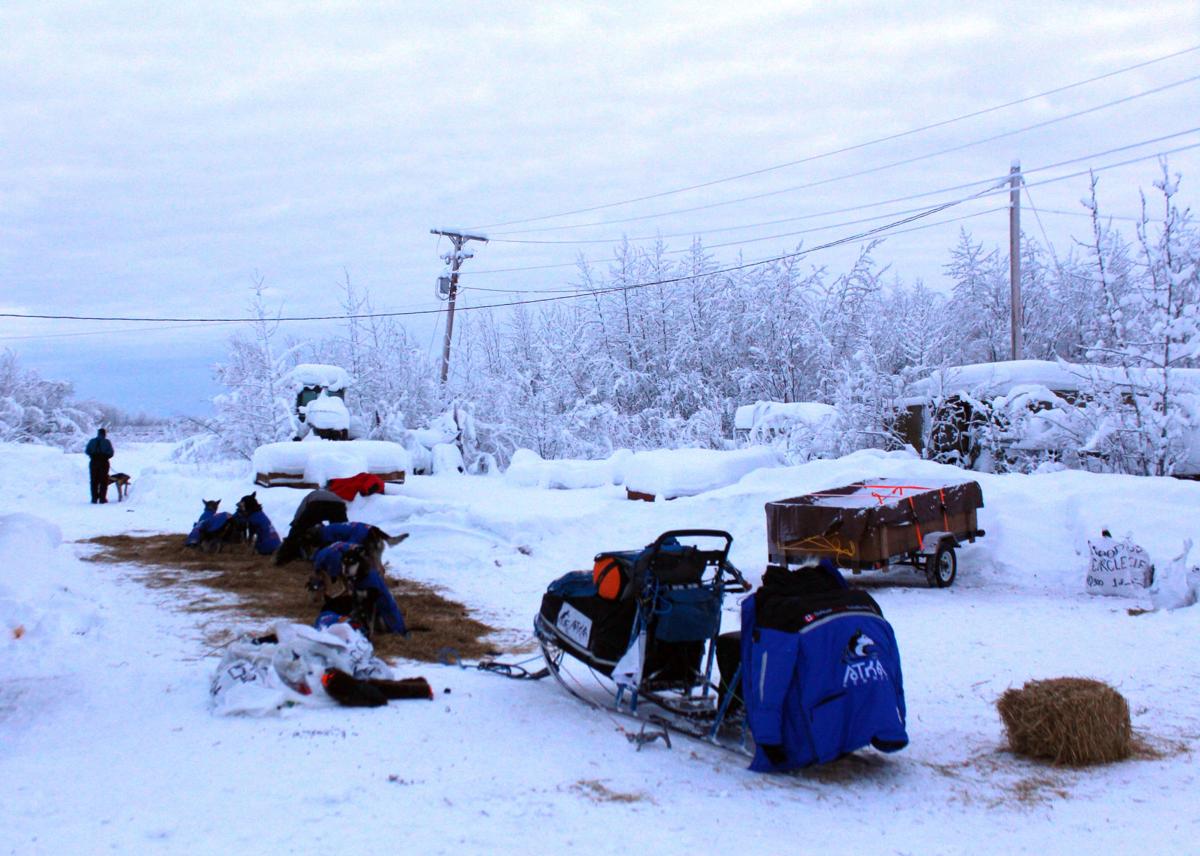 Two mushers decided to scratch from the 1,000-mile Yukon Quest in Circle on Tuesday, leaving just 13 racers heading to Eagle out of the 15 who started the race in Fairbanks on Saturday.

Quest veterans Jason Campeau and Denis Tremblay both decided to pull their teams after an extended rest at the Circle checkpoint, citing the condition of some of their dogs.

For Campeau, the scratch is the second in his last two attempts at the Quest. He says his team was pulling strong over Eagle Summit and that he had given them extra rest at the Two Rivers and Mile 101 checkpoints.

Coming down the steeper backside of the 3,600-foot Eagle Summit, Campeau ran into trouble.

"Normally it's just a big, you know, tunnel that you go down and you kind of free fall, but this time it — there was a side hill, it was icy and they all kind of lost footing and flew down the hill and were all tumbling, so it was pretty dangerous, and so I just decided that I wasn't gonna take any more chances," he said taking a break while packing up his truck for a long ride back to his kennel in Paxson.

Campeau, who has a history of traumatic brain injuries both from his time as a professional hockey player and his subsequent career as a dog musher, said his own health was fine but the dogs suffered.

"All the dogs were kind of rolling down the hill and ended up not being able to stop the sled and unfortunately ran over a couple, so a few injuries," he said.

Despite the trouble on Eagle Summit, Campeau said he did get through one of the hurdles that he had been fearing before the race: Rosebud Summit. That's where he fell two years ago and hurt his head, ultimately causing him to pass out much further down the trail, just outside of the checkpoint at Eagle, requiring a rescue at 50 below zero. He said navigating that was a big early success and will give him some consolation as he prepares for his goal of finishing the Iditarod for the second year in a row.

Tremblay also cited his dogs' health for the reason for his scratch but due to a different issue. The French-speaking musher trains a couple hours outside of Montreal and said his dogs weren't used to the frigid cold weather they encountered early on. Tremblay said that frostbite wasn't an issue in the minus-30 temperatures but that he believes the cold caused different stress on the joints, injuring some of his leaders.

Tremblay said a hamstring strain and some wrist and shoulder injuries started to crop up early among his team.

The 45-year-old finished the race last year and said he knew how hard it would be to race without a healthy team. He remembers the last 100 miles as crushingly difficult. To do that with fewer or injured dogs would have been impossible, he said.

Now he'll focus on smaller races closer to home, a 4,000-mile drive away. He's thinking that he'll do the Upper Peninsula 200 in Marquette, Michigan.

While it was tough for both to give up on their goal, as Tremblay made clear, in the end, it's not really the mushers' decision.