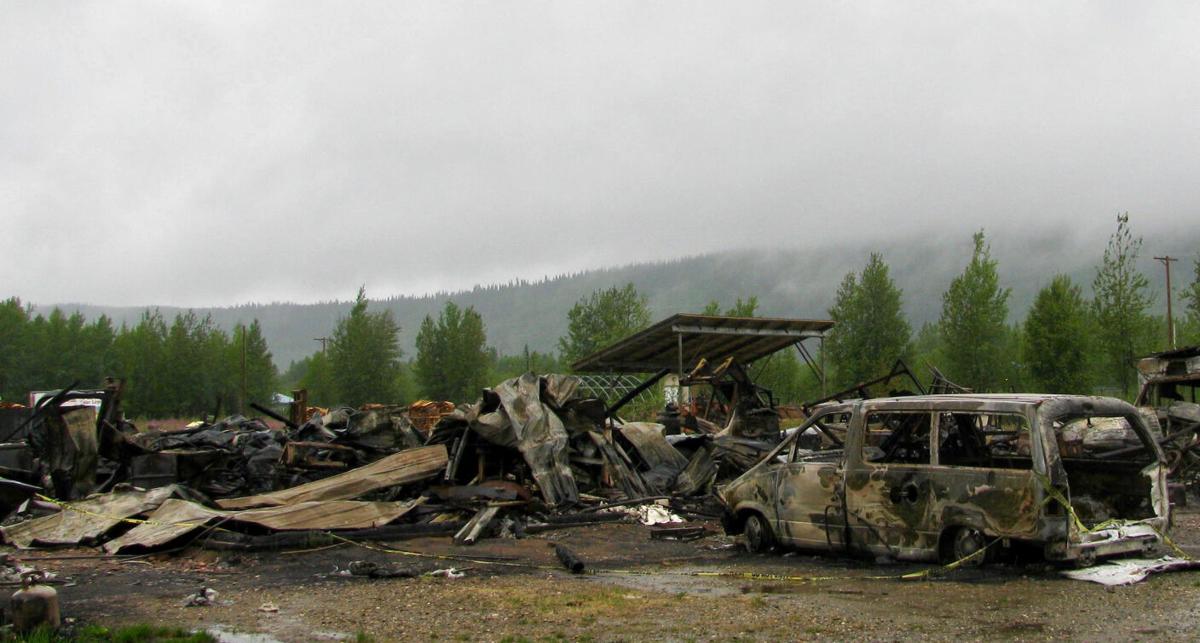 The burned out remains of a van and a home is what’s left for Don and Ginger McKee, whose property was struck by an arsonist targeting the community of Two Rivers. Liv Clifford/News-Miner 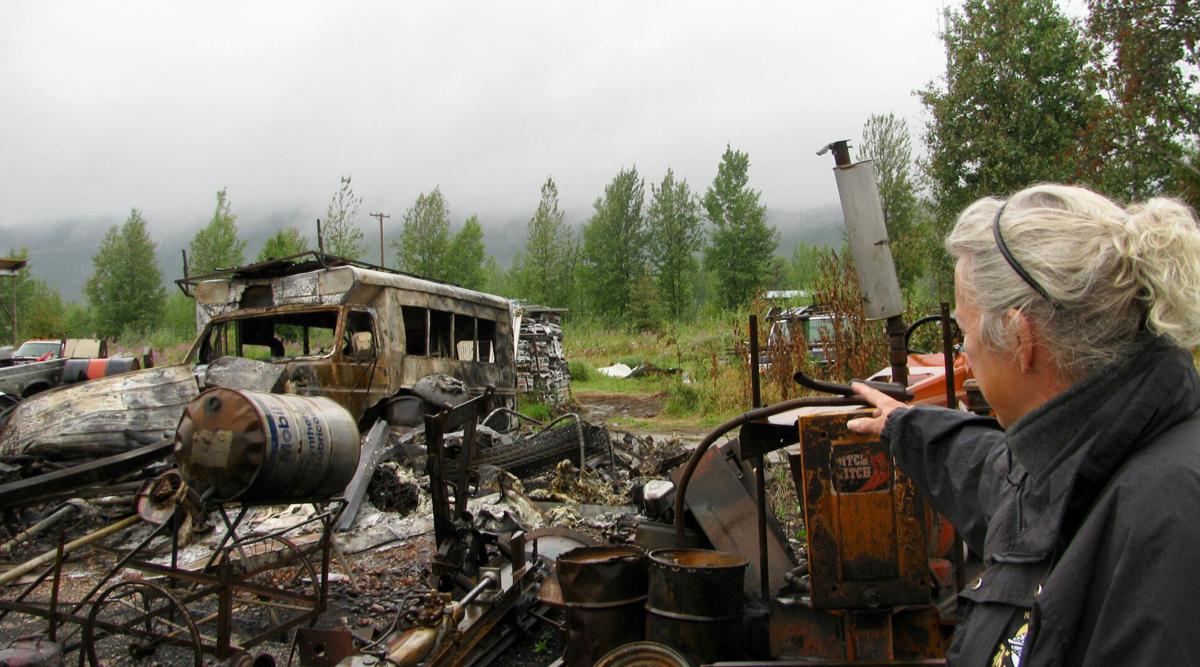 Ginger McKee points out specifics around her home, which burned July 3, 2021. 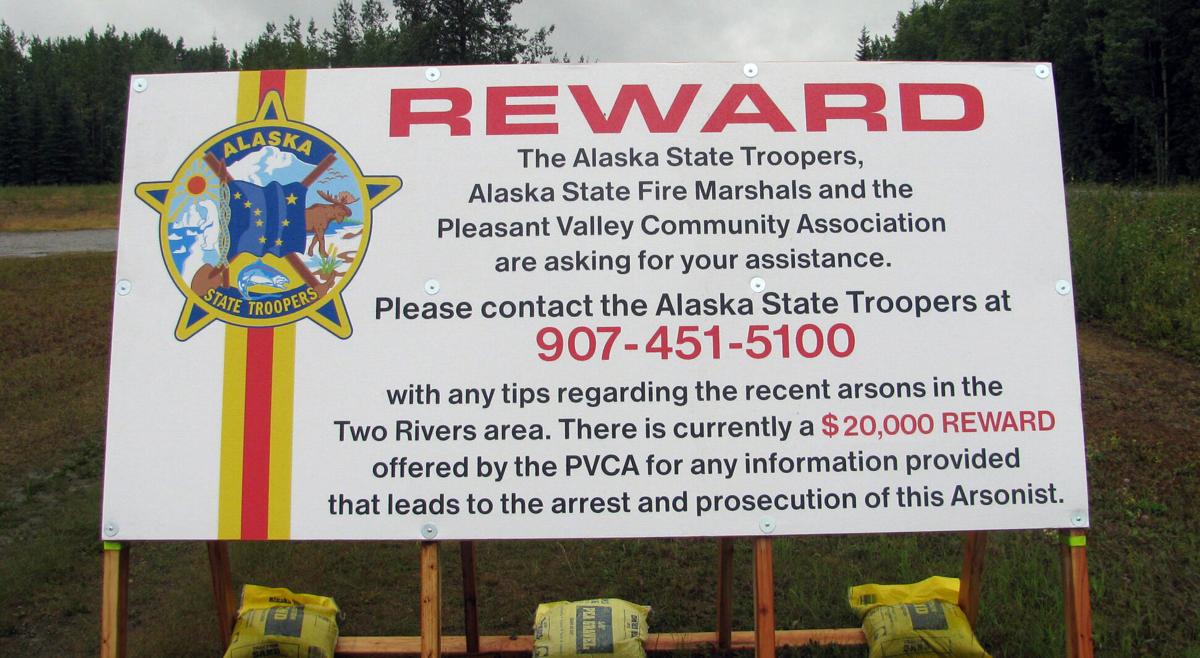 A reward leading to the arrest of the person or people responsible for a string of fires in Two Rivers is now more than $20,000. 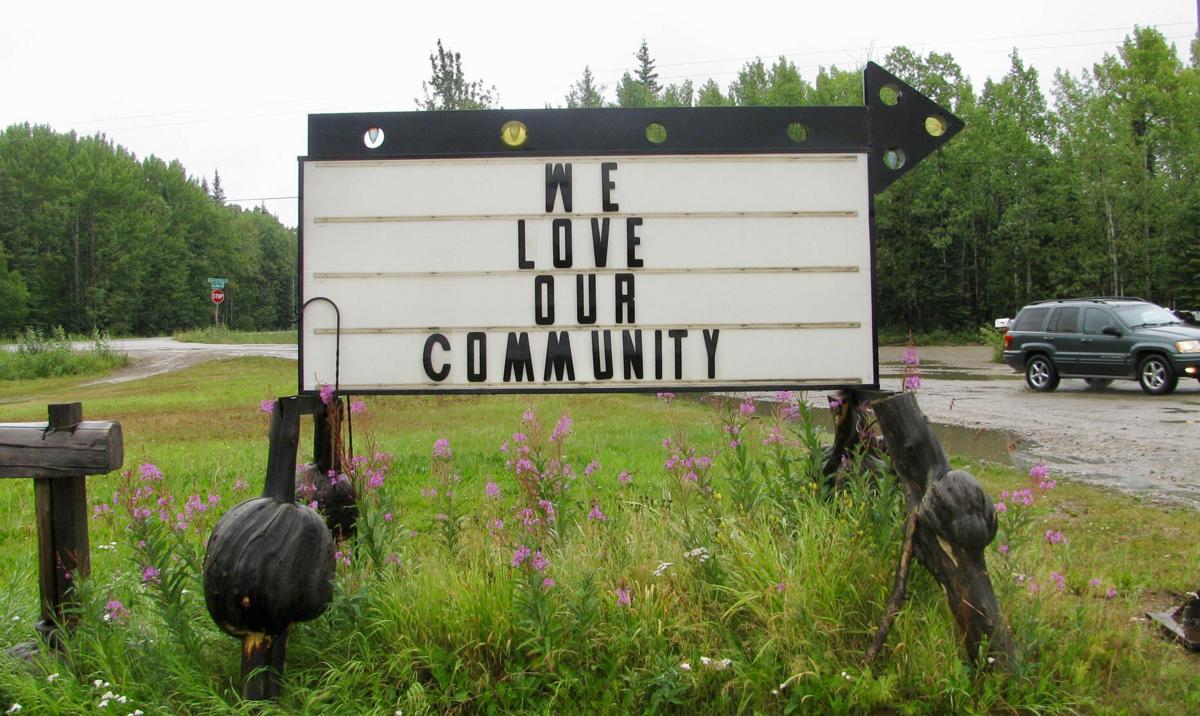 In the community of Two Rivers, messages of hope and reassurance can be found along Chena Hot Springs Road.

The burned out remains of a van and a home is what’s left for Don and Ginger McKee, whose property was struck by an arsonist targeting the community of Two Rivers. Liv Clifford/News-Miner

Ginger McKee points out specifics around her home, which burned July 3, 2021.

A reward leading to the arrest of the person or people responsible for a string of fires in Two Rivers is now more than $20,000.

In the community of Two Rivers, messages of hope and reassurance can be found along Chena Hot Springs Road.

In the early morning hours of July 3, Donald McKee was awoken by a loud, startling thud. Seconds later, Donald discovered a fire in the side workshop of his home, filled with hundreds of thousands of dollars worth of tools, lumber and equipment. Donald quickly alerted wife Ginger of the blaze.

“He opened the door and hollered at me, ‘Get out, it’s on fire,’” said Ginger McKee, recalling the event. “I asked how bad and he said, ‘We’re done.’”

The couple fled, grabbing their 9-month-old kitten and two dogs along with their phones and a pair of glasses. Eight minutes later, the front end of the McKee’s home blew out, setting fire to a van parked in the driveway and their rental home next door. Both houses were destroyed.

“They just walked from one end to the other with a can of gas ... They stood there and lit a match and then walked away,” Ginger said, recounting what the fire marshall believes may have happened. “I do not sleep. We lost half of our income losing those two rentals.”

Since mid-May, the tight-knit community of Two Rivers has been terrorized by a serial arsonist. The victims have seemingly no connection and the timeline of the fires has been sporadic, with days and sometimes weeks between blazes. The community does not have a fire department.

The first incident occurred more than two months ago, when the arsonist set fire to a home located on Mile 19 of Chena Hot Springs Road on May 12. A neighbor noticed the flames shortly after 11 a.m. and alerted the homeowner. “She and her nephew went down there to make sure nobody was in the house but by then, it was up on the roof. They lost everything,” Ginger said.

Four days later, on May 16, the Pleasant Valley Free Thrift Store was set ablaze. Authorities struggled to determine the cause and origin of the fire and theorized that the fire may have been caused by spontaneous combustion or a lightning strike.

“We knew there was no electricity to the building, there was not a single lightbulb burning in that building. There was no heat, no fuel, no furnace. We thought, spontaneous combustion.” Ginger said. “It took a couple of weeks to determine it was arson.”

Nearly four weeks later, on June 19, the fires resumed. Around 7:30 a.m, a pastor discovered that a string of fires had been set inside the storage and janitorial closets of the Two Rivers Community Association building.

“That one was straight up arson, we knew that before the troopers ever showed up. The window was broken and you could see it right away. Somebody had gotten in there, they poured an accelerant on the fabric covered chairs,” Ginger said. “There’s no explanation for that.”

“The only reason that the building is still standing is because the fire put itself out,” she added, noting that the arsonist closed a window before leaving.

On July 2, the arsonist set flame to a 1970s trailer located on Mile 19 of Chena Hot Springs Road. The blaze destroyed four small buildings on the property, which included a workshop, greenhouse and garage. “That trailer fire was so hot ... They lost the four buildings too,” Ginger said.

“16 hours later they lit us on fire,” she recalled.

A week later, the arsonist set a fire on July 10 and possibly another one on July 12. The cause and origin of the July 12 fire remains “undetermined with suspicious elements,” according to Alaska State Troopers.

The most recent fire was set on July 24 at Grange Hall, the meeting place of an agricultural-based community organization that was “an instrumental part of the community for decades,” Ginger said. The blaze occurred at approximately 1:40 a.m. and the structure is considered to be “a total loss,” according to a trooper dispatch.

“It was all farmers and volunteers who built the building. They were not professional builders, but that’s still no reason to burn the damn thing down. It was a historic building in the area” Ginger said.

Searching for a motive

While some of the victims have had connections with one another, others have been random.

“I’m not in the group of people the arsonist has been hitting,” Toni Galster, owner of the home that burned down July 12, said during an earlier interview with the News-Miner. “We felt like we were safe because we didn’t hang in that crowd.”

Earlier this month, troopers confirmed that a letter had been received from a person or persons claiming to be responsible for the fires. Law enforcement officials would not elaborate on what information the letter contained due to the ongoing investigation. State and federal law enforcement agencies, including the FBI, are working on the case.

For now, the Two Rivers community remains on edge.

“It does feel like a nightmare because we don’t know what’s going to happen here in the next week or two weeks,” Ginger said. “Everybody has somebody in mind.”

The Pleasant Valley Community Association is offering a $20,377 reward for information leading to the arrest and conviction of the person or persons responsible for the fires. “The generosity of this community for all people involved, not just us, is astounding,” Ginger said.

As the investigation continues, the McKee’s hope that community members don’t try to take matters into their own hands.

“We’re encouraging our friends, neighbors, and family out here to let the troopers do their job. We do not want to do the vigilante thing because there won’t be closure for the rest of us,” the two said.

Anyone with information about any of the fires in Two Rivers is encouraged to call the Alaska State Troopers at 907-451-5100.

Individuals who would like to donate to the Pleasant Valley Community Association reward fund can make a deposit to the “PVCA Reward Account” at any branch of Mt. McKinley Bank. Online donations can be made at paypal.com/us/fundraiser/charity/3111294.

Under investigation as arson

July 12 — Residential fire, cause and origin undetermined with suspicious elements