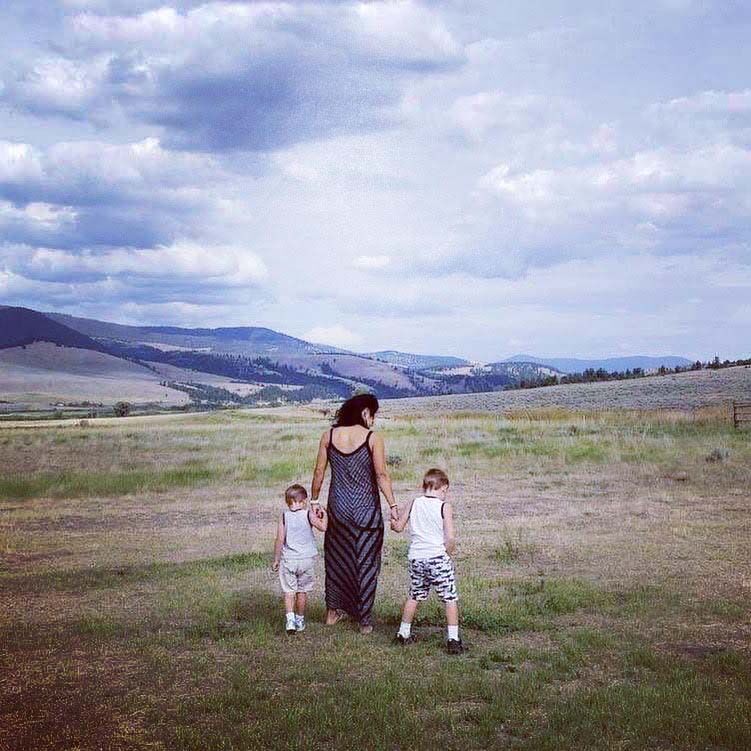 Violet Sensmeier and her two sons were able to escape an abusive home, something many women are struggling with as the pandemic is increasing rates of domestic violence. 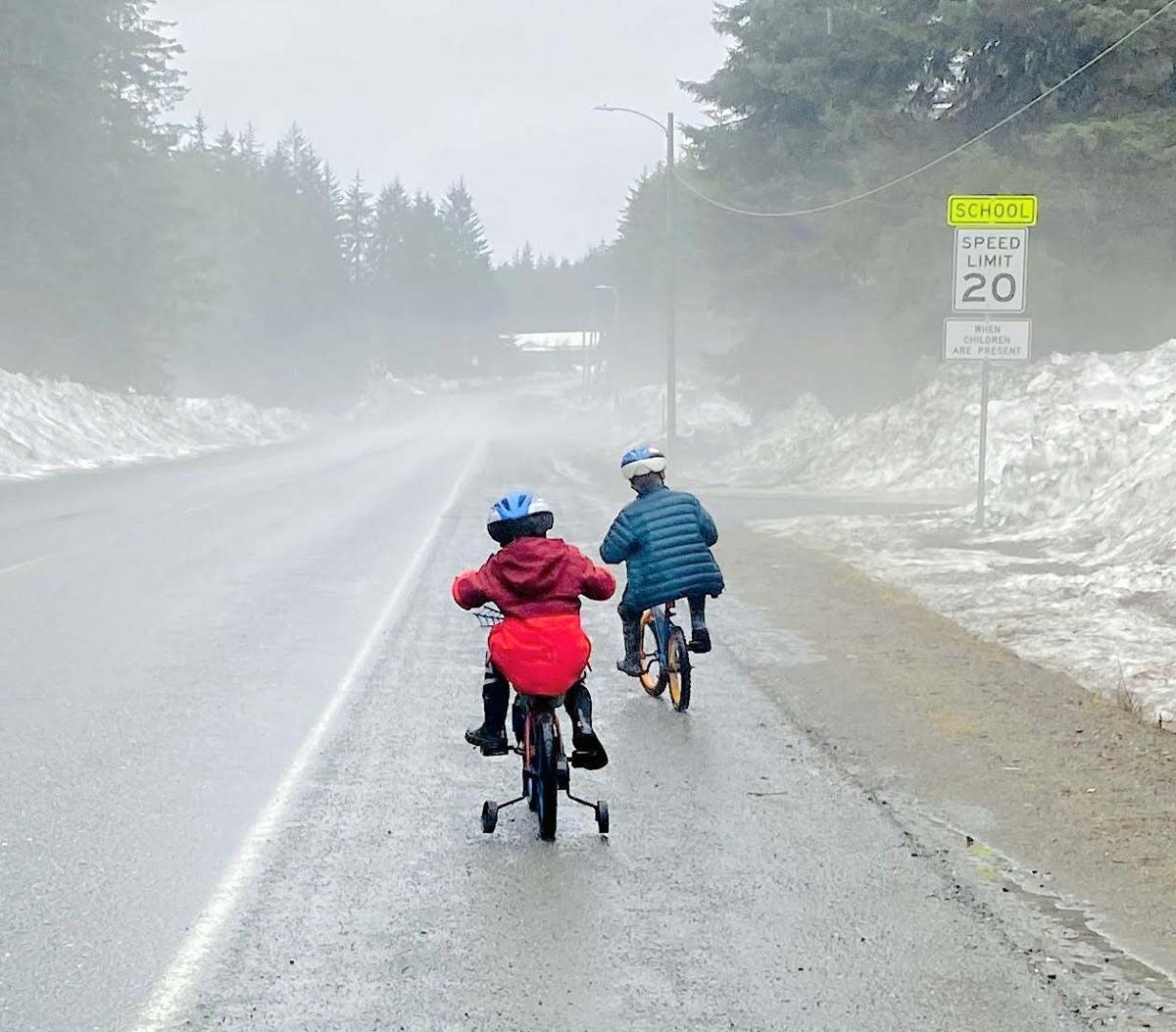 VIolet Sensmeier's sons are in counseling now, receiving help to cope with the abuse their mother experienced at the hands of their father.

Violet Sensmeier and her two sons were able to escape an abusive home, something many women are struggling with as the pandemic is increasing rates of domestic violence.

VIolet Sensmeier's sons are in counseling now, receiving help to cope with the abuse their mother experienced at the hands of their father.

When Violet Sensmeier told her husband she needed to spend more time with her family, he said that if she ever tried to leave him, he’d put a bullet through her head.

“Oh, I guess that’s the end of that conversation,” she said she thought.

Sensmeier was married for 10 years, and like many Alaska Native women, experienced gradually intensifying violence from her husband. When the abuse turned physical, Sensmeier was able to call for help and leave. That wasn’t the option for many women who were trapped with their abusers during the pandemic. In Alaska, hotline calls increased by half last spring and stayed high throughout the year, according to the state.

Home can be a safe haven but, for the victims of domestic violence, it is also the place that puts them in the most danger.

“One day, my husband came home, and I could tell by the way he was coming up the driveway that something was going to happen,” Sensmeier said.

When she heard her husband slamming the door and screaming, Sensmeier ran upstairs, hugging and comforting her two sons. Her husband was approaching, taking off one of his shoes as if to hit Sensmeier. Their oldest son, 5 years old at that time, jumped at his dad, trying to bite and pull his hair, all the while screaming, “Stop it! Stop it!”

Leaving home was not an option for many during the isolation of the pandemic.

In Alaska, where the rates of domestic violence are consistently some of the highest in the country, hotline calls increased by 52% from March 11 to April 24 last year, and “were up and consistent” throughout the year, said Diane Casto, executive director of the Council on Domestic Violence and Sexual Assault at the Alaska Department of Public Safety.

In Fairbanks, calls grew by 38% over the course of the pandemic, said Brenda Stanfill, executive director of the Interior Alaska Center for Non-Violent Living.

“The calls on our crisis line express both fear of staying where they are or leaving and coming to a location where they will live with others,” Stanfill said.

When the pandemic started last spring, the center’s hotline was quiet. Stanfill explained that many clients didn’t know what services were open during the lockdown and didn’t have alone time to make the call safely. As a result, many summer and fall hotline callers have endured levels of abuse they wouldn’t endure normally, Stanfill said.

Violence develops in stages, said Bryana Angulo, an advocate for domestic violence victims. For Sensmeier, degrading remarks and blame for her husband’s failures came before angry outbursts and isolation from her family and friends. Those preceded physical abuse.

Usually, people leave in the middle of the violence cycle. Angulo noticed that during the pandemic, victims can’t get the support they would normally receive from family, friends or organizations, and they stay in dangerous situations longer, letting them escalate. Additionally, the pandemic brings extra psychological and financial challenges, making perpetrators more stressed — and violent.

“By the time the victims come to us, the situation becomes pretty lethal,” Angulo said.

In Angulo’s practice during spring and summer, almost every case involved strangulation, which not only endangers the victim’s life but also causes bruising and swelling that can take up to several days to appear, potentially escaping the attention of nurses or family members.

On average before the pandemic, Angulo encountered strangulation in a couple of cases out of 10 in her practice at Healing Native Hearts Coalition, a Fairbanks organization that supports people in the Interior Native villages.

For a Native person living in rural Alaska, escaping violence during the pandemic can be especially difficult.

Villages provide people with a safety net, emotional and financial support, as well as protection from the pandemic, Moses said.

But pandemic or not, Alaska Native women have consistently reported rates of domestic violence up to 10 times higher than the rest of the country, according to the Indian Law Resource Center.

Language barriers, historical trauma and lack of culturally sensitive resources all make the population more vulnerable to violence at any time, Angulo said.

When it comes to resources for victims, the pandemic changed what these resources look like as well.

In 2020, Alaska domestic violence victims received fewer services, Casto said. Plus, those services that stayed in place were provided in alternative ways, according to Casto. Shelter services reduced by 20%, and there was a decrease in all housing-related services such as relocation and transitional housing.

To receive existing help during the pandemic, victims of domestic violence needed to rely on technology, which worsened the struggle to access resources, said Jessica Stossel, client services director at the Center of Non-Violent Living. She explained that before, people could just walk in the center to ask for help. During the pandemic, they needed to use the phone and internet and find ways to print and gather legal documents on their own.

“Filing documents could take a day or two,” she said. “The pandemic really made it more difficult to get things like that done.”

Stossel added that the technological gap is even wider for the victims coming from villages with limited Internet and phone service coverage.

Leaving and breaking the violence cycle can be a long process.

“I told myself that I would leave many times, that this time was the last time, that I was never going to let my children see me treated that way,” she said. “And I kept thinking that I could fix things, that I could make it OK, that if I just worked a little bit harder or gave a little bit more, that it would make things better. I ended up losing myself in the process, and I didn’t see my own worth.”

To help victims escape the violence, advocates try to meet their clients where they are, Angulo said.

“Most of the cases that I work with are helping people find self-efficiency and being able to get out at their own speed,” she said.

She and other advocates communicate with victims in various ways, including texting, which seems to be the most comfortable and safest method for victims. Whenever the victim is ready or experiencing an emergency, advocates help them relocate.

In Fairbanks, the Center for Non-Violent Living helps victims who call or show up at their door, offering them shelter, help with housing, child care or legal paperwork.

Long path to leaving the violence

While help at the time of leaving an abusive relationship is crucial, victims need support long after the violence happens. For Sensmeier, the process of recovery is ongoing, even though she is “in a much better place,” she said.

“With every decision I was making for the past year, in my head, I could still hear him, and I was like, ‘When would I ever be free of him? When would I stop hearing him commenting on everything, from what I’m wearing to how I put makeup on?”

What helps Sensmeier to recover from her experience the most is remembering how her actions affect her children.

Her sons, 5 and 7 years old, are in counseling, and a therapist teaches them to recognize and express their emotions in a game format. The counselor pulls cards depicting different facial expressions and asks, “What does the person feel when they look like this?” To use a more relevant example, the therapist once asked, “How do you think mom felt when she and dad were arguing?”

“My youngest son picked up the ‘Scared’ card and said, ‘This is momma,’’’ Sensmeier said. “And then my oldest son said, ‘Where is your brave card? You don’t have a brave card; my mom is very brave.’ And that’s something I had to tell myself every day: that my son saw me that way when I was probably at my scaredest moment.”

The staff of the Center for Non-Violent Living encourages anyone staying in a bad situation for fear of the unknown to call and let them assist them in exploring options to escape the abuse. The number is 907-452-2293 or 1-800-478-7273. They are open 24 hours a day, seven days a week for anyone who needs help.