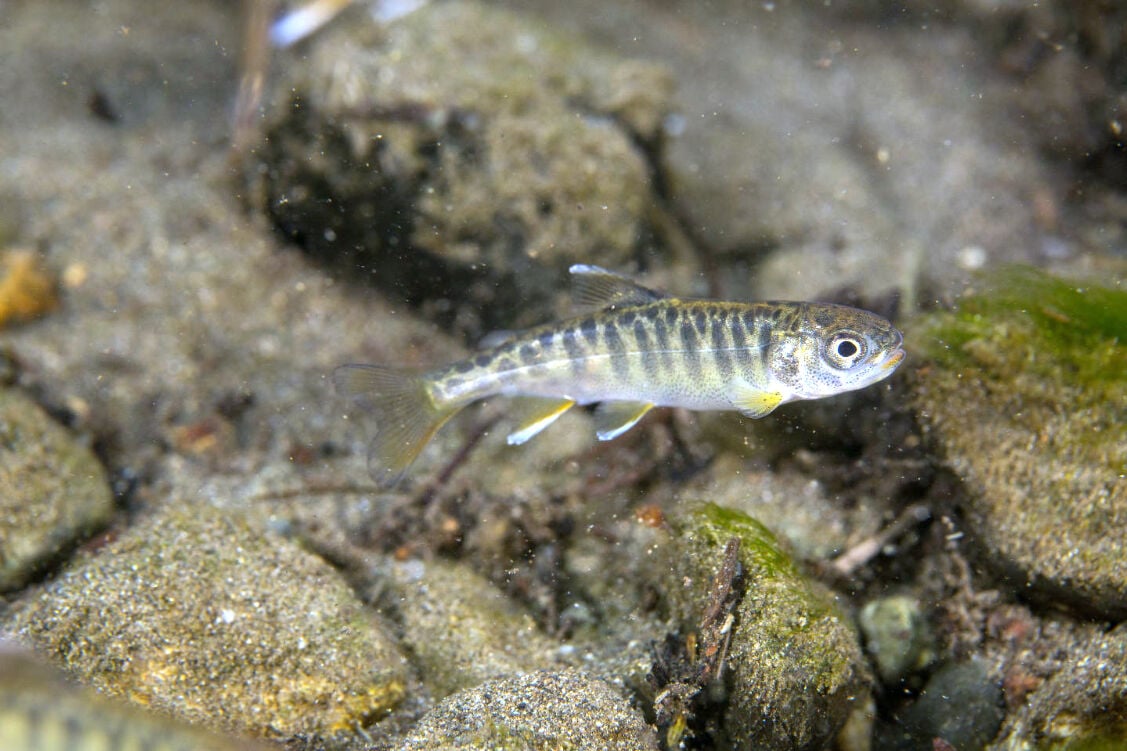 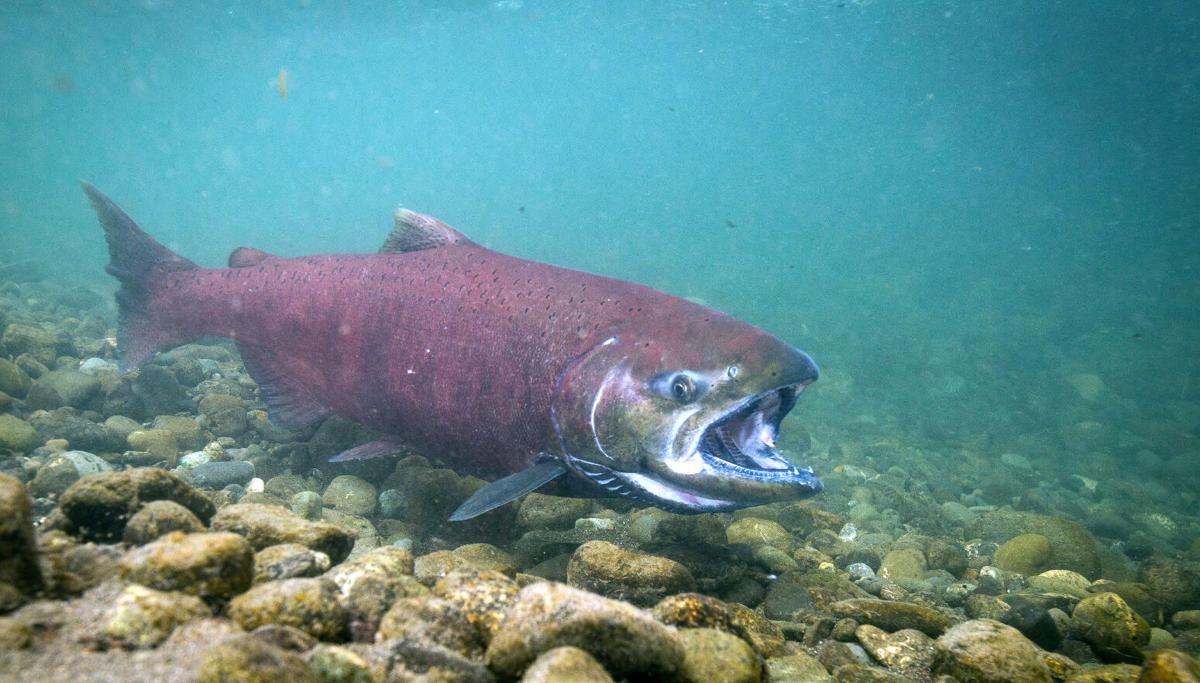 The newly published findings of a study led by biologists at the University of Alaska offer the first evidence for the long-pondered notion that recent declines in many of Alaska’s chinook salmon runs are partially a result of climate-driven changes in their freshwater habitats.

Over the past decade, various chinook populations across Alaska have shrunk, which often leads to fishery closures. This in turn can result in negative economic and cultural impacts to communities that have traditionally relied on the salmon.

It’s long been known that changing ocean conditions have an impact on salmon populations, but biologists previously had no data indicating whether this was also true of the changing conditions in Alaska’s streams and rivers where salmon spawn and rear.

Erik Schoen, a research biologist with the Institute of Arctic Biology at the University of Alaska Fairbanks and one of the study’s lead authors, has been researching salmon since 2004. He said the study was prompted by the drastic runs of chinook, or king, salmon.

“As most people in Alaska know, king salmon runs have declined quite a bit in the last decade or so. In particular, in the Cook Inlet area, there were big declines early in the last decade. And, in fact, there was federal disaster declaration in 2012.”

That declaration led to a large swell of research efforts into the entire sphere of chinook ecology in the Cook Inlet area.

“We were interested because some of those years during the run decline, or previous to the decline, were some of the hottest years on record in Cook Inlet,” Schoen said.

While it was established that changing ocean temperatures are affecting salmon productivity, Schoen said, “it was less clear whether freshwater conditions were also contributing.”

While similar studies had been conducted in the Lower 48, Schoen said that there simply weren’t many datasets documenting streamflows in Alaska and, up until recently, the temperatures of rivers and streams weren’t being recorded.

“People haven’t been able to do these kinds of studies in Alaska before because of data limitations,” he said.

Alaska’s climate is warming twice as fast as the global average, which is resulting in overt changes to participation levels and streamflow. As such, the team set out to see if these changes in the chinook’s spawning and rearing habitat could be attributed to recent declines.

The study looked at yearly changes in productivity, which indicated what conditions were most beneficial to chinook productivity between 1980 to 2009. Using fisheries catch and spawning abundance data collected by the Alaska Department of Fish and Game, along with stream temperature data collected by Cook Inletkeeper, researchers analyzed 15 different chinook populations in Southcentral Alaska.

The study found that, across all populations, heavy rains in late summer and fall, which is when adult salmon spawn and their eggs incubate, led to smaller runs. The study suggests that this may be due to flooding events resulting in eggs getting crushed by streambed gravel or sediment.

On the other hand, an above-average rainfall during juvenile rearing proved beneficial to productivity. Researchers state this is because higher streamflows create more habitat and allow juveniles to reach areas that offer abundant food resources.

Productivity for all chinook populations declined substantially when stream temperatures rose above 64 degrees Fahrenheit for a week or longer during the spawning period. Chinook productivity was especially low during periods of poor freshwater conditions — like hot dry summers and very rainy falls — between 2003 and 2007. During that period, salmon produced roughly 57% fewer surviving offspring than the previous long-term average, which directly led to the fishery closures in the late 2000s and early 2010s.

“Last year at this time, Alaska experienced a record heat wave, and we measured stream temperatures above 80 degrees in our warmer chinook systems,” said study co-author Sue Mauger with Cook Inletkeeper, a Homer-based conservation organization. “Understanding stream-specific responses to climate change will be critical for better management of our valuable fisheries.”

Schoen pointed out that the study only focused on 15 chinook populations, all in Southcentral Alaska. Some of the findings point to the fact that certain climate-driven changes may vary across watersheds and habitats, to the benefit of some runs and to the detriment of others.

The findings of the study point out that of the few studies conducted on freshwater chinook habitat, one published in 2015 indicated that reduced productivity of two neighboring king salmon populations in the Yukon River basin was linked to high streamflow during the summer juvenile rearing period, potentially due to reduced foraging efficiency. Another study published in 2018, “concluded high streamflow had a potentially large negative effect, although it was highly uncertain.”

“That’ll be an important next step,” Schoen said of future studies. “Basically, our take-home message is, what happens in freshwater also affects these salmon runs.”

While the news may seem dour, Schoen pointed out that the findings actually point to some solutions.

“In some ways, this is optimistic news, because we have a lot of tools to improve conditions for salmon in freshwater,” he said. “Replacing failed culverts could potentially help salmon deal with some of these conditions.

“Our study gives additional support to the idea that those projects could meaningfully improve those salmon runs,” he added.

The findings were published last week in a paper in the journal Global Change Biology. Other lead authors included Leslie A. Jones and Rebecca Shaftel with the Alaska Center for Conservation Science at the University of Alaska Anchorage. An online copy of the full findings is available here: bit.ly/2Ww7IWL. An online video summarizing the study’s findings can be found here: bit.ly/3jb0NvQ