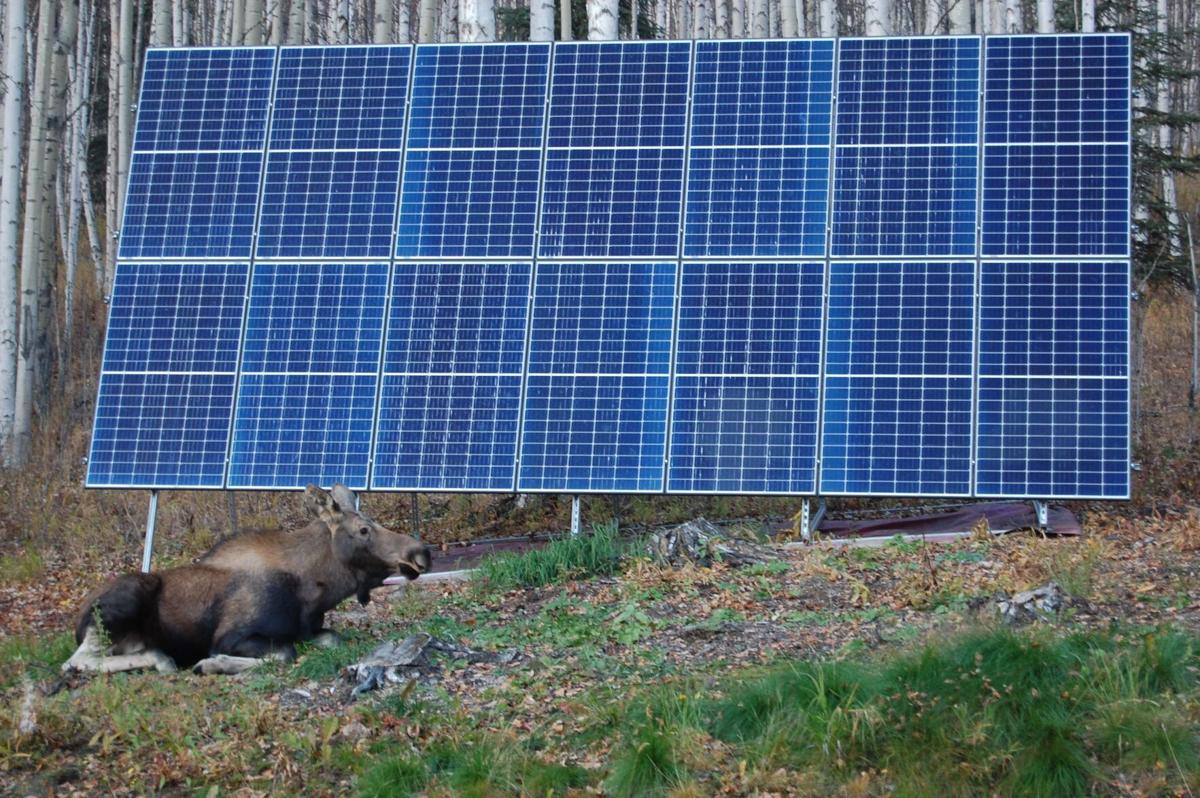 A moose rests near the solar panel array belonging to Fran Mauer. 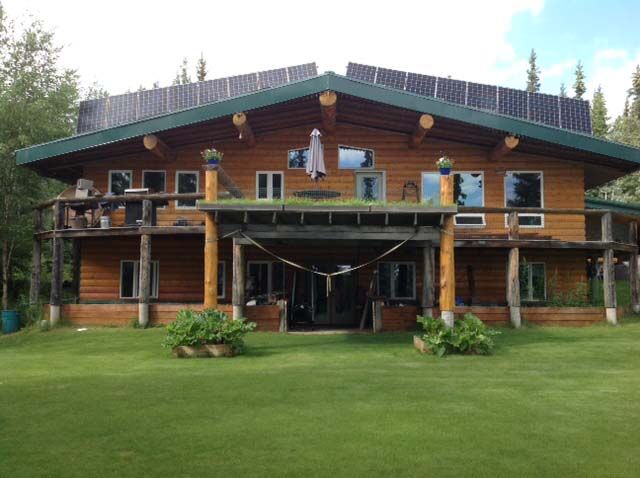 Bob and Sharon Baker's array on their Fairbanks house. 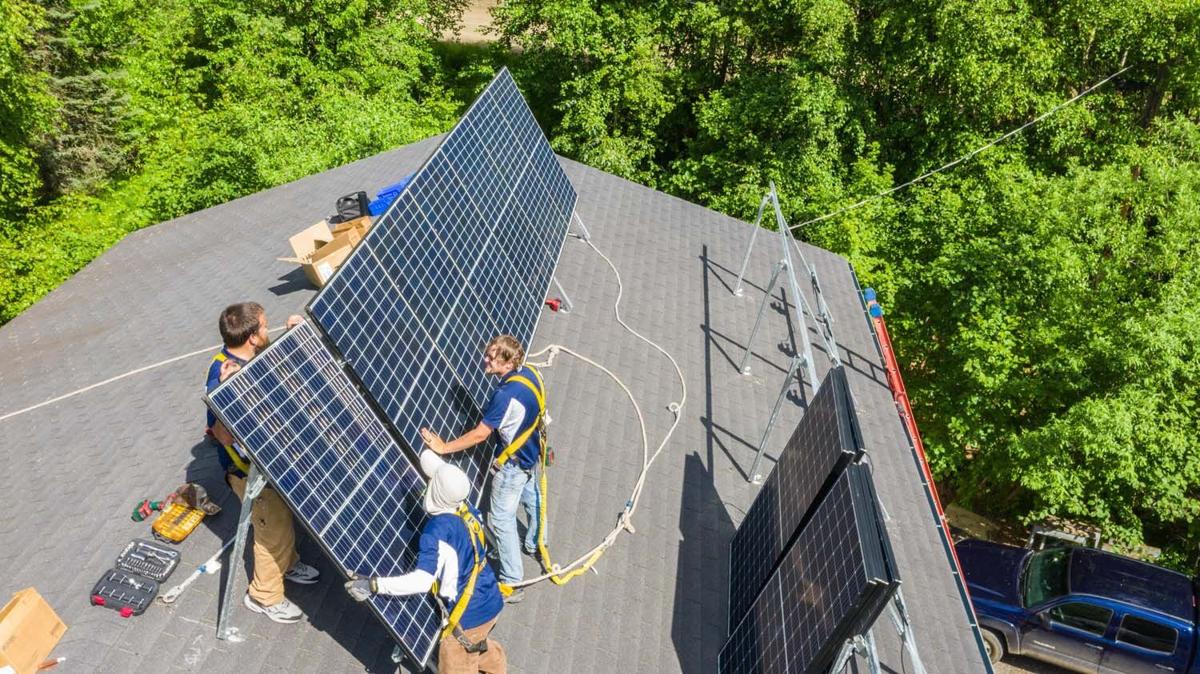 A solar panel roof installation goes up on the home of Todd Paris. Courtesy Solarize Fairbanks

A moose rests near the solar panel array belonging to Fran Mauer.

Bob and Sharon Baker's array on their Fairbanks house.

A solar panel roof installation goes up on the home of Todd Paris. Courtesy Solarize Fairbanks

For the Interior homeowners who want to switch to solar energy, a local initiative is looking for solutions to cut costs when making the switch.

When Bob and Sharon Baker approached Solarize Fairbanks, they had been “wanting to learn about solar power for quite a long time.”

“With the incentives from the group discount and the federal tax credit still available, it was now or never, so we took the plunge,” Bob said.

Bakers’ house was the first installation in Goldstream in 2020. Right now, five communities participate in the initiative: downtown Fairbanks; the hills around Fairbanks that include Ester, Chena Ridge and Chena Pump Road; Gold Loop that includes Goldstream and Farmers Loop; the North Pole area; and the Denali area, which includes Healy, McKinley Village and the Cantwell area.

Residents in these communities can join the initiative right away, and those living somewhere else in the Interior can talk to their neighbors to get the interest up.

“It usually starts when somebody says, ‘Hey, this is something really cool; I want to make this happen,’” said Alyssa Quintyne, one of the coordinators for the initiative. “So it’s not us coming to the area and saying, ‘We’re going to solarize you. It’s them coming to us with, ‘We want to do this; how do we get started?’”

“We would work with anyone who wants to participate,” said another coordinator, Lisa Baraff.

Used heavily across the country, the Solarize model came to Fairbanks in 2018, with the idea to bring the existing information together and make it actionable, initiative coordinator Jamie Hansen said.

“There are so many sources of information, but there wasn’t really a connection from ‘Hey I’m interested’ to ‘Oh, wait, but how do I actually do this?’ That’s the role that Solarize Fairbanks really aims to fill,” she said.

Todd Paris was one of the first to have solar panels installed in Steele Creek in summer 2020.

“Several factors seemed to come together this summer to push us to finally get it done,” he said. “The Solarize Fairbanks discount was a big factor as was the federal tax credit we’ll take advantage of next year.”

The federal tax credit is one of the biggest benefits for anyone going solar around the country, Hansen said. The Fairbanks North Star Borough also offers a tax credit to offset a portion of the property taxes on energy efficient construction and improvements. Spirit of Alaska Federal Credit Union and the U.S. Department of Agriculture are other examples of grant and discount sources, Hansen said.

After installing a solar panel system, residents can start generating free power, even during the long dark winters in Fairbanks. The use of bifacial solar panels allows to generate energy not only from the sun, but also from snow reflecting the sunlight, Baraff explained.

On the University of Alaska Fairbanks campus, bifacial panels outperforms monofacial modules by 21%, according to a study by the Alaska Center for Energy and Power Solar Technology.

“In the summertime, it makes people feel good when they get a $3 energy bill,” Quintyne said. “But with different types of solar technologies that we have, we are looking at the shoulder months in our season, and how that reflection of the snow benefits people as we are going into spring and breakup. That drives the costs down as well.”