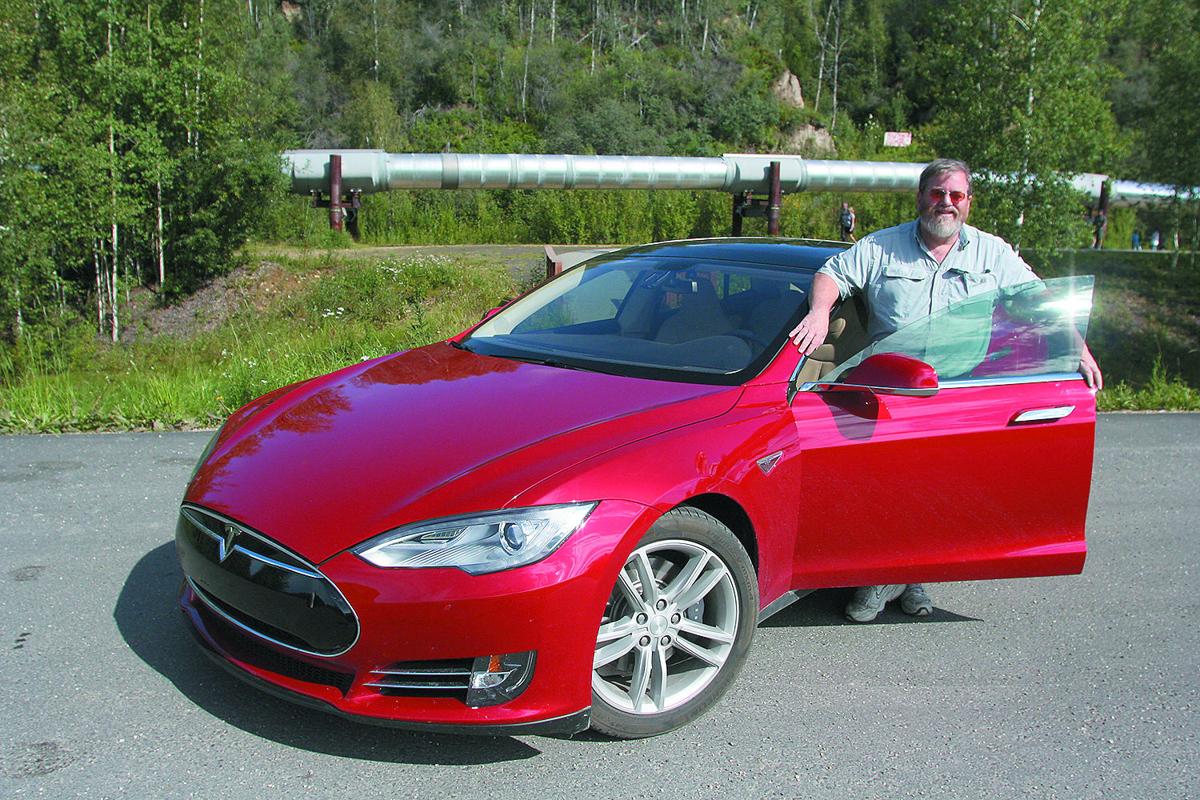 Guy Hall, a electric car advocate and president of the Sacremento Electric Vehicle Association, recently completed a trip in his Tesla Model S that brought him from the U.S.-Mexico border to Fairbanks poses outside the transAlaska Pipeline on Aug. 11, 2014. 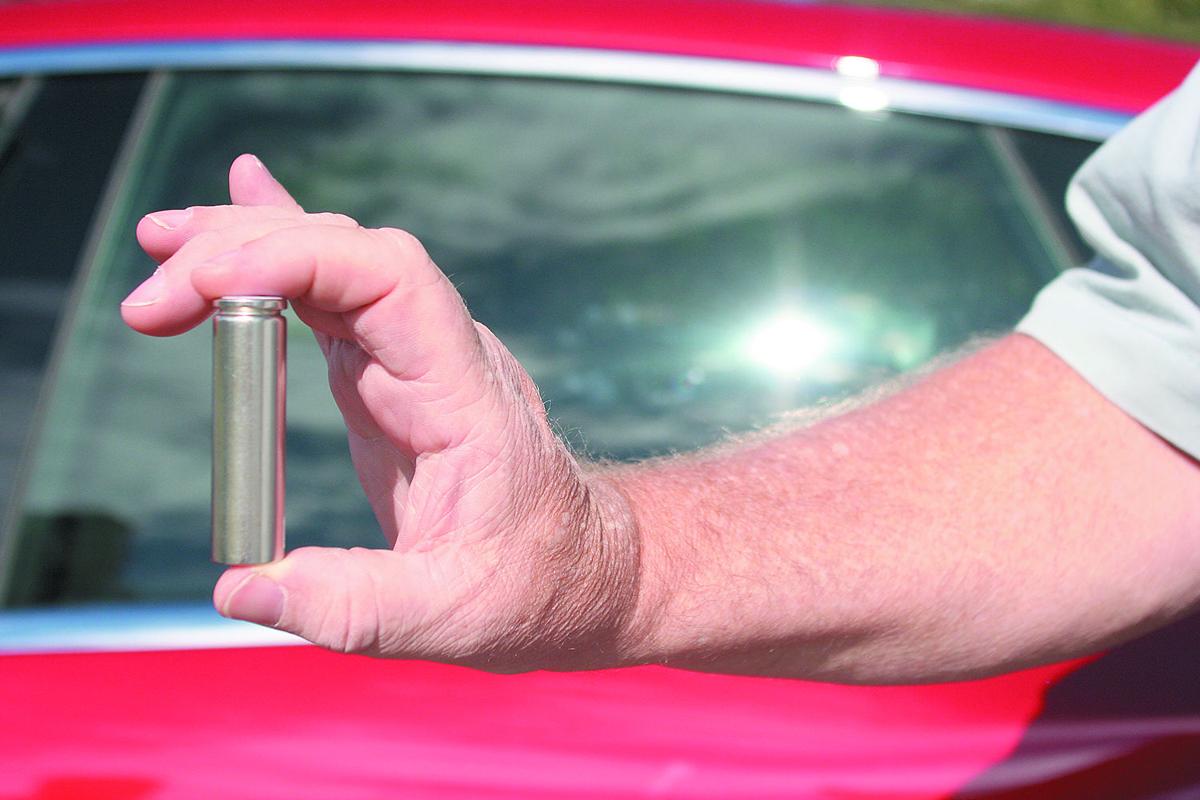 Guy Hall, the owner of a Tesla S and advocate for electric cars, shows off one of the many batteries that powers the electric car during a trip that brought him to Fairbanks on Aug. 11, 2014

Guy Hall, a electric car advocate and president of the Sacremento Electric Vehicle Association, recently completed a trip in his Tesla Model S that brought him from the U.S.-Mexico border to Fairbanks poses outside the transAlaska Pipeline on Aug. 11, 2014.

Guy Hall, the owner of a Tesla S and advocate for electric cars, shows off one of the many batteries that powers the electric car during a trip that brought him to Fairbanks on Aug. 11, 2014

FAIRBANKS — A press of the pedal and everyone in Californian Guy Hall’s Tesla Model S was pressed into their seats, with what electric car enthusiasts call a “Tesla Grin” spreading across their faces, as the red electric car went from 0 to 60 in a matter of seconds.

Hall, an advocate for electric cars and president of the Sacramento Electric Vehicle Association, completed the trip from the U.S.-Mexico border near Yuma, Arizona, to Fairbanks this week, showing off the high-tech electric car along the way.

Hall, a 30-year employee of Hewlett-Packard, was by no means much of a car enthusiast, owning a long series of Ford Tauruses most of his life, but he was a techie. And as an aficionado of high-tech gadgets, electric cars were intriguing. Now his family owns one of each of the auto industry’s leading electric cars: a Chevrolet Volt, a Nissan Leaf and the Tesla.

Not only do electric vehicles save big on fuel bills — in the Lower 48, charging amounts to about $1 per gallon equivalent or about $2 in Fairbanks by Hall’s estimations — but the Tesla S also brings some big changes to cars from everything related to comfort to safety.

“What surprises me is that with most tech businesses, you try to innovate on one or two dimensions, but they’ve innovated on everything and seem to have kept it all in control. It just boggles my mind,” he said.

There’s no traditional key to open or start the car, just a keychain that the vehicle senses when you get close. You can also change the car’s handling, from a stiff sports car feel to the noodly “comfort” handling, its suspension all from the an oversized touch pad that’s replaced the traditional knobs of a car’s console.

Hall made the trip, which he’s dubbed as the T5 (Tesla Tijuana to Tundra Tour), in about 17 days, stopping to recharge the vehicle’s batteries and give rides to locals along the way. The Tesla model that Hall drove has a range of about 250 miles and charging times can range from 20 minutes on high-power chargers to a day on a regular wall socket.

It wasn’t the easiest trip without the availability of the somewhat regular electric car charging stations along Lower 48 highways, but Hall had done his homework.

“I sat down with a pad of paper and figured I could do it,” he said. “I also had plan Bs and plan Cs, just in case.”

Along the Yukon, where there are long stretches without gas stations, Hall would either recharge at RV parks or find mechanic or welding shops that had 220-volt power plugins to charge his car, trading rides in the sporty car for electricity.

Hall said that while it took him longer to get to Fairbanks than it would have in a gasoline-fueled car, it gave him an opportunity to explore Canada and Alaska in a way that he wouldn’t have been able to if he was speeding through.

“It slows you down to take a break,” he said. “Sometimes it’s about an hour, but you get a chance to meet people. I’ve met some marvelously nice people here.”

Hall said he plans to depart Fairbanks this afternoon to return home to Sacramento, but said that he hopes to make the T5 trip into a tradition among other electric car enthusiasts, handing off a trophy to drivers who can make it in record time.