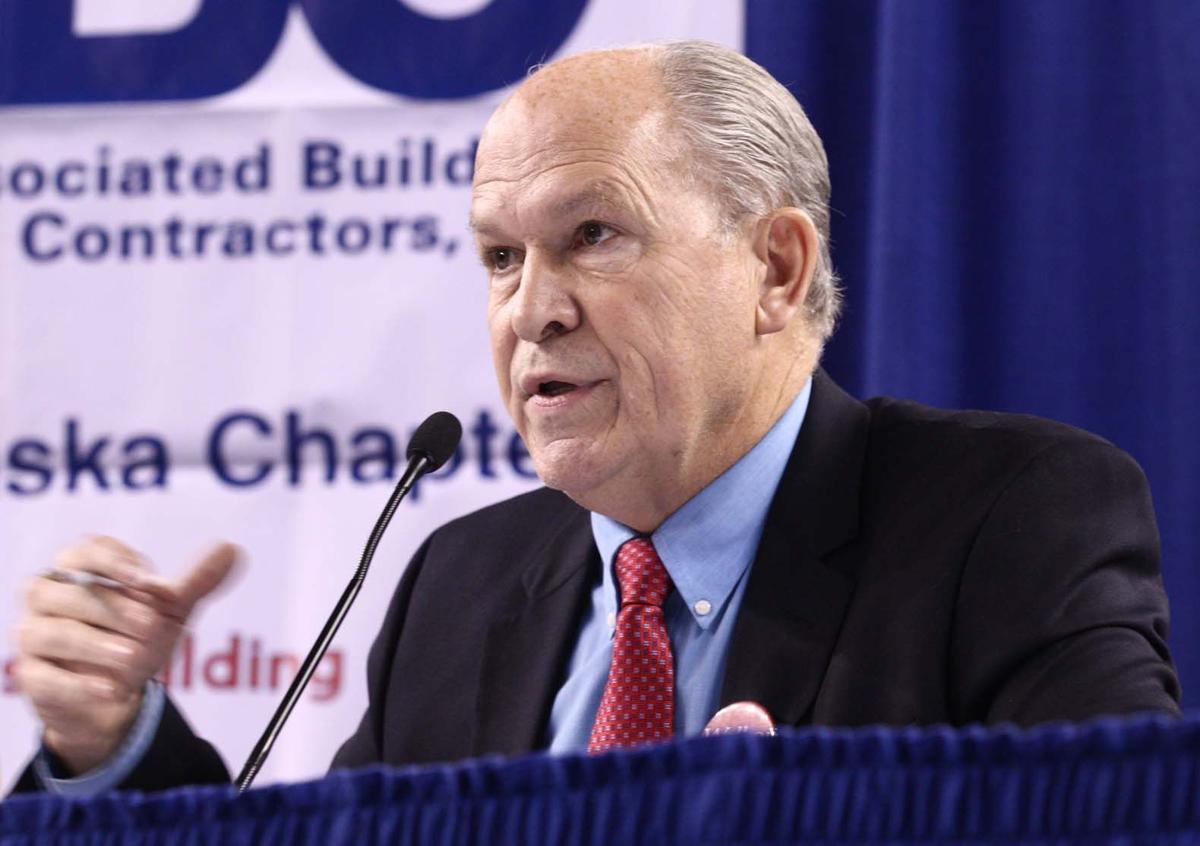 Independent challenger Bill Walker answers a question during the gubernatorial debate between he and Republican incumbent Sean Parnell Tuesday afternoon, October 14, 2014 at the Carlson Center. 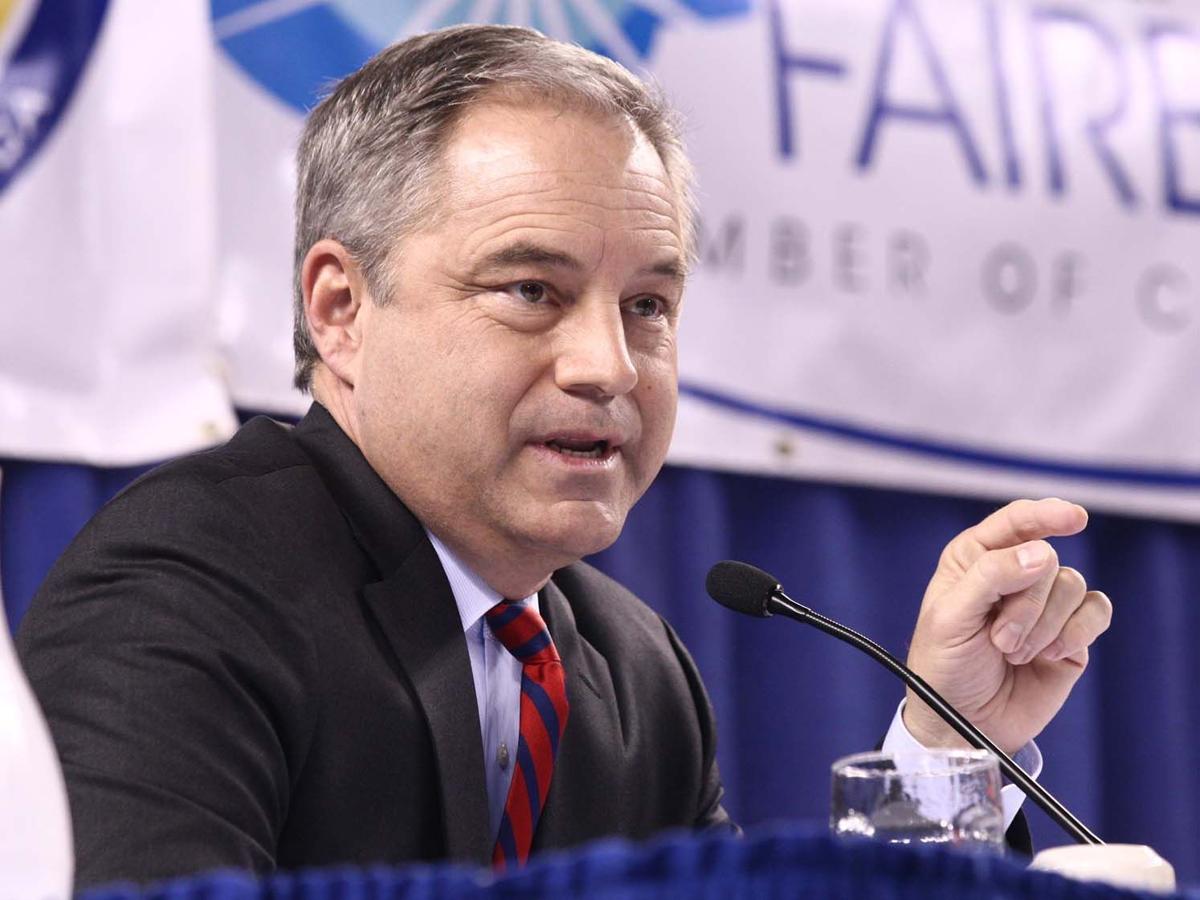 Republican incumbent Sean Parnell answers a question during the gubernatorial debate between he and Independent challenger Bill Walker Tuesday afternoon, October 14, 2014 at the Carlson Center. 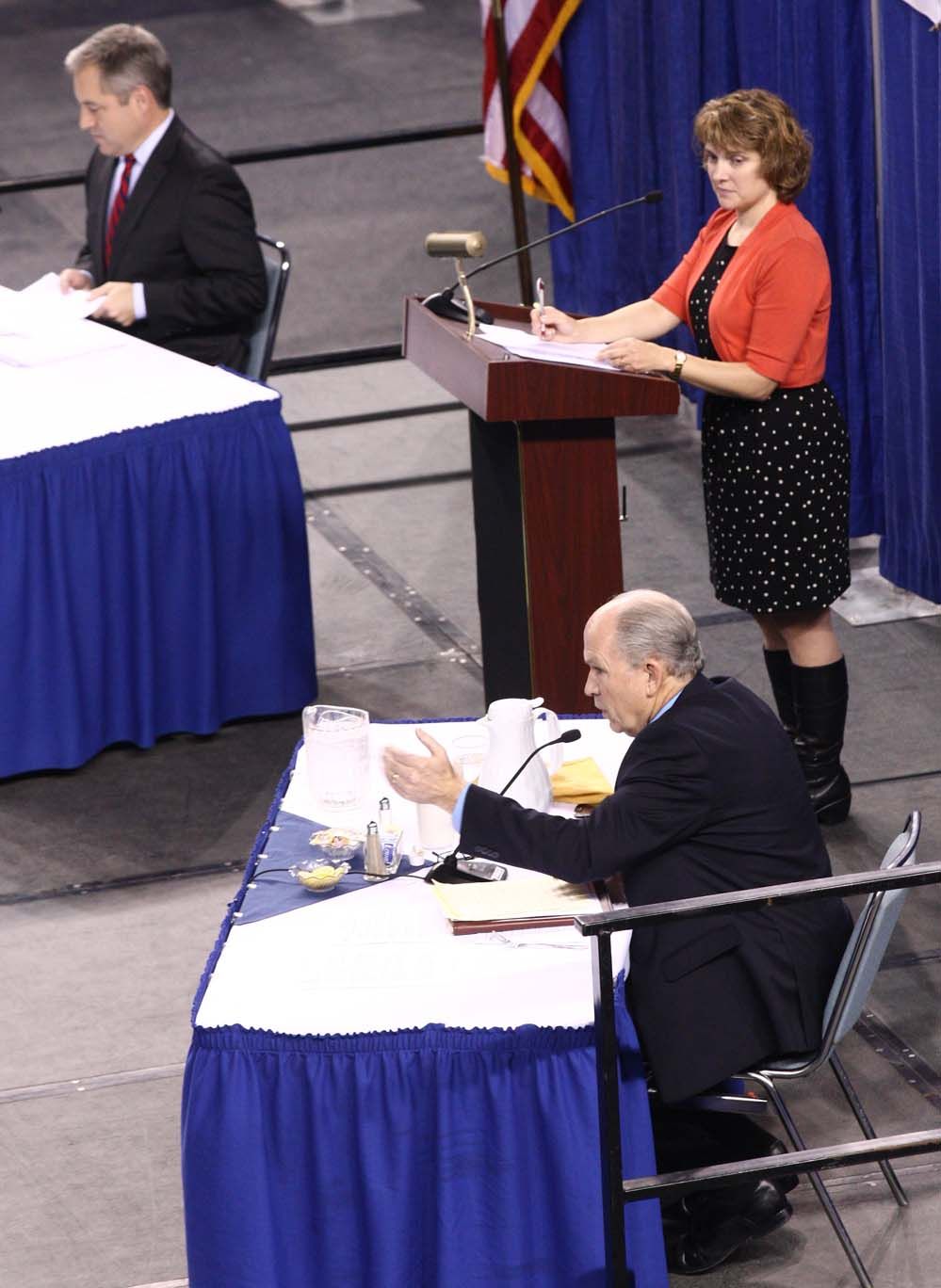 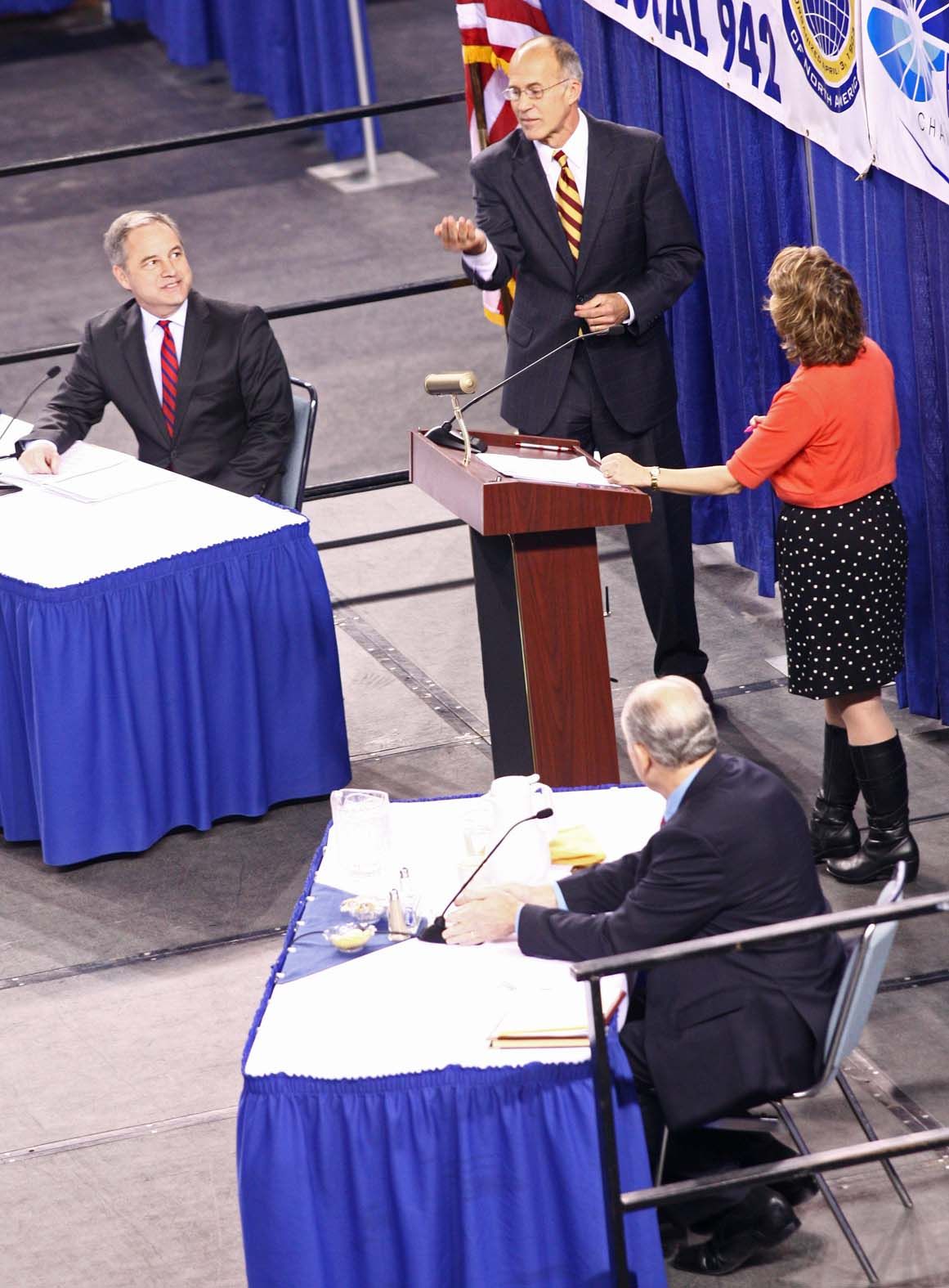 Independent challenger Bill Walker answers a question during the gubernatorial debate between he and Republican incumbent Sean Parnell Tuesday afternoon, October 14, 2014 at the Carlson Center.

Republican incumbent Sean Parnell answers a question during the gubernatorial debate between he and Independent challenger Bill Walker Tuesday afternoon, October 14, 2014 at the Carlson Center.

FAIRBANKS  — Energy policy and state spending dominated a lively gubernatorial debate between Gov. Sean Parnell and Bill Walker on Tuesday, as the candidates sparred over the best course for Alaska’s future before a packed crowd at the Carlson Center.

The event, which was sponsored by the Greater Fairbanks Chamber of Commerce, was the first Fairbanks debate between Parnell, the Republican incumbent, and Walker, who is running an independent campaign for the seat.

Delivering relief from high energy prices was a constant theme. Walker began the debate by saying he’d declare an energy disaster in the Interior as his first act as governor. He said the move would spotlight the need to focus on both short- and long-term solutions, including a large-diameter gas line, trucking gas from the North Slope, and possibly moving it north by rail from Cook Inlet.

“I will be the most aggressive governor in the history of this state on the cost of energy,” Walker said.

Parnell cited his work on that front as a reason to re-elect him for another term, saying the state is closer than it’s ever been to a long-sought gas pipeline. Short-term solutions, including a plan to truck liquefied gas to Fairbanks, made great strides under his leadership, Parnell said.

“We’re making progress,” he said. “We need to continue the course.”

The candidates attacked each other aggressively on a variety of subjects throughout the debate.

He accused Walker of changing his message depending on the audience throughout the campaign.

“There’s no plan behind the man,” Parnell said.

Walker defended the ticket with Mallott as a recipe needed to overcome partisan gridlock, saying he’d accept ideas from across the political spectrum.

Parnell and Walker battled about their approach for dealing with a state deficit as oil revenues decline. Walker said recent budget reductions have less of an impact because Parnell is simply cutting bloated spending plans from earlier in his tenure. Parnell, meanwhile, criticized Walker for lacking a specific approach to cutting the budget.

The flatter tax will actually bring in $150 million more than the previous regime under current oil prices, he said.

Walker said it’s too soon to know whether the new oil-tax system is a long-term solution. But he said he’d abide by a narrow public vote in August that kept the plan in place while making sure oil companies keep their pledges for greater investment.

Walker also accused Parnell of doing little to help the Flint Hills Resources refinery in North Pole, saying he hadn’t met with its owners when they were seeking solutions. Parnell strongly denied he had been warned about an imminent closure, saying he hadn’t anticipated the news.

The most persistent questioning involved Parnell’s recent nominees to the State Assessment Review Board, including nominating a former oil executive from California for a post. Walker repeatedly asked Parnell why he’d worked “to make sure the value of that pipeline is as low as possible,” which would result in a loss of property tax receipts for some municipalities, including Fairbanks.

Parnell sidestepped the question twice before responding that he simply wanted people who could fairly assess the pipeline’s value.

“We need people who will call balls, balls and strikes, strikes,” Parnell said.

A video of the full debate is posted at the Greater Fairbanks Chamber of Commerce website at http://fairbankschamber.org.