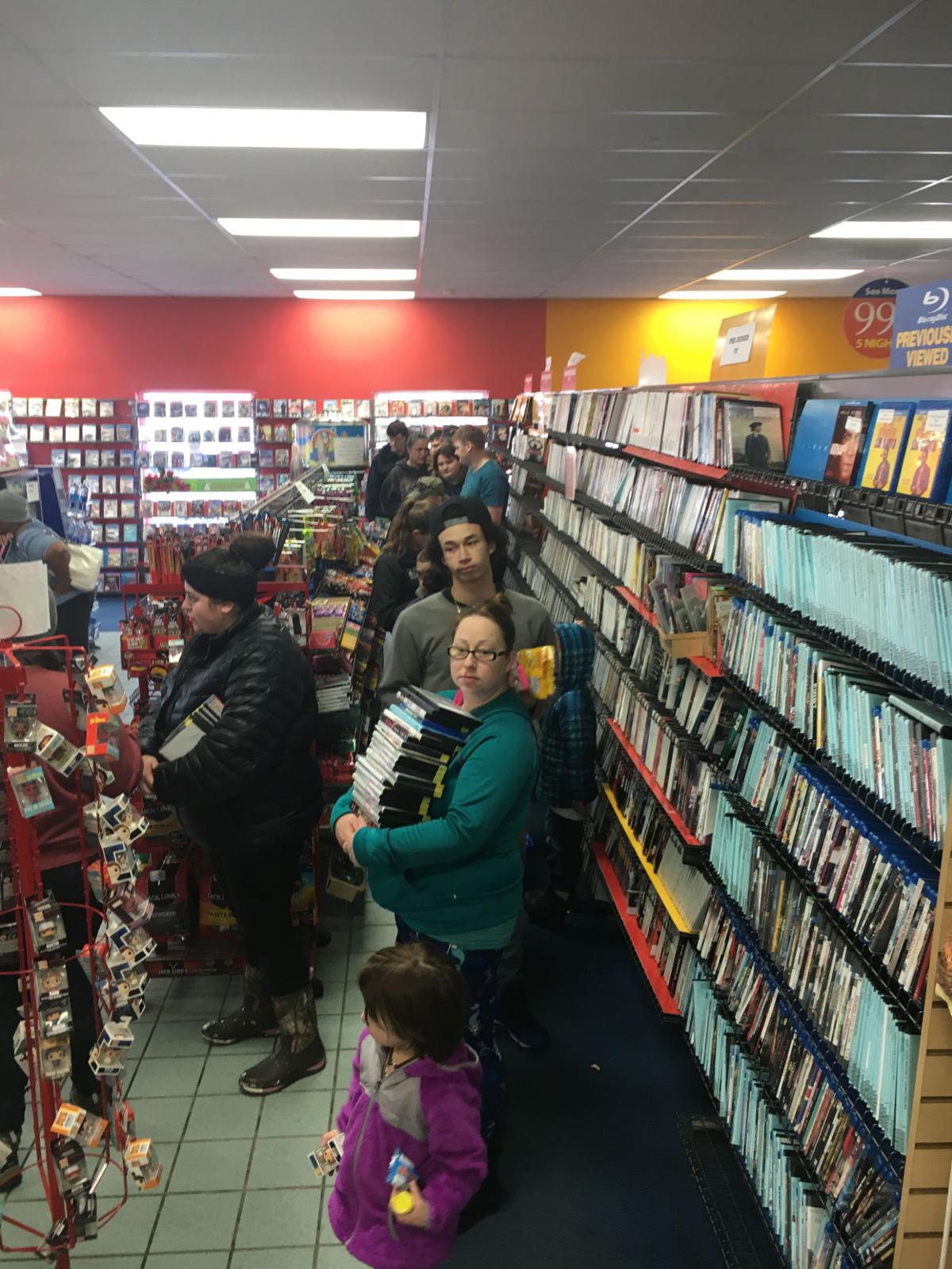 Shoppers stand in the checkout line at North Pole’s Blockbuster Video on Tuesday. 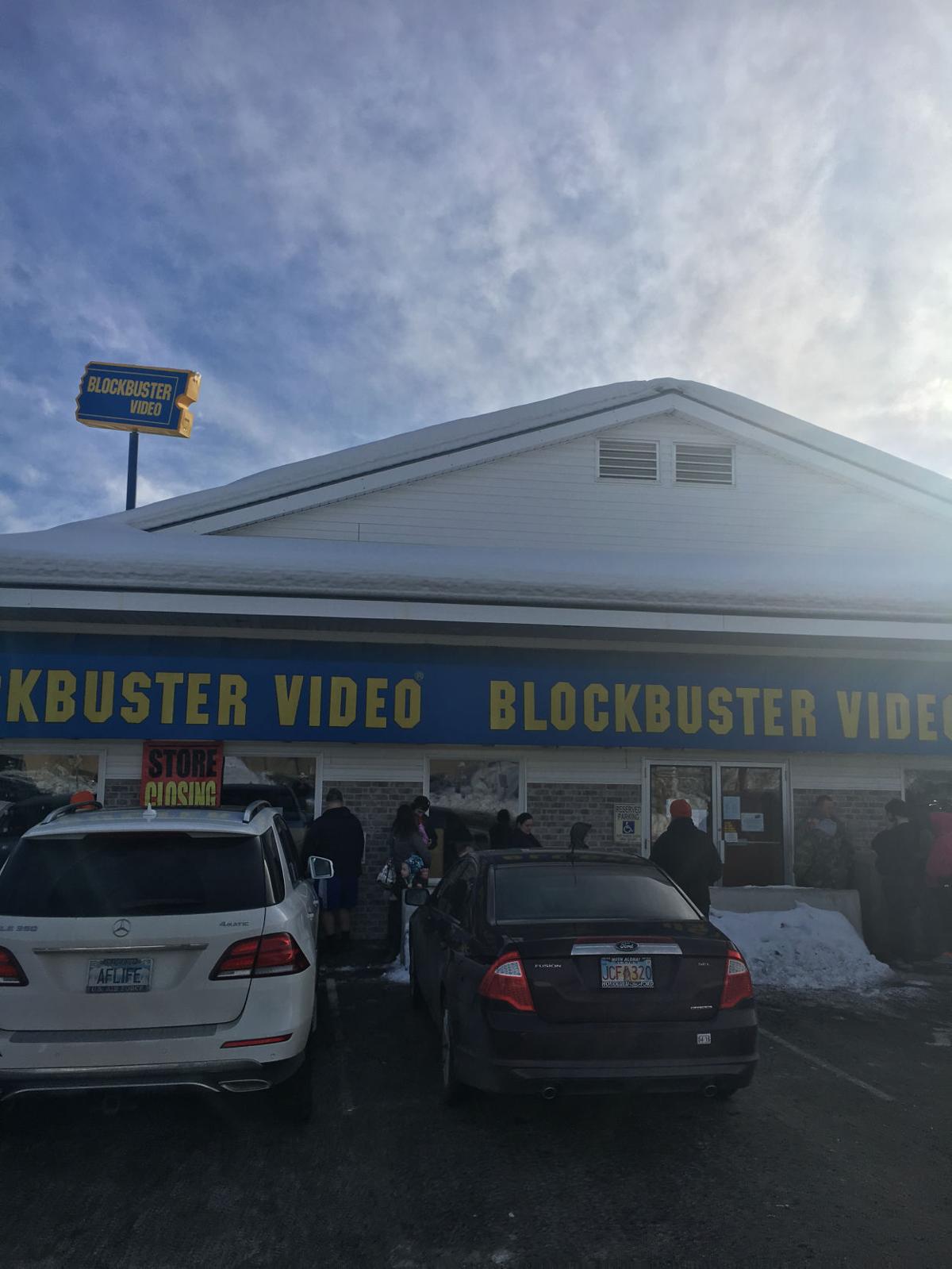 Shoppers stand in the checkout line at North Pole’s Blockbuster Video on Tuesday.

NORTH POLE — For some, going to Blockbuster Video was a little like going back in time. The bright blue and yellow colors. The popcorn and candy. The little plastic boxes sitting in rows on tall shelves.

It hasn’t changed much since the 1990s, and a lot of customers appreciate that, general manager Kevin Daymude said. People could bring their children and share an experience from their own childhood.

But time has run out for one of the last remaining Blockbuster Video stores in Alaska and in the United States. The North Pole store will close sometime in April, Daymude said. The store had a loyal following but too few customers to keep the doors open.

“Do we have a great clientele? Yes, without a doubt,” Daymude said. “It just declined.”

Blockbuster Video has been a fixture on Santa Claus Lane, North Pole’s main drag, since opening in the mid-1990s. The store’s signature blue and gold sign can be seen next to the McDonald’s sign from the Richardson Highway.

The impending closure was announced Sunday when signs were put up saying “store closing.” Facebook notices about the closure were soon shared hundreds of times.

Some customers have had an emotional reaction, Daymude said. One lady cried.

About 40 people waited outside the doors on Tuesday for the store’s liquidation sale. Customers bought stacks of movies, which were marked $5 to $15. Other merchandise was discounted 15 percent.

Those interviewed expressed sadness and regret that a fixture in their life is going away. Monica Bonis grew up going to Blockbuster Video in the Lower 48.

“That was our weekend thing,” the homemaker and substitute teacher said.

She watched in dismay as Blockbuster stores, including her hometown store, began closing after the turn of the century. Upon moving to North Pole a few years ago, Bonis said she was excited to learn the city had one of the last remaining Blockbuster stores. She visited regularly with her children.

“I’m glad that they got to experience it,” Bonis said.

Homemaker Taylor Neininger said she frequents Blockbuster Video about once a week.

“We have Vudu and Amazon but we prefer to come here,” she said. “It’s nice to come with family and look at movies.”

Ivan Leibbrandt, a pastor, agreed. He prefers the movie rental experience over streaming them online.

“We’ll probably just do Amazon but we don’t really like it,” he said.

Bobby Hulsey, who works nights stocking shelves at a grocery store, wasn’t surprised by the announcement that the local Blockbuster is closing. He said it was “kind of inevitable.”

“You just don’t see Blockbusters anymore,” he said. “Everything is going online now.”

Blockbuster Video is the only video store in North Pole, although DVDs can be rented for $1.50 at a DVDXpress kiosk at the North Pole Safeway.

The only new merchandise coming to the Blockbuster store will be T-shirts and sweatshirts, which Daymude said have always been popular due to the increasing rarity of Blockbuster stores.  Now they will be a collectors item, he said.