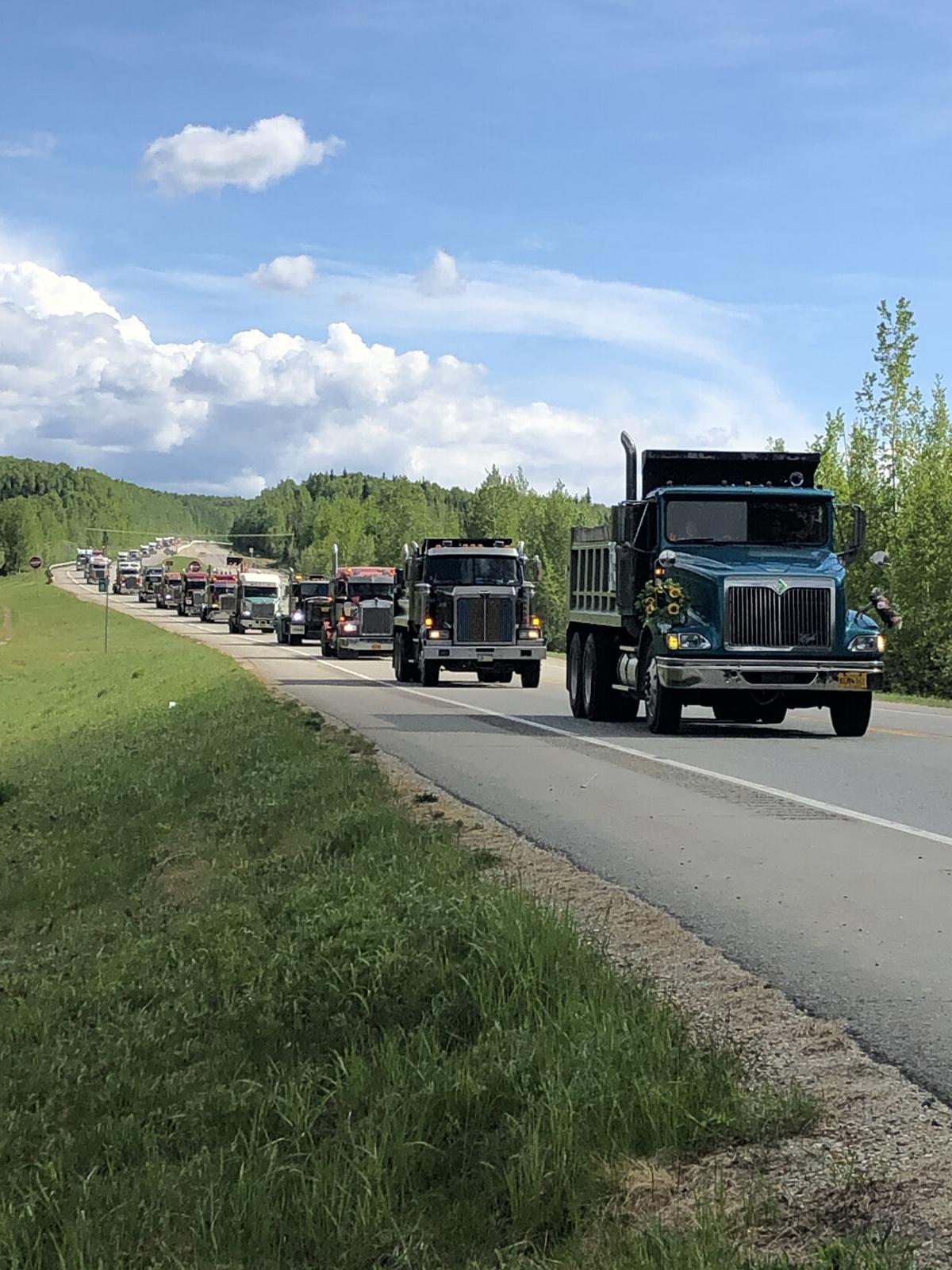 A line of big rigs is seen traveling the Steese Highway, heading toward Fox, on Saturday in a funeral procession to honor fallen truck drivers. Amanda Bohman/News-Miner Photo. 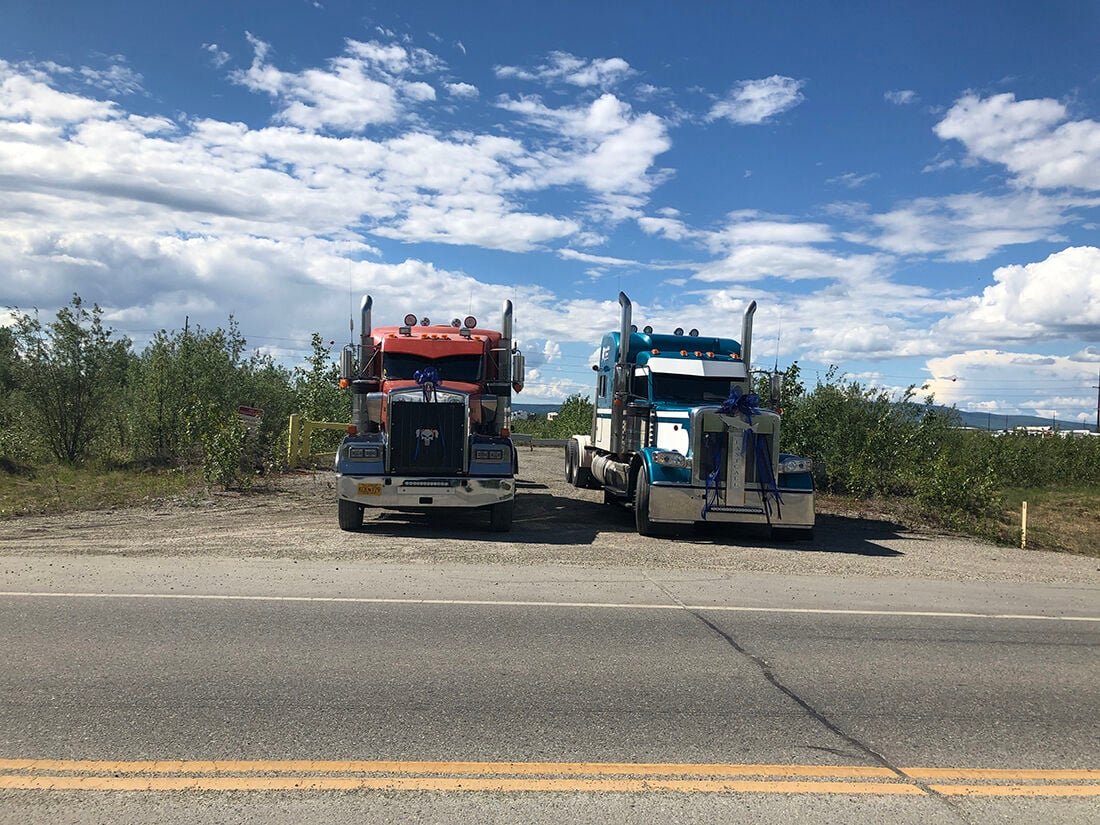 Two trucks are waiting to bring up the rear at the 2021 Memorial Convoy for fallen truck drivers in Fairbanks on Saturday. Amanda Bohman/News-Miner

A line of big rigs is seen traveling the Steese Highway, heading toward Fox, on Saturday in a funeral procession to honor fallen truck drivers. Amanda Bohman/News-Miner Photo.

Two trucks are waiting to bring up the rear at the 2021 Memorial Convoy for fallen truck drivers in Fairbanks on Saturday. Amanda Bohman/News-Miner

Friends say Kendall Baukol, 47, of Fairbanks, had a heart attack shortly before he drove his big rig off the Dalton Highway at Mile 11 and died in the cab on March 24.

It was for Baukol and all of the others—some who died too soon and some who died after a long life—that dozens of truckers rolled from South Fairbanks to Fox in a funeral procession on Saturday. It was the 14th memorial convoy for the tractor trailer drivers, many of them “Haul Road Warriors,” and their families.

“This is a small community,” said Casey King, who grew up in the trucking industry. “When something happens to one of these guys, it just hits home with everybody.”

Dewey Frost, 36, of North Pole was among those remembered.

The water truck delivery driver and father’s life was cut short last October when an emergency vehicle lost control on the Parks Highway near Ester on a slick stretch of road. While passing a slow-moving vehicle, the emergency vehicle crossed into oncoming traffic and collided with Frost’s water truck. Frost was trapped in the cab and died at the scene.

One of the most tragic road deaths in recent memory happened in 2018 when Joy Wiebe, a 50-year-old wife and mother of Fairbanks, was hauling a 59-foot tanker with 9,700 gallons of diesel fuel and went off a soft shoulder and down a steep embankment. Her tanker flipped on impact and she died at the scene about 31 miles south of Deadhorse.

Deb Baker is a 34-year pilot car driver known as “Ma” and has been organizing the memorial convoys.

“I have piloted just about everyone of these trucks and these guys on the road,” she said. “The only family that I have here in Alaska is my immediate family and my trucking family.”

The memorial convoys started after a trucker named Dale “Spud” Harris was killed in a head-on crash with a trailer that had swung around.

“Sadly enough, he died in my son’s arms,” said Baker, whose husband and children also have ties to the trucking industry.

“I’m the one that they kept bleeping,” she said.

Phil Kromm has put in 25 years on the haul road and said “a lot of good friends” in the trucking industry have been lost.

Richard Broneske has more than 40 years behind the wheel and said he was thinking about several haul road drivers who are gone.

Scott Kasperek, a trucker for the last 45 years, said he wanted to honor his friend, Ron Becker, who died in 2016 of leukemia.

“He had a heart of gold,” Kasperek said.

Becker operated a Fairbanks trucking company, Becker Trucking, that was started in 1946 and handed down from his father.

Kasperek said truck drivers in Alaska can be a tight-knit group.

“It’s a big state with very few roads,” he said. “You get to know everybody up and down the road.”

The convoy concluded with a family picnic in Fox.