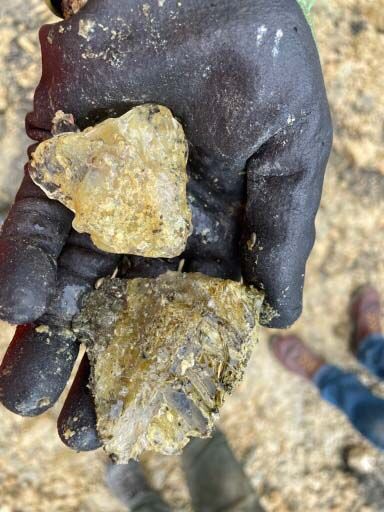 Some of the rocks from the landslide contained chunks of ice. 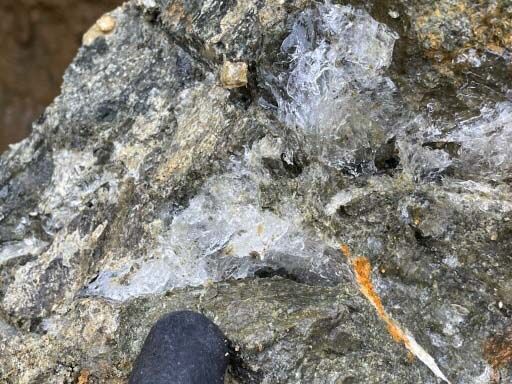 Landslide debris revealed ice at Pretty Rocks, a site that is slumping more every year due to melting permafrost.

Some of the rocks from the landslide contained chunks of ice.

Landslide debris revealed ice at Pretty Rocks, a site that is slumping more every year due to melting permafrost.

A landslide on Polychrome Pass at Denali National Park closed the park road for about five hours Saturday, stranding buses on both sides of the slide.

The slide occurred at Pretty Rocks, a site on Polychrome Pass that has been slumping more frequently in recent years as temperatures rise and permafrost melts. Of the more than 140 unstable slopes along the 92-mile park road, Pretty Rocks has demonstrated the most potential to cause problems and disrupt driving on the one-lane, gravel road.

The slump is at Mile 45.4 of the park road, about halfway on the only road into Denali National Park.

Park workers who monitor the slide reported on Friday that it was slumping and the east end of the slide was already moving at an unprecedented rate, due to rainfall. The site was already scheduled to close at 10 p.m. Friday, as part of the regular construction schedule. Discovering that additional rain was forecast for the evening, they decided to re-evaluate on Saturday morning and decide then whether it was safe to open the road. At 8 a.m., the park announced it was closing the road.

“So traffic was stopped in both directions between Teklanika and Toklat,” said Sharon Stiteler, public affairs officer for Denali National Park. “The park geologist went out to evaluate and road crews went out.”

It is significant to note the rainfall was not substantial.

“It wasn’t a large amount of rain,” Stiteler said. “It was about 1½ inches and that caused the slide. We’re in new territory with this road and climate change.”

The road was shut down from 8 a.m. to about noon.

The number of buses affected isn’t really known. Some continued after the park road re-opened and some turned around.

Not many buses were at Toklat, on the other side of Polychrome Pass. Most were stopped at Teklanika Rest Stop as they headed west.

Pretty Rocks has been a top priority for the park for the past several years as the slumping has accelerated.

In 2004, that area moved about 2 feet per year. In 2014, movement increased substantially. By spring 2018, that section was moving 6- to 9-inches per month during the winter.

When spring road crews discovered the road had dropped by about 12 feet over the winter of 2018-19, they had to rebuild the road in a new spot, higher on the mountain. In 2020-21 the site slumped a total of 29 feet below its original height, creating an 18-foot escarpment on its eastern flank. An escarpment is a steep slope or long cliff caused by erosion that separates two levels at different elevations.

The main culprit? Melting permafrost. The rock on the mountain heats up from the sun and warmer temperatures. With no protective vegetation in place, the permafrost underneath the rock melts and the rock slides.

The park service continues looking for long-term solutions. Options include building a bridge to span the landslide area, removing material from above the road, re-aligning the road to the north of Polychrome Pass, or re-aligning the road to the Plains of Murie in the valley floor below. So far, the bridge option appears to be the preferred solution.