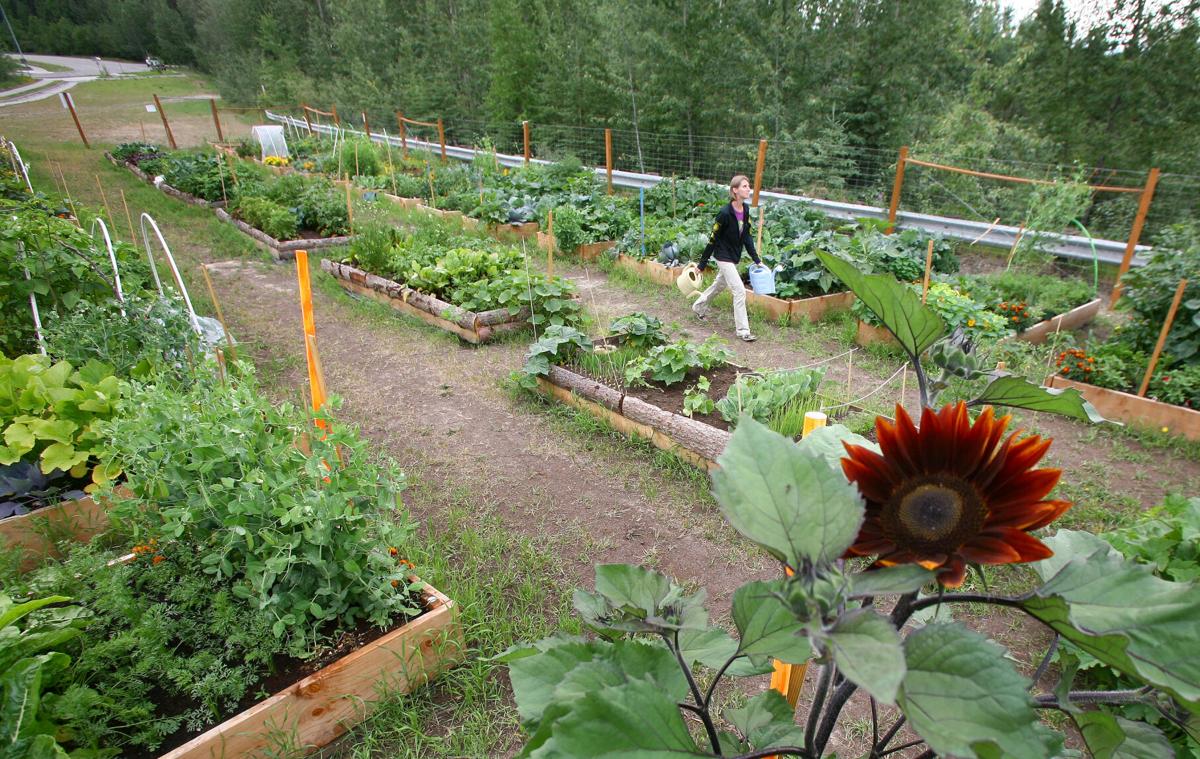 A seed program out of Ester is expanding this year, encouraging gardeners to sign up to become seeds stewards as part of a biodiversity program. News-Miner file photo 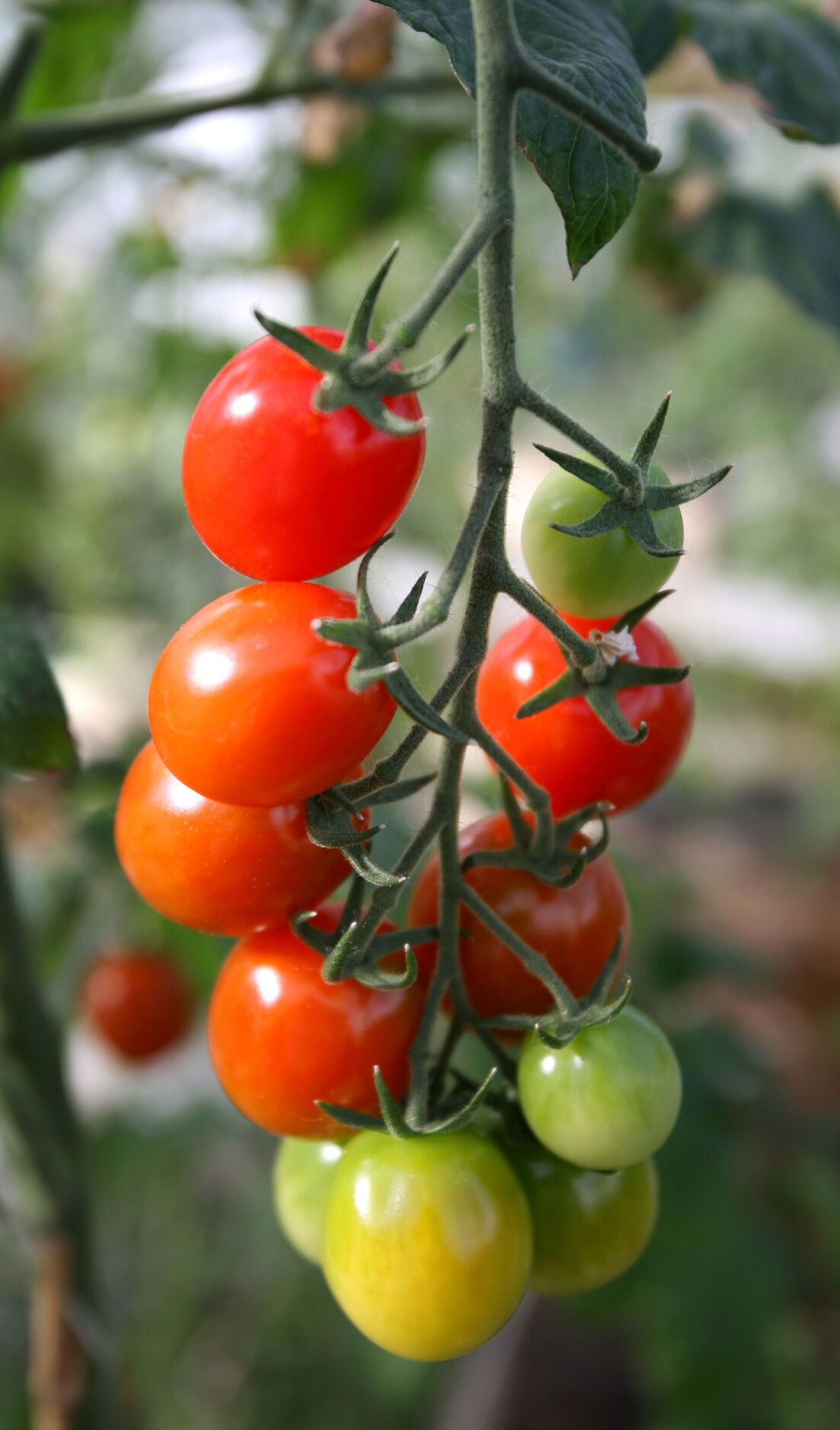 Tomatoes ripen on the vine inside Pike’s Greenhouse. News-Miner photo

A seed program out of Ester is expanding this year, encouraging gardeners to sign up to become seeds stewards as part of a biodiversity program. News-Miner file photo

Tomatoes ripen on the vine inside Pike’s Greenhouse. News-Miner photo

A seed program that has its roots in food security issues and growing local is expanding, and it’s looking for gardeners to help propagate its success.

The John Trigg Ester Library has launched a seed steward venture as part of the library’s Growing Ester’s Biodiversity program, a food and education effort that includes a seed library. At the seed library, gardeners can “check out” seeds to grow in home gardens and then return new seeds in the fall after the end of the harvest season. The idea is to return seeds so they’re available the following year for other gardeners.

Now the Ester biodiversity program is seeking seed stewards — people who will grow a curated package of seeds based on the gardener’s experience level and growing conditions, and at the end of the season, return seeds from the biggest, healthiest plants.

“We are doing our small part, on a local level, to maintain a diverse variety of local agricultural products and help ensure access to true-type food in our future,” Monique Musick, a seed program volunteer, said in a release announcing the stewardship program.

In the past, the library and biodiversity effort hosted Seedy Saturdays, a get-together of growers and gardeners who would swap seeds and garden advice in person. Because of the pandemic, COVID-19 concerns and matters of social distancing, Seedy Saturdays are on hold for now. That’s when Musick and other volunteers decided to launch the stewardship program online, increasing its reach around Fairbanks. Gardeners sign up on the library’s web page by March 1 and pick up curated seed packages on March 8, 18 and 22.

“The whole concept is people get to check out seeds, grow them, and at the end of the season you harvest them and return them to the library,” Musick said. “Last year’s seed has been grown and optimized locally, and that’s kind of the idea. One of the tenets of saving seeds is you save the best. You save the seed that’s adapted to the local growing environment.”

Musick used peas as an example. You let the biggest, best pea plant go to seed, you harvest the pods, return them to the library, and the following year gardeners will have seeds from that healthy, viable plant, which in return will produce more healthy, viable plants, thereby increasing yield and strengthening the plant to Alaska’s growing conditions.

“If you think about how many pods you get from a single pea, you’ve made all those seeds and you don’t have to save that many pods to have what you planted before,” she said. “If you borrow 10-15, you can easily give back 20-30 seeds.”

Food security issues play a role in the library’s efforts to encourage local growing as does the issue of seed monetization. As seed companies monetize products, fewer varieties are available for the public to grow. That means heirloom varieties could disappear as seed monetization becomes more prevalent.

According to a survey from the Rural Advancement Foundation International, a nonprofit farm organization that promotes rural agricultural issues and raises awareness of food security, the United States had access to 497 different varieties of lettuces in 1903, the seeds of which were sold by companies across the nation.

That number was reduced to 36 varieties by 1983 due to seed monetization. The survey, which included 66 crops, found that about 93 percent of the varieties had gone extinct.

“We’re literally just losing varieties,” Musick said. “These heirloom varieties — the seeds of rebellion — is a whole rebellion about having our food taken away. Markets are growing tomatoes for the market, not for the best tomato.”

That aspect, keeping older or rarer varieties alive, is part of the idea behind the seed stewardship program. In addition to growing local, you’re growing heirloom varieties that are known to produce in Alaska, Musick said.

“If you have great- grandma’s tomatoes, save those seeds,” she said. “They might be disappearing otherwise.”

Kristin Haney, like Musick, is a volunteer with the program. She got involved with the effort as she became more aware of local growing issues. And like Musick, Haney advocates for more growing locally.

“We need people to get involved because a seed library isn’t sustainable just setting there on a shelf,” she said. “We need people to grow seeds and harvest them. If we can do that, we’re improving how the seed does here in the Interior.”

Seed stewards will have access to the entire seed library, and membership is $10 per year. Applications to become seed stewards can be found at bit.ly/3aHMMU0.

The deadline to apply for seed stewardship is March 1.