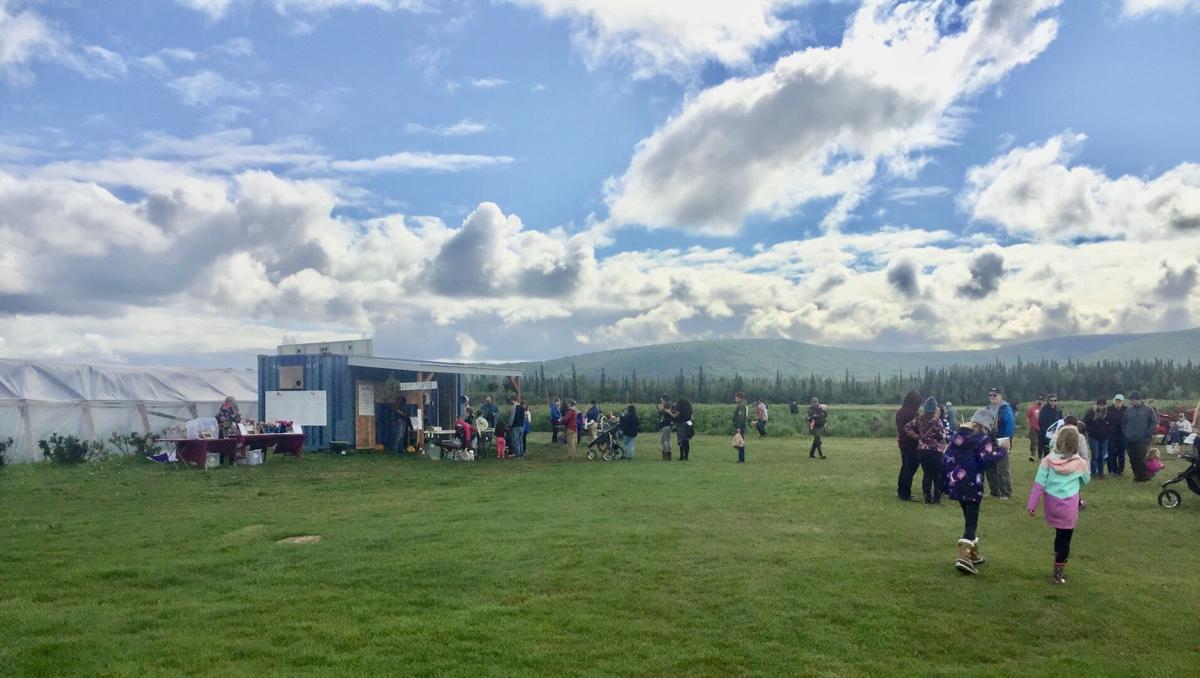 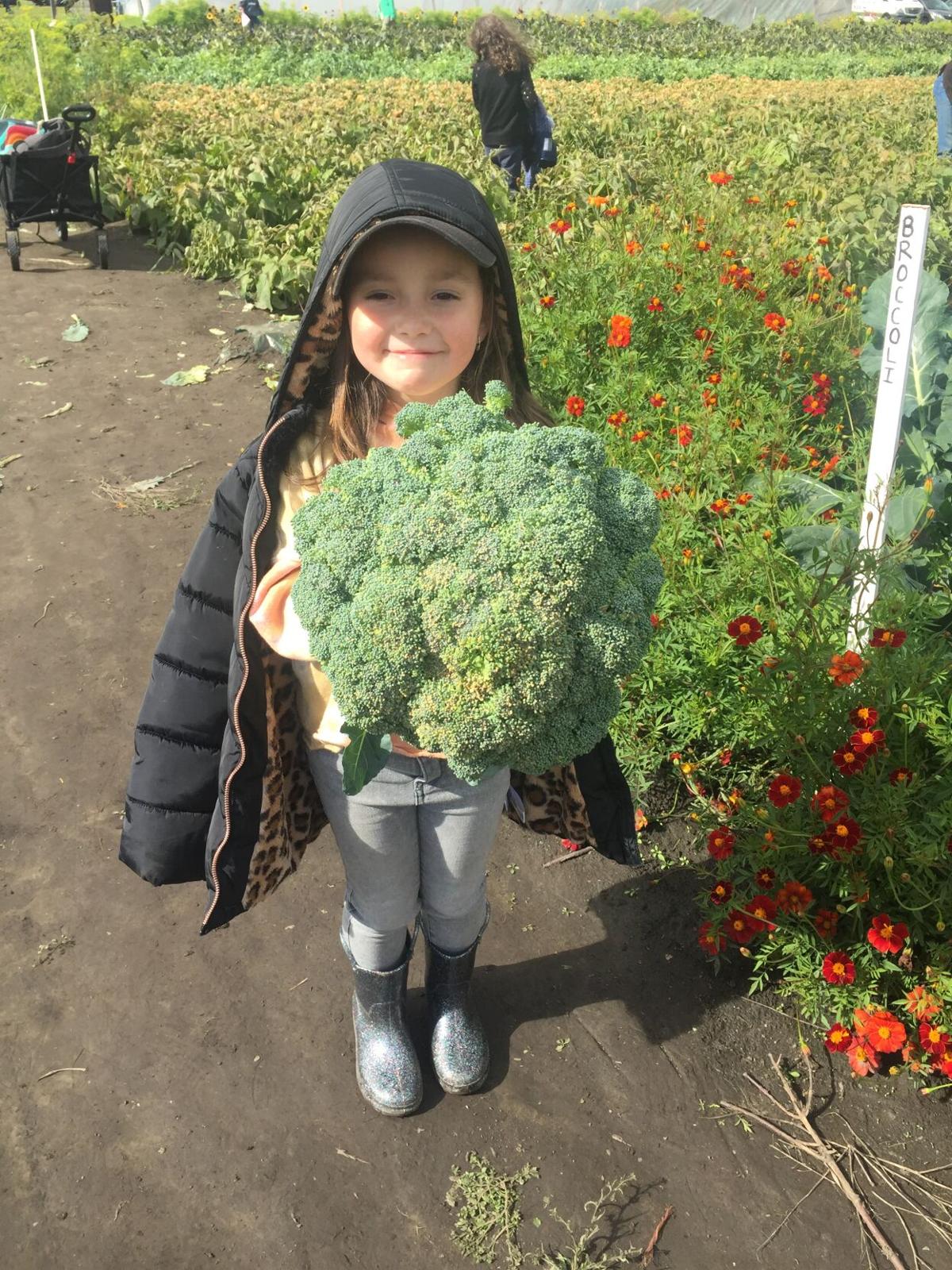 Gabriella Cavaleiro, 6, came all the way from Fairbanks to pick her own broccoli.at Big M Farm to celebrate Harvest Day. 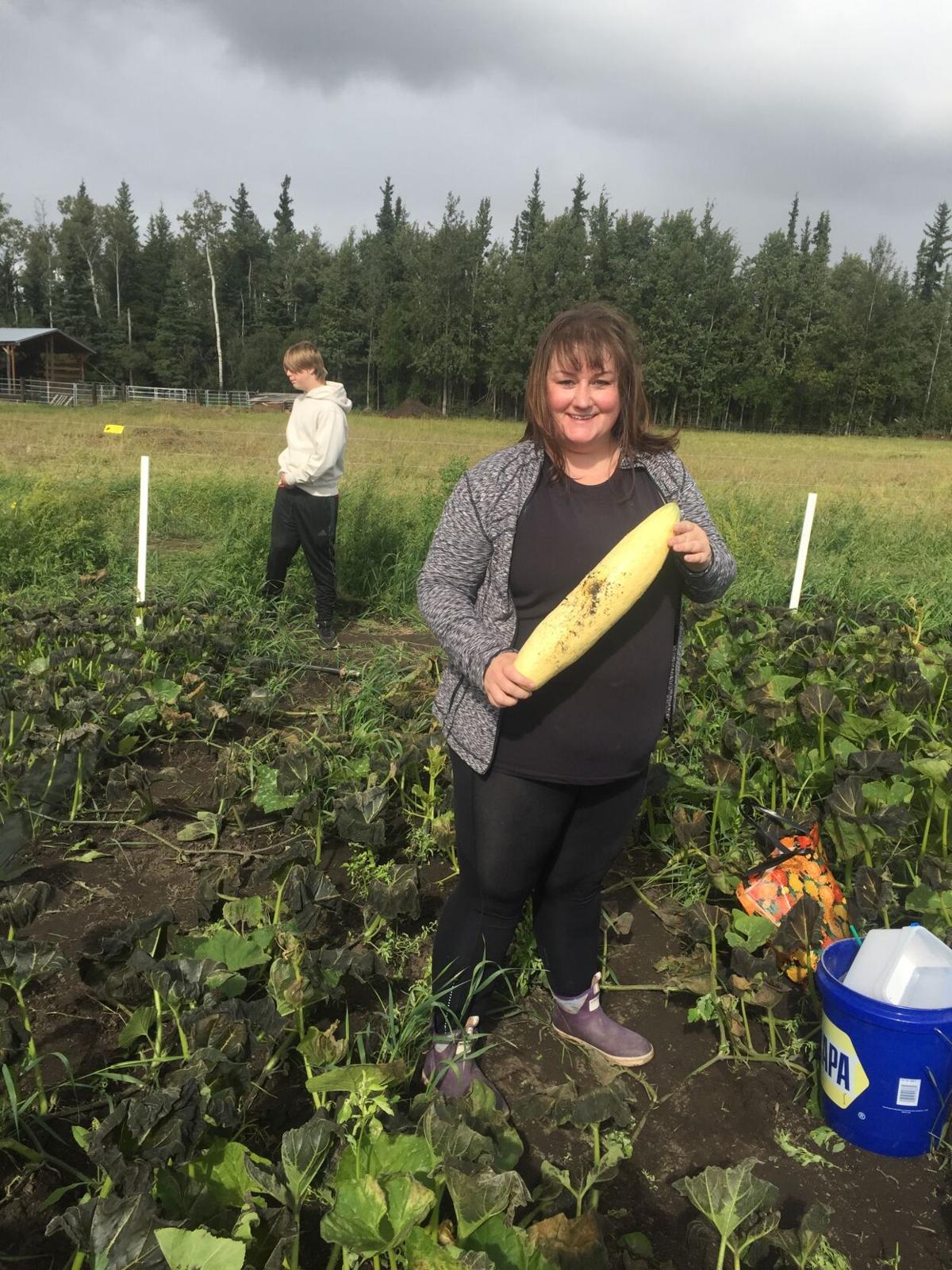 Jannelle Grimes of Fairbanks is a regular visitor to Big M Farm and has a recipe in mind for this candy roaster squash. 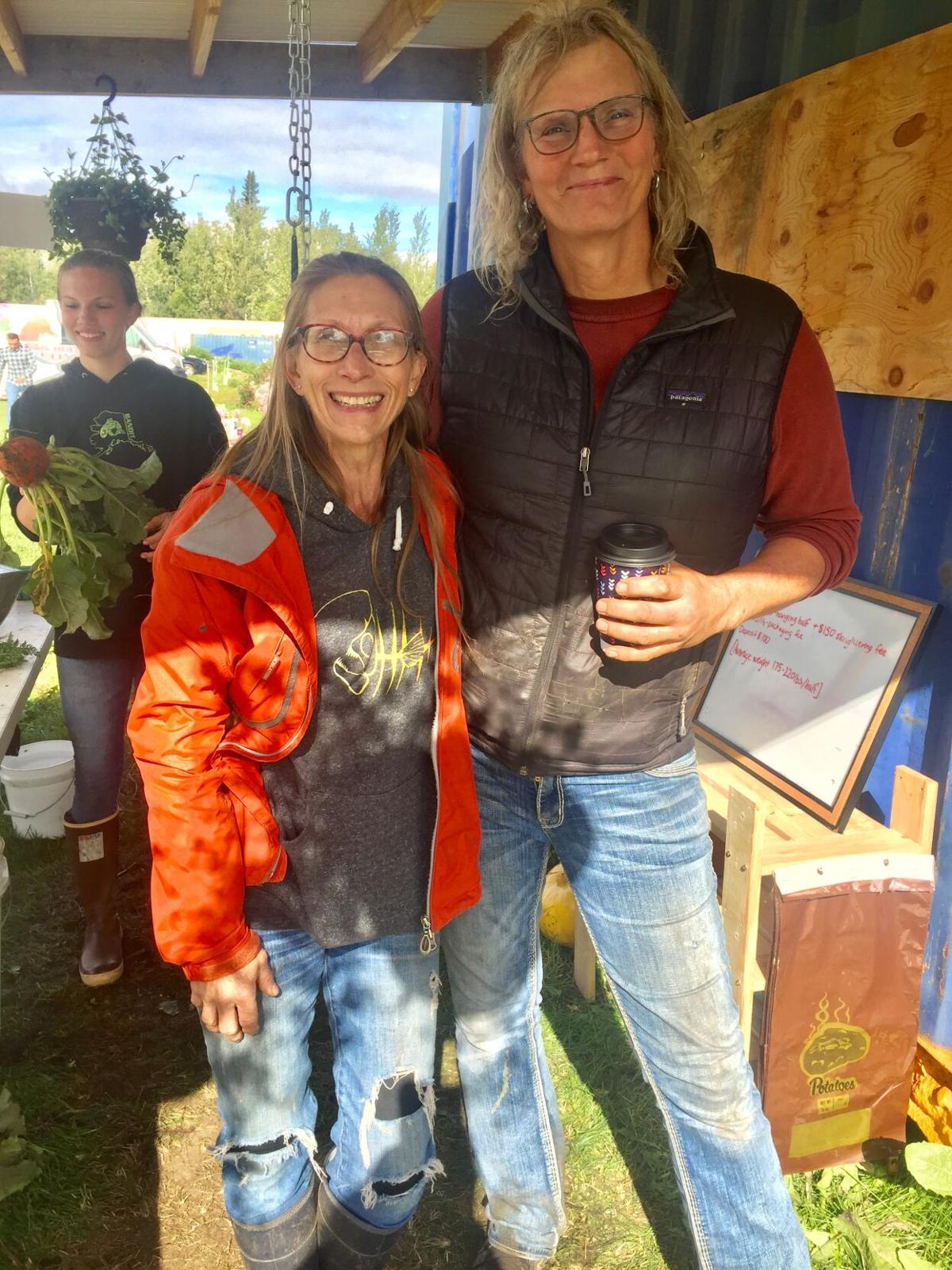 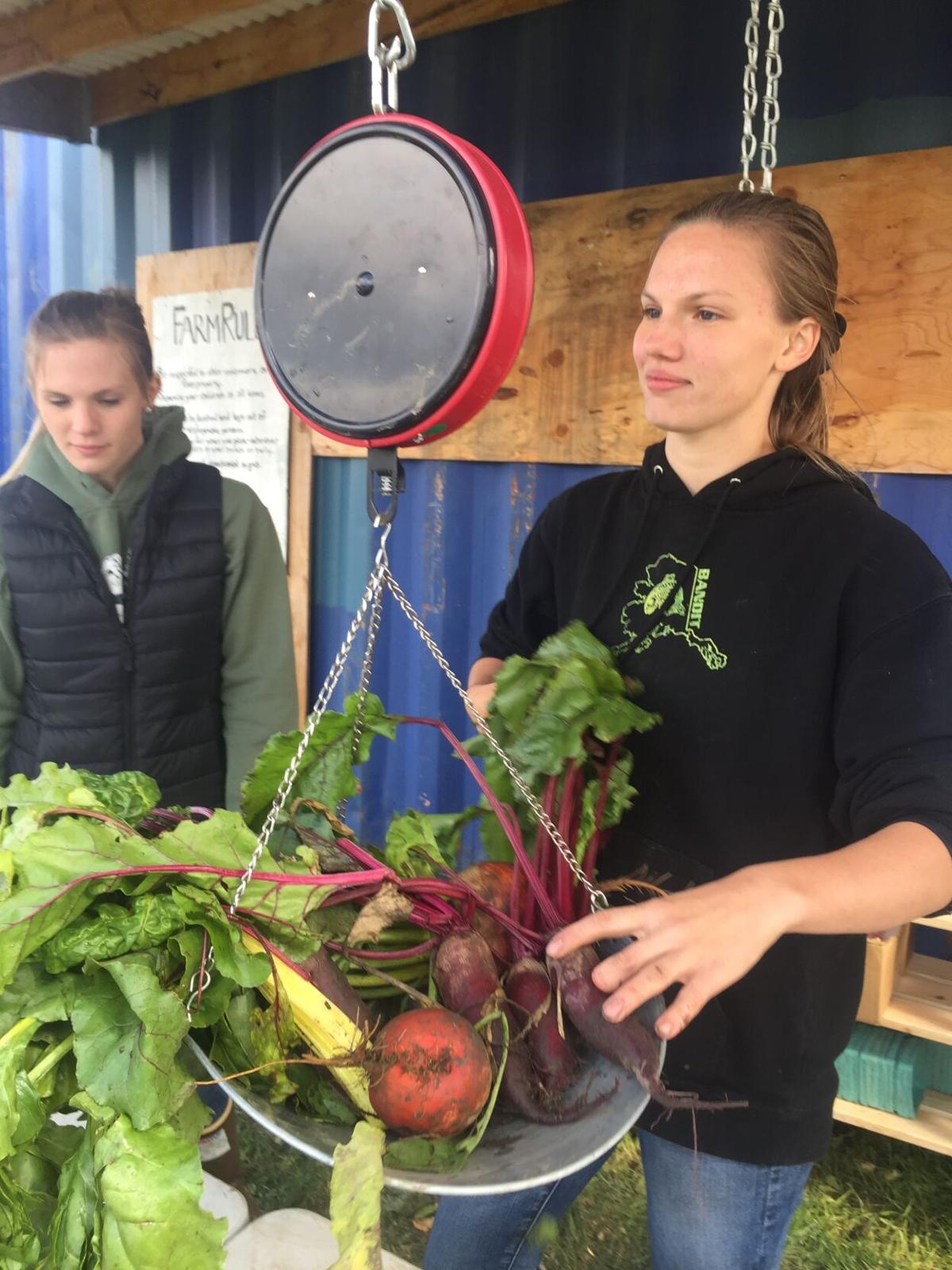 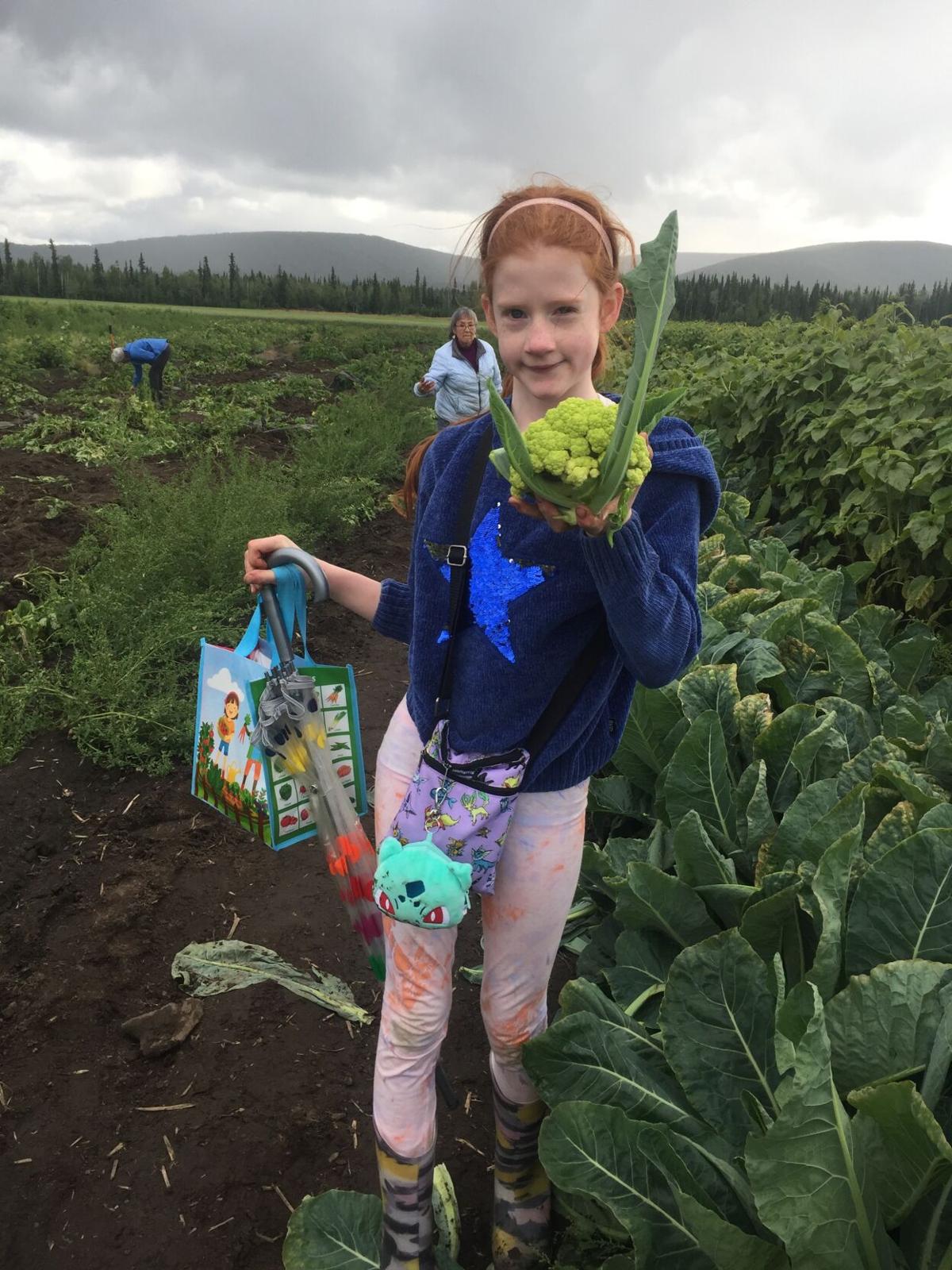 It took quite a bit of effort, but Caroline McAllister of Fairbanks harvested this golden cauliflower. 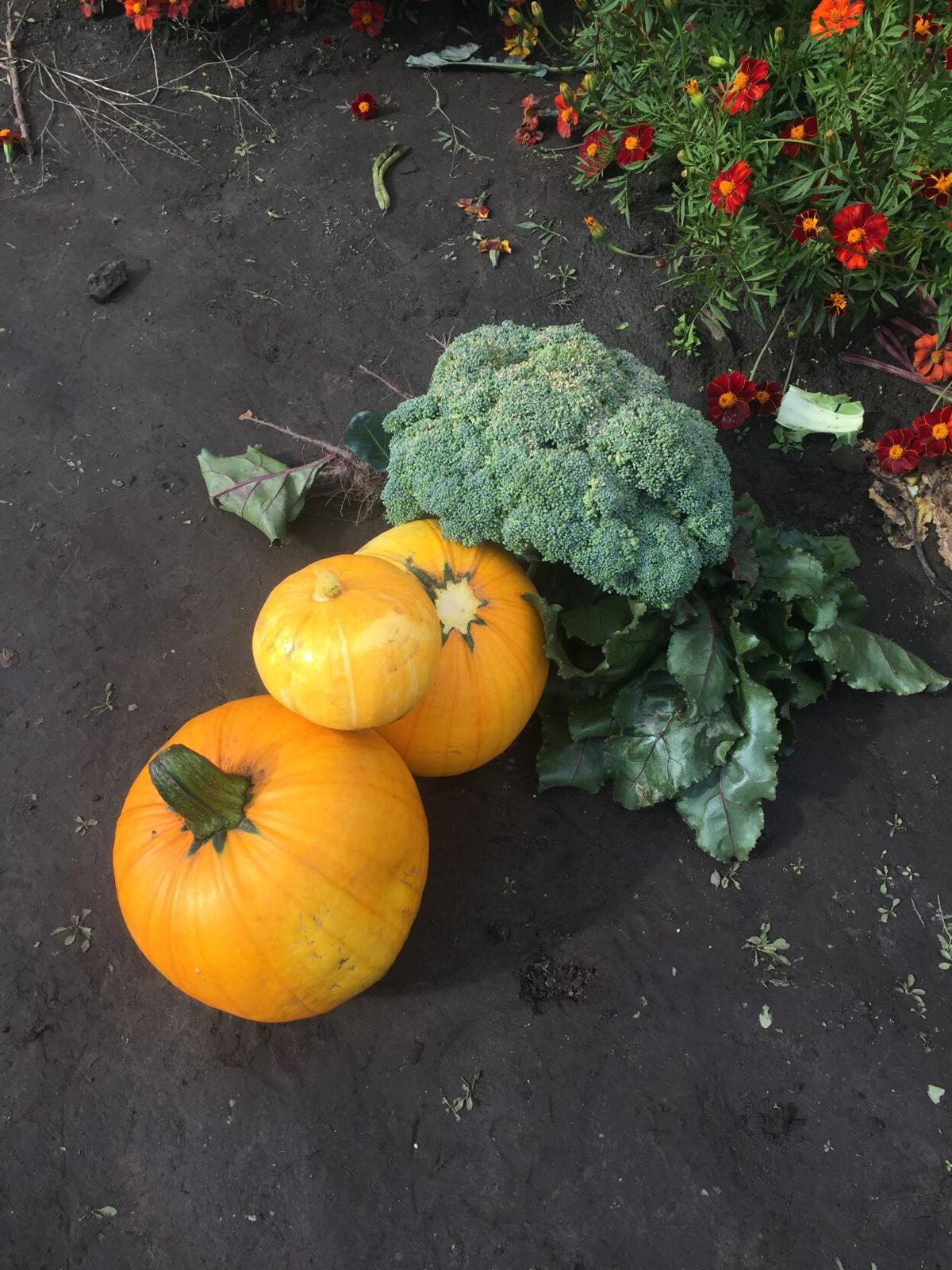 Gabriella Cavaleiro, 6, came all the way from Fairbanks to pick her own broccoli.at Big M Farm to celebrate Harvest Day.

Jannelle Grimes of Fairbanks is a regular visitor to Big M Farm and has a recipe in mind for this candy roaster squash.

It took quite a bit of effort, but Caroline McAllister of Fairbanks harvested this golden cauliflower.

The only thing Steve Minnema likes more than farming is sharing the bounty of his farm with other families. That’s why he always looks forward to the annual Harvest Day at the 235-acre Big M Farm, just north of Nenana.

“I love watching families,” he said. “It just fills my heart.”

His favorite thing is seeing kids with berries smashed all over their faces and hands covered in dirt from digging up carrots.

His own kids long ago dubbed the farm the “Big M Farm” — a nod to ranches handed down from generation to generation — and now he expects the farm is a tradition he will pass on to them. After all, they are an important part of keeping the farm running smoothly. One son is a mechanic who helps keep the farm’s classic antique tractors running. During Harvest Day, he provided hay rides for kids, pulling a trailer behind a giant farm tractor. One tyke described it as a “roller coaster ride.”

The tractors, like his John Deere 7020, are all antiques, but they are working antiques.

Daughters Hope and Grace man the weigh station on Harvest Day, checking out everyone who collected bins and bags and wagons filled with fresh produce and vegetables and berries. Family members were everywhere that day, helping visitors find what they were looking for among the many rows of greenery. His wife Rebecca knows every detail about what is planted and keeps the farm running with boundless energy, he said.

Minnema always wanted to be a farmer, from the time he was a kid growing up in Southcentral Wisconsin. There, he milked dairy cows for his grandfather and fell in love with the farming lifestyle. But it was too expensive to pursue in Wisconsin.

Part of that farming lifestyle included being self-sufficient. So the electrical wiring skills he learned as a youngster growing up in a contracting family, and then nurtured into a career as an electrician, eventually helped make his farming dream happen. That skill still supplements his income these days, since farming is not really a lucrative pursuit, he noted.

“I don’t make any money doing this,” he said, looking out over the many families hunched over, picking berries, beans, peas, squash and other vegetables.

He was 30 years old with a mortgage, raising a young family, when a friend stopped by in Wisconsin and announced he was moving to Alaska. Minnema had always dreamed of moving to Alaska to pursue farming and he thought, “By golly, I’m gonna do it.”

When he drove down the driveway north of Nenana to what would one day become the Big M Farm, he knew this was the answer to his dream.

“I knew I had to live here,” he said. “I bought it that October. In March, we pushed the snow in and me and my sons built a cabin. And we just started farming.”

So began his trial-and-error farming career, beginning to plant in February and then putting plants in the ground the first week of June. Over the years, the Big M Farm has become a much loved you-pick-it destination for folks throughout the Interior.

“I come here all the time,” said Jannell Grimes, of Fairbanks, cradling a giant candy roaster squash in her arms. She was near the pumpkin patch, where kids excitedly plucked their own pumpkins from vines.

“The fact that you’ve got a pumpkin patch in Alaska is pretty cool,” she said.

“We come all summer,” said Jessica Bennett, with two very dirty young sons at her side. “Green beans are my thing.”

Her sons bragged about the carrots and the broccoli they found and were quick to offer hints on where to search for the best vegetables.

“We generally open up mid-July,” Minnema said. “The honeyberries are ready first. On any given Saturday, a couple hundred people are here.”

Harvest Day, every August, is the big day.

“We hold back, then we open everything up,” he said.

In recent years, customers can pick berries too.

Customers arrive carrying containers of all shapes and sizes, with kids of all ages in tow.

On Harvest Day, The Hungry Robot’s mobile pizza oven set up across from the weighing station for hungry customers, along with Fox Hollow Peonies, a vendor selling organic honey and Jacob Frazier, 9, selling glasses of lemonade.

“We get a lot of regulars,” he said. “It’s humbling. I wouldn’t do it otherwise.”