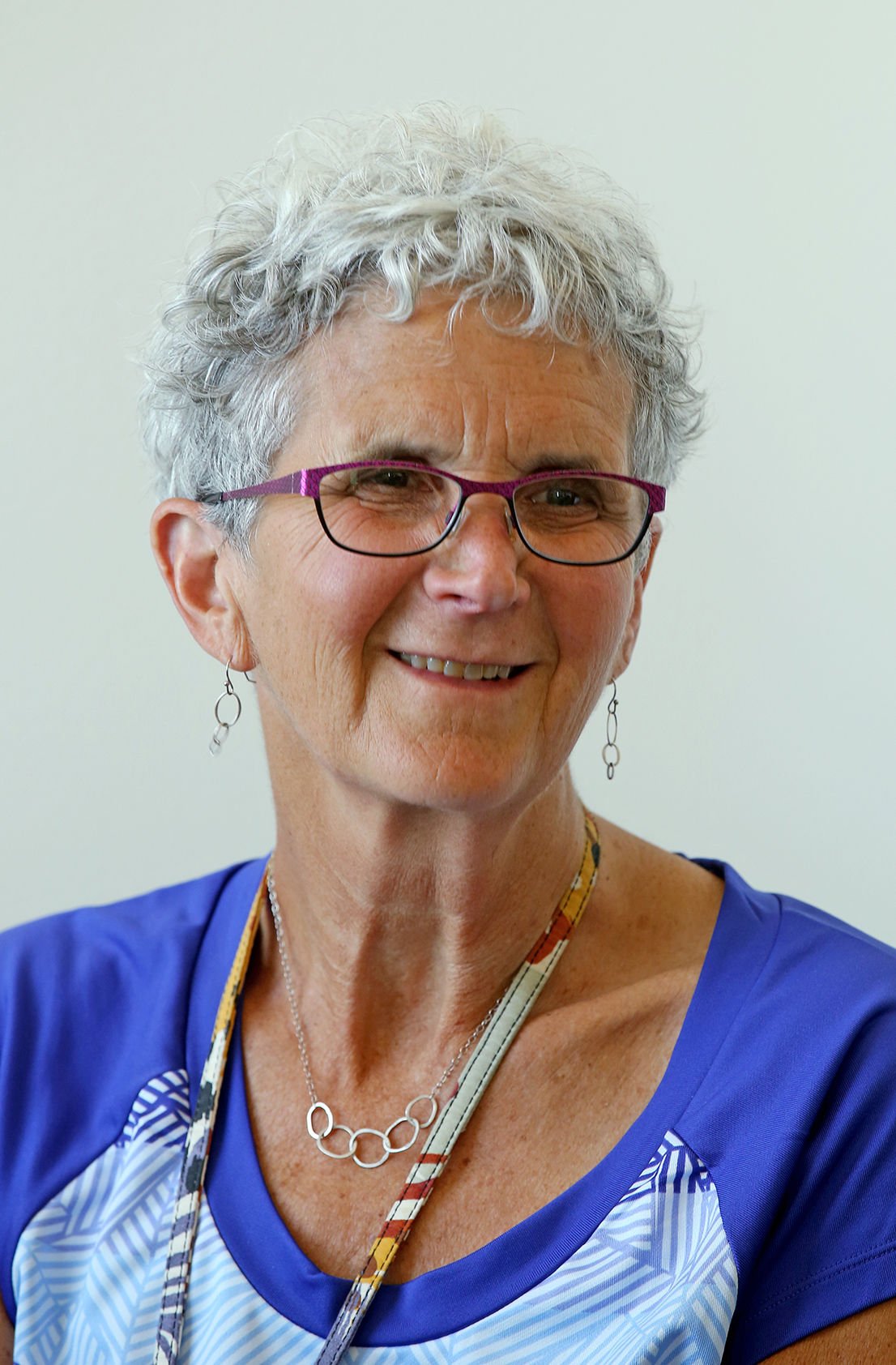 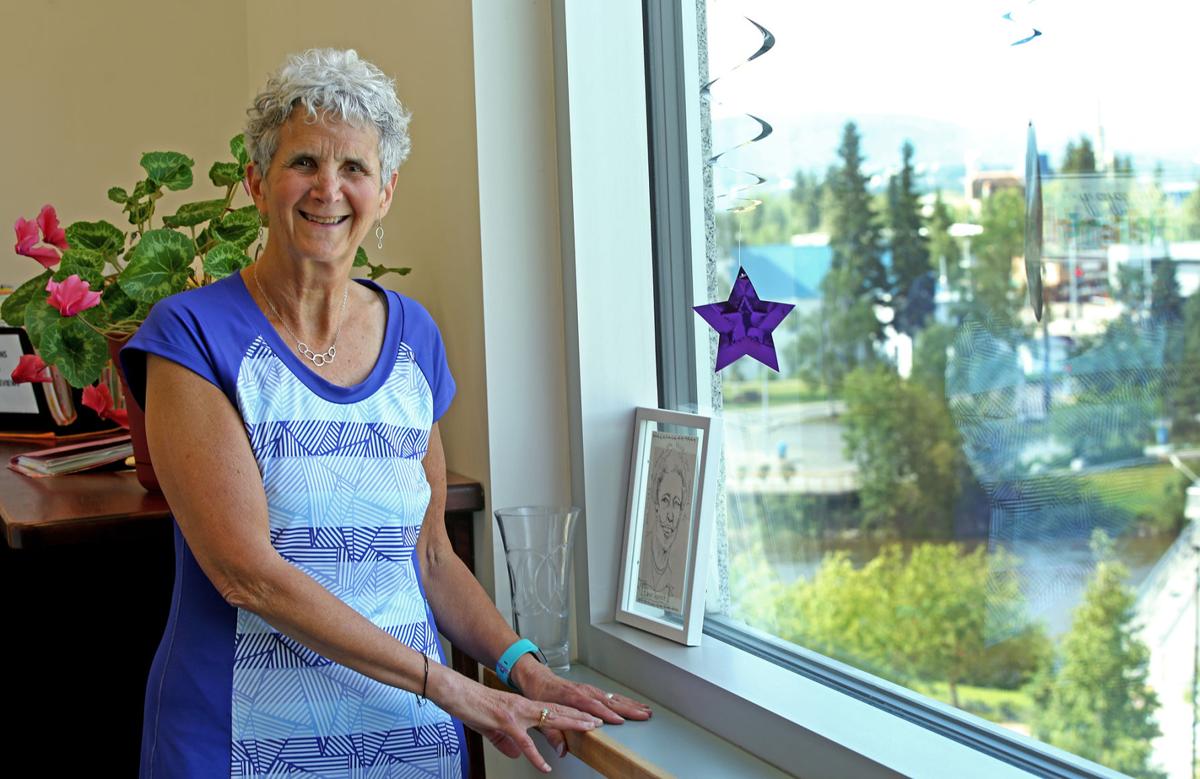 Superior Court Judge Jane Kauvar poses in her office at the Rabinowitz Courthouse Tuesday afternoon, July 3, 2018. Kauvar, who is "aging out" and retiring when she turns 70 years old later this month, is the Spotlight for the week. 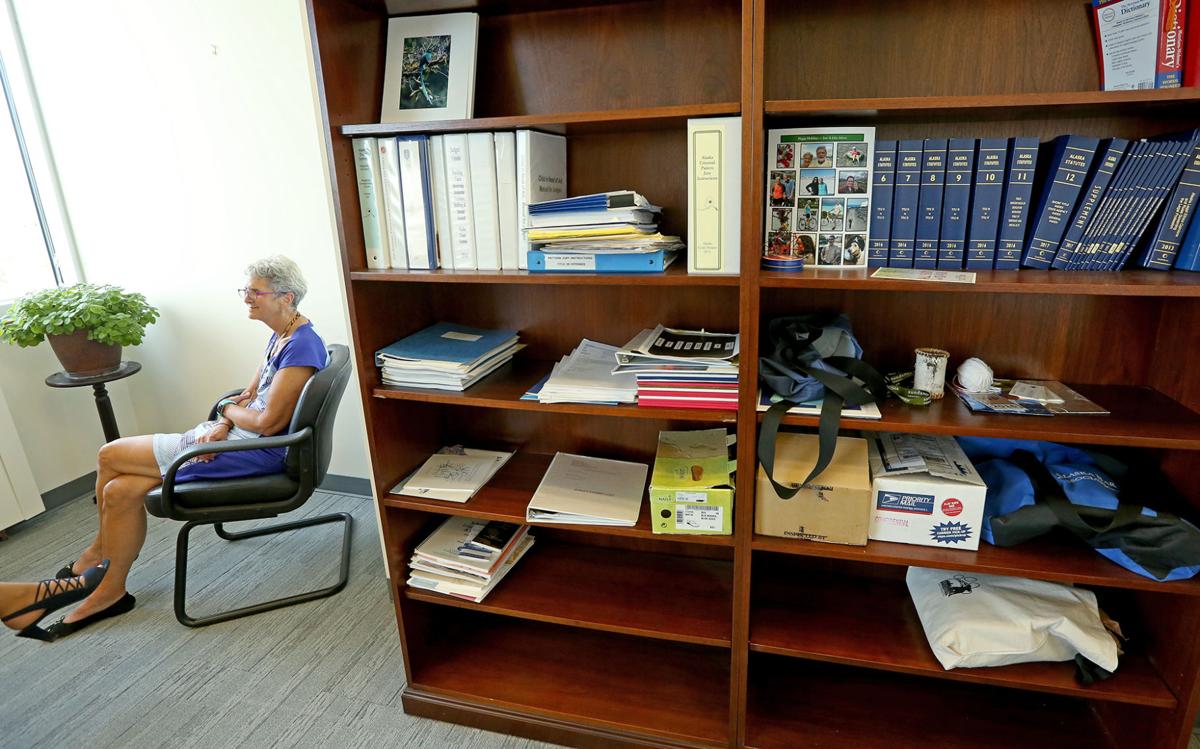 Superior Court Judge Jane Kauvar poses in her office at the Rabinowitz Courthouse Tuesday afternoon, July 3, 2018. Kauvar, who is "aging out" and retiring when she turns 70 years old later this month, is the Spotlight for the week.

FAIRBANKS — At 69 years of age, Fairbanks Superior Court Judge Jane Kauvar exudes an aura of good health and energy that many people half her age would envy. For 37 years, she’s put that energy and keen intellect to good work as a judge in the Fairbanks court system, and after just a few minutes in her company, one can tell she could easily do the job for another decade or so. The state constitution, however, requires all judges to retire by the age of 70. Ready or not, Kauvar will end her long career of judicial service July 20, one day before her 70th birthday.

Carving a half hour out of her still-busy schedule, Kauvar reflected on the challenges and joys of her career Thursday afternoon at her office in the Rabinowitz Courthouse in downtown Fairbanks.

Born and raised in Denver, Kauvar attended Scripps College for two years before graduating Phi Betta Kappa from the University of Colorado in 1970. Kauvar knew she didn’t want to become a doctor or a scientist like many of her family members, but law wasn’t even on her radar until a friend talked her into taking the Law School Admission Test with her. She passed it with flying colors, and decided she “might as well” apply to law school. She graduated from Boalt Hall Law School at the University of California Berkley in 1973.

“The Alaska Supreme Court then, and to this day, will go there to interview for clerks,” Kauvar said, explaining how she ended up in Alaska. “I interviewed with a justice from Juneau, Robert Boochever, but I got a phone call from Chief Justice Jay Rabinowitz in Fairbanks. I had looked up Juneau and knew a lot about it, but not so much about Fairbanks.”

Kauvar met and fell in love with fellow attorney John Athens not long after arriving in Fairbanks, and Rabinowitz performed their marriage ceremony on the deck of his house in 1974. After a year clerking for Rabinowitz, Kauvar spent a year at the borough attorney’s office before becoming an assistant district attorney in 1975. She moved to the public defender’s agency in 1976, and spent four years there before Gov. Jay Hammond appointed her to the Fairbanks District Court in 1981. With one daughter and another on the way, Kauvar was surprised she got the job.

While becoming a judge meant a less hectic schedule and more time with her family, it also carried a heavy sense of responsibility.

Kauvar tells a story about a woman who asked to be let out of prison so she could see a doctor. The woman didn’t have a good history of showing up for her court appearances, but Kauvar decided to take a chance on her anyway.

“I said, ‘Really, you’re just going to have to promise me that you’ll come back if I let you out. That’s all I can ask.’ And she said, ‘I promise you I’ll come back.’ And I said, ‘You’ve probably promised that to other judges.’ And she said, ‘Nobody’s ever really asked me that before.’ So, I said, ‘OK, you promised,’ and I released her.”

Kauvar was pleased to see her trust rewarded.

“She did come back, and she was actually quite proud of herself,” Kauvar said, laughing. “I hope that she keeps in her that idea that she was treated fairly, and she did the right thing and she was rewarded.”

“I think that’s the one thing that’s a little harder about superior court is just how much of man’s inhumanity to man you’re seeing on a daily basis,” Kauvar said. “District court has a lot more basically law-abiding people. They disagree that they didn’t stop at the stop light, or that they had a DUI, but they’re able to learn from it and go on. Superior court does have a lot more people who are hurting other people.”

Kauvar said the cases that weigh the most heavily on her are those involving children who live in abusive and violent homes.

“In the middle of the night, one parent goes to jail, one parent goes to the hospital. The mother got tired and finally stabbed the father. Eventually, the ambulance comes and the trooper comes and the social worker comes, and I think, ‘What’s the next morning like for these kids? How are they supposed to go to school and learn anything?’ I think that’s the realization, that some kids really are suffering,” Kauvar said. “Despite reports that too many kids are going into state custody, many of them are not going in soon enough.”

When it comes to adults, Kauvar said a positive attitude from a judge can make a big difference in the life of someone who “isn’t having their best day.”

“I still tell everybody, ‘This is as good of a day as any. You could stop drinking today, and you could go on and still have 30, 40 years. Just think about it. I mean, maybe this looks like a bad day right now, but what if it could be the day you decided to change?’”

Kauvar said she has struggled with the fact that sometimes people who appear to have a lot going for them can still commit horrible crimes.

“Hope springs eternal, but with some of them you just have to accept that you can’t change them. Some day, if they decide to change, maybe they will,” Kauvar said.

One chapter ends, another begins

Though some people say she’s the longest serving judge in Alaska history, Kauvar said she believes it’s a toss-up whether that honor goes to her or her former boss.

“Since we all have to stop at 70, you have to start young, and Jay Rabinowitz started very young. But I started slightly younger, by maybe a month and a half or two months. So if I stay until I’m 70, then I will slightly pass him. But of course, he didn’t take sabbaticals or maternity leave. I just think I’m sort of up there with him,” Kauvar said.

Kauvar is philosophical about her retirement.

“It’s been a great job. I’ve worked with wonderful, wonderful people, and I don’t know if I’d ever have been able to pick the day to retire if the constitution hadn’t done it for me,” Kauvar said. “I don’t disagree with it, though I think many of us at 70 could keep going. But, on the other hand, I think it’s good to have younger people come in and get to be judges, too.”

Though Kauvar plans to do a bit of traveling and spend some of the coldest winter months in warmer climates, she will continue to live in Fairbanks after retirement. Even though she won’t be a judge, Kauvar hopes to continue work in areas she has always enjoyed, such as conflict resolution and mediation.

“I will still keep doing something in the law; I’m just not sure what.”