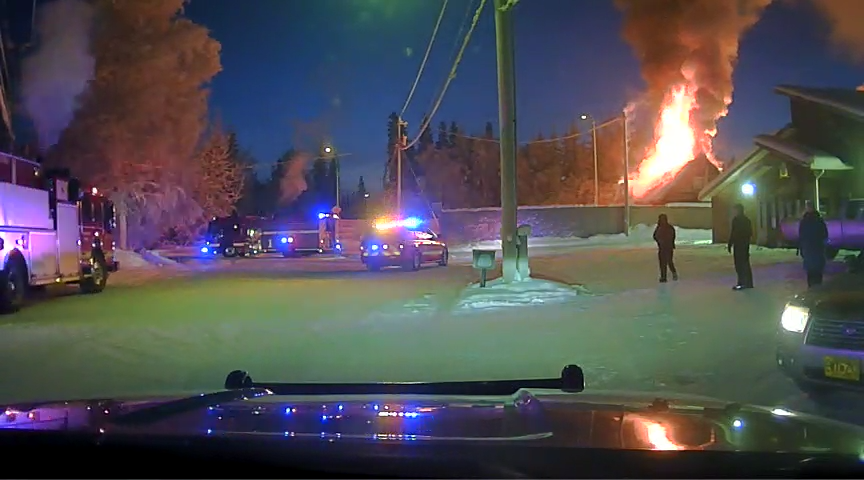 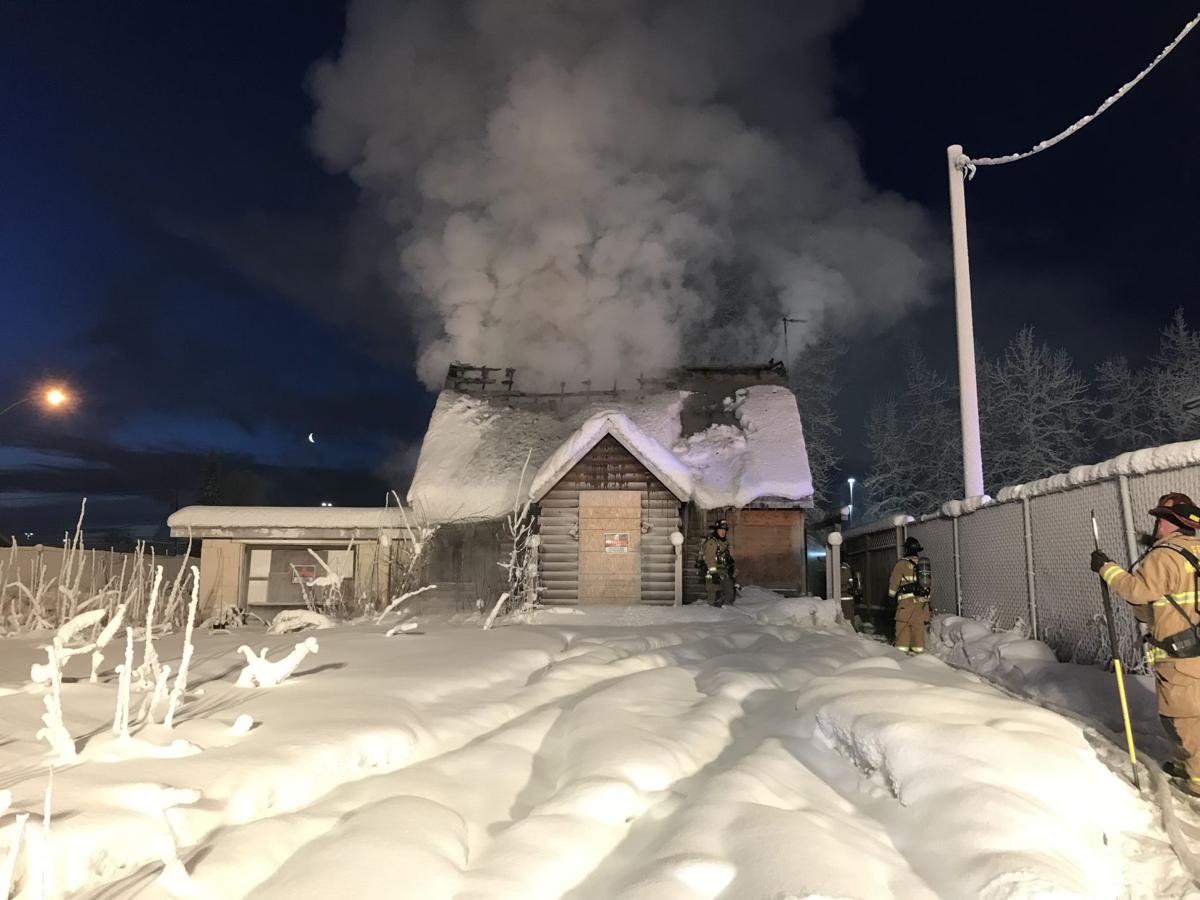 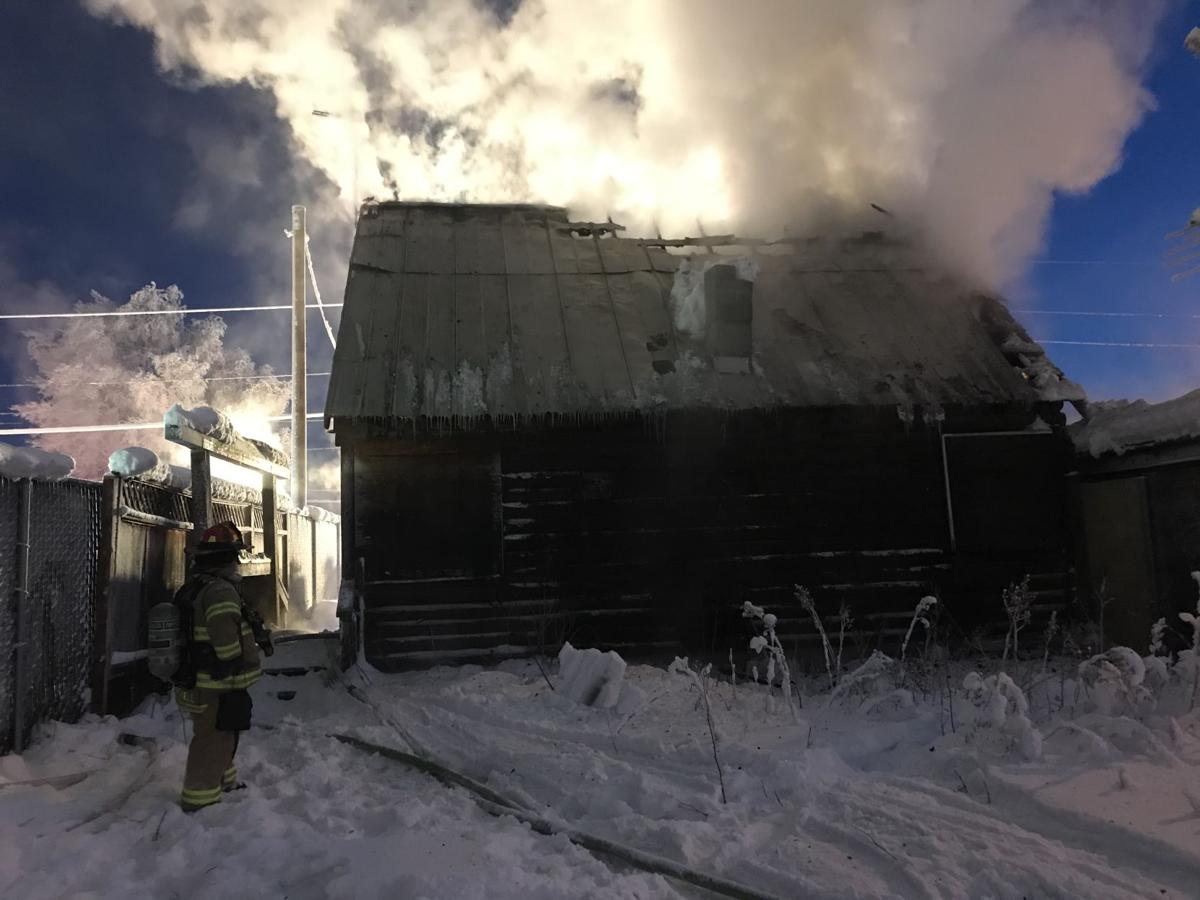 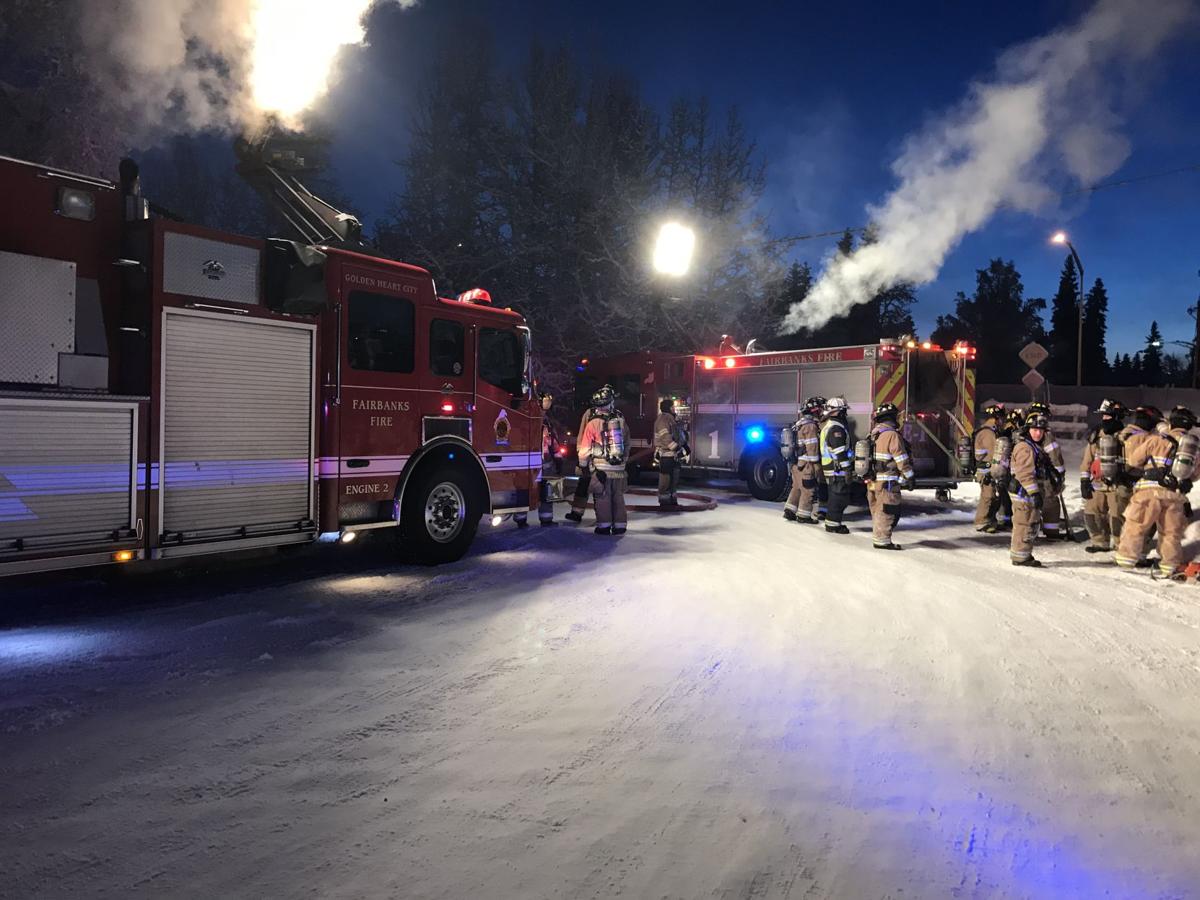 At approximately 8:40 a.m., the Fairbanks Emergency Communication Center received several calls from citizens reporting a house on fire at 33 Timberland Drive. Fire crews arrived within five minutes and found an abandoned two-story structure with fire visible through the roof.

The Fairbanks Fire Department was notified by law enforcement that the structure is known to be frequently used by transients. Nobody was found in the structure and no injuries were reported.

An investigation into the fire is being conducted. Anyone with information is asked to contact Deputy Fire Marshal Moira O’Bryant at 907-450-6614 or by email to mobryant@fairbanks.us.