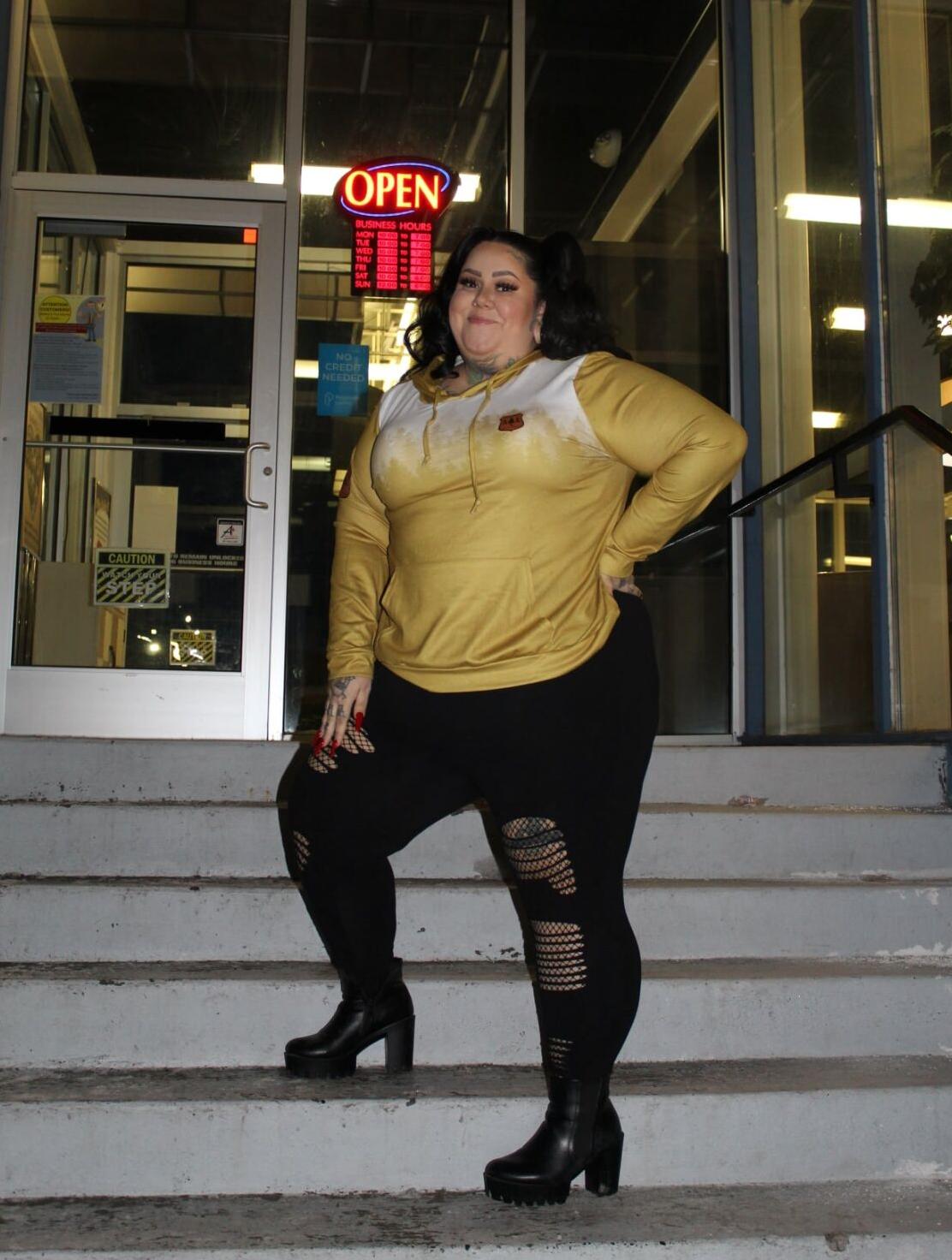 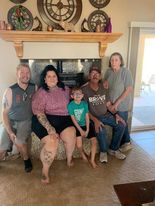 Fairbanks rapper Ray Lin Howard, also known as Fat Trophy Wife, went viral after posting about her experience on an Alaska Airlines jet on Friday, Sept. 3, 2021. Flight attendants told Howard her outfit was inappropriate, but Howard said she was in compliance with policy. Howard is seen here with her family.

Fairbanks rapper Ray Lin Howard, also known as Fat Trophy Wife, went viral after posting about her experience on an Alaska Airlines jet on Friday, Sept. 3, 2021. Flight attendants told Howard her outfit was inappropriate, but Howard said she was in compliance with policy. Howard is seen here with her family.

A Fairbanks hairstylist and rapper who performs under the name Fat Trophy Wife said she was “humiliated” on an Alaska Airlines flight after being harassed by flight attendants about her outfit. Ray Lin Howard was escorted by police off the plane after landing in Fairbanks on Friday due to a mid-flight incident involving her midriff-revealing outfit.

“I wore an outfit, that’s what happened,” Howard said in a TikTok video about the situation, which has received more than 2 million views as of Tuesday.

Howard posted about the incident — including her conversation with Fairbanks police — to her more than 26,000 followers on TikTok and 6,000 Instagram followers. Her experience has gone viral and has been picked up by news sites across the country and world. In addition to her rapping and online presence, Howard, who has lived in Fairbanks for about seven years, runs Ride or Dye Salon.

In an interview with the News-Miner, Howard explained that she was flying back to Fairbanks from California with her husband and 6-year-old son. She was wearing a crop top that revealed her midsection — an outfit that she has worn on planes before and never had any issues with, she said. The problems began when, mid-flight from Seattle to Fairbanks, Howard removed her top and stripped down to a sports bra.

A flight attendant told her that she needed to put her shirt back on, and Howard said she “complied immediately” with the request. However, minutes later, she was approached by another flight attendant, who told her her original outfit was also not in compliance with policy because it revealed her stomach. In her video, she said she was told “ ... that I can’t wear this, my stomach is showing and it’s inappropriate.”

She was frustrated that she continued to be approached by flight attendants, she said.

“If you’re going to kick me off, then kick me off. I’ve done what you told me to do. I want you to leave me alone,” she recalled saying in her video. Howard said she asked to see the airline’s policy mid-flight, but flight attendants refused. Afterward, Howard looked up the dress code and said she did not see anything that prevented bare midriffs.

Upon landing, Howard was led off the plane by police, who had been told “that I wouldn’t keep my clothes on,” she said.

“It was really humiliating,” she added.

Howard is not the only woman who has run into issues with her outfit on planes. She said she has heard “mixed reviews” about people’s experiences with crop tops. Some women were asked to cover up, while others were able to get away with it. In August, a woman went viral on TikTok stating that she was “slut shamed” by Alaska Airlines after she was told to put a sweatshirt over her crop top.

However, Howard, who is plus-sized, believes that her weight played a role in the incident.

“It was about how I looked,” she said, and not only her weight, but also her tattoos.

“I made them uncomfortable and they tried to do something about it,” she said. This is, unfortunately, a feeling that Howard is too familiar with. “I’ve been discriminated against most of my life,” she added.

Howard admitted that she may have been out of compliance when she was wearing only her sports bra, but the bigger point, she said, is that her original outfit did not violate any policies. The section of the Alaska Airlines website that outlined the dress code appeared to have been removed on Tuesday.

Alaska Airlines did not respond to direct questions, but instead sent a generic response. “We’re in contact with the guest. We’re committed to finding out what happened and taking the appropriate actions,” the statement read.

Howard said that Alaska Airlines is looking into the situation, but the investigation is currently at a standstill. The airline did not offer any rationale about what took place. “I think they know they messed up,” she said.

Howard said she “absolutely” would consider taking legal action against the airline, adding that companies need to face consequences for their actions.

According to Howard, the takeaway from the incident is that, “There’s always a classy way to go about standing up for yourself,” she said. “I didn’t need to raise my voice or be rude.”