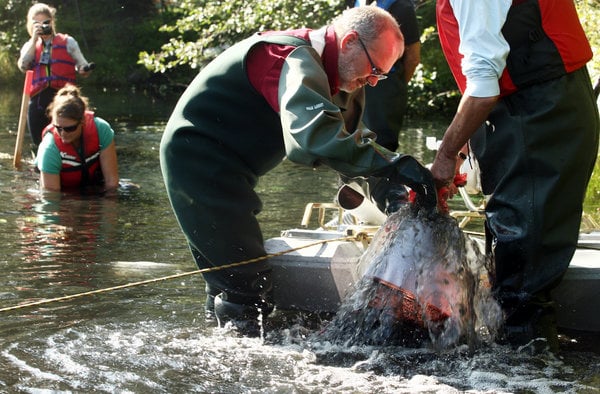 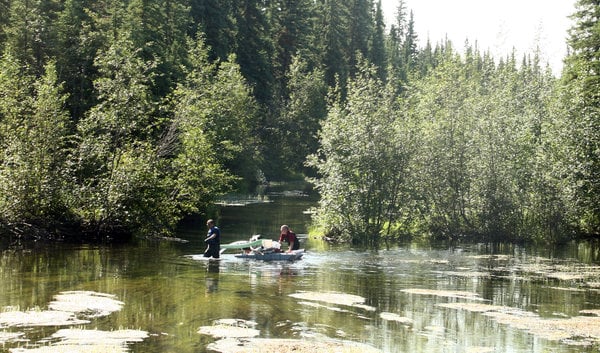 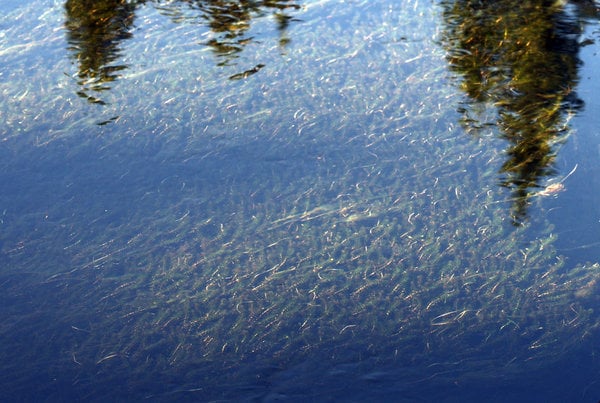 FAIRBANKS — The suction dredgers wading around in Chena Slough on Thursday morning weren’t seeking gold. They had a much less desirable target — an invasive aquatic weed.

A group organized by the Fairbanks Soil and Water Conservation District used the dredge to suck up thick mats of weeds that are clogging the slough along Badger Road.

The weed species, in the genus Elodea, is a popular aquarium plant. Turned loose, it grows rapidly in slow-moving water, damaging fish habitat and crowding out native vegetation.

District employees believe the weed arrived in Chena Slough when someone dumped an aquarium sometime in the past 10 years. Reproducing through fragmentation, it has infested a 10-mile stretch of the slough. In some places, it nearly fills the waterway. Local biologists with the U.S. Forest Service first confirmed the plant’s presence in 2010.

The district modeled its effort after a larger removal project on the Chehalis River in Thurston County, Wash. There, suction dredges have removed more than 300,000 pounds of Elodea from a 35-mile stretch of the river during the past six years.

On the Chena Slough, Fairbanks district employees hope to figure out what equipment is needed for large-scale removal and how to dispose of the weeds.

They also want to involve property owners and a variety of other local, state and federal agencies.

The Fairbanks Soil and Water Conservation District is a locally governed organization that works in partnership with staff employed by the U.S. Department of Agriculture’s Natural Resource Conservation Service. They administer a variety of agricultural conservation programs and provide technical assistance to address soil and water conservation problems.