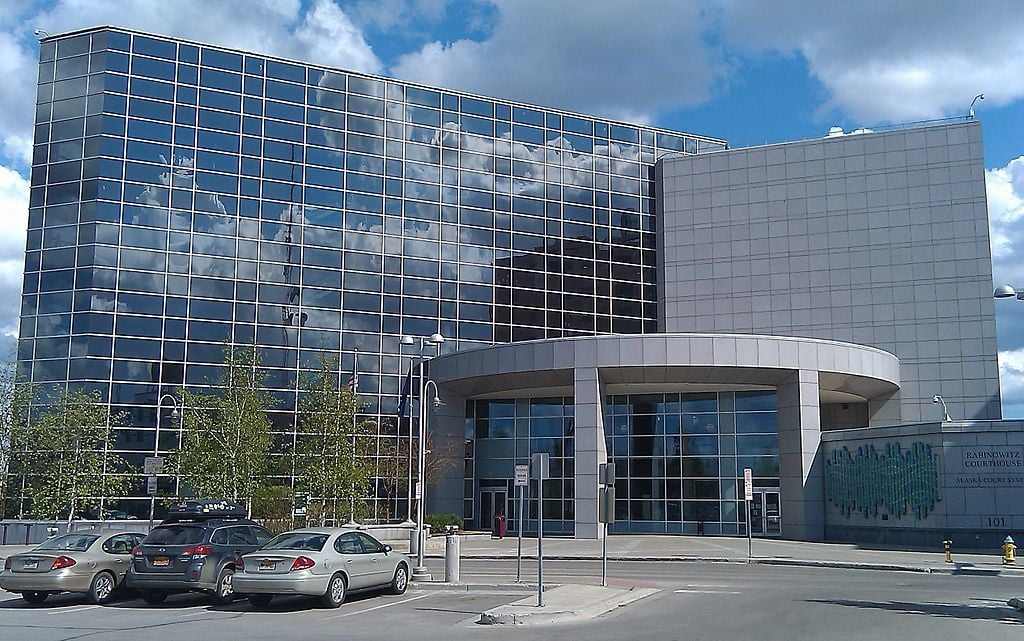 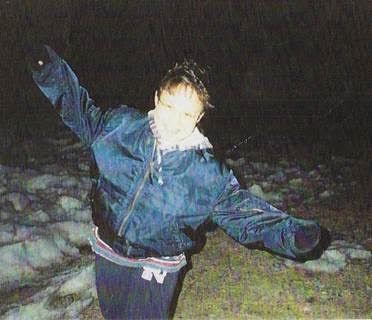 Sophie Sergie, 20, was killed in a residence hall on the University of Alaska Fairbanks in April 1993. 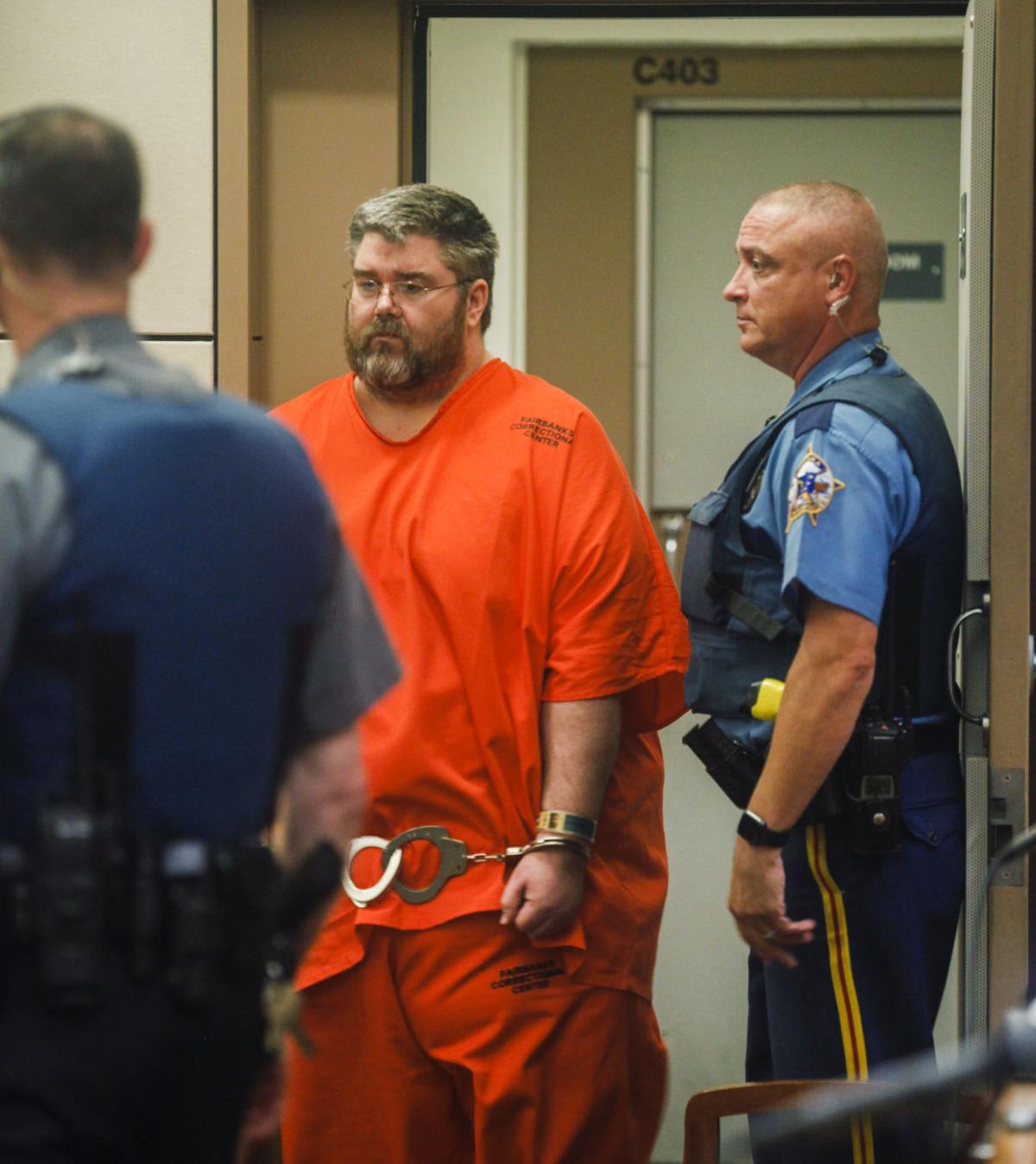 Steven Harris Downs is flanked by Troopers as he enters a Fairbanks courtroom Wednesday afternoon for arraignment. Downs, a 44-year-old from Auburn, Maine, is accused of raping and killing 20-year-old Sophie Sergie in a University of Alaska Fairbanks dormitory in 1993. Harris was extradited from Maine after a lengthy process and pleaded not guilty at an arraignment in Anchorage on August 6. August 14, 2019.

Sophie Sergie, 20, was killed in a residence hall on the University of Alaska Fairbanks in April 1993.

Steven Harris Downs is flanked by Troopers as he enters a Fairbanks courtroom Wednesday afternoon for arraignment. Downs, a 44-year-old from Auburn, Maine, is accused of raping and killing 20-year-old Sophie Sergie in a University of Alaska Fairbanks dormitory in 1993. Harris was extradited from Maine after a lengthy process and pleaded not guilty at an arraignment in Anchorage on August 6. August 14, 2019.

The bullet that killed Sophie Sergie in 1993 could have been fired by a pistol owned by Steven Downs — and possibly a million other guns — according to testimony heard Tuesday.

Two firearms experts testified via videoconference in the rape and murder trial against Downs, 46, who had been a student at the University of Alaska Fairbanks at the time of the brutal crime.

On Tuesday, Fairbanks Superior Court Judge Thomas Temple heard testimony from witnesses presented by prosecutors and the defense who reached the same conclusion, that the .22-caliber bullet removed from 20-year-old Sergie, of Pitkas Point, was so misshapen and damaged that it was unsuitable for making an accurate comparison to any bullet fired by a specific gun.

"It's both collapsed from nose to base, as well as damage from going through the prism of the skull, and possibly tumbling and hitting other things," said Debra Gillis, an Alaska State Crime Lab firearm examiner and tool mark expert.

Downs is charged with sexual assault and murder in the April 25, 1993, slaying of Sergie. He was arrested in Auburn, Maine, in February 2019. His DNA was matched in 2018 to evidence found at the crime scene through a random hit after Downs' aunt submitted her DNA to a genealogy website.

Sergie had last been seen late that evening when she left a friend's dorm room to smoke a cigarette, police said. Custodial staff found her body in a woman's bathroom the next afternoon.

Investigators said Sergie had been shot in the back of the head with a .22-caliber pistol, stabbed in the cheek and eye, struck with a blunt instrument, gagged with a ligature and shocked with a stun gun. The medical examiner concluded the cause of Sergie's death was the bullet fired into the back of her head. Downs has denied the charges.

She ruled out a rifle as being the possible murder weapon. She said she couldn't eliminate a Ruger and an H&R pistol owned by Downs as the gun that fired the lethal bullet, but said the Ruger was less likely.

Asked by Assistant Attorney General Chris Darnall whether the H&R pistol could have fired the bullet, Gillis said, "Yes, the individual characteristics and class characteristics that I see all correspond." But, she added, "it's not enough for an identification" due to the extensive damage sustained by the bullet.

Asked by defense attorney James Howaniec whether the bullet could have fired by any one of thousands of other guns, Gillis said it could have.

Judge Temple asked her whether the number of guns that might produce similar characteristics on a bullet could number in the millions. Gillis said she wouldn't disagree.

He produced a list of more than 1,000 gun manufacturers and models that fired bullets with characteristics similar to those described in Gillis' report as the bullet that killed Sergie.

Millions of just one of those makes and models of guns have been manufactured, Dupre said, showing the scope of different guns that could have fired the fatal bullet.

Asked by Howaniec whether the gun purchased by Downs in 2015 by a man in Turner was the murder weapon, Alaska cold-case investigator Randy McPherron said: "I rely on what the lab results say, and it might be the gun, it might not be the gun, there's no information where this gun was in 1993 or who possessed this gun in 1993, when the murder occurred."

McPherron said Downs' school roommate in 1993, Nicholas Dazer, told police that Downs possessed an H&R .22-caliber revolver and during a 2019 interview said that Downs had brought the gun with him when he arrived at school.

Dazer described the gun as having a 6-inch barrel and that it fired seven or eight bullets. He said Downs left it in a dresser drawer in the dorm room that he shared with Dazer.

But McPherron said police never asked Dazer to identify it as the same gun they seized from Downs' home in 2019.

On Monday, Sherman Varney of Turner said that in 2015 he sold a gun fitting the description of the H& R revolver that was taken from Downs' home in 2019.

Downs had told police he'd bought the gun in Turner from Varney and gave them the name of the road of Varney's home; Downs' phone records showed calls made to Varney's phone at that time.

Varney said he'd bought the gun from a dealer in Livermore Falls.

After seizing the gun from Downs, police contacted the U.S. Bureau of Alcohol, Tobacco, Firearms and Explosives, who traced the gun's serial number to a Western Auto Associates store in Livermore Falls in 1981 that later went out of business.

A woman Downs dated in the fall of 1992 while a student at the university told police she had a photo of him holding a knife.

Police searched Downs' home again and found a similar looking knife, McPherron said Tuesday. The knife was sent to the crime lab, which found traces of blood on it, but no DNA matches were made, McPherron said.

Judge Temple listened to arguments for and against the defense motion seeking to prevent the jury from hearing any evidence about Downs' guns and knife.

Temple ruled that the guns and knife information would be admissible at trial, although the defense could argue whether it was relevant or not.

The defense had challenged the legality of the search warrant used to seize Downs' guns and knife. If Temple were to rule that the warrant wasn't proper, he could exclude the gun and knife from being allowed as evidence at trial.

The trial is scheduled for January 2022.