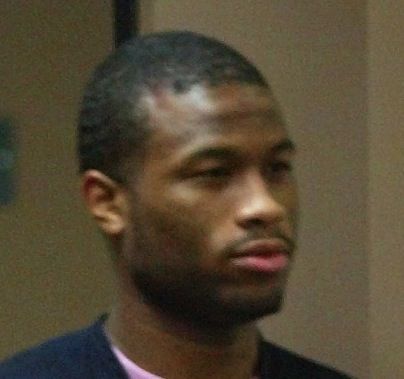 Jason Wallace in a November 2004 court appearance on a murder charge unrelated to the John Hartman murder case. 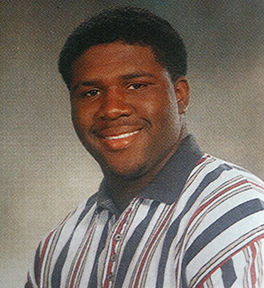 Jason Wallace in a November 2004 court appearance on a murder charge unrelated to the John Hartman murder case.

FAIRBANKS—A sealed court document obtained by the Daily News-Miner corroborates some details of an alternate account of the 1997 John Hartman murder but also clashes with key aspects of the 2012 statement that is being presented as a confession by one of the teen’s true killers.

Since their convictions in the late 1990s, the four men convicted of murdering 15-year-old Hartman have maintained their innocence and tried to win exoneration. Three of these men — Eugene Vent, Kevin Pease and George Frese — remain in jail. The fourth, Marvin Roberts, was paroled this year.

Nearly two years ago, the Alaska Innocence Project, which had taken up the case of the men who have come to be known as the Fairbanks Four, filed court papers claiming the men are innocent and that Hartman was killed nearly 18 years ago by a group of five other teenagers in a maroon Ford Tempo driven by William Z. Holmes, a man later convicted of two other killings.

Advocates for the four men backed their claims with three documents — a handwritten statement from Holmes and two indirect accounts about another convicted killer, Jason Wallace, whom Holmes says stomped Hartman to death.

One of the indirect accounts, containing statements reportedly made by Wallace, has remained under a court seal. It is awaiting a court determination on whether a statement Wallace made to a Public Defender Agency employee can be used as evidence.

The News-Miner obtained a sealed court document that contains a summary of Wallace's purported confession after an individual with lawful access to the document inadvertently provided it to the newspaper.

Holmes and Wallace were Lathrop classmates who went into the cocaine-trafficking business. Holmes is serving a double life sentence and Wallace a 70-year sentence for murders committed in a failed 2002 takeover of a drug business. Wallace beat an Ester woman with a hammer while Holmes shot two men en route from Tacoma, Washington, to California, according to the cases against them.

Holmes told a California prison chaplain in December 2011 that he was involved in the Hartman murder. He repeated the assertion in a sworn statement in August 2012 for the Innocence Project.

Holmes wrote in his affidavit that he was driving around downtown Fairbanks on Oct. 10, 1997, with four others looking for an intoxicated Alaska Native to beat up, something he used to do for entertainment at the time. During their drive, they came across a "white boy" walking alone, he wrote. Holmes said Wallace and the three other young men in his car got out to beat up the boy.

Holmes said he remained in the car and that he couldn't see the beating because bushes blocked his view.

The group later realized from newspaper accounts that the boy they had beaten was John Hartman and that he had died from his injuries.

Superior Court Judge Paul Lyle described Wallace's narrative in a sealed November 2014 ruling related to the Alaska Innocence Project’s exoneration case. The ruling is under seal pending a court ruling on its status because it relates to a statement Wallace reportedly made to a Public Defender Agency employee, information that is supposed to remain confidential.

Wallace’s statement reportedly originated from a visit he had from Thomas Bole, then an investigator for the Public Defender Agency, which was representing Wallace in the unrelated 2002 murder case.

Wallace reportedly told Bole that he — not Holmes — was driving the car. And he says it was Holmes and another of the people named by Holmes who beat Hartman. Wallace says he remained in the car while Hartman was assaulted.

Wallace also reportedly mentions a total of three young men in the car, including himself, differing from the five mentioned by Holmes.

“Wallace told Bole that he thought the petitioners found and killed Hartman because Hartman had been sexually assaulted and he apparently did not think Holmes or [the other person] would have done that," Lyle wrote.

Lyle clearly mentions, in a footnote, that he is not passing judgment on what Wallace is alleged to have said: “The statements of Wallace summarized in this paragraph are not considered for the truth of the matters asserted.” His note says they are included because they are relevant to the question of whether Wallace was seeking advice from his attorney.

Wallace, in the judge’s summary, also references an incident that preceded the attack on Hartman, one not mentioned by Holmes.

The evening began, Wallace said, at a party attended by Holmes and another of the men alleged to later be involved in Hartman’s death. He says the three left and drove through downtown and assaulted — “knocked over” — an individual on First Avenue and stole money from him. The group then drove to the Foodland grocery store — now home to the Co-op Market Grocery & Deli — and, after a while, returned to their car and drove down Barnette Street, where they encountered Hartman, who was walking.

Lyle's summary of Wallace's purported statement doesn't mention what car they were in.

Holmes makes no mention of the First Avenue assault in his five-page affidavit. He says the group of five — not three — left a girl’s apartment to go downtown, with Holmes driving. Holmes said the other four men jumped out of the car and chased two Alaska Natives but returned to the Ford Tempo when the men ran into an alley. He said there were 10 other grown men in the alley. There is no mention of an assault.

The group, according to Holmes, then drove around downtown for about 20 minutes “without seeing anyone else to harass” and decided to return to the apartment where they had been earlier in the night. It was at that time that they encountered Hartman, he wrote.

The victim of the First Avenue assault mentioned by Wallace is not identified in Lyle’s ruling, but an assault in front of the Eagle’s Hall on First Avenue figured prominently in the case against Frese, Vent, Pease and Roberts. The four were convicted of that assault in the same trials that led to their murder convictions.

Wallace's alleged statement about the Hartman murder came to the Alaska Innocence Project by a circuitous process.

Bole, the Public Defender Agency investigator who had interviewed Wallace in 2003, later passed the information to another agency investigator, Richard Norgard, who had previously helped found the Alaska Innocence Project and who had been in contact with the organization about the Hartman case.

The parties dispute exactly when the information changed hands between Bole and Norgard, which matters because it determines who breached what is supposed to be a confidential relationship between a client and his attorney.

Lyle, in his November tentative ruling, found it was not necessary for him to determine who breached Wallace’s confidentiality; rather, he wrote that the issue to be decided was the legal remedy for Wallace and how to handle the desired use of the information by attorneys for Frese, Pease, Vent and Roberts.

The Alaska Innocence Project, which is leading the exoneration effort, is seeking judicial permission to use Wallace’s alleged statements as part of its case. Lyle and, later the Alaska Court of Appeals have each ruled that the attorney-client privilege was breached and that the Innocence Project can use the statements.

Wallace opposes the statement’s release and has taken the matter to the Alaska Supreme Court, which has yet to hear the case.