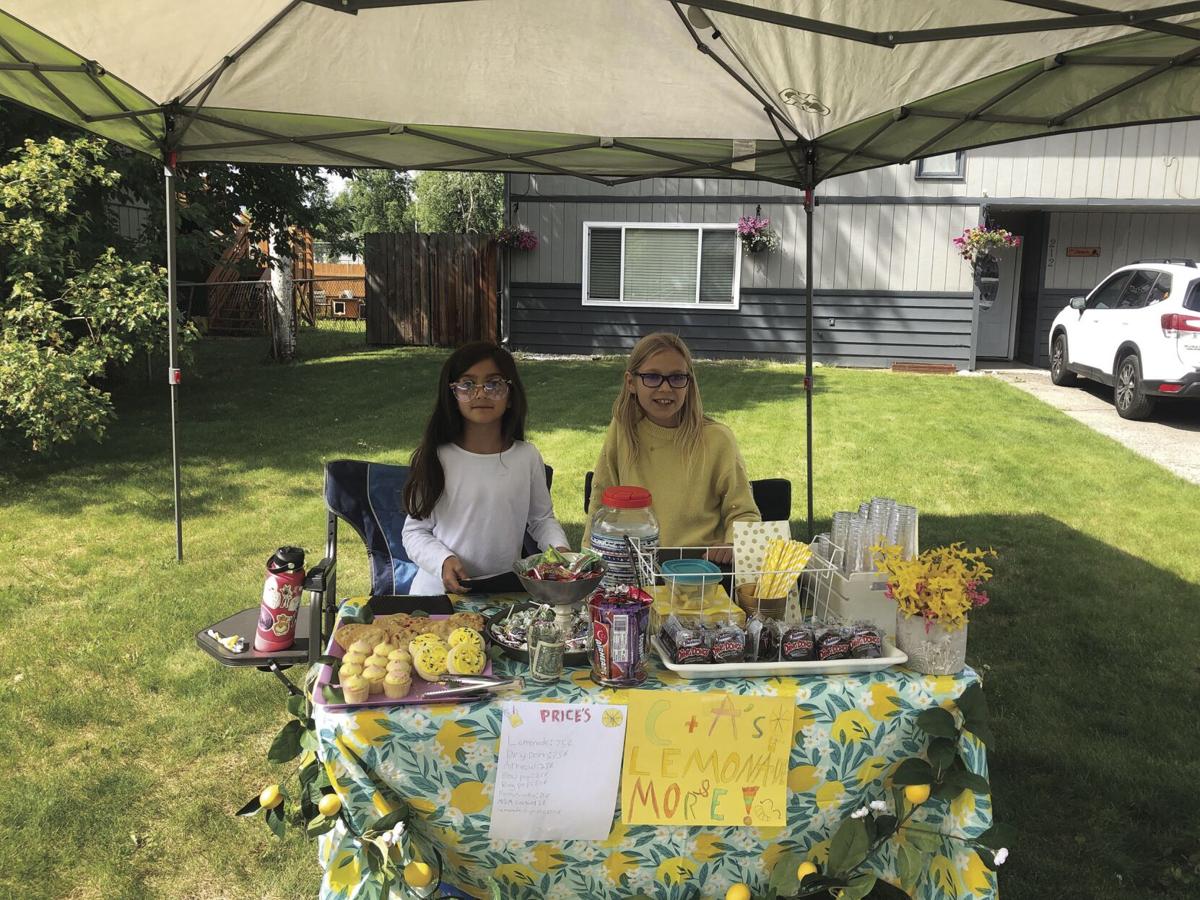 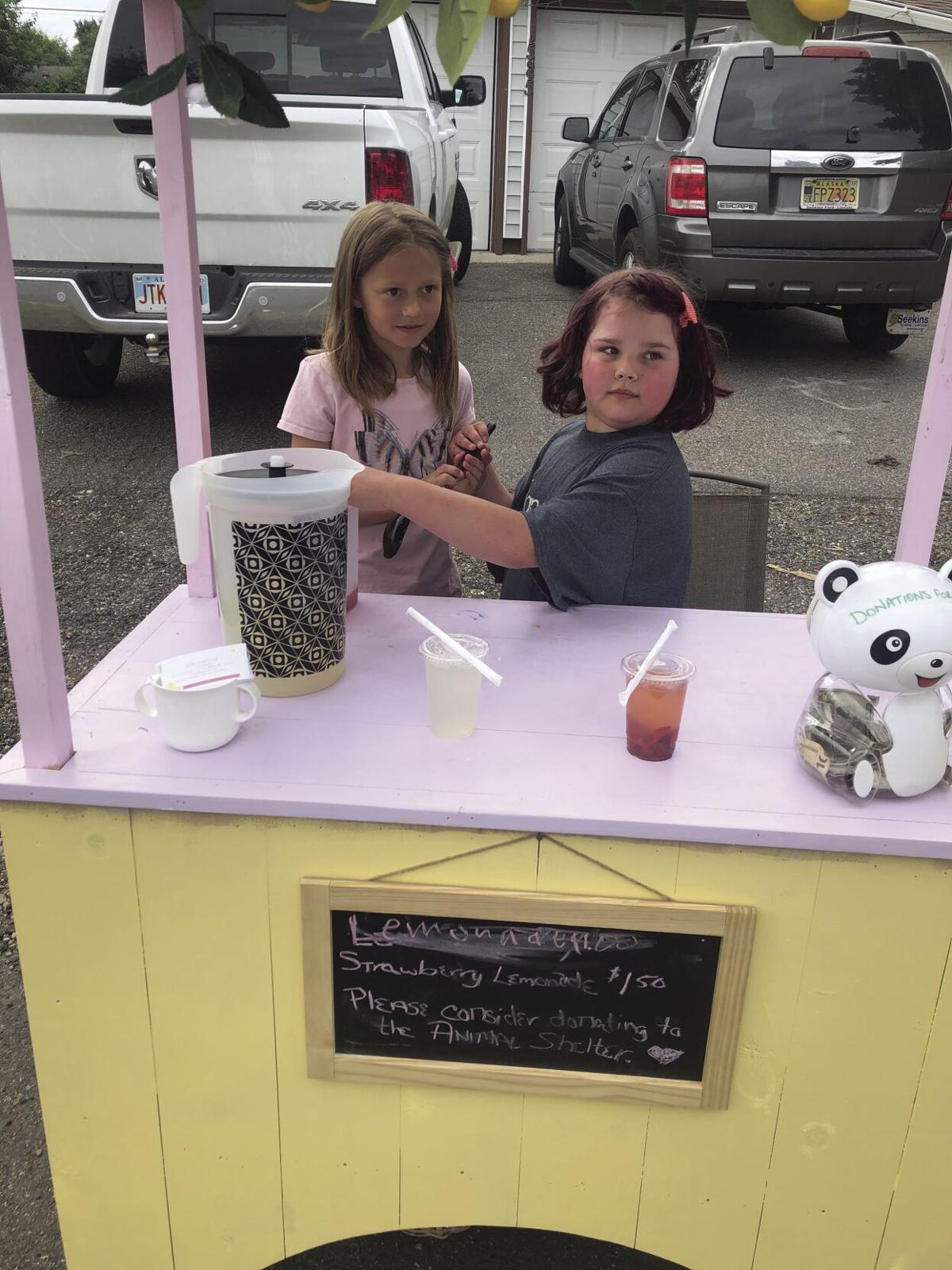 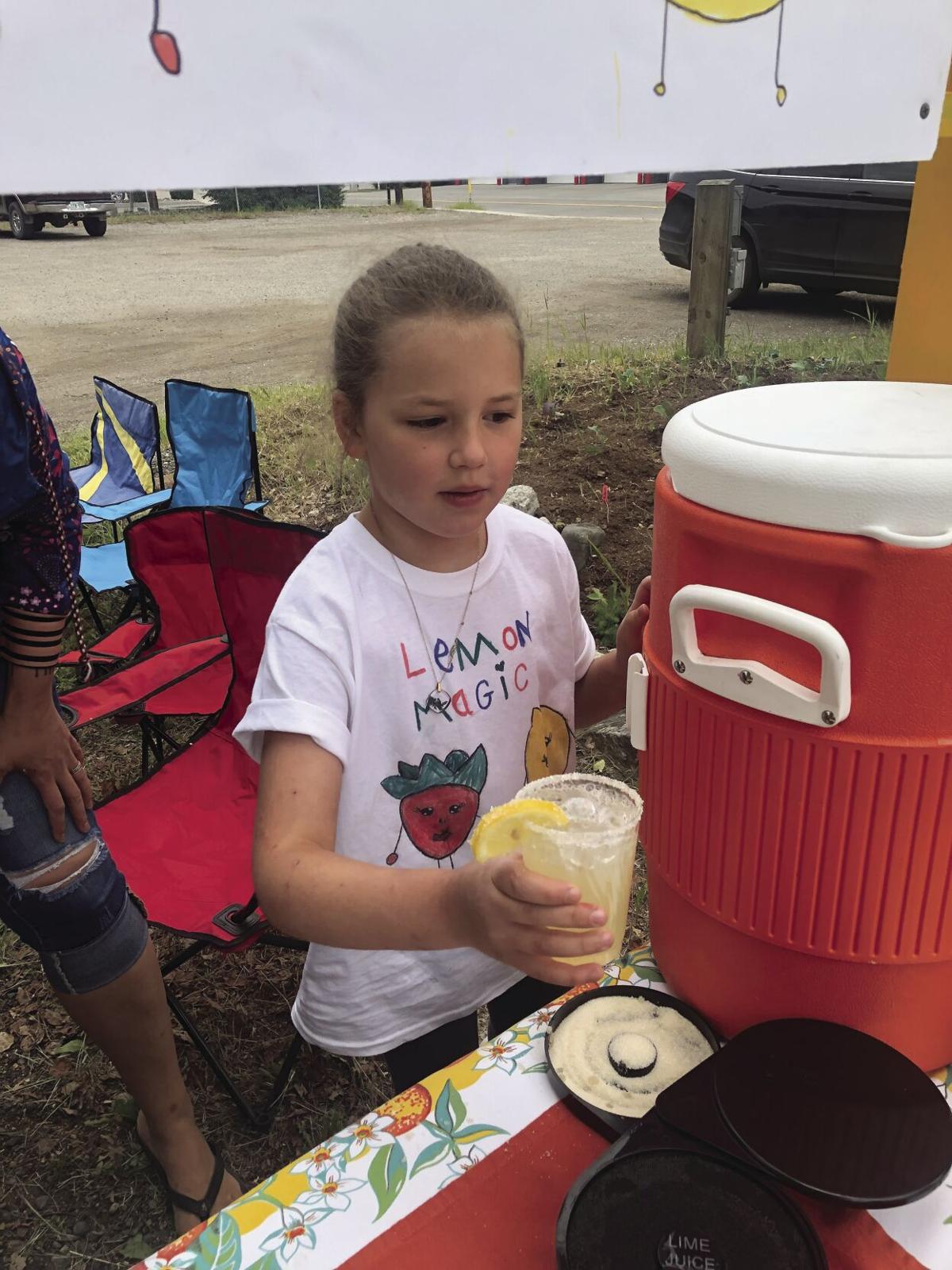 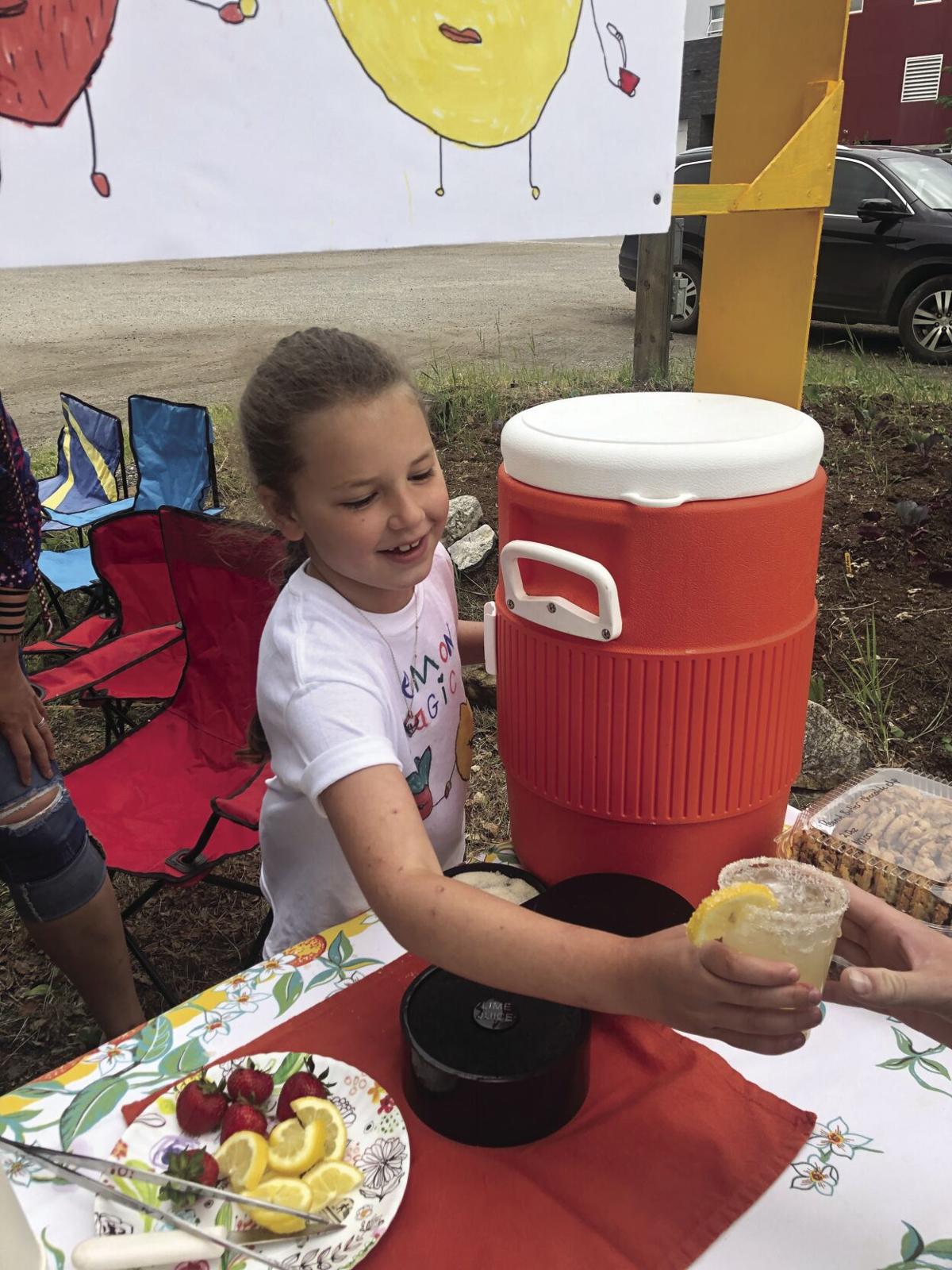 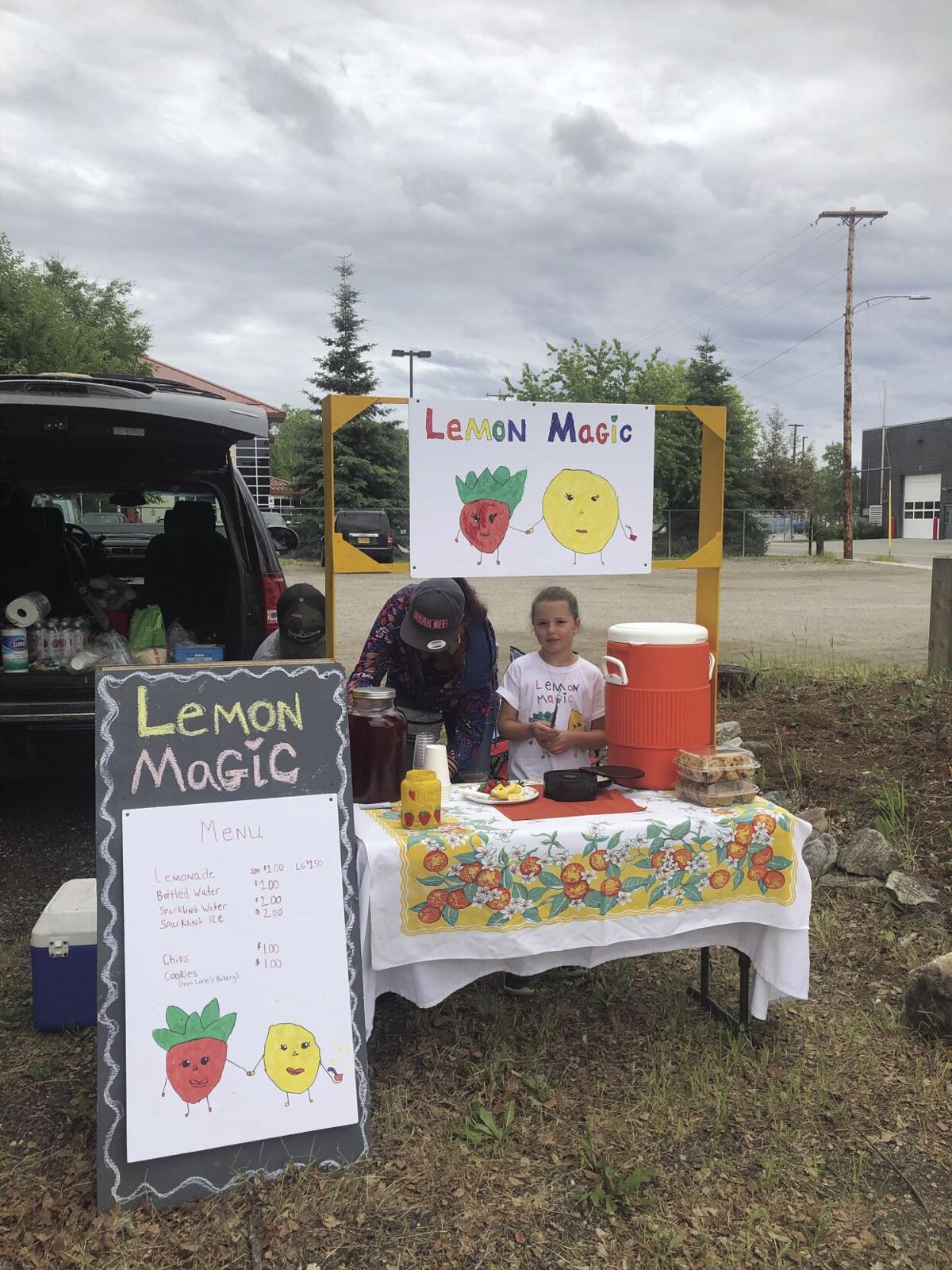 Penny Olesen, 7, at her lemonade stand, Lemon Magic, along Cushman Street on Saturday. 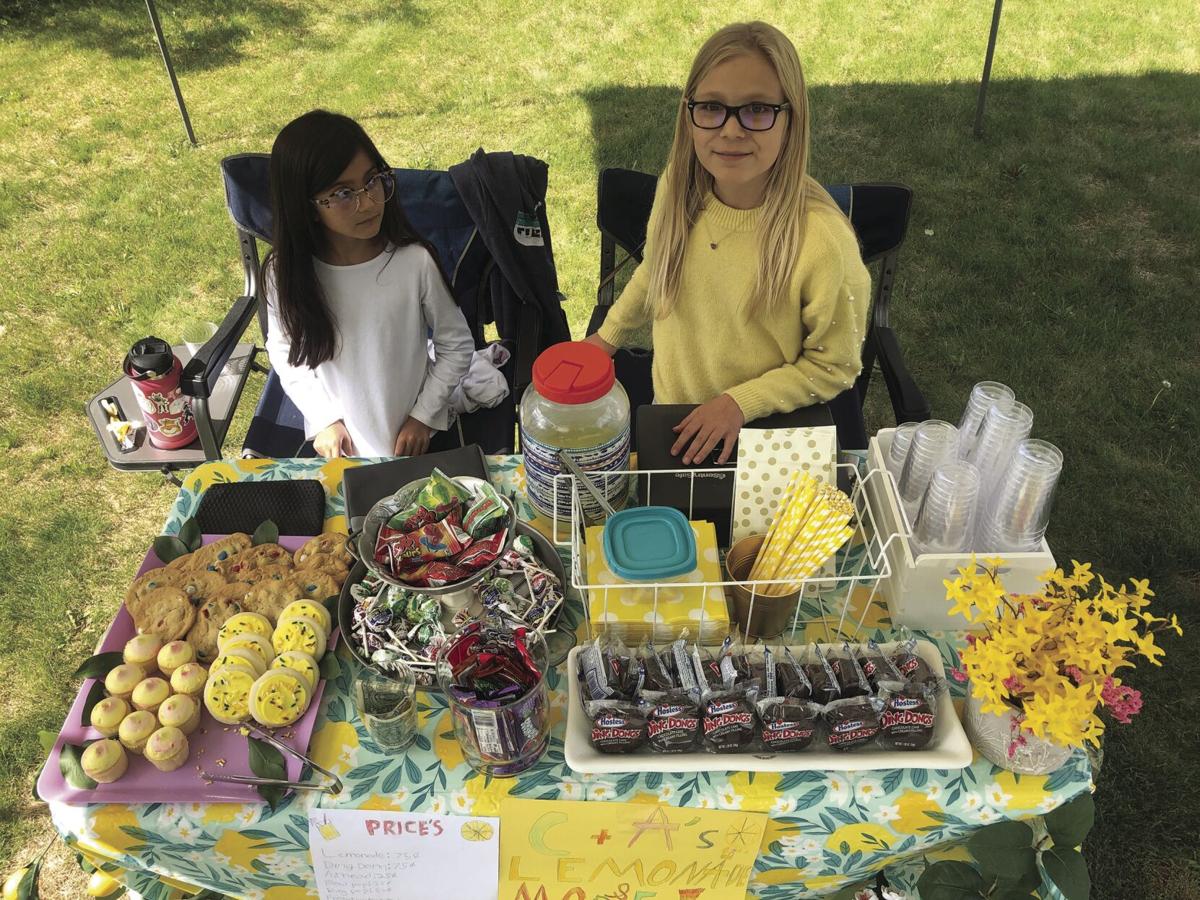 Alani Simmons, 11, sold lemonade and treats in the front yard of her home in the University West Subdivision on Saturday. Also shown is Molly Hull, 8.

Penny Olesen, 7, at her lemonade stand, Lemon Magic, along Cushman Street on Saturday.

Alani Simmons, 11, sold lemonade and treats in the front yard of her home in the University West Subdivision on Saturday. Also shown is Molly Hull, 8.

Allison Johnson, 9, had her first lemonade stand — well, it was more of a table — last year at her aunt’s house in Hamilton Acres during a neighborhood garage sale. She made about $100 a day.

So when Edstrom Construction erected 26 lemonade stands and offered them free to young entrepreneurs, Johnson nabbed one. Her father helped her paint it pink and yellow, and Johnson has been selling lemonade at the end of her driveway this summer.

On Saturday, which was Lemonade Day Alaska, Johnson — despite being a professional with business cards — was among at least a half dozen children of Fairbanks who spent the day hawking cold drinks, usually from the front of their house.

The annual event sponsored by the Alaska Small Business Development Center aims to give children a taste of what it’s like to operate a small business.

Johnson, who offers regular lemonade for $1 and strawberry lemonade for $1.50 — check out Allison’s Lemonade Stand’s Facebook page for hours — said her customer base typically includes baseball fans drawn to the field across from her house at Denali Elementary School and neighbors driving to nearby Pioneer Park.

Alani Simmons, 11, said she made about $75 by running a neighborhood lemonade stand last summer in the University West Subdivision.

Customers said they wished she had also offered treats. Simmons said she asked her father to take her to Walmart. She bought candy, cookies and cupcakes, and expanded her business, C + A’s Lemonade and More, which she operates with her friend, Camylle Hull.

“I really like waiting around for customers and playing little games in between,” Simmons said.

Penny Olesen, 7, said her grandfather helped her build a lemonade stand. She brainstormed the name, Lemon Magic, with her mom. They positioned the lemonade stand on a busy street outside of a friend’s clothing store.

Olesen said her brother will receive a portion of the tips for helping. She borrowed about $120 from her parents to buy supplies.

One lemonade stand on Cushman Street was donating proceeds to the Fairbanks Community Food Bank. Volunteers, age 14 and younger, made signs with poster board and markers and stood on a sidewalk advertising their endeavor.

“Raising money for people in poverty and who need food — it’s exciting to help,” said Joey Rush, 12, who was joined by Kate Rush, 10, Anastasia Pletnikoff, 14, Isabelle Pletnikoff, 11, and Addylyn Gore-Hall, 10.

In 2019, the last time there was a Lemonade Day Alaska, children hosted lemonade stands in about 70 communities, according to the Alaska Small Business Development Center. Average profits per stand were estimated at $155.