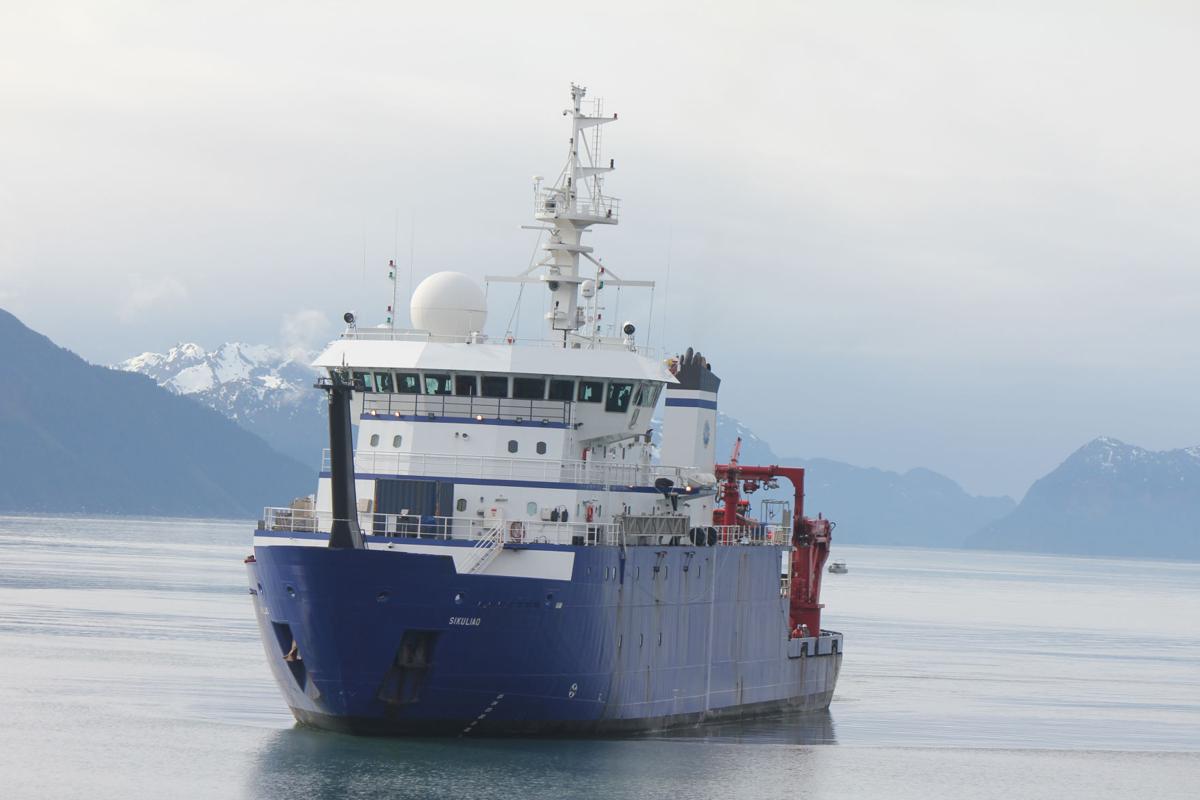 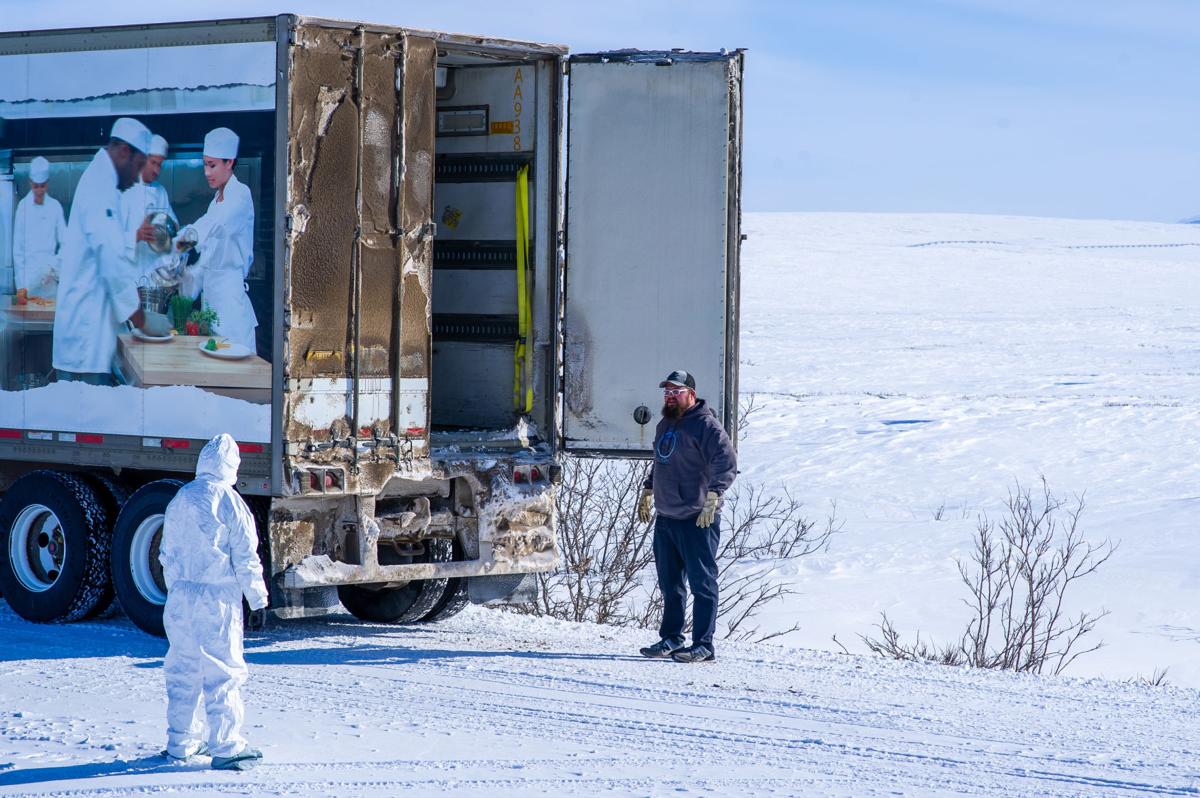 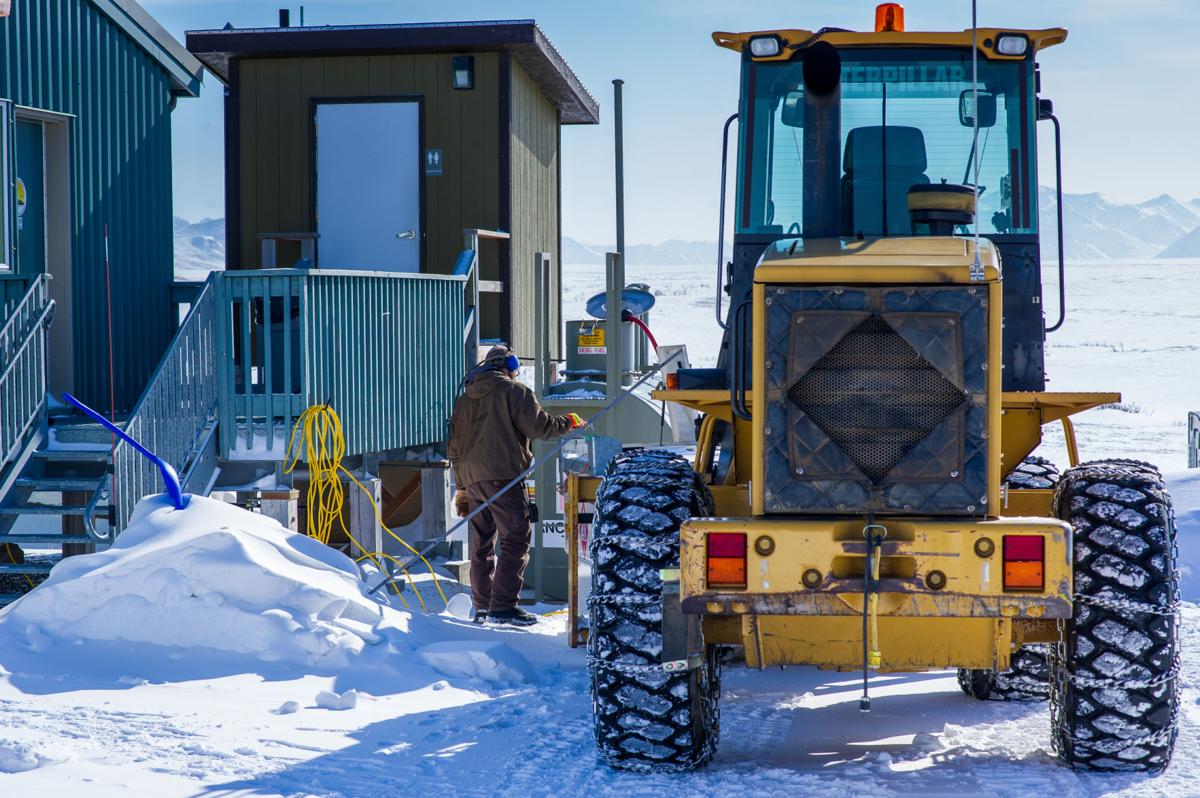 On land and at sea, researchers have come up against harsh obstacles as the COVID-19 pandemic has led to the stoppage of travel, personnel changes and sometimes whole projects.

Two striking examples of that exist with the University of Alaska Fairbanks.

The College of Fisheries and Ocean Sciences at UAF operates the Sikuliaq, an icebreaker and the only ice-capable vessel in the nation’s Academic Research Fleet.

The ship is owned by the National Science Foundation and is part of the University-National Oceanographic Laboratory System, or UNOLS, according to Bradley Moran, dean of the College of Fisheries and Ocean Sciences.

However, UNOLS issued a recommendation to stand down the entire Academic Research Fleet through July 1, according to Moran.

It’s a recommendation that the college followed.

“So Sikuliaq is currently tied up in her home port, Seward, for that reason,” he said.

Research vessels across the nation are in a similar situation, according to Moran, who spoke with the National Science Foundation on Wednesday.

Two Sikuliaq research expeditions scheduled this year have already been postponed as the university, UNOLS and the agencies involved try to figure out how and when they can adjust to a new schedule, he noted.

How they will adjust is a constantly changing issue with no clarity yet, according to Moran, who said they’re walking a balance between state mandates and needing to get research done to support the economy and health of Alaska.

Other aspects of the College of Fisheries and Ocean Sciences have had to change as well. Moran is working from home, communicating with colleagues daily via Zoom and other platforms.

“So I’m able to function, but what we’re not able to do well is to conduct a research mission,” he said. “Unless it’s truly essential research that would need to keep organisms alive, we are truly on hold with research because we are under state mandate.”

Meanwhile, Sikuliaq is required to keep operating, so there is a crew aboard the ship in Seward, keeping the vessel running even though research remains on hold.

in the Far North

Elsewhere, Syndonia Bret-Harte, professor of biology at UAF and science codirector for Toolik Field Station, has been able to continue her work somewhat. But the field station operations have changed.

Toolik Field Station, located on Toolik Lake, west of the Dalton Highway and north of Anaktuvuk Pass, is operated by UAF under a cooperative agreement with the National Science Foundation. According to Bret-Harte, in a normal year the site hosts researchers from across the nation and the world.

One overarching theme, Bret-Harte noted, is studying how systems are going to change in the future as the climate warms up and what those changes are going to mean for biogeological cycling of carbon and nitrogen. Some studies look at how open or closed communities are to inputs of new organisms, carbon, nitrogen and phosphorus, and how each of those affects fires, erosions and thawing.

Some experiments look at what happens when the environment is manipulated, such as when soil is fertilized, and some have been going on for decades.

“So there’s a lot of different types of research that go on there and we normally have between about 350 in a slow year and over I want to say 650 visitors in a big year that come to the station to do research,” she said.

It’s a mix of scientists, undergraduate students, graduate students, agency professors, field classes run out of UAF and other universities, so she said it’s been big and diverse. Toolik Field Station has also been part of a European Union research exchange wherein international groups have come through in the last two years.

However, this summer, things are changing for the field station.

“The plan, at present, is we’re going to be closed to researchers until July 1,” Bret-Harte said.

They’ve got a small crew up there, practicing social distancing, but they’re keeping the lights going and maintaining instruments collecting data, according to Bret-Harte.

Those at the station are doing minimal work to keep core experiments and projects going, trying to help people get minimal amounts of data so that it’s not a total loss, but Bret-Harte noted it’s less than what they could normally do.

Meanwhile, the people onsite are going to have to stick it out.

“Our folks who are out there now, they’re not coming out until July 1,” she said, adding they’re in there for the long haul, as people are trying to prevent COVID-19 from getting to the location.

Bret-Harte said workers are finding out what minimal tasks researchers would want them to do. They’re hoping for those requests by April 20, then plan to do some prioritization, looking at continuing projects over new ones.

They might look at bigger projects that take place over a season, she added, but they don’t want to exclude small projects.

“We want to try and meet everybody’s needs as much as we can,” Bret-Harte said.

Some projects may still be able to continue, if funding organizations and researchers work together.

Lots of stations around the Arctic are in the same position, Bret-Hate noted. They’re remote, don’t have medical supplies and a lot of people hoping to travel and do trans-national access are not going to be able to do that.