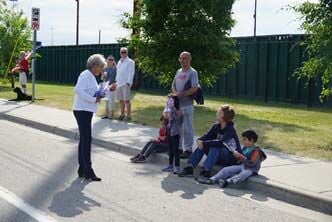 Patricia Silva, a candidate for borough assembly, talks to Fourth of July parade attendee on July 3, near the Carlson Center in Fairbanks. Alena Naiden/News-Miner 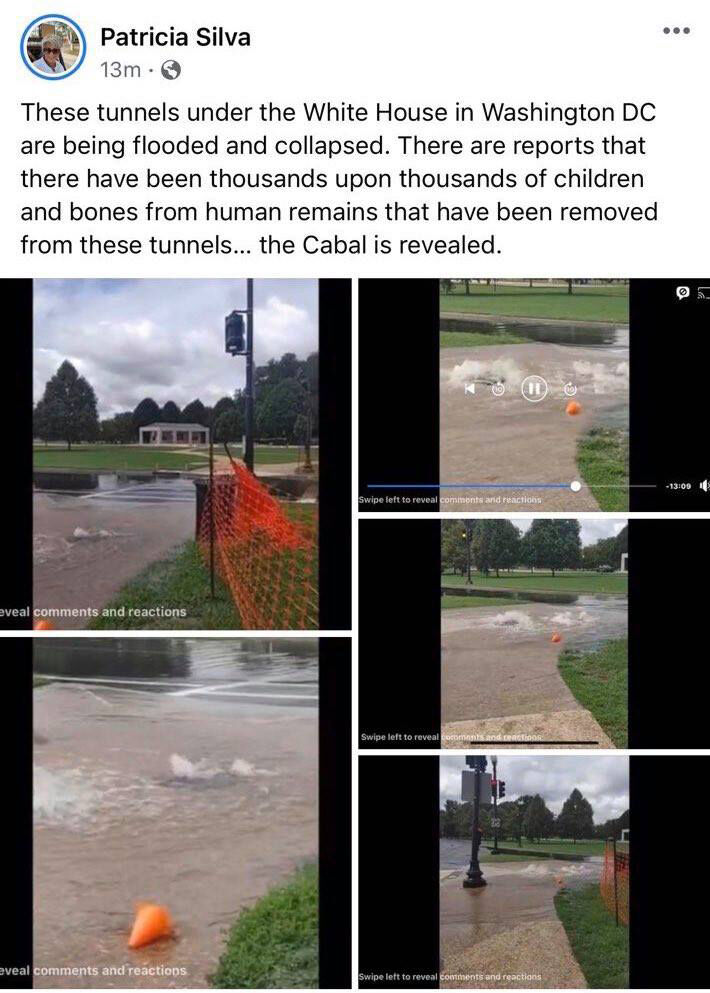 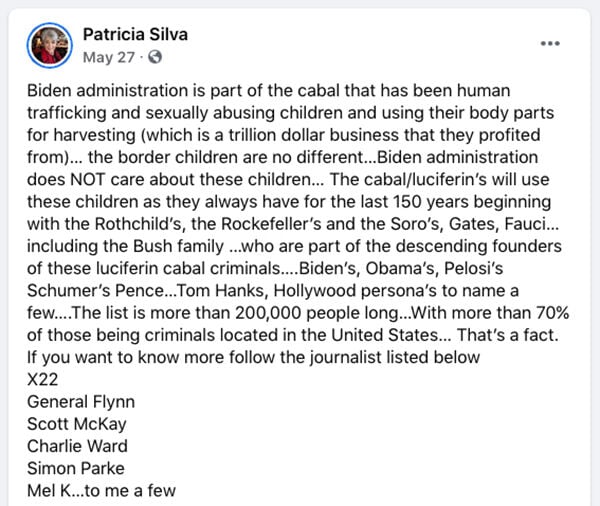 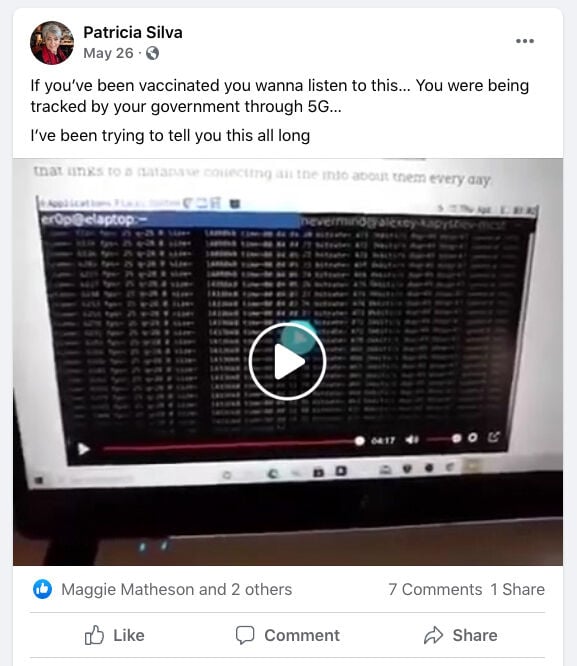 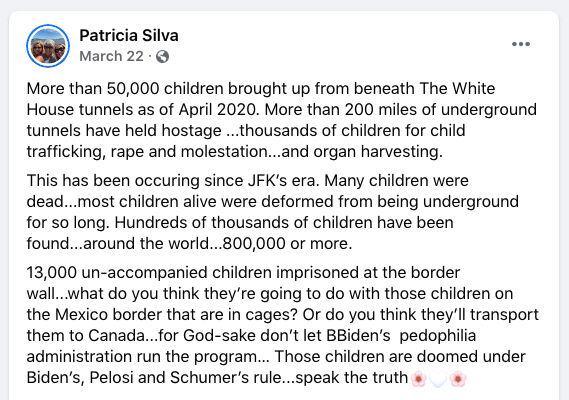 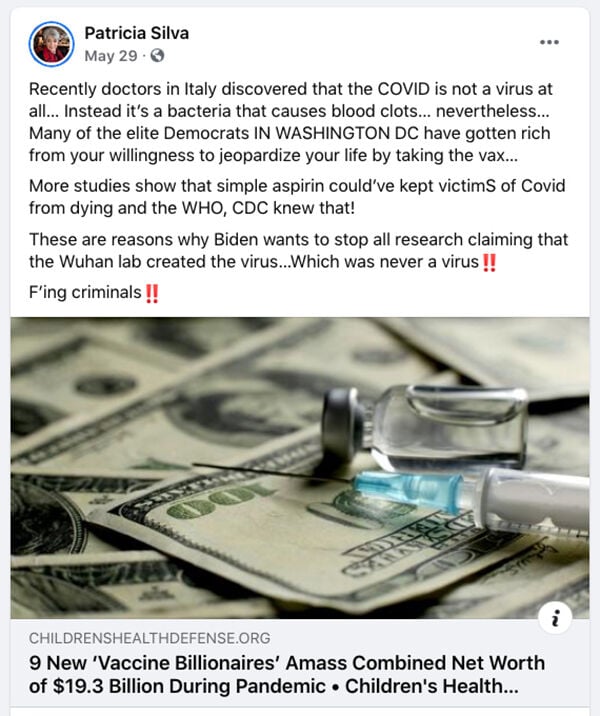 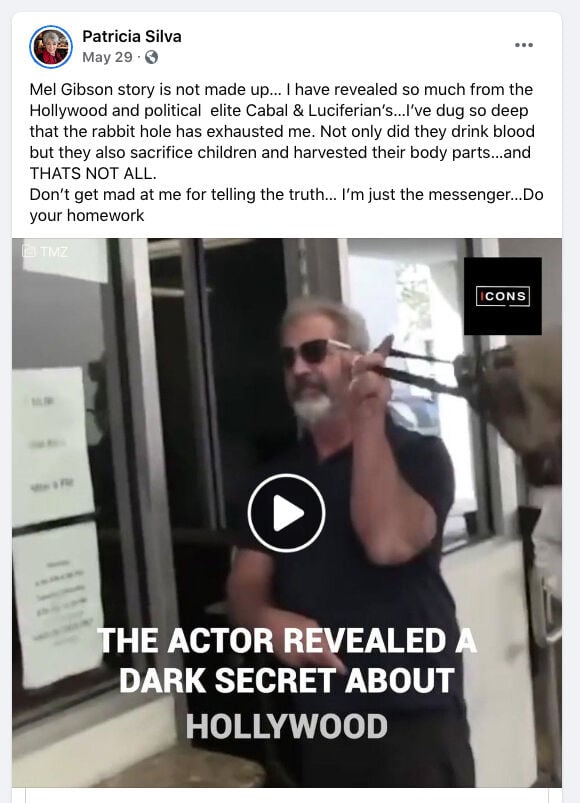 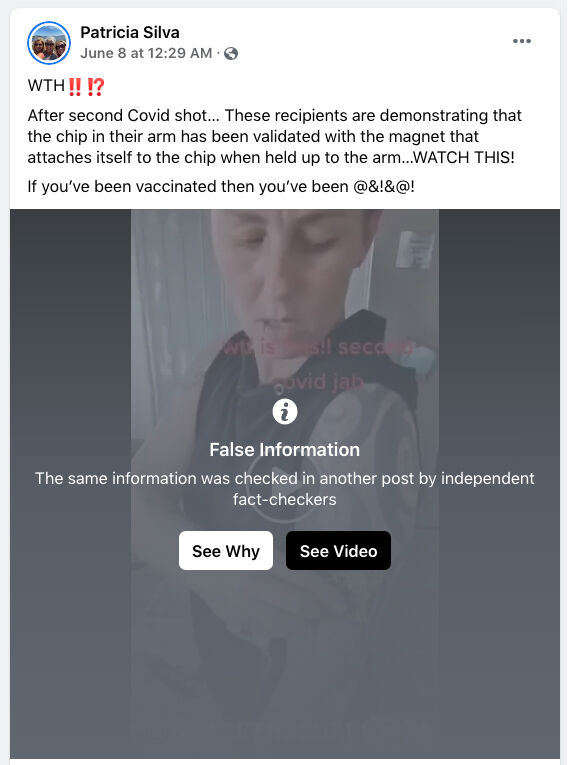 Patricia Silva, a candidate for borough assembly, talks to Fourth of July parade attendee on July 3, near the Carlson Center in Fairbanks. Alena Naiden/News-Miner

A candidate for the Fairbanks North Star Borough Assembly has scrubbed her Facebook account of strange claims about the president of the United States, Covid-19 and a group of “luciferin cabal criminals” to include politicians and celebrities.

Patricia Silva is a 64-year-old life coach, motivational speaker and was the Interior coordinator for the reelection campaign of Republican U.S. Sen. Dan Sullivan. She is an outspoken supporter of former U.S. President Donald Trump. She is running for Assembly Seat F on Oct. 5.

On Aug. 23, left-leaning commentator Dermot Cole, of Fairbanks, published an online article detailing Silva’s posts on Facebook. That same day, she was contacted by the News-Miner. Later that day, the posts were removed from Silva’s Facebook account. Multiple attempts to reach Silva by phone and by email to explain the posts were unsuccessful.

In one post on May 27, Silva claimed that the “Biden administration is part of the cabal that has been human trafficking and sexually abusing children and using their body parts for harvesting (which is a trillion dollar business that they profited from) ...”

In a Facebook post on July 29, Silva wrote in all capital letters that “we don’t have a pandemic.”

In a more-recent post, Silva made claims about tunnels beneath the White House containing human remains. “These tunnels under the White House in Washington DC are being flooded and collapsed,” Silva wrote. “There are reports that there have been thousands upon thousands of children and bones from human remains that have been removed from these tunnels... the Cabal is revealed.”

Silva has also written that “elite Democrats” in Washington D.C. are profiting off Covid-19 vaccines and that aspirin can prevent death from the virus. Other posts mention actors Mel Gibson and Tom Hanks as being part of the cabal, as well as the Bush and Clinton families. She also has written that after getting the second dose of the Covid-19 vaccine, “These recipients are demonstrating that the chip in their arm has been validated with magnet that attaches itself to the chip when held up to the arm.” The text accompanied a posted video which had been labeled as false information by independent fact-checkers.

Some of the wording and topics of the social media posts are similar to the language used by believers of QAnon, a movement that adheres to “a militant and anti-establishment ideology rooted in a quasi-apocalyptic desire to destroy the existing ‘corrupt’ world order,” according to the Global Network on Extremism and Technology. In late 2020, Facebook expanded its Dangerous Individuals and Organizations policy and vowed to remove QAnon-related accounts on the basis of encouraging violence.

There is no rule prohibiting candidates for the Borough Assembly from making controversial or unproven statements. Residents do not forfeit their free speech when they file for political office, according to Borough Clerk April Trickey.

It’s the job of voters to decide if claims by political candidates have merit.

Silva’s opponent, Savannah Fletcher, 28, is a lawyer who serves on the borough Planning Commission. She also has a Facebook account and makes political posts, mostly promoting political events and fundraisers.

In one post, Fletcher encouraged people to speak out about climate justice and clean energy. In another post, Fletcher boosted a fundraiser to benefit the Transgender Law Center in Oakland, California. Last year, she promoted a fundraiser for a group known as Black Trans Lives Matter. According to the Alaska Division of Elections, Fletcher is registered as undeclared and Silva is registered as nonpartisan.

Once elected, assembly members do have some limits on their free speech, according to Trickey.

Under borough ethics rules, “a public official when making a public statement or otherwise taking a public position shall state that they are expressing a personal opinion unless authorized to speak on behalf of the assembly.” Also, when elected leaders are debating issues, they may not impugn the motive of another leader’s vote or argument under the rules of the assembly, which are written into borough code.