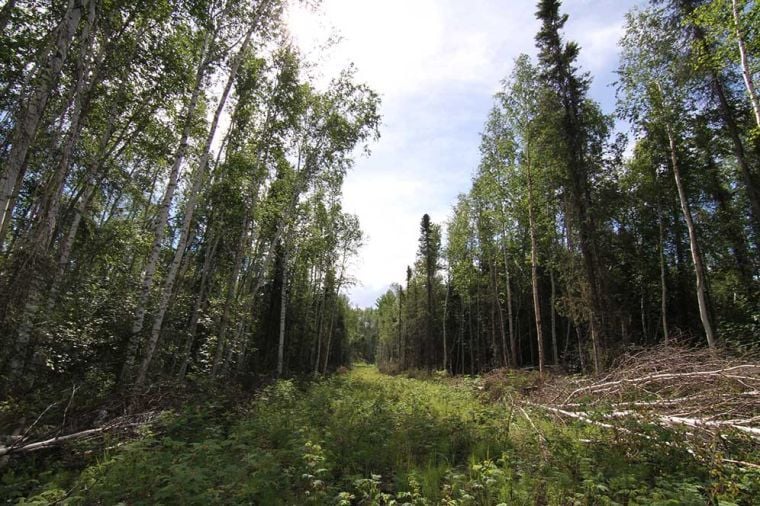 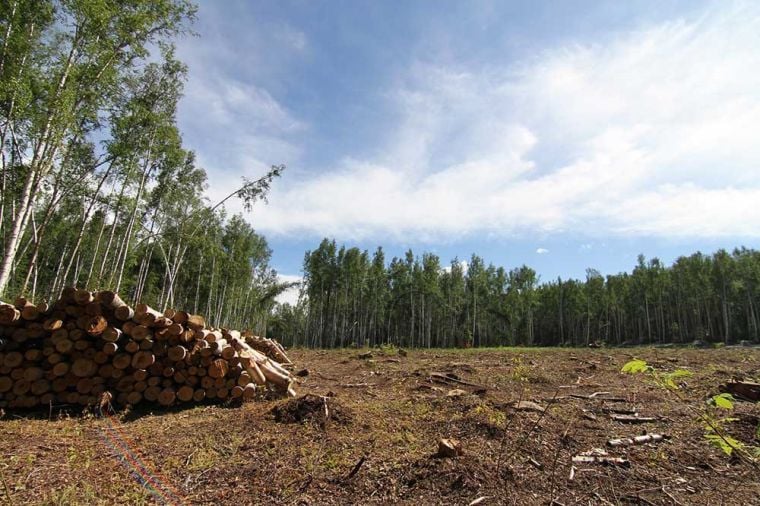 A large area is cleared near where the Road to Tanana will end at the Yukon River. Meadow Bailey/Alaska Department of Transportation and Public Facilities. 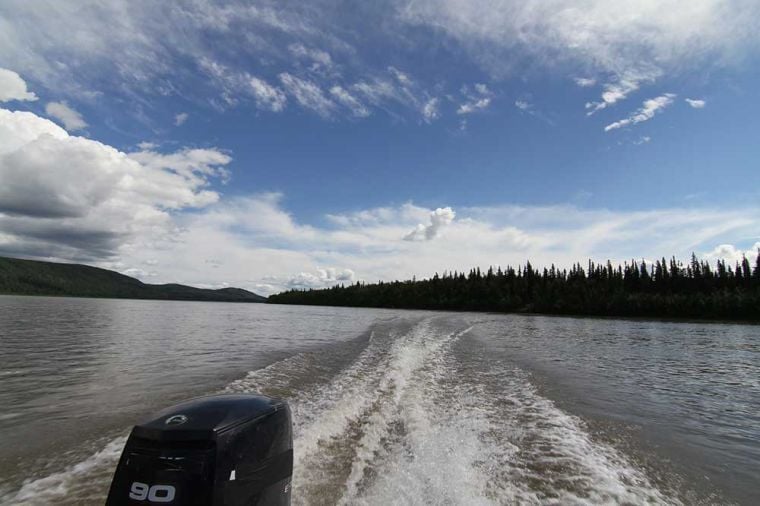 The Road to Tanana will end on the south bank of the Yukon River, about a 20-minute boat ride to the village of 250 on the northern bank. Alaska Department of Transportation has begun work on a road between Manley Hot Springs and the Yukon River near Tanana. Meadow Bailey/Alaska Department of Transportation and Public Facilities.

A large area is cleared near where the Road to Tanana will end at the Yukon River. Meadow Bailey/Alaska Department of Transportation and Public Facilities.

The Road to Tanana will end on the south bank of the Yukon River, about a 20-minute boat ride to the village of 250 on the northern bank. Alaska Department of Transportation has begun work on a road between Manley Hot Springs and the Yukon River near Tanana. Meadow Bailey/Alaska Department of Transportation and Public Facilities.

Correction. This article has been changed to reflect the following correction:

TANANA, Alaska — Construction crews starting work on a road between Tanana and Manley Hot Springs this month will be doing something that hasn't been done in Alaska in almost 20 years: connecting a bush community to the Alaska road system.

Depending on whom you ask, the community of Tanana, population 250, will soon be blessed with or afflicted by the most recent expansion of Alaska's highway system. Connecting the city to the road system promises to lower fuel and freight costs in the town, but the road's opponents worry it also will make it easy for outsiders to overrun fishing and hunting grounds.

A project kickoff event was held Monday at the Tanana Tribal Hall.

The "road to Tanana" as it has been called, does come with an asterisk. The single-lane gravel road that's being built this summer and next will finish on the south bank of the Yukon River. That puts it six miles upstream and a 20-minute boat ride from the city of Tanana, which sits on the Yukon's north bank. The $11 million project involves 14 miles of road improvements on Tofty Road near Manley Hot Springs and 20 miles of new road. The project's completion date is Dec. 15, 2015.

The mood was mostly celebratory at the kickoff event, which included lunch, a brief Athabascan dance performance and speeches from Alaska Gov. Sean Parnell and local leaders.

"I have kind of mixed feelings on the road, but everybody does and I'm glad to see we are working together to make this happen," she said.

Judging the overall community sentiment in Tanana is difficult because there have been no formal community votes about the road in recent years. There have been numerous informal polls taken at community meetings on the subject, but reports on the results vary widely.

The most outspoken remarks against the road on Monday came from Tanana Tribal Council Chairman Curtis Sommer, who described the road construction as an important "crossroads" for Tanana.

Sommer said the pro-versus-anti road split in Tanana is about 50-50. He said he was concerned the road would bring people into lands used for subsistence. In particular, he said the road comes too close to Fish Lake, a large lake to the south of the new road that is a habitat for moose and waterfowl. He was skeptical of the promised benefits of the project.

"It appears my people are always the last in line to benefit from any project no matter what is said," he said. "I'm going to be back in 10 years and I'm going to ask the leaders who wanted this highway: 'How did it benefit your people?'"

The Tanana road will be the first to connect an Alaska city to a road since Kasaan, population 29, was linked to the Prince of Wales Island's road system in Southeast Alaska, Alaska Department of Transportation and Public Facilities Commissioner Pat Kemp said during his comments at Monday's event in Tanana. Highways are the state's most efficient way for the state to provide transportation infrastructure, he said.

Alaska Sen. Click Bishop, a supporter of the road, told the gathering in Tanana that he hopes the new road will reverse an emigration trend out of Tanana in recent decades. Tanana has long been a trading hub. It was the site of gold rush-era U.S. Army post, Fort Gibbon, which closed in 1924, and a regional hospital that closed 1982. When he came to Tanana in 1974 for the biannual Nuchalawoyya (where the great rivers meet) celebration, the population was about 700, Bishop said.

Bishop asked the audience what the population is today and was told it is now 250.

"On a good day," someone added.

"I'm hoping we can bring our people back with this road," he said to applause from the audience.

One person who said she'll likely return to Tanana because of the road is Tanana elder Judy Woods, who now lives in Manley. Woods said at the beginning of Monday's event that she'd move "back home" when she could travel from Manley in a car. She didn't specify if she meant a direct car trip or a car trip plus a short ferry ride.

One thing the road won't immediately due is drop fuel prices in Tanana. In its initial form the road isn't large enough to accommodate fuel trucks; however, it may lower the price of shipping other items like construction supplies. Tanana residents now order building supplies by barge from Nenana. The cutoff date is in late August for new orders and it takes about a month for the supplies to arrive.

The new road hasn't been formally named. For now it's simply the "Road to Tanana," but Tanana Tribal Council administrator Shannon Erhart floated the idea Monday of naming it after Stanley Dayo and Walter Woods of Manely Hot Springs, who pioneered the route now being used for the new route.