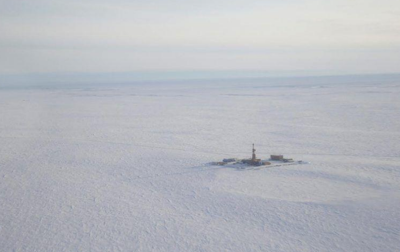 “Make no mistake, today’s ruling from a federal judge trying to shelve a major oil project on American soil does one thing: outsources production to dictatorships and terrorist organizations,” Gov. Mike Dunleavy said. “This is a horrible decision. We are giving America over to our enemies, piece by piece.”

Dunleavy’s office estimated the Willow project would yield a peak 160,000 barrels of oil per day in the National Petroleum Reserve and provide thousands of jobs in the oil industry and for support services.

“This decision won’t do one thing to help the environment,” U.S. Sen. Dan Sullivan said Thursday. “To the contrary, it further delays one of Alaska’s most strategic energy development projects, which will benefit our adversaries that produce oil, like Russia, Venezuela and Iran, whose environmental standards are some of the worst in the world.”

The state of Alaska had intervened in the litigation to defend the project and its approval process by the Interior Department’s Bureau of Land Management.

According to Wednesday’s decision in U.S. District Court for the District of Alaska, the Interior Department failed to meet requirements under the National Environmental Policy Act and the Endangered Species Act.

Judge Sharon Gleason ruled that the Trump administration’s project approval failed to gauge fully the impact of greenhouse gases or address protections for a subsistence area on the North Slope. The project was supported in court by the Biden administration.

The 110-page ruling invalidated the Bureau of Land Management’s approval for the Willow project. It also nullified an opinion by the U.S. Fish and Wildlife Service that the oil project would not harm endangered polar bears or their habitat.

Alaska's delegation in Congress voiced support for ConocoPhillips and its history of oil drilling in the state.

"ConocoPhillips Alaska has been responsibly producing oil" in the National Petroleum Reserve "for decades under the highest environmental standards, and this proposed project will be no different," U.S. Sen. Lisa Murkowski said. "Although this is a setback for Willow, it is not the end.”

U.S. Rep. Don Young said: “Let me be very clear: Judge Gleason’s decision is terrible for Alaska, our energy sector, and the countless families it supports.”

“The Willow project has immense potential for our state, and in the wake of the economic damage caused by the pandemic, we need it now more than ever,” Young said.

“Alaskans have been responsibly developing our resources for decades; we do it right,” Young said. “Willow’s extreme opponents wrongly believe this decision is good for the environment. On the contrary, if we are not developing resources here at home, countries with far lower environmental standards like Russia and Venezuela will.”

‘This is a win for our climate’

“This is a win for our climate, for imperiled species like polar bears and for the local residents whose concerns have been ignored,” said Nicole Whittington-Evans, Alaska program director at Defenders of Wildlife.

“We welcome the court’s decision upholding the rule of law, and we urge the administration to examine alternatives to this massive destructive project,” Whittington-Evans said.

Siqiñiq Maupin, director of the Sovereign Iñupiat for a Living Arctic, described the ruling as recognition that “our land and our people deserve dignity and a pursuit of greater meaning.”

“When we do not have to medivac our children out of the village so they can breathe, we can teach them how the native plants can be eaten,” Maupin said. “When oil fields aren’t blocking the migration and causing our caribou to starve, we can teach our youth how to hunt for our elders.”

ConocoPhillips Alaska had planned to start construction on the Willow project early this year but construction was halted by court injunction.

Rebecca Boys, director of media and advertising at ConocoPhillips Alaska, said the company is considering its options after the court ruling.

“We will review the decision and evaluate the options available regarding this project,” she said.