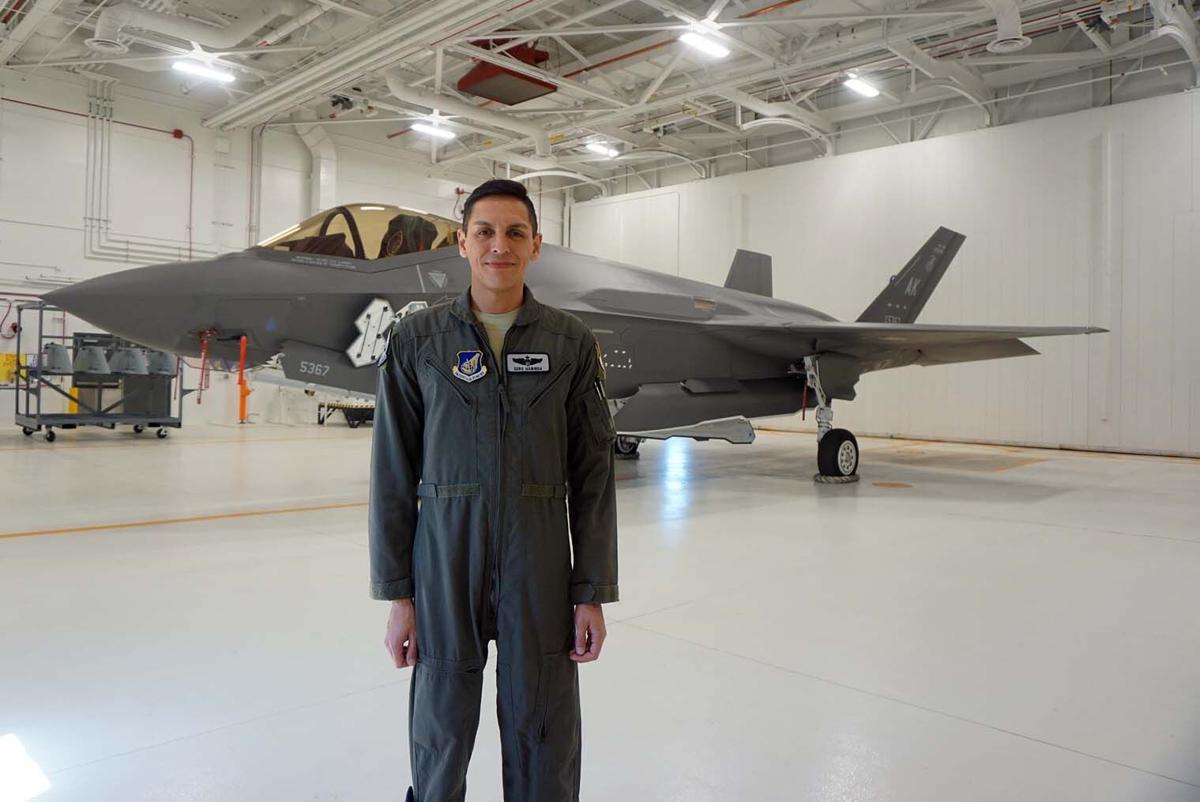 The F-35 fleet has expanded to 25 fifth-generation fighters and will grow to 54 by March 2022. The incorporation of the planes has gone smoothly, said Dan Wabinga, a fighter pilot and chief of standardization for the operations group. Maisie Thomas/News-Miner 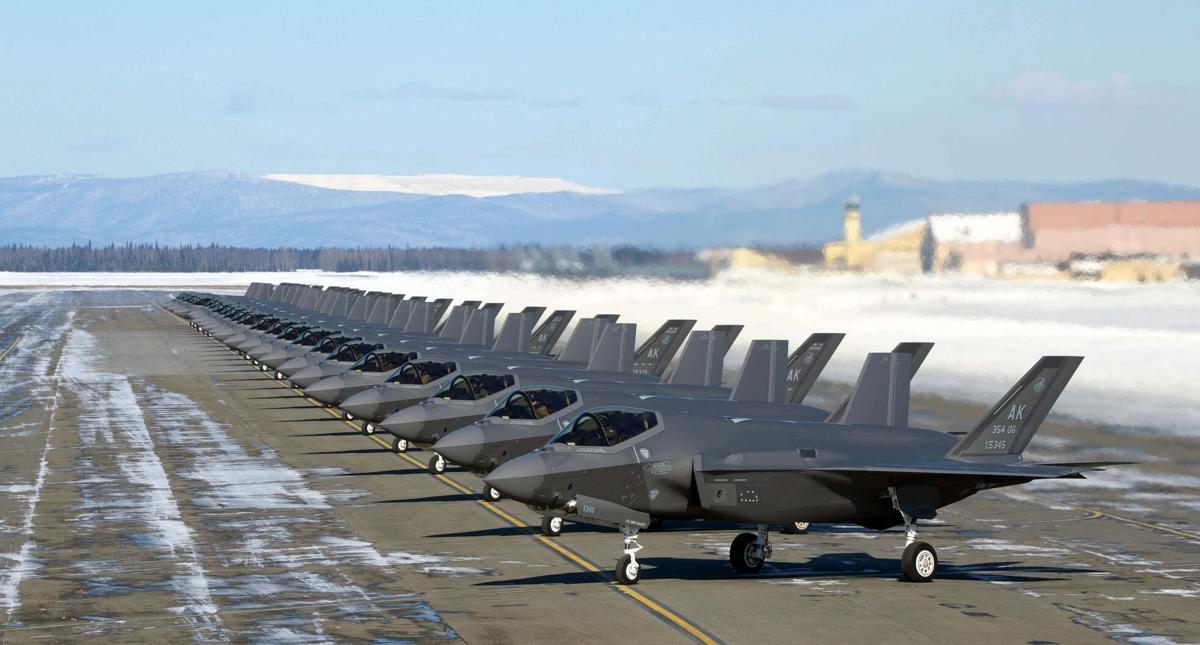 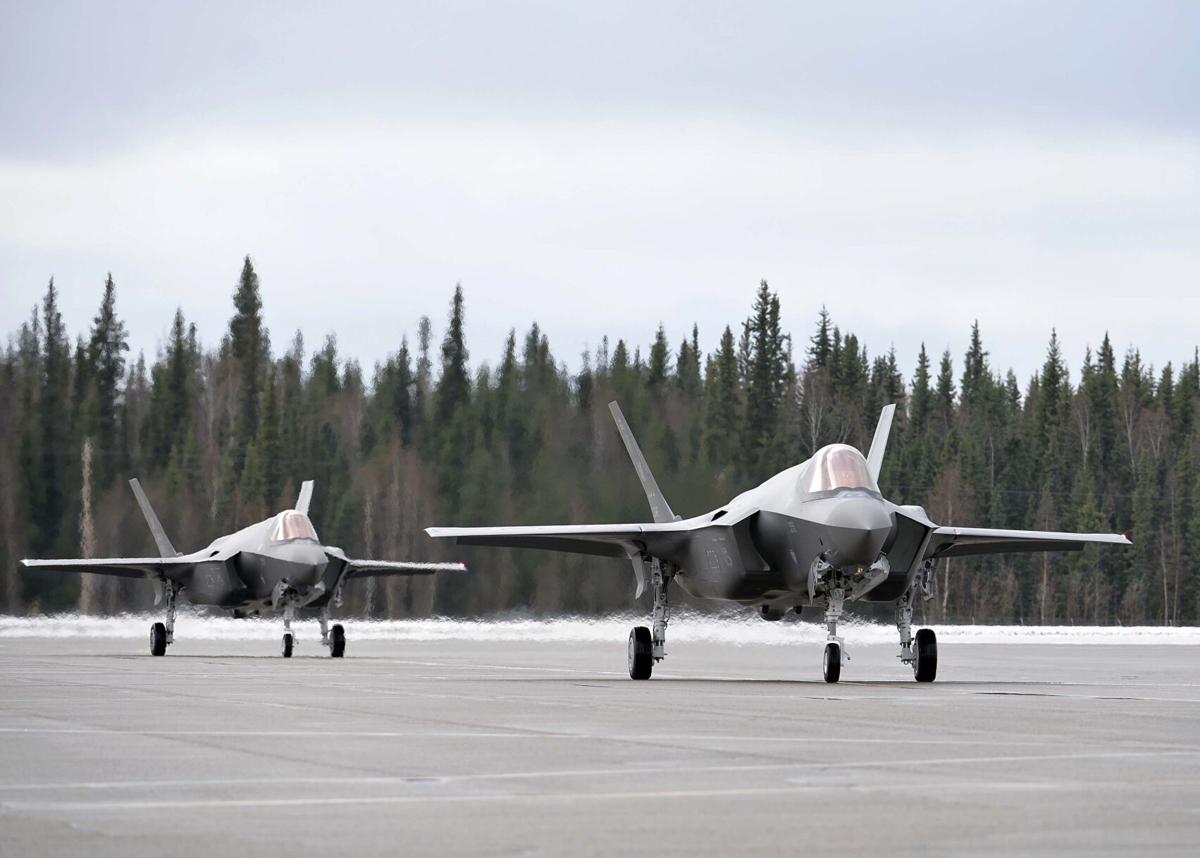 The F-35 fleet has expanded to 25 fifth-generation fighters and will grow to 54 by March 2022. The incorporation of the planes has gone smoothly, said Dan Wabinga, a fighter pilot and chief of standardization for the operations group. Maisie Thomas/News-Miner

Wednesday marked the one-year anniversary of the F-35 arrival at Eielson Air Force Base. The beddown was the culmination of a decade-long push to bring the newest fighter planes to Eielson, but the work was just beginning.

Now, airmen are training and building two new units, while the support squadron is struggling to accommodate nearly 2,000 new personnel and figuring out where to house the roughly thousand more slated to arrive.

The fleet has expanded to 25 fifth-generation fighters and will grow to 54 by March 2022. The incorporation of the planes has gone smoothly, said Dan Wabinga, a fighter pilot and chief of standardization for the operations group. He said that they have been busy flying and creating two fully capable squadrons.

“We’ll get really good training in [and] it’s just going to get better from here,” Wabinga said.

He explained that the F-35’s technology sets it apart from other planes. F-35’s “fuse all the indicators that its sensors are getting into one track.” This means that they can “deny the enemy’s ability to detect us.” And, since the plane does more, the pilot has less to manage.

The F-35 has been criticized as expensive to produce and even more costly to maintain. Moreover, the sensors can be glitchy and unreliable. However, Wabinga said technology malfunctions have not been an issue thus far; the planes have functioned well, even in the cold of Alaska.

Although the training aspect of the F-35 mission is going well, the past year has presented numerous challenges for Eielson.

Karen O’Camb, deputy director of the force support squadron, explained that Eielson was “all of a sudden ... tasked with the world-wide mission, and it was very quick.”

Due to the speed of the mission, some aspects were overlooked.

With the arrival of the F-35s came a massive personnel increase. So far, 1,080 of 3,000 airmen have been deployed to Eielson and resources are already stretched thin.

With the “extreme influx of new personnel, it’s been extremely difficult for the base to flex,” O’Camb said. “My job is to make sure that the families are taken care of and that’s where we struggle.”

“Everyone wants to talk about the F-35 ... it’s great, it’s an amazing aircraft and it can do amazing things. However, with that aircraft comes the airmen,” Eielson spokesperson Staff Sgt. Parker Dubois said.

The biggest issue is housing. There is a housing shortage in North Pole, and Fairbanks is both far from the base and short on housing. The Eielson dormitories are at 96 percent capacity.

“We have a lot of people and nowhere to put them,” O’Camb said.

The housing crunch will worsen as Eielson has only received just over half of the airmen scheduled to deploy to Alaska. According to Dubois, they are working with a housing task force to solve the problem but do not have an answer or a timeline for resolution.

Moreover, much of the infrastructure housing both airmen and fighter jets is outdated. O’Camb explained the focus is often on technological advancements. For instance, it costs roughly $80 million to produce one F-35. Yet most of the buildings are pushing 70 years old and are dilapidated and costly to heat, O’Camb said. That, in turn, impacts quality of life on base.

“It’s kind of a shame that everything was so rushed to get here to fulfill the Air Force mission that the funds just weren’t able to keep up,” O’Camb said. “Our challenge is how can we get [people] supported until the funding can catch up?”

Projects can take up to a decade to complete, so will happen as the next thousand airmen arrive is unknown. And despite the challenges of rapid growth, there have been several support squadron accomplishments over the past year.

“We have all the bits and pieces ... to really support our airmen,” O’Camb said.

Family child care programs went from one home to 20 and the Child Development Center is being revamped. Additionally, they opened a new dining hall for maintainers on the other end of the flight line, who often do not have time to go to the hall on the other side of base.