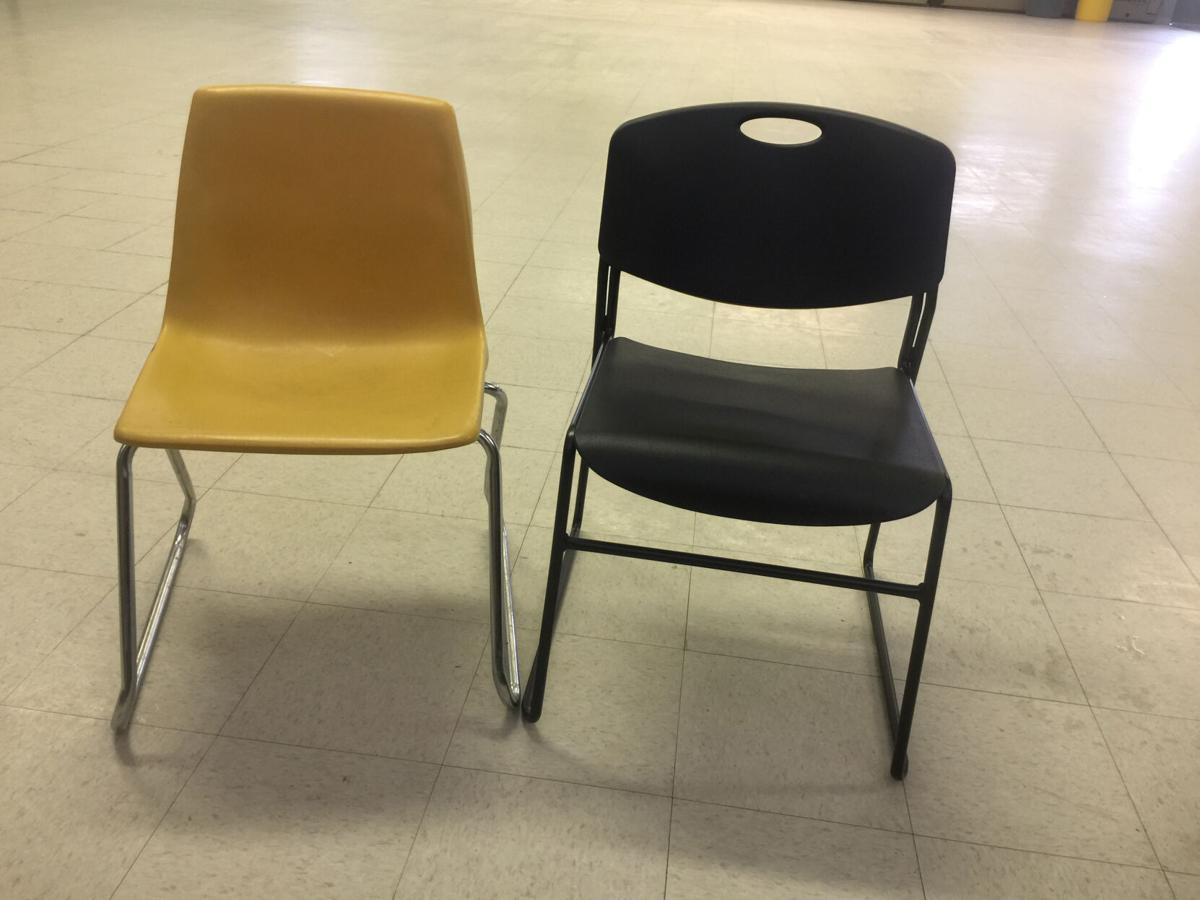 The retro chair, on the left, holds a lot of nostalgia for Healy residents. It is being replace by the lighter, black chair on the right. 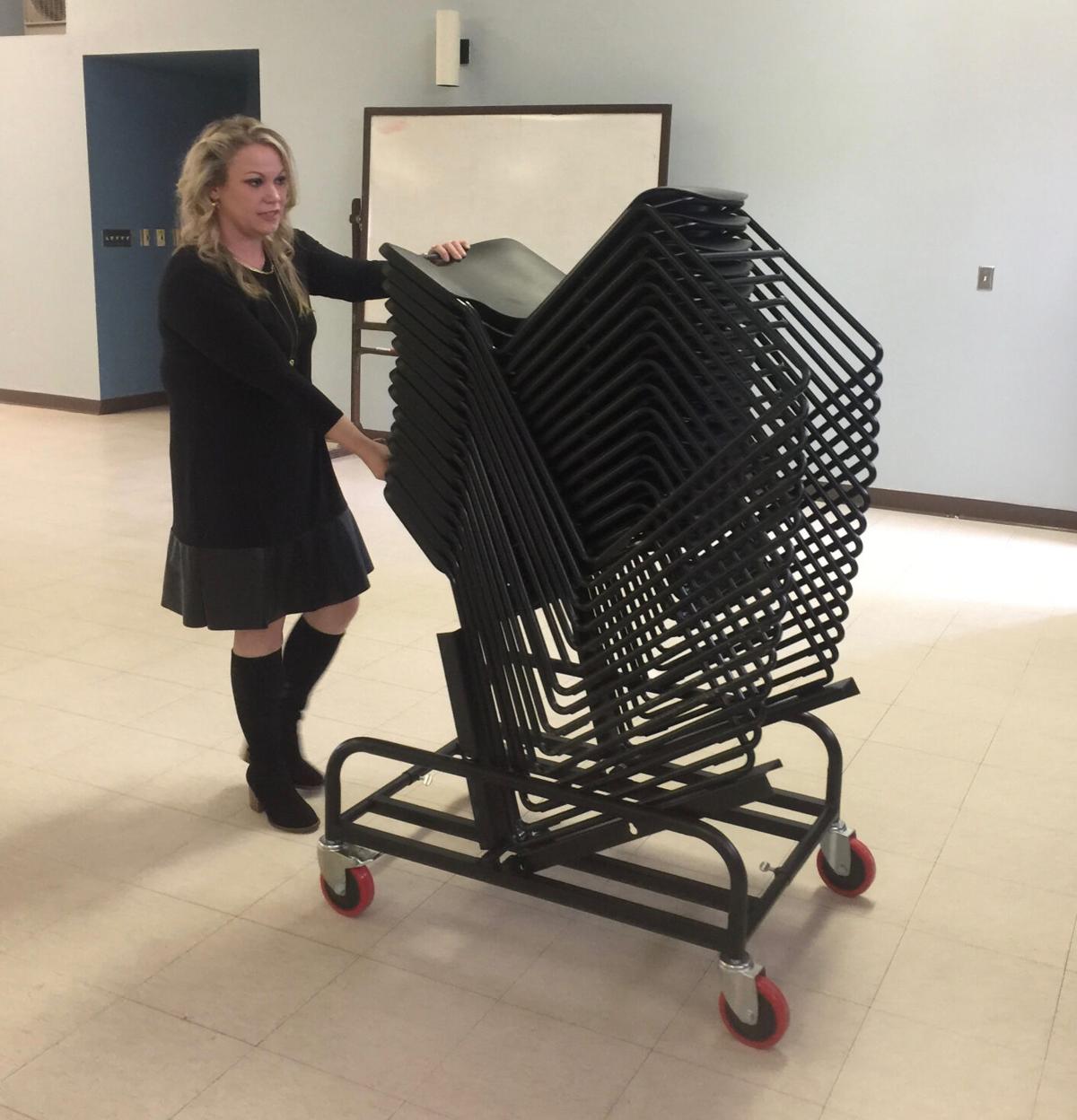 Megan Scoles, director of the Tri-Valley Community Center, shows how easy it is to move the new chairs en masse, using a special dolly. 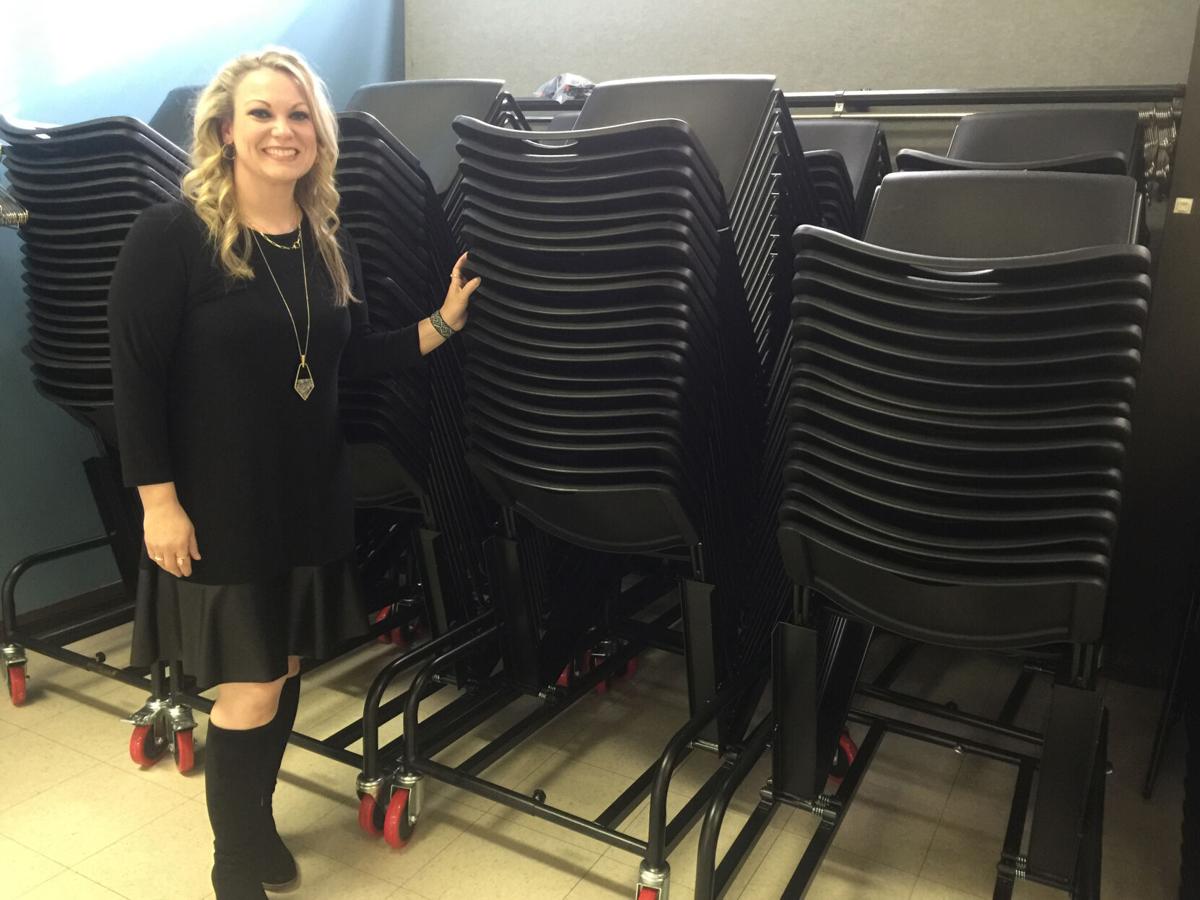 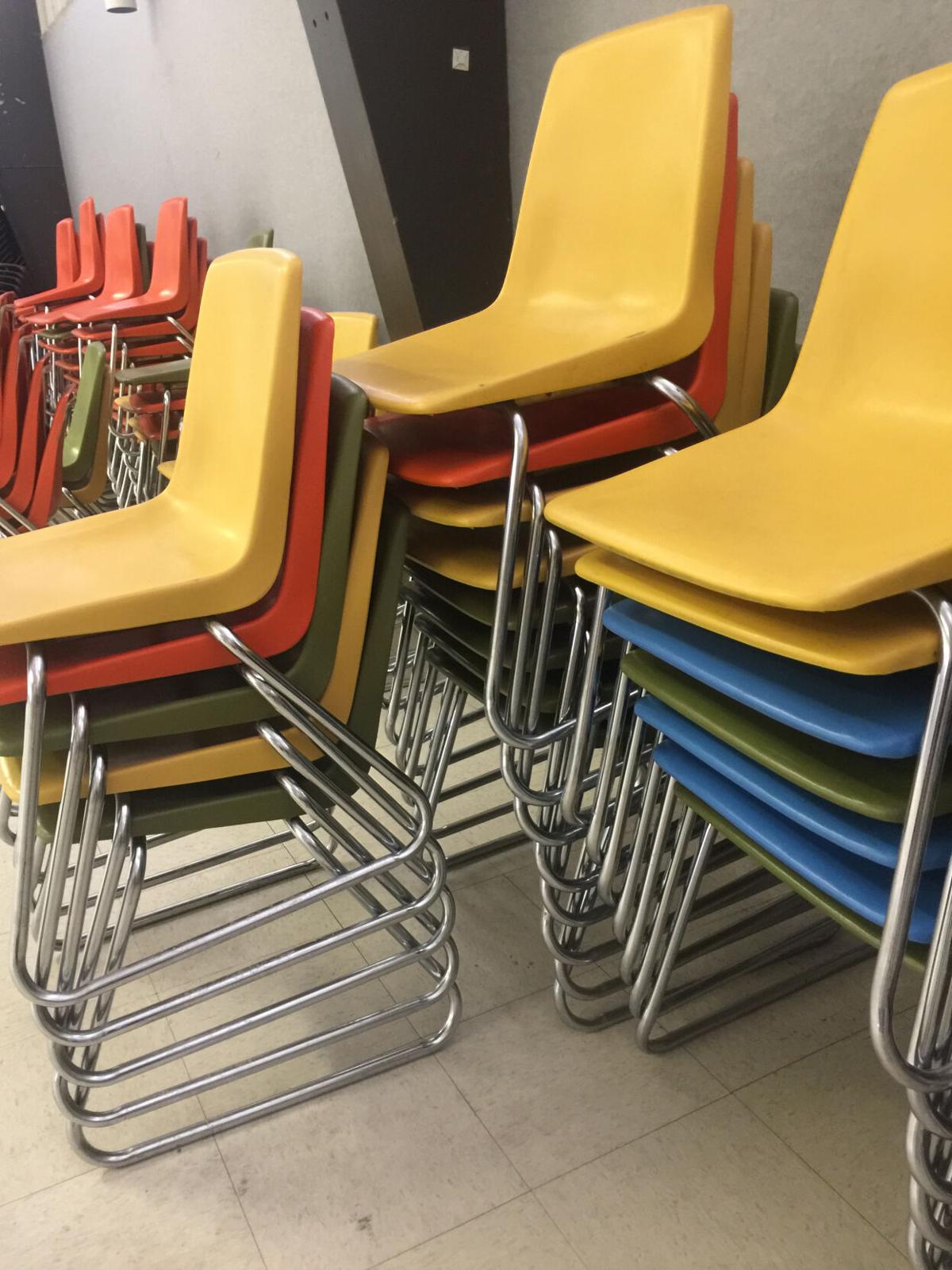 The retro chairs were put on sale for $2 each and were going fast.

The retro chair, on the left, holds a lot of nostalgia for Healy residents. It is being replace by the lighter, black chair on the right.

Megan Scoles, director of the Tri-Valley Community Center, shows how easy it is to move the new chairs en masse, using a special dolly.

The retro chairs were put on sale for $2 each and were going fast.

This is the tale of two types of chairs — colorful retro chairs from the 1970s and new, lighter black chairs — and how replacing those retro chairs caused an uproar in this roadside community.

When the director of the Tri-Valley Community Center announced the center was selling the old chairs for $2 each, some folks exploded in opposition on the Healy Facebook page. They criticized the decision as poor financial management and recalled all the events those chairs reminded them of, from funerals to weddings and other community gatherings over the past 40-50 years.

Some mistakenly blamed the Denali Borough. In fact, the Denali Borough does not own the Tri-Valley Community Center. It only rents space there. The community center is owned by the Tri-Valley Volunteer Fire Department. First National Bank Alaska, Alaska State Troopers, Interior Community Health Clinic and a physical therapist also rent space, in addition to borough offices.

The 227 retro chairs are gold, avocado, blue and orange in color. They are heavy and hard to move. And they have to be moved a lot.

People who rent the downstairs Windjammer Room at the community center almost always ask that the chairs be removed before their event. Some people bring in their own chairs, especially if it is a dress-up event.

“The new chairs have dollies and they stack 28 tall — 15 chairs for shorter people,” said Megan Scoles, director of the community center. “It prevents the amount of storage needed and it’s much easier to move them with these dollies.”

Legs of the retro chairs are too wide for current dollies, she said.

Each new chair also has a handle to facilitate picking them up, instead of dragging them along the floor, she added.

Whenever the chairs have to be removed from the Windjammer Room, they end up being stored in the Fire Hall, which is not an ideal location. It’s also labor intensive and Scoles usually recruits fire department members to help her move the chairs.

“Then, when we have an emergency, fire crews and EMS crews are literally climbing over those chairs to get into the rigs,” she added.

The new lighter black chairs may very well be used at those fancier events now. And if they are moved to the Fire Hall, they won’t take up as much room.

“I think about the health and wellness of volunteers, medics, custodians — it’s awful on the back,” Scoles said.

Custodians who mop and wax the floor spend hours moving those retro chairs from one side of the room to the other, three chairs at a time, she said.

Scoles was taken aback at the strong negative reaction to selling the retro chairs.

“If it’s about the nostalgia of it, please buy the chair,” she said. “We’re trying to maximize the space in the Windjammer Room for a multitude of reasons,” she said. “This will do a lot to help our volunteers, custodians, maintenance guys. At the end of the day, it’s for the community.”

Most of the public apparently agreed. Chairs were disappearing from the community center by the truckload on Tuesday. By 6 p.m. every chair was sold.

The next step toward acquiring addresses in the Denali Borough is to ensure there are no repetitive street names. Local residents now have a chance to provide feedback and recommendations to determine those road names.

This part of the process is intended to follow borough code, based on best practices from both national standards and neighboring municipalities, according to emergency director Chris Noel.

The proposed road names/maps and street naming methods can be seen at denaliborough.org/addressing. Online comments can be made through March 31.

No final decisions will be made at these meetings. The purpose is information gathering only.