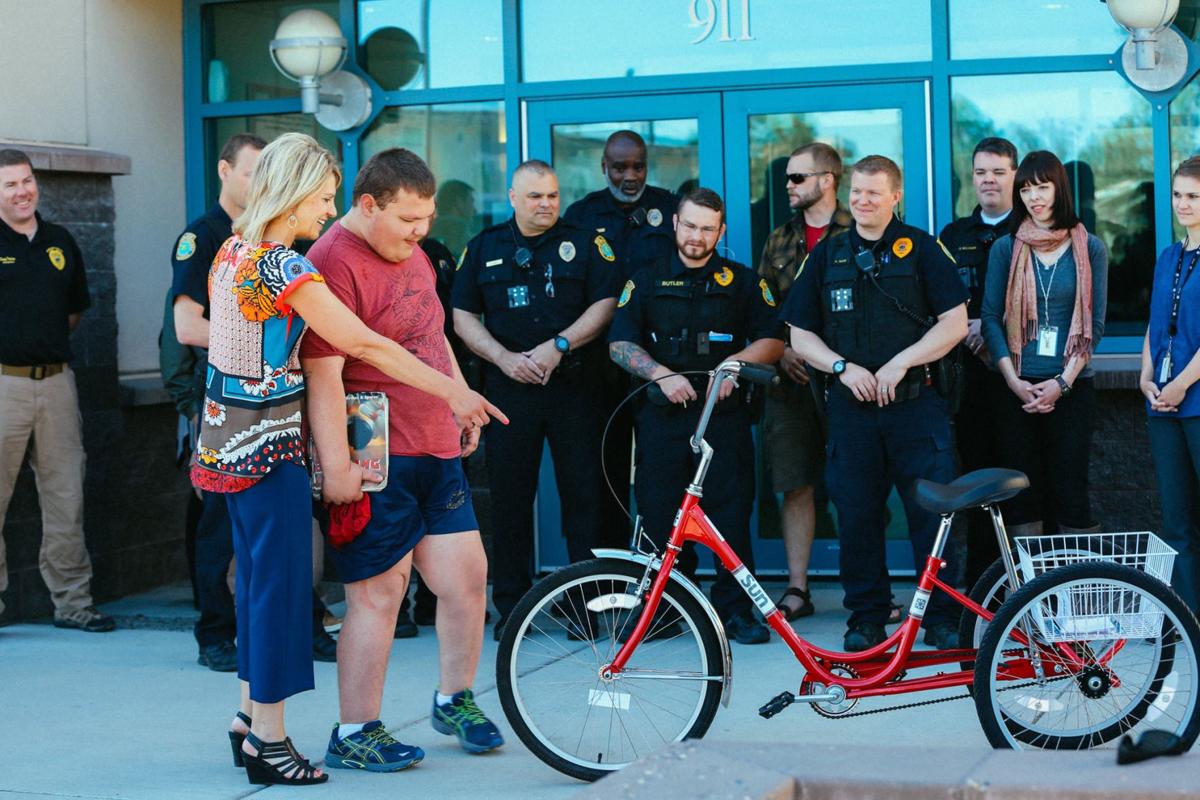 Matthew and his mother see his new tricycle for the first time. 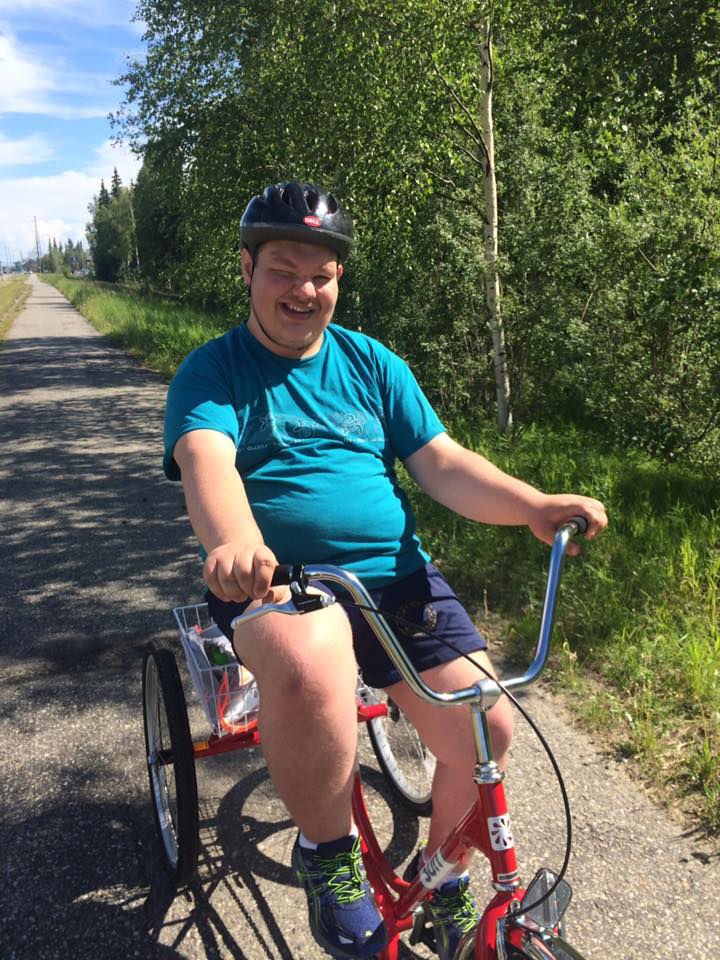 Matthew and his mother see his new tricycle for the first time.

FAIRBANKS — That happy guy you see riding a tricycle down Geist Road every day has a special reason to smile as he pedals down the sidewalk. He’s riding a new tricycle to replace the one stolen out of his driveway, thanks to members of the Fairbanks Police Department Employees Association.

His name is Matthew and although he is nearly 20 years old, he has the cognitive mind of a 4-year-old. He suffers from Fragile X Syndrome and according to his mother, “he is trapped in a mind that does not understand the world, but instead remains childlike in many ways, though childlike doesn’t fully explain his mind.

“He simply processes the world differently than everyone else,” Wendy Chapman Cloyd said. “He has a simple life of simple things.”

He is also autistic.

Matthew enjoys many daily routines in his life.

“He likes to watch YouTube and Netflix, he likes to go to the bowling alley every Friday and eat a cheeseburger and fries while he watches people bowl,” Cloyd said. “And he loves to ride his bike.”

Thieves stole the tricycle from his driveway in the Geist Road area more than a week ago.

“I didn’t call the police or troopers at the time,” said his mother, who works at Fairbanks Resource Agency. “Because I literally couldn’t remember the brand of the bike. He had it for eight years.”

She figured thieves might actually be riding the stolen tricycle, so she posted news of the theft on Facebook. Thus began an amazing community effort to help Matthew find his bike and/or get a new one. Surprisingly, the bulk of support came from kind-hearted strangers online and via telephone. They were all appalled at the theft. Some people suggested starting an online GoFundMe fundraising campaign to pay for a new bike, Some people offered to buy Matthew a new bike.

Meanwhile, Cloyd’s boyfriend mentioned it to a local police officer, who also put out the word among his professional colleagues.

It wasn’t long at all before the local police association took up a collection and bought Matthew a new and better tricycle, thanks to a special discount from Beaver Sports. They presented it to Matthew late last week.

The new bike is even nicer than the one that was stolen, Cloyd said.

“This one is red. It just looks fancier. It’s shiny, and ironically, it fits him better,” she said. “Now, at age 20, I hope he’s fully grown. He’s almost six feet tall and weighs about 300 pounds. The blue bike was slightly off, but this red one, it just seems an absolute perfect fit for him.”

She said she is so thankful and so grateful such kind people work at the Fairbanks Police Department. She hopes the folks there weren’t disappointed at Matthew’s initial reaction.

“The hardest thing about receiving the bike though, is that Matthew doesn’t have the cognitive ability to genuinely understand what was happening,” she said. “He did not approach that bike with excitement. I don’t know if he was completely aware what was happening.”

Because of his autism, it takes time for him to make the connection and realize the bike now belongs to him. Although he might not have expressed gratitude at that moment, the realization of the gift and the gratitude came quickly, she said.

“He has ridden it every day since then,” she said. “He loves that bike.”

The family now locks up its bicycles at home. The thieves actually returned one night to try to steal another bicycle — there were three at the home — and another son chased them off, Cloyd said.

The whole stolen bike experience ended happily and gave her a special appreciation for the kindness of her fellow Fairbanksans.

“What it really taught me was everybody was so disgusted that someone in this community would do this, and they didn’t want this to be the face of the community,” she said.

“The idea that all these people stood up for Matthew, protected him and in essence said, ‘Hey buddy, we got your back,’”meant the world to her family, she said.

“What an amazing change of events and in how we feel about he entire thing,” said her boyfriend, Warren Moore. “What a great little town we live in.’”