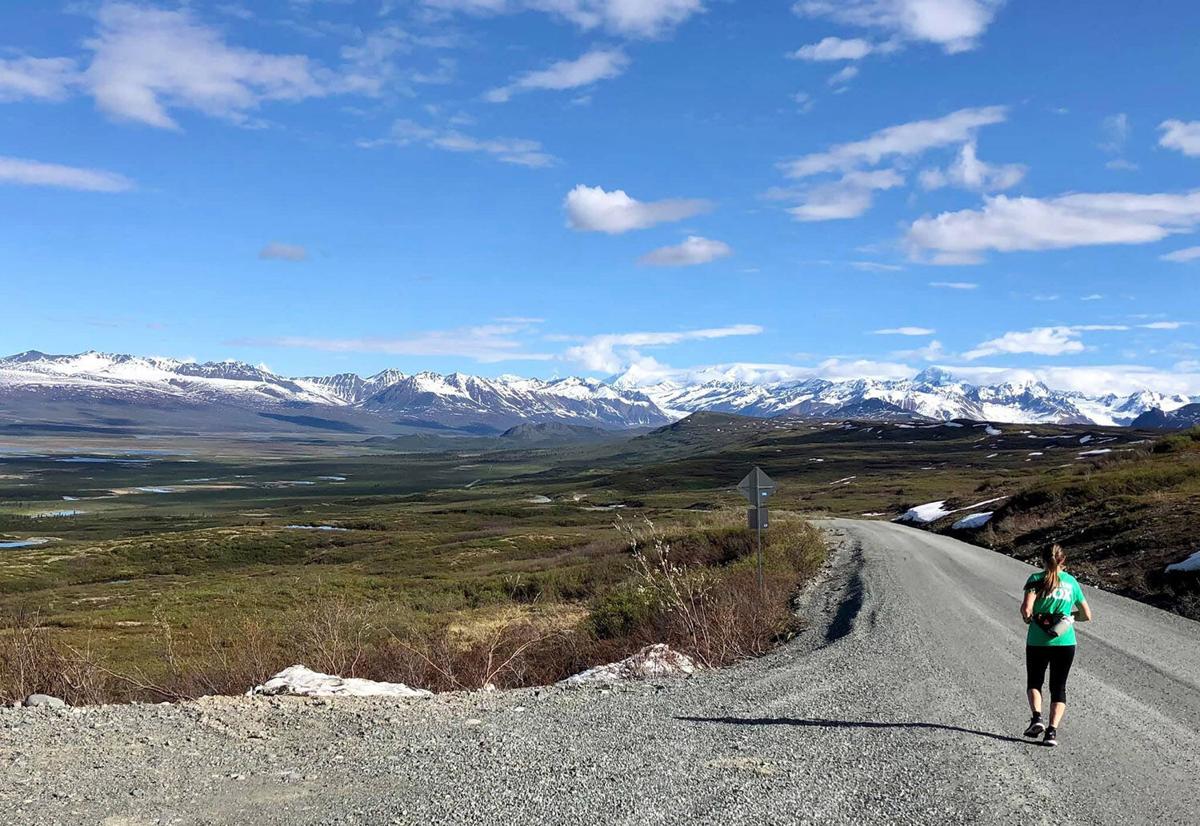 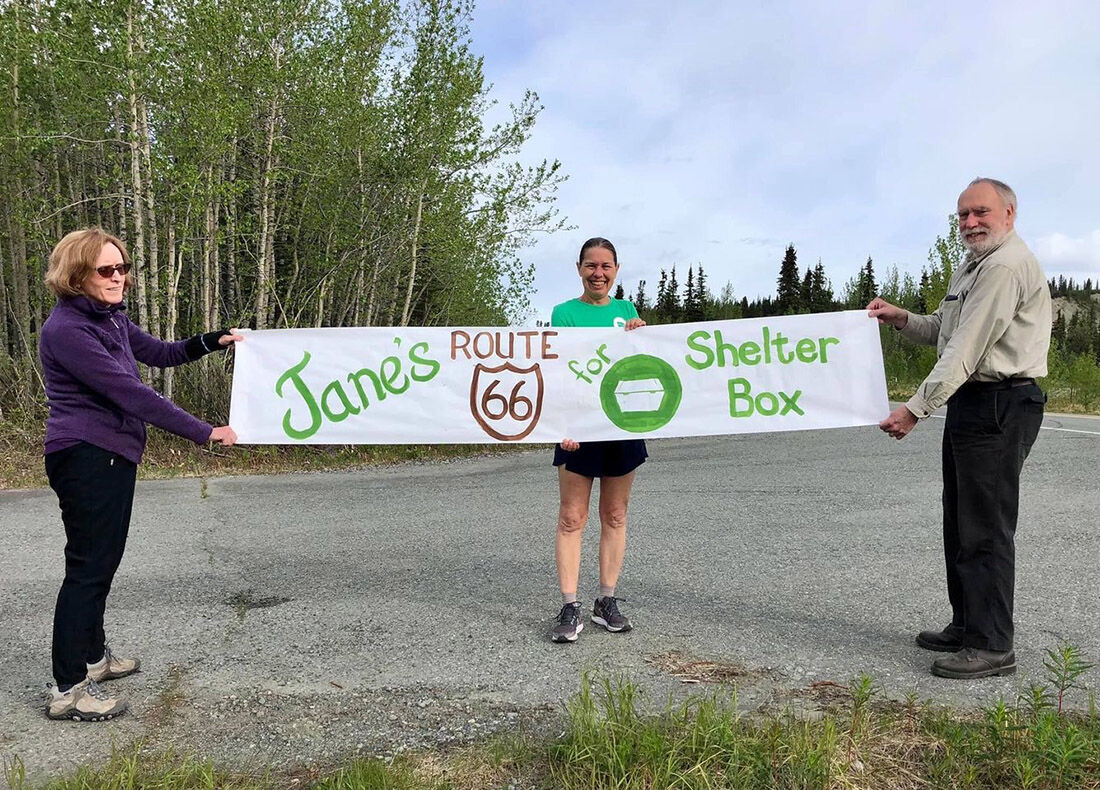 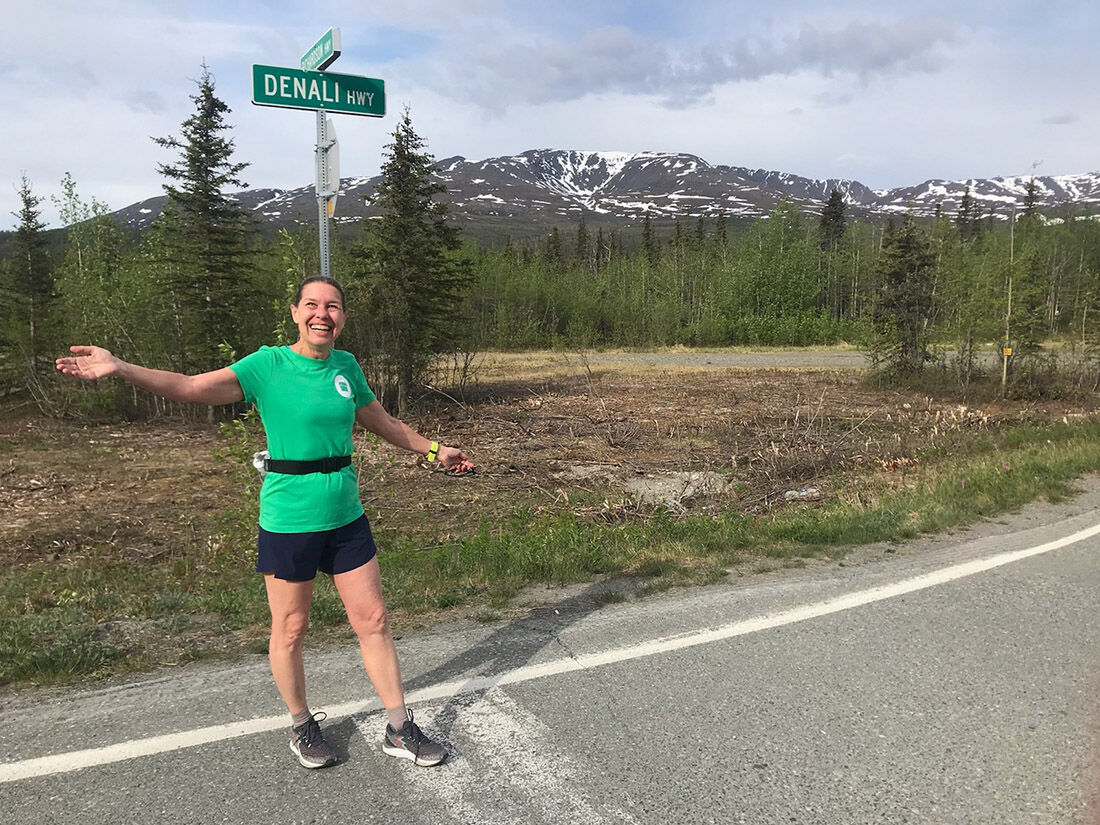 Fairbanksan Jane Lanford is celebrating her 66th birthday by running 66 miles - twice - along the full length of the 135-mile Denali Highway.

While running, she is raising money for ShelterBox, a nonprofit that provides emergency shelter and tools for families caught in natural disasters and conflict around the world.

Deciding to run was easy. After all, Lanford runs marathons every year. In fact, she has just a few more to go to complete her goal of running a sub-four-hour marathon in every state. Choosing to honor ShelterBox at the same time was also an easy decision.

“They work with disaster relief around the world,” she said. “I think it is a really good organization.”

ShelterBox is also allied with Rotary Clubs and Lanford is a member of the College Rotary in Fairbanks.

“I thought if I do something as ridiculous as this, it should benefit somebody,” she added.

She recalled meeting a guest speaker at a rotary meeting who climbed all 14,000-foot peaks in Colorado, and raised money for ShelterBox. She never forgot that.

Lanford actually decided last summer that she would make this birthday run, after driving along the long and scenic gravel Denali Highway.

“As usual, there were a few cyclists out there, grinding their way up some gravel hill,” she said. “I just blurted out, ‘I’d rather run it, than bike it.’”

So she had all year to think about it.

Her husband Steve agreed to serve as her support crew and followed along with their truck and camper.

She ran the first 66 miles last weekend, beginning at Paxson on the Richardson Highway. She will finish Saturday in Cantwell.

“I did not get training over the winter doing back-to-back runs, so my running time has been around seven to 71/2 hours, but my elapsed time is nine to 91/2 hours because I take a lot of breaks,” she said. “I have to get my runner mind out of wanting to just finish this thing, to enjoying the journey.”

Those breaks included a stop for delicious homemade ice cream at McLaren Lodge, she said. Alpine Creek Lodge allowed the Lanfords to leave their camper until their return later in the week for the second run, she noted.

Since her pace is slow, she said she can eat just about anything.

“Ramen has been my food of choice for lunch because that’s what ultra-marathoners do,” she said. “It has liquid, salt, carbs. You can slurp it down and gives more energy to go on.”

Scenery along the Denali Highway is beautiful, she said, adding, “I get to do the entire road at a snail’s pace and look at everything.”

The wildlife count so far? One porcupine.

She plans to begin her second run today and complete the run on Saturday, late afternoon or early evening. Some Rotarians may greet her at the finish line, as well as some members of Team Red, White and Blue. She is active in the local chapter, which enriches lives of veterans.

You can donate to ShelterBox here: https://givebutter.com/JanesRoute66/donate