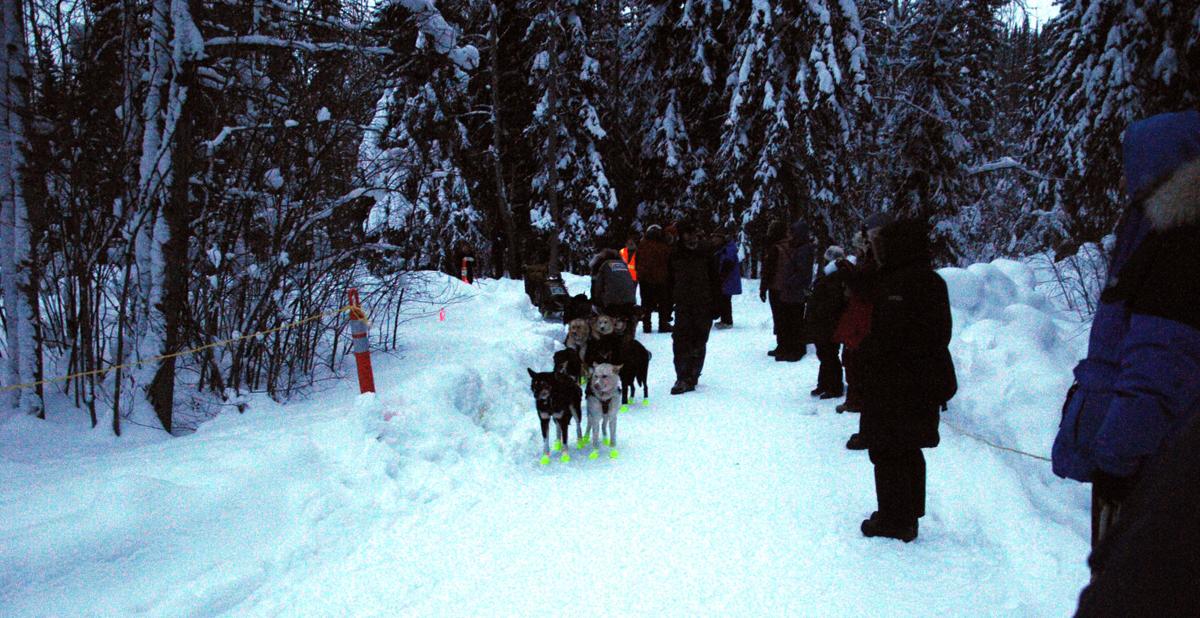 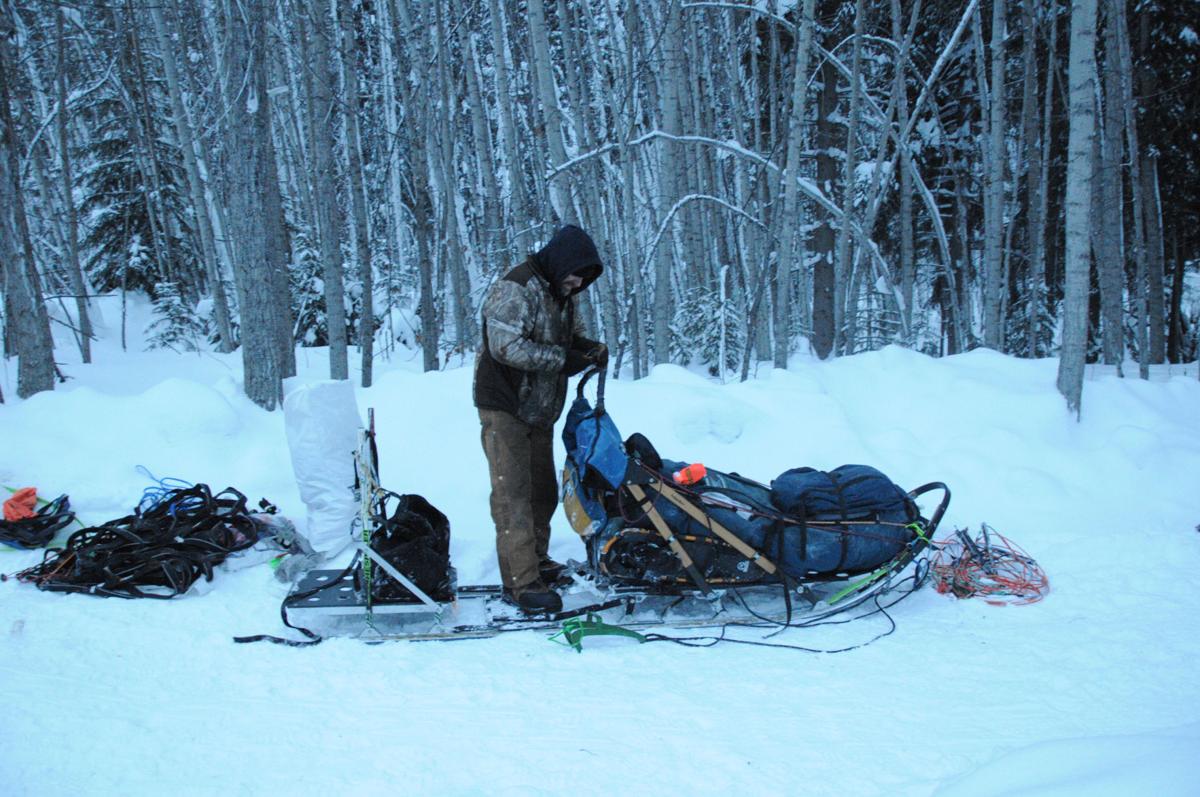 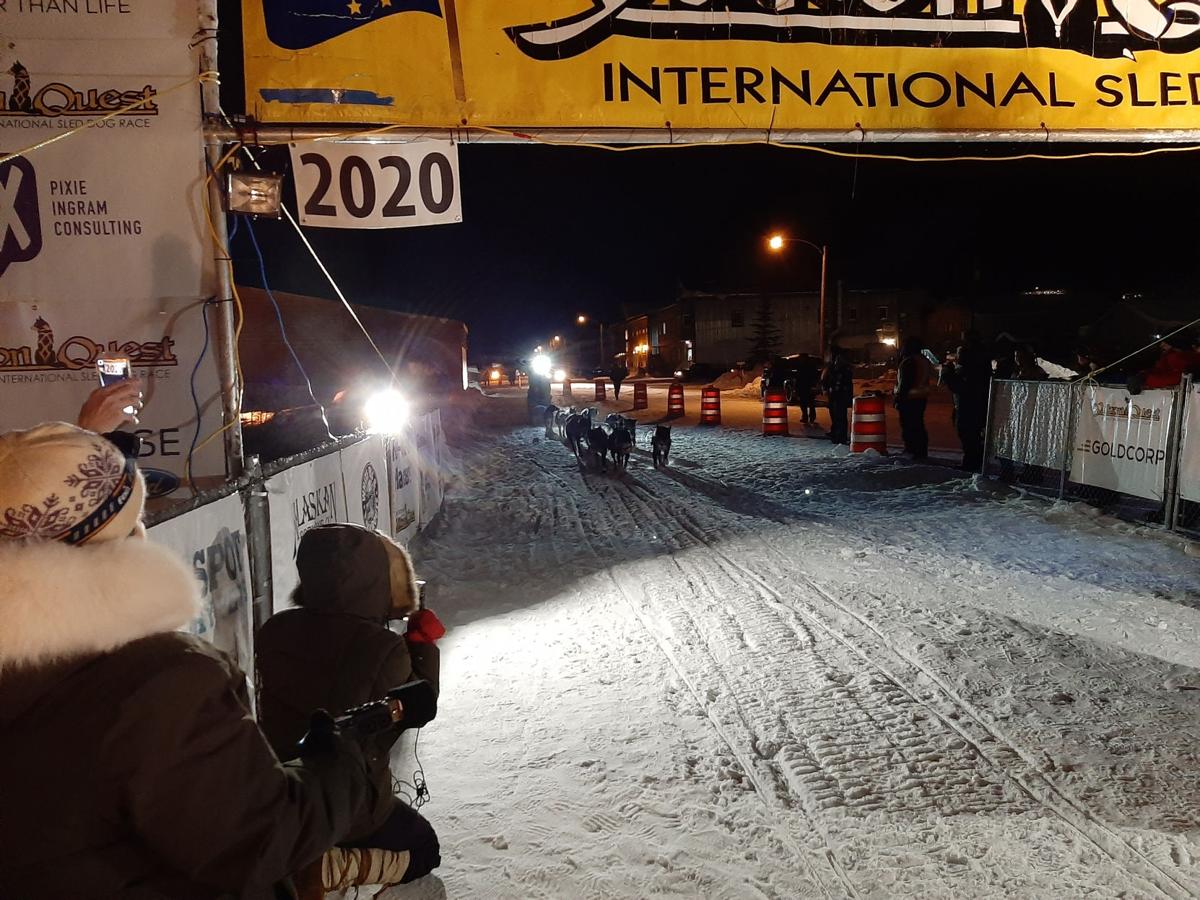 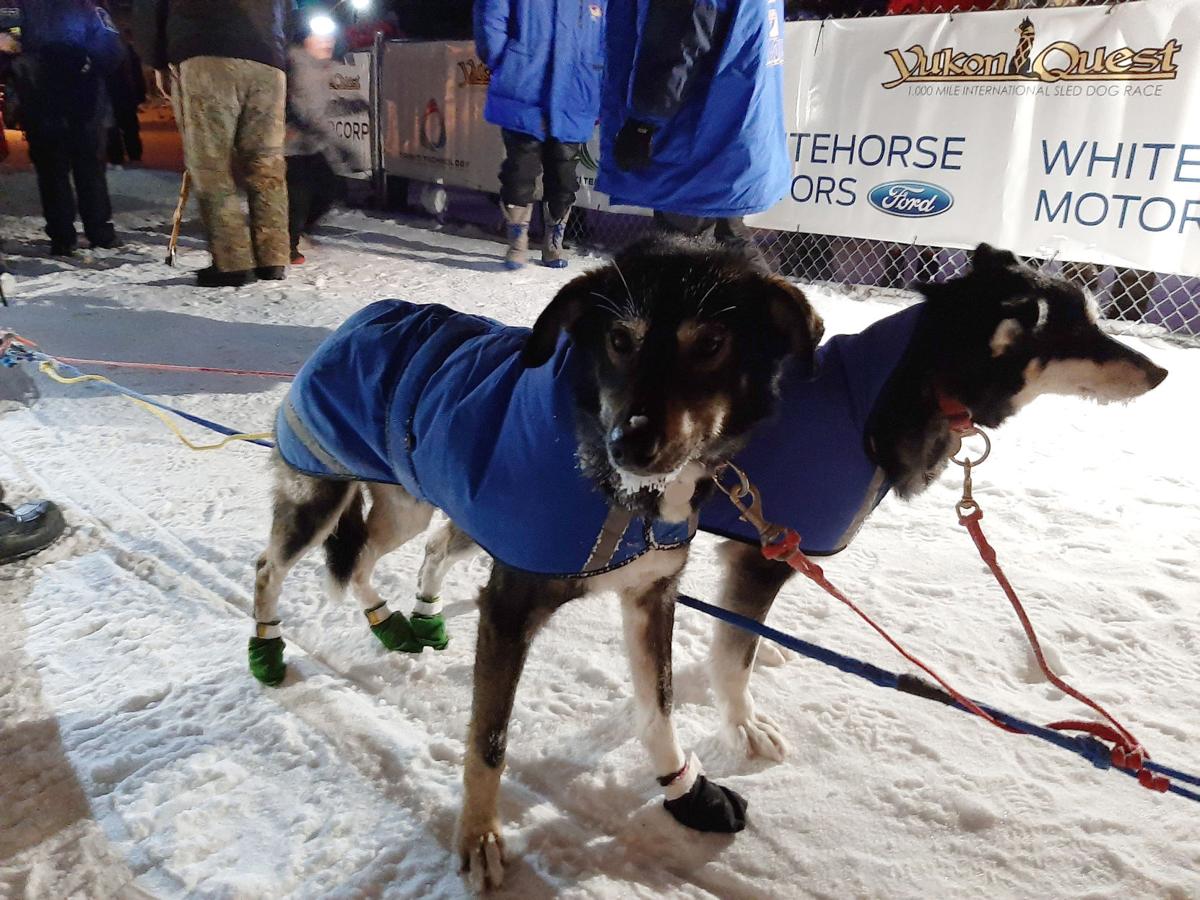 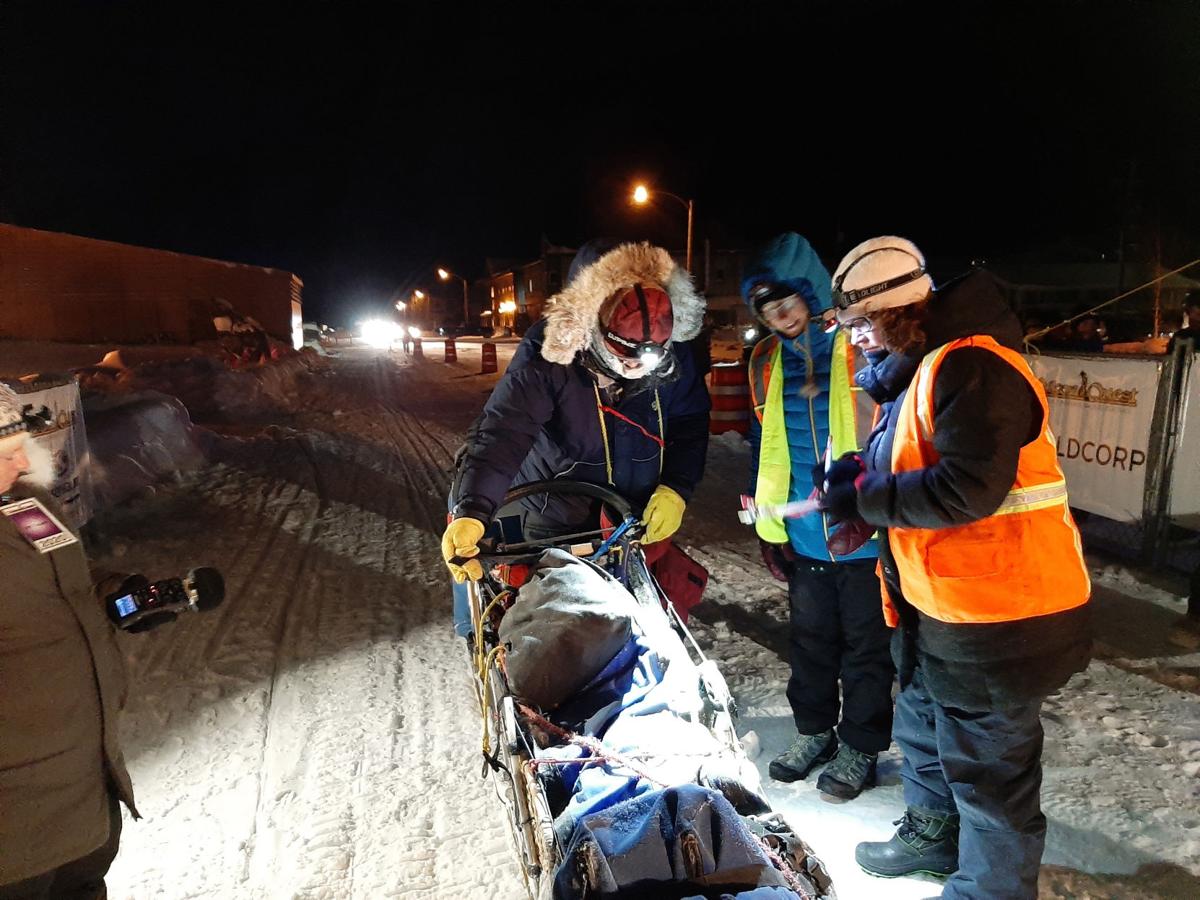 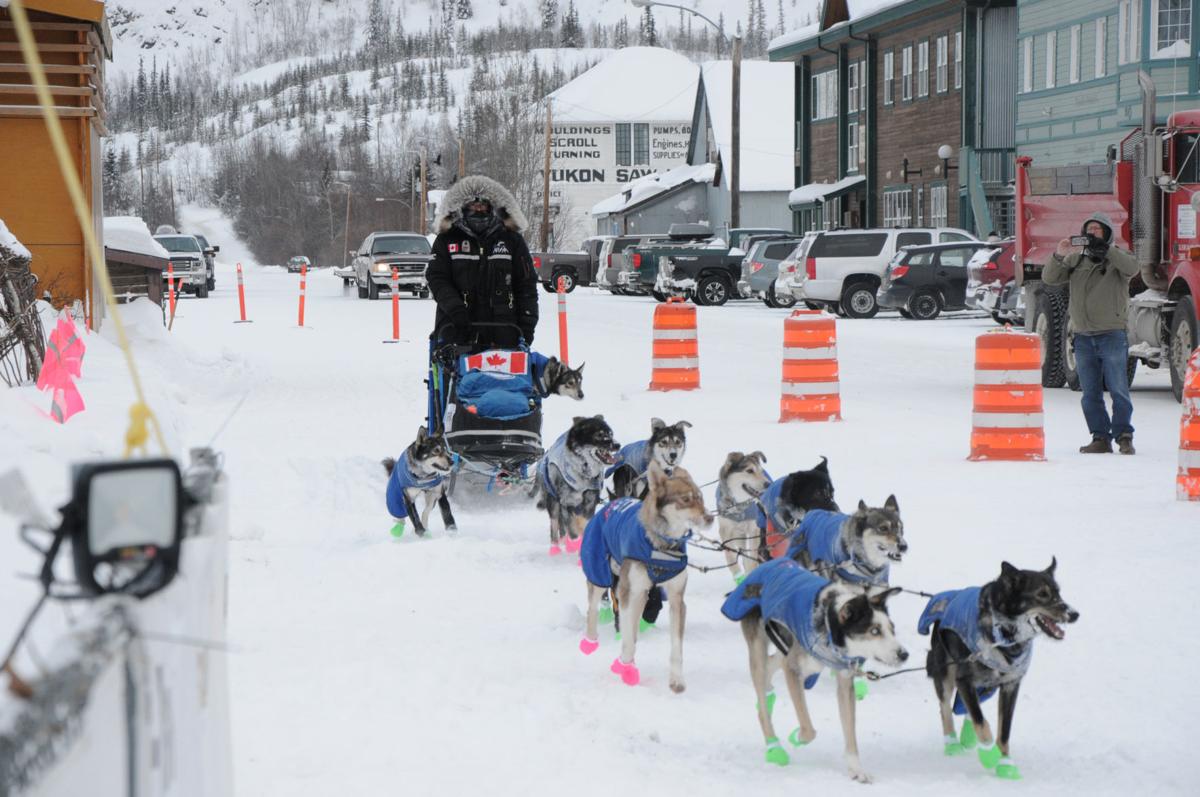 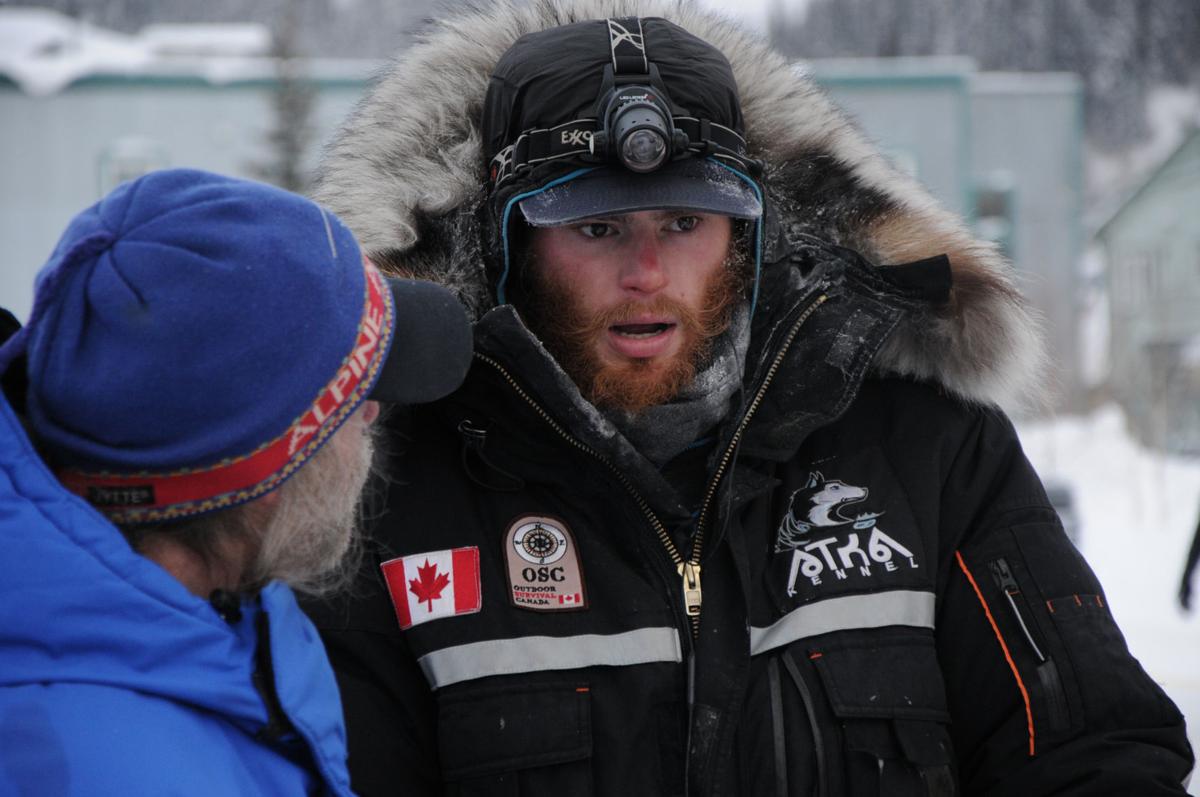 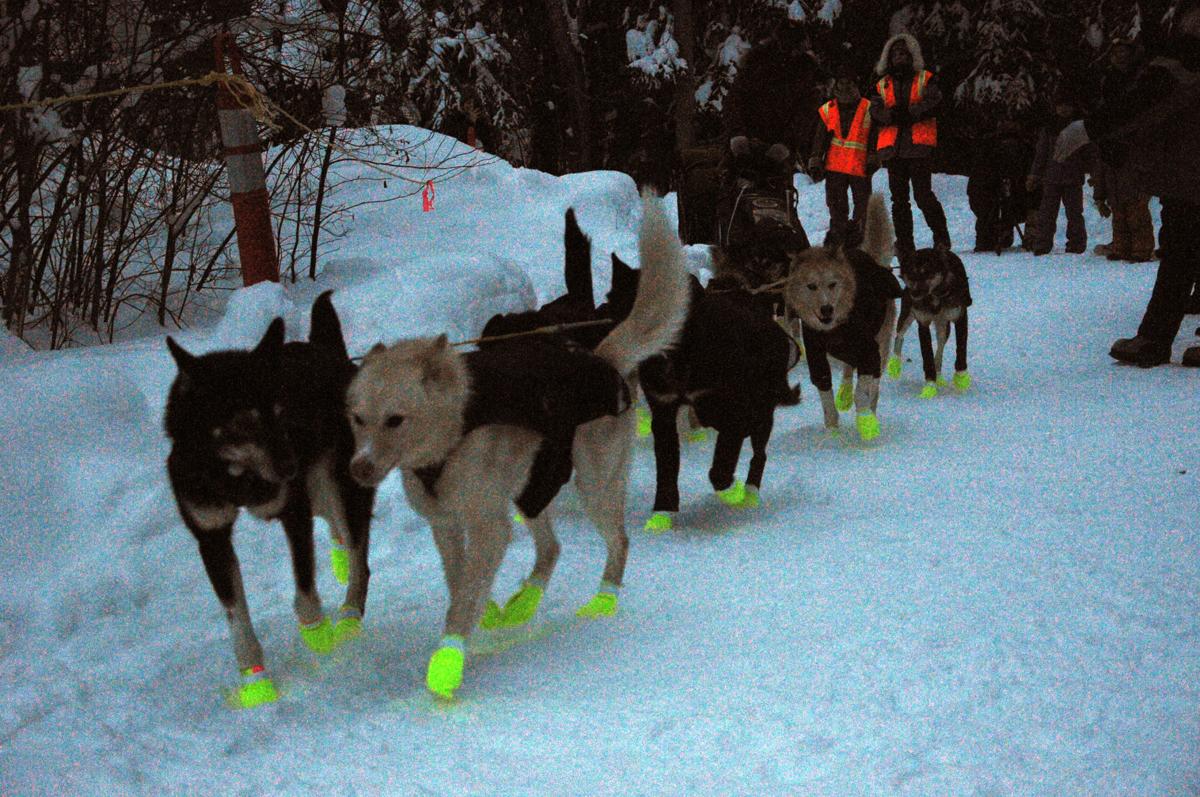 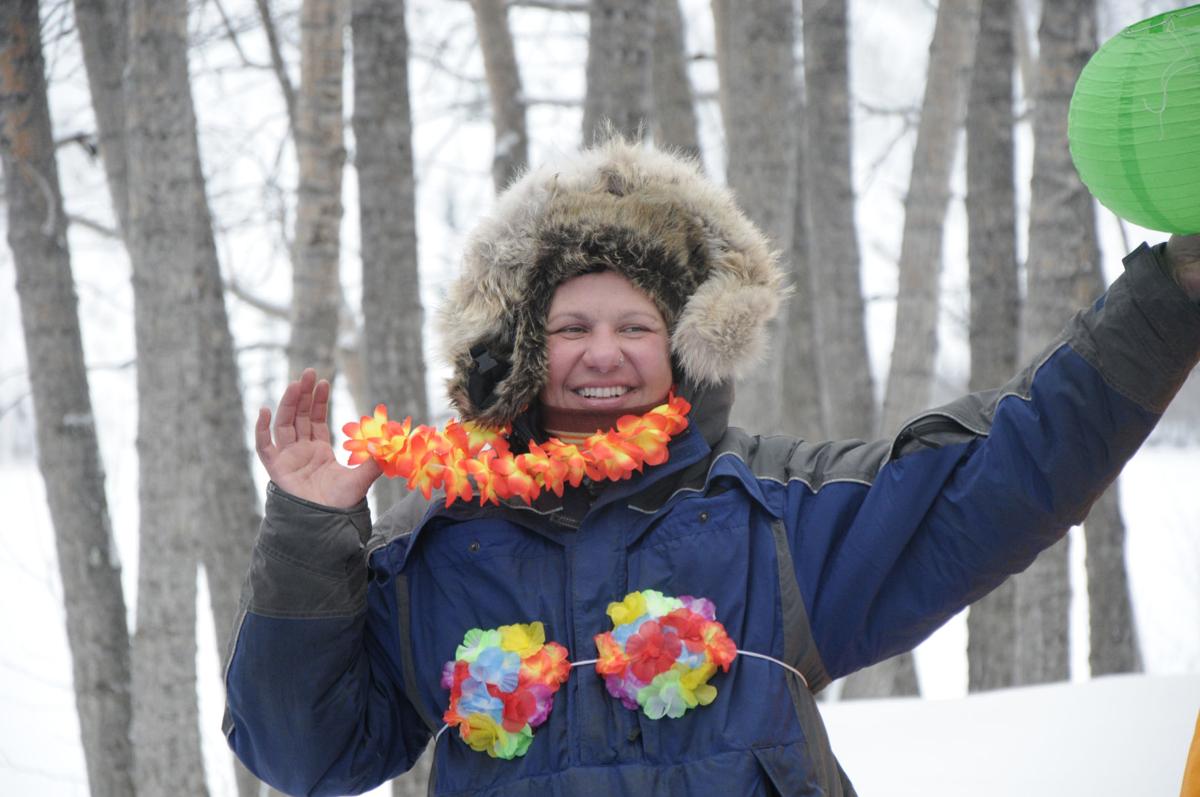 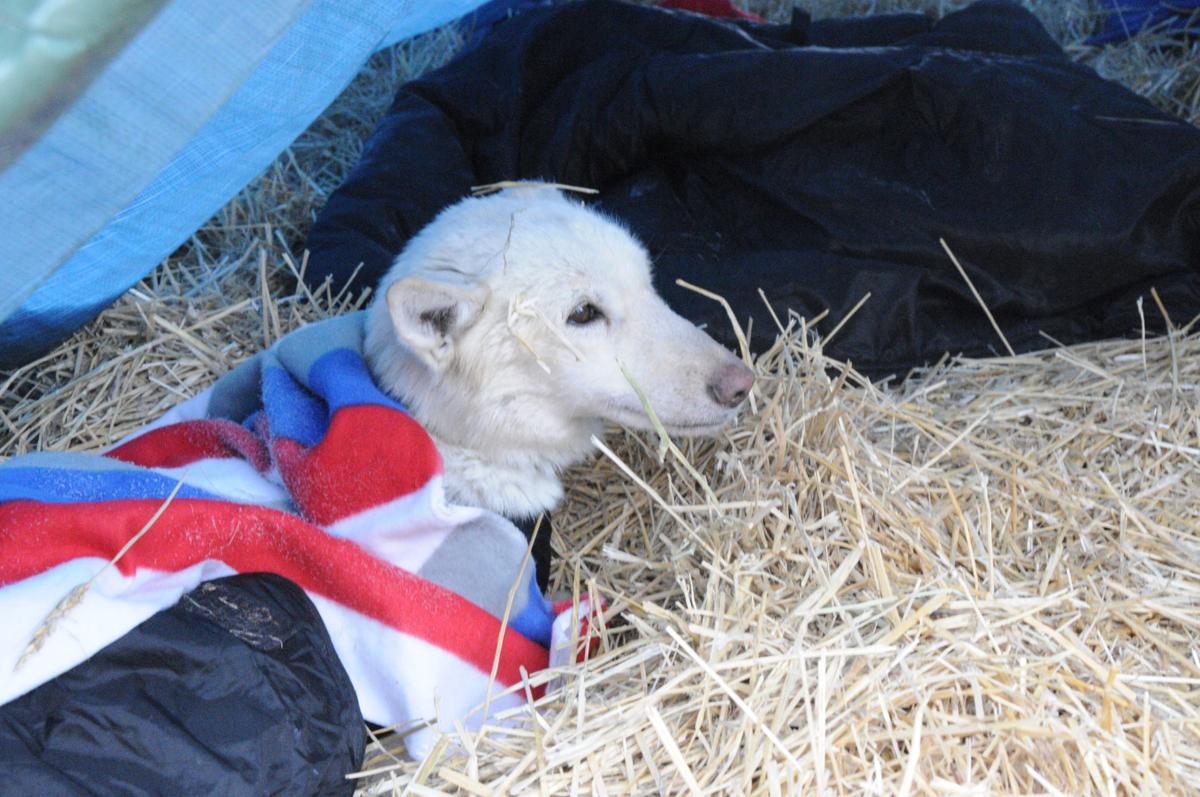 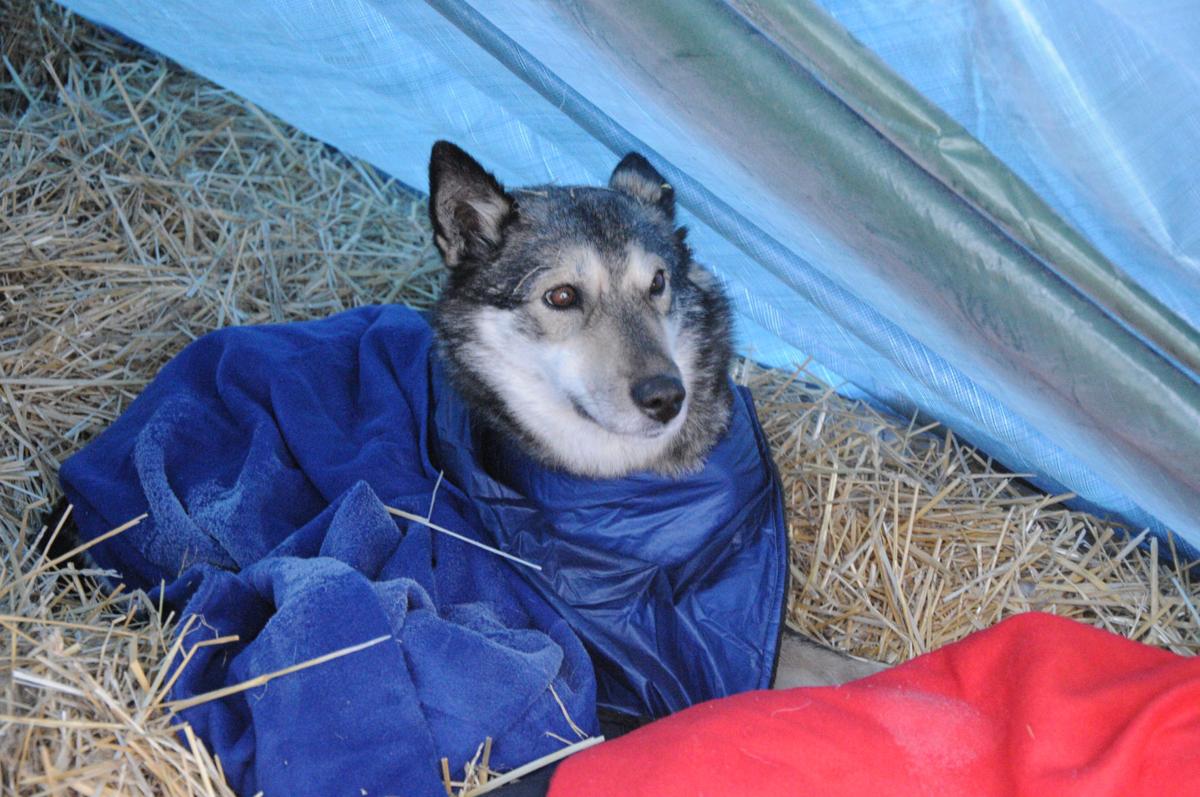 By Saturday morning, all 13 of the mushers in the Yukon Quest International Sled Dog Race had made it into the halfway checkpoint at Dawson City and the front-runners were on their way to Whitehorse.

Several mushers made it in Friday afternoon, with the final two mushers arriving early Saturday. Chase Tingle checked in just after midnight and Olivia Shank-Neff arrived at 4:45 a.m. Yukon time.

“The run in was pretty horrible,” he said. “The river has been horrible the whole way. It was two-miles of slog; it was slow. You start to get some speed then you just hit the fresh snow again.”

Cooke, who has a kennel of Siberian huskies, arrived with all 14 dogs and said it was the first time he had arrived in Dawson with a full team.

“I’m really pleased,” he said. “They are all really happy and seem motivated.”

He hopes everyone following the race is enjoying the 37th Yukon Quest.

“Thanks for following the Yukon Quest I hope it’s an entertaining race this year, I know it’s a small field,” he said. “It sounds like it is a really good race up front and the teams are moving well behind.”

Pat Noddin arrived in the afternoon but chose to take his team straight to the dog yard and declined comment.

At 5:43 p.m., defending champion Brent Sass, who was the first into Dawson, headed back onto the trail to begin the long journey to Pelly Crossing.

While the countdown to his departure was ticking away, Sass moved up and down his team giving them cuddles and words of encouragement.

“This is going to be a fun dog team,” Sass said. “I hope the trail treats me well.”

As he departed with 12 dogs from the restart in the dog yard, his handlers called out “Wild and Free,” the name of his kennel.

Michelle Phillips and her team of 12 left just over an hour after Sass. Phillips said she was excited to be heading toward home.

Cody Strathe and three-time champion Allen Moore returned to the trail after midnight and Torsten Kohnert and Ryne Olson departed Saturday morning. Moore still had all 14 dogs on the line.

While the front-runners were headed out, Dave Dalton arrived in Dawson about 9 p.m. The power was out in Dawson, so the full moon was in full effect. A minute before his arrival, the power roared back into life.

Dalton is racing in his 30th Quest and said he will be retiring after this race is over.

His last run into Dawson, he said was a difficult one.

“Between the cold and the wind, it was a long journey,” he said.

Dalton said he was unaware that the power was out before arriving.

“I never even knew we lost power,” said Dalton. “I’m always looking for the Dawson lights. It seems like it takes longer and longer to see them. Maybe that was the problem.”

He praised his leader Doc for having a standout performance.

“He was really good,” Dalton said. “He ran us in all the way from the border.”

With so much experience on the Yukon Quest trail, Dalton compared his 30th race to previous ones.

“It seems like it’s a tough race for me this year,” he said. “With the cold, my fingertips are getting cracked up and the wear and tear on my body, I’m noticing it.”

Dalton said he is hoping it will be a little bit warmer on the Yukon side of the border.

Chase Tingle arrived at the checkpoint shortly after midnight. He said the trail so far has had a little bit of everything, and that having now seen it both ways in his two races, American Summit is nicer to tackle in the daylight.

Mushers were briefed on Friday at the Dawson City checkpoint on the trail conditions for the second half of the 37th Yukon Quest. The trail report was provided by Ranger Sgt. John Mitchell, exercise coordinator of the four patrols of Canadian Rangers responsible for establishing and monitoring trail on the Canadian side.

When mushers spoke of slow conditions on the trail, Mitchell said he expects the trail to be only slightly quicker on the Yukon side of the border.

“I think it will be a bit faster,” Mitchell said. “We did have a hell of a time with the weather conditions. Basically, lots of snow broke trail out to go to work, broke trail in to go to work. We had to break three times and we couldn’t keep the trail in.”

He said there aren’t many problem areas on the Canadian side.

“Amazingly, it’s not too many trouble spots,” Mitchell said. “We got deep snow but I think it will be fine for the mushers. The Black Hills were miserable, it took us 12 hours to get from Scroggie to Dawson and it usually takes us six.

“South of there everything is pretty good except at McCabe Creek. The regular crossing under the bridge has three feet of water so they’ll have to cross over the highway.”

After Braeburn, he said there are only two spots they are keeping an eye on.

When it comes to maintaining the trail, Mitchell said there is only one constant.

“The only thing constant about a trail is change,” he said. “That’s just the way it is.”

With the lead teams moving again, Mitchell said the Rangers will travel down trail about 12 hours ahead of the mushers and report any problem areas.