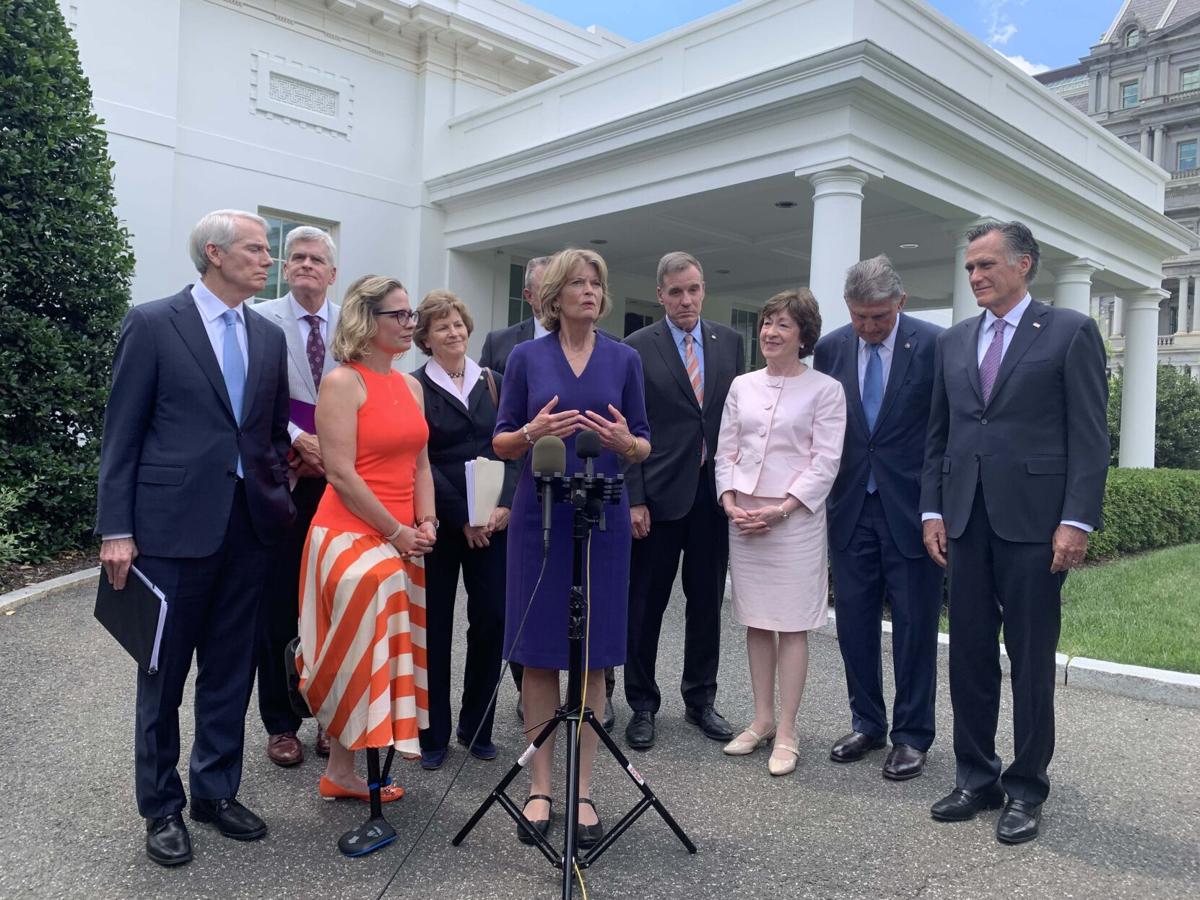 Sen. Lisa Murkowski speaks in August 2021 about the bipartisan efforts in the Senate for the infrastructure package. She was part of a core group of GOP senators shown here who helped to negotiate the package. 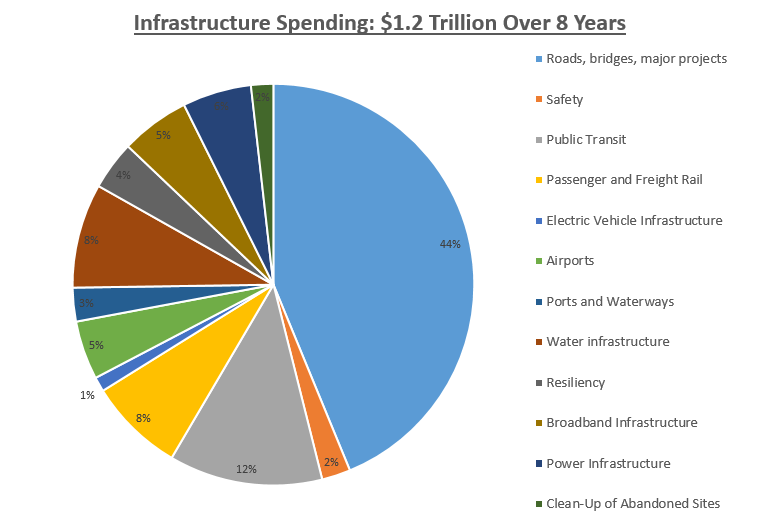 Here is a breakdown of projects that will be funded in the infrastructure package that Congress adopted.

Sen. Lisa Murkowski speaks in August 2021 about the bipartisan efforts in the Senate for the infrastructure package. She was part of a core group of GOP senators shown here who helped to negotiate the package.

Here is a breakdown of projects that will be funded in the infrastructure package that Congress adopted.

Rebuilding infrastructure is not a Republican issue or a Democratic issue. It is an Alaska issue.

U.S. Sen. Lisa Murkowski delivered that message Wednesday in a press conference on the projects for Alaska. Murkowski helped to carry the $1.2 trillion bipartisan infrastructure package that President Biden plans to sign early next week.

She was among a core group of 10 senators — five Republicans and five Democrats — who worked to usher the package through Congress.

Alaska’s three-member Republican delegation backed the legislation, describing it as an investment in roads, bridges, ports and other projects badly needed to keep Alaska and the nation competitive.

“It would be petty to deny policy because you don’t want the person holding the keys to the White House to say they got that [legislation passed] under their watch,” Murkowski said Wednesday afternoon, in answer to a reporter’s question. “What a shame on us for not being willing to put the priorities of our country over the politics.”

She said that detractors “pushing back against the legislation” and saying Republicans should not support it under a Democratic president “have not looked at what it will will do for Alaska.”

The mammoth spending package has billions of dollars in projects for Alaska that Murkowski drafted and helped to carry through Congress. U.S. Sen. Dan Sullivan, a Republican, also voted for the bill.

Murkowski thanked U.S. Rep. Don Young for using his influence to help bring the bill to adoption in the House. Young was one of 13 Republican House members to vote for the bill and enable its final passage.

The bill drew support from both Republicans and Democrats when it passed the Senate in August. However, in the House, GOP supporters have faced a backlash.

The Infrastructure Investment and Jobs Act provides funding to rebuild roads and bridges, pay for sanitation and clean water in communities that lack plumbing, and address major gaps in core infrastructure in Alaska and across the U.S. It also is projected to boost jobs and economies for several years.

After the president signs the bill into law Monday, Murkowski said she would like to plan grant symposiums in Alaska to ensure that agency leaders are positioned to apply for the dollars as they become available to the states.

“This is legacy infrastructure that will be developed over 10 years,” Murkowsi said. “That is why it is not a driver of inflation. We will need to be working with the state and the private sector” to make sure funds flow smoothly to agencies that will deliver the services, she said.