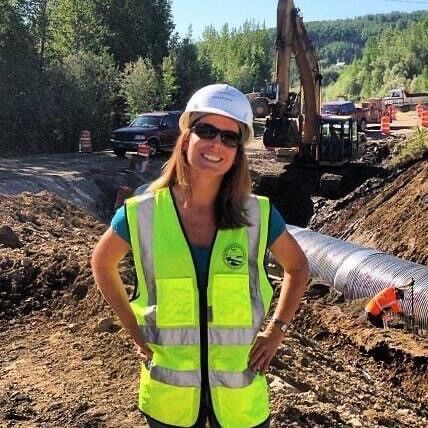 Lifelong Fairbanksan Sarah Schacher, who has worked for DOT for nearly 20 years, was recently awarded the Dr. L.I. Hewes Award from the Western Association of State Highway and Transportation. 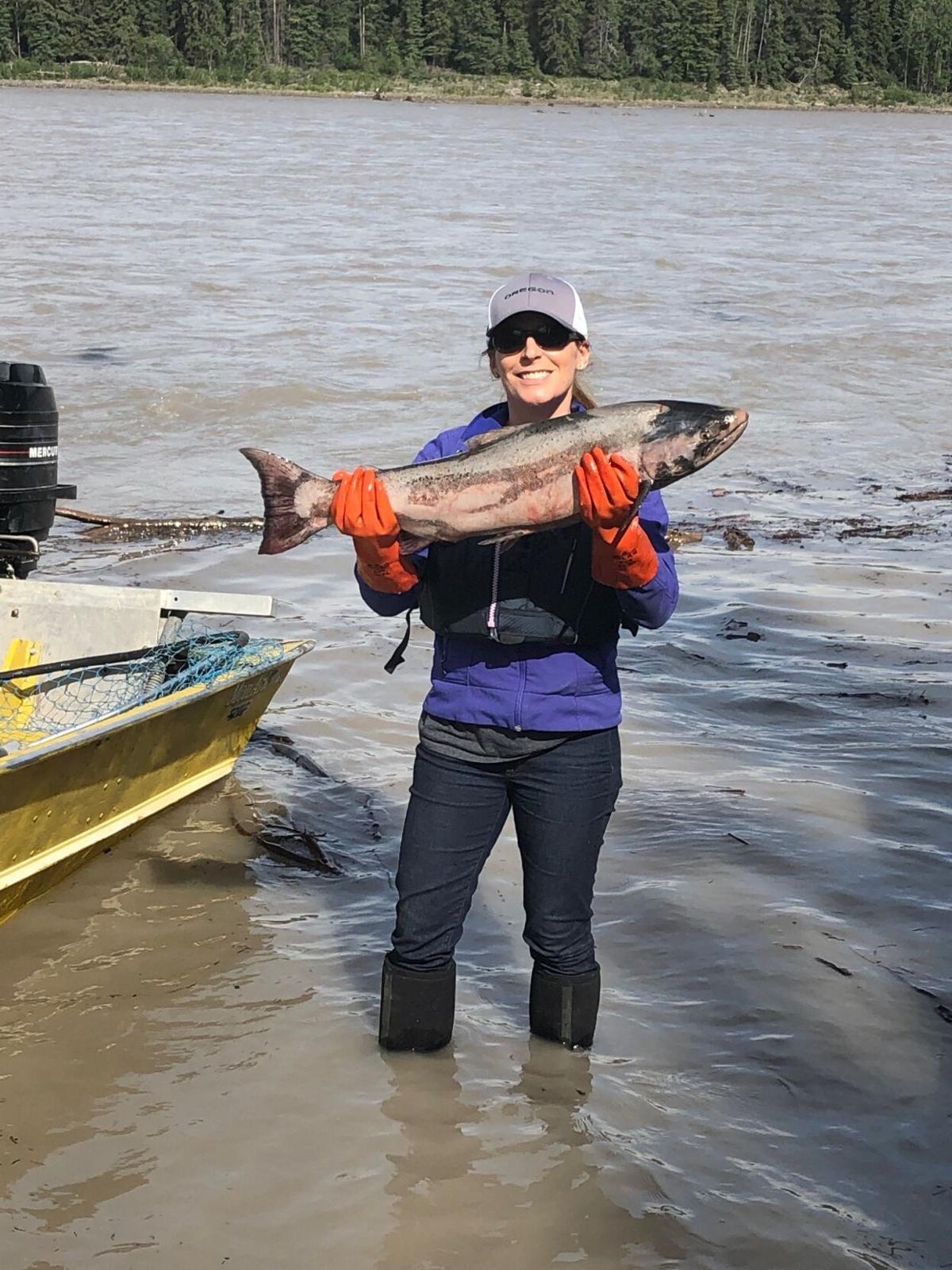 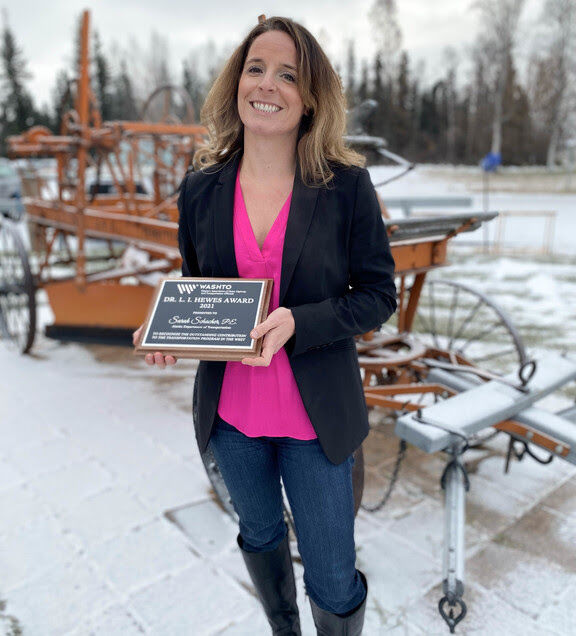 Lifelong Fairbanksan Sarah Schacher, who has worked for DOT for nearly 20 years, was recently awarded the Dr. L.I. Hewes Award from the Western Association of State Highway and Transportation.

Lifelong Fairbanksan Sarah Schacher was recently awarded the Western Highway Association of State Highway and Transportation’s Dr. L.I. Hewes Award. This is the first time in the award’s 70 year history that someone from Fairbanks was selected, and only the third time for an Alaskan, said Schacher, who is a Northern Region preconstruction engineer for the Alaska Department of Transportation.

Schacher, was born and raised in Fairbanks, likes the welcoming nature of the community and enjoys her job because it allows her to contribute to a vital aspect of everyday life: the transportation system. “People know what we do, and that is important,” Schacher said.

She attended North Pole High School and the University of Alaska Fairbanks. After graduating with a civil engineering degree in 2003, she went to work for DOT. Schacher explained the department was the first place that offered her a job after college “and I just haven’t left.” She has held the title of preconstruction engineer since 2016.

Schacher knew early on what career path she wanted to pursue. She was exposed to the field through her dad, who was an engineer, and she enjoyed math, science and problem solving, all of which the job entails. Engineers, Schacher said, are “trained problem solvers.” But there is more to the job that is learned through experience. Specifically, an extremely important aspect of Schacher’s work is communicating with the public.

As a preconstruction engineer, Schacher oversees a $250 million capital program of highway and aviation projects. On a large scale, this means that she is part of developing every road or airport construction project in DOT’s expansive Northern Region. A large part of her work is meeting with the public and legislators to explain project design and to gather input.

Because DOT’s work is extremely public, there can be resistance. “People don’t like change,” Schacher explained, and DOT often faces criticism. Listening to people and understanding where they are coming from is vital for addressing the community’s concerns.

Being open minded to feedback, both positive and negative, “takes time and patience,” as well as vulnerability, Schacher said.

But the public aspect also makes the job rewarding for Schacher. The knowledge that her work matters, even when it is difficult, “gets me out of bed every day.” “Everyone is affected by the transportation system,” Schacher said. From driving to work to the food in the store, roads and runways touch every aspect of everyday life. “That’s very gratifying,” she said.

In rural areas, the importance of the transportation system is even greater. Villages that are not connected to the road system and are entirely dependent on airplanes for everything from food to medevacs. “It’s really rewarding to be a part of that support lifeline for everyone,” said Schacher.

With the Hewes Award, Schacher’s hard work was publicly rewarded. The winner is selected from nominations from 18 western states for their contributions to the state’s highway development program. “I’m so honored,” Schacher said. Her win is particularly impressive because it includes nominees from huge transportation departments such as California and Texas. Receiving the award is also “humbling,” she said, because, “I’m surrounded by so many smart people.”

Outside of work, Schacher enjoys “anything active,” including biking, running and lifting as well as activities that allow her to get outdoors to appreciate Fairbanks summers, such as hiking, fishing, camping and gardening. During the winter, Schacher said, she and her husband like to travel.

Schacher said she likes Fairbanks for its diversity. Fairbanks is accepting, she said, because of kind and community minded people. “Anyone can fit in here, and that’s not true everywhere,” Schacher said.