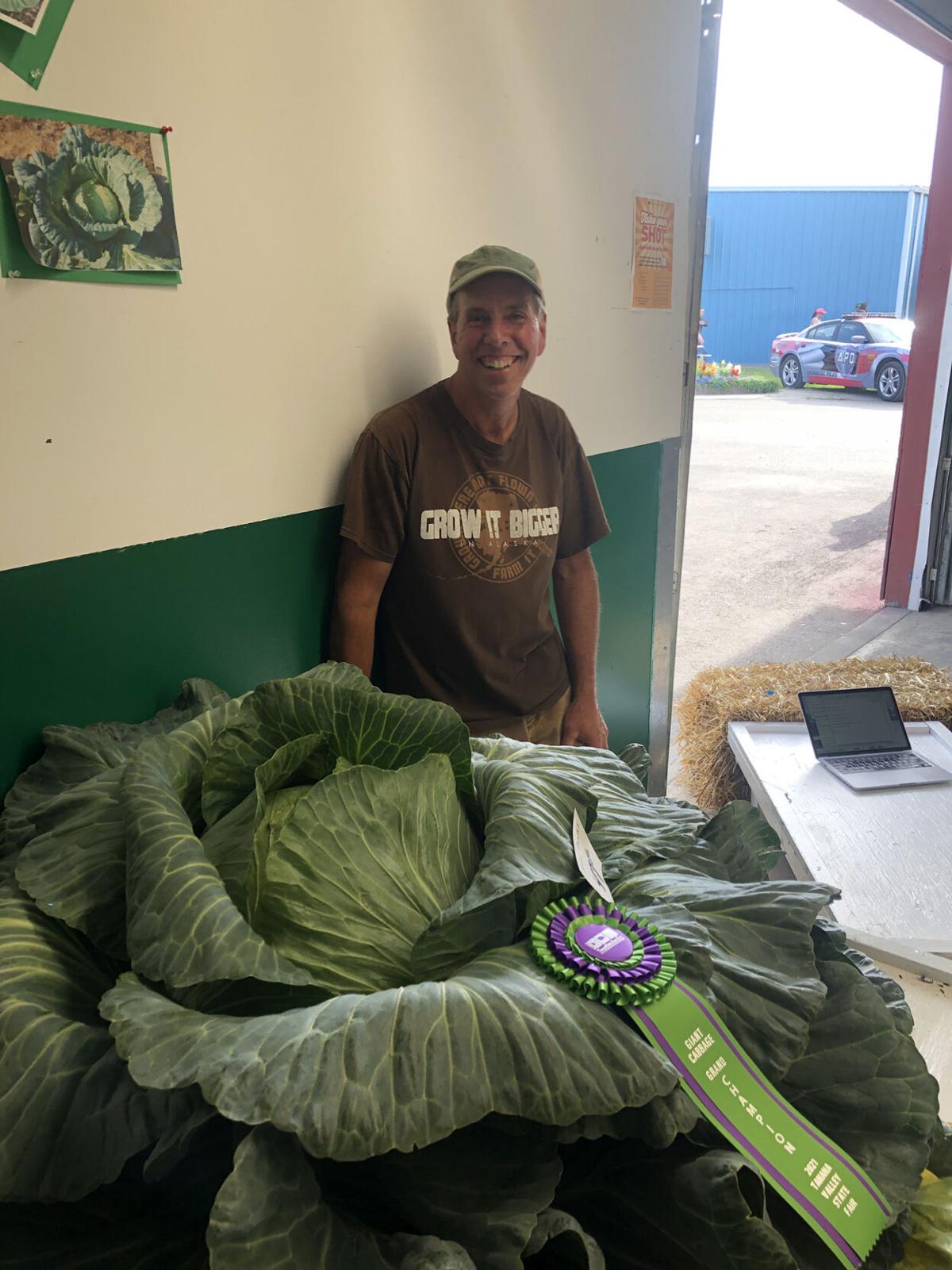 Farmer Brian Shunskis won the giant cabbage contest at the Tanana Valley State Fair on Saturday with a 47-pound from a seed he developed by crossing different cabbages together. He started growing his giant cabbage from seed around April 10. 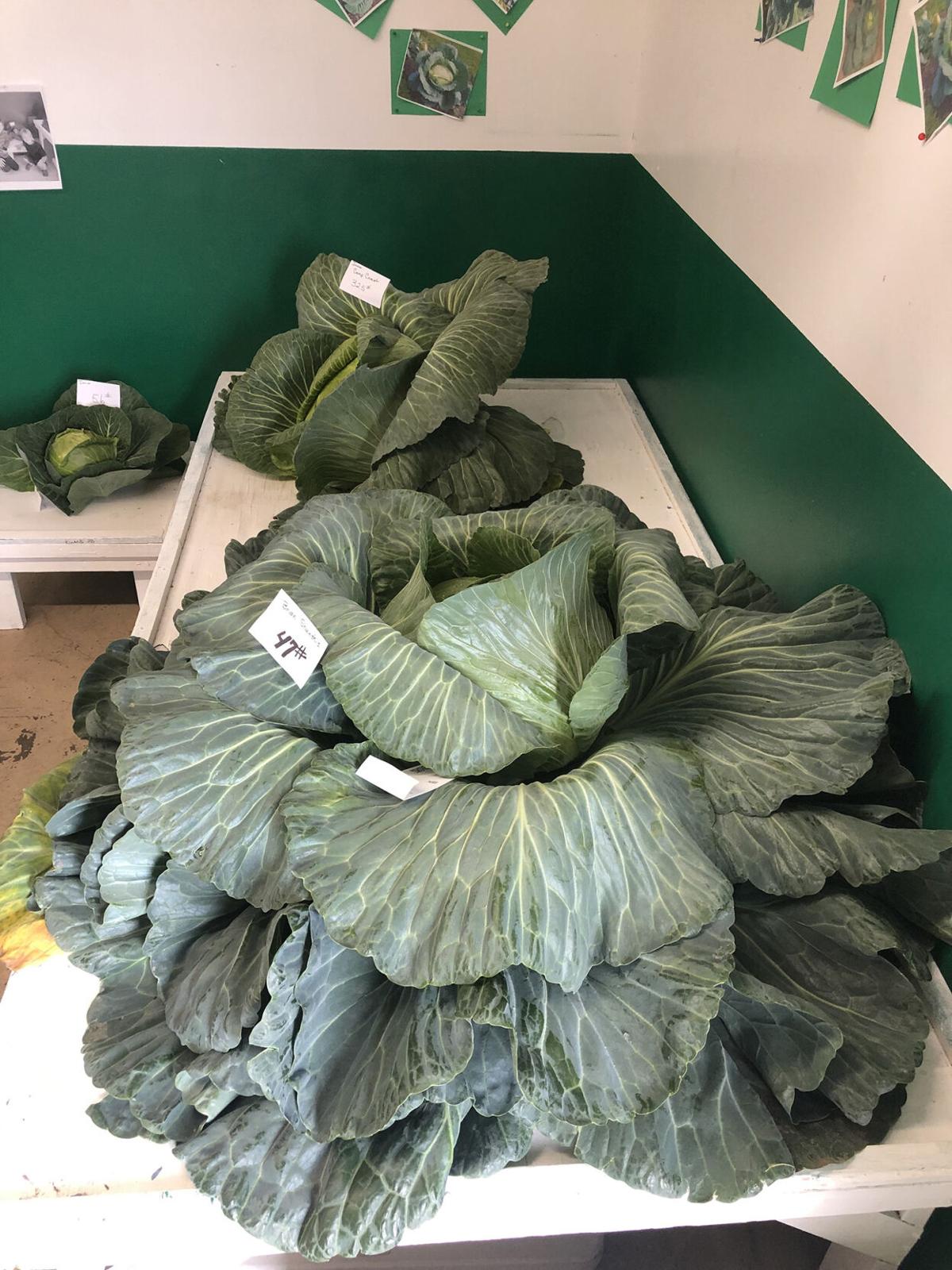 Farmer Brian Shunskis won the giant cabbage contest at the Tanana Valley State Fair on Saturday with a 47-pound from a seed he developed by crossing different cabbages together. He started growing his giant cabbage from seed around April 10.

When Jerame Fenner walked into the Kiwanis Agriculture Hall at the Tanana Valley State Fair and looked at the giant cabbages, he said “That’s like from a horror film. How in the world?”

Fenner, 29, who moved to Fairbanks from Alabama about a month ago, had never seen cabbages so big.

“This right here could feed a village,” he said.

Fenner was referring to the 47-pound grand champion cabbage grown by Salcha farmer Brian Shunskis, who won the giant cabbage contest at the fair on Saturday.

The grand champion in the youth division, weighing 32.5 pounds, was grown by students at the Catholic Schools of Fairbanks. Brothers Iver and Knox Brinkman won second place in the children’s division after running home on Saturday to fetch a 5.6-pound cabbage.

Shunskis crosses different cabbage types to make his own hybrid seeds and enters his cabbage at both the Tanana Valley fair and the Alaska State Fair, held in Palmer, every year. He dreams of someday breaking the world record of 138.25 pounds.

“I’ve been doing my own seed for the last five years,” he said. “I’m in it for the long haul.”

Shunskis, who owns Salmon Run Farm, said he’s been growing cabbage for competition since the early 1990s starting with the O-S Cross variety.

“The cabbage family grows so good here because of the long days,” he said.

This year’s Tanana Valley fair grand champion cabbage was planted from seed around April 10. Shunskis said the biggest mistake a lot of growers make is planting the cabbage seed too early.

The farmer said he has several other cabbages still growing that are about 6 feet wide, and he is hoping that one of them surpasses 100 pounds in the coming weeks before the fair in Palmer.

Shunskis’ personal record is 94.4 pounds. He grew that cabbage in 2012, which he said was a magical year for growing cabbage and the year the world record was set.

“Everybody had big cabbages,” he said.

Shunskis has won the biggest cabbage multiple times at both the Tanana Valley and the Alaska state fairs. He was the only person to enter a cabbage in the adult competition at the Tanana Valley fair this year.

“This is the best place in the world to grow cabbage,” he said.