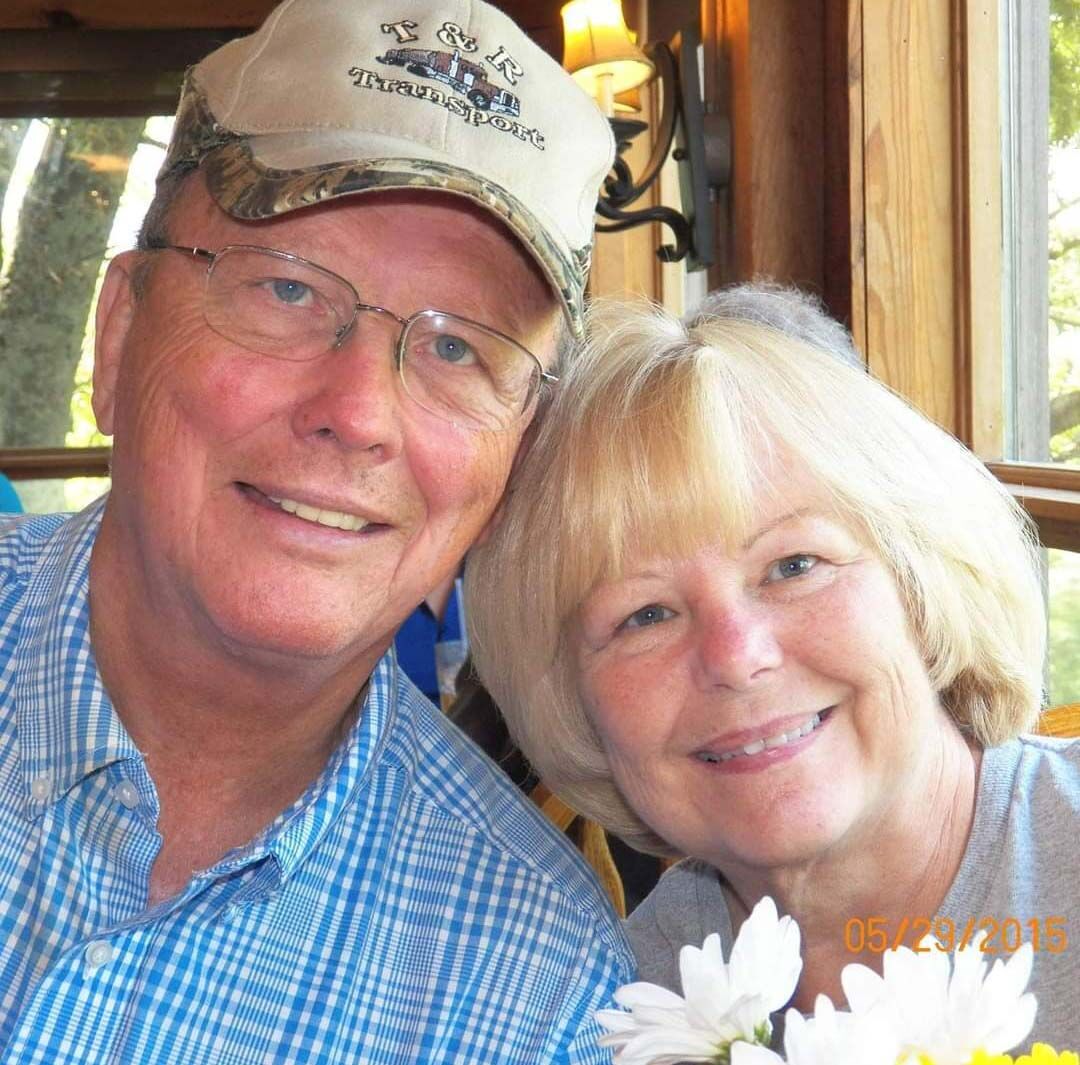 Johnny Lee McCoy, a former North Pole mayor and pastor, died July 10, 2021, of a devastating brain disease that strikes just one in a million Americans each year — Creutzfeldt-Jakob disease. At right is his wife, Patricia. Courtesy McCoy family

Johnny Lee McCoy, a former North Pole mayor and pastor, died July 10, 2021, of a devastating brain disease that strikes just one in a million Americans each year — Creutzfeldt-Jakob disease. At right is his wife, Patricia. Courtesy McCoy family

Johnny Lee McCoy survived multiple heart attacks and a bear mauling that broke both arms and required hundreds of stitches on his neck, head and face.

But the former North Pole mayor was no match for a devastating brain disease that strikes just one in a million Americans each year. McCoy died this summer, two weeks after doctors diagnosed him with Creutzfeldt-Jakob Disease (CJD).

No one is sure how he contracted the brain-wasting disease. It is always fatal.

“My dad had a huge impact on North Pole and was very well known and liked,” said Matthew McCoy, one of three adult sons. “He and my mom were given the key to the city. It was an honor.”

Family members said McCoy’s rock-solid faith enabled him to pull through many hardships that included quadruple bypass surgery and being mauled by a mother bear while he was hunting near the Little Delta River.

“He went through many hours of surgery after the mauling, and when we came to his hospital room, he was sitting up and joking with the nurses,” Matthew McCoy said. “Everything always worked out for him. He would come out on top.”

Public service and faith were important to McCoy, his family said, which meant giving back to the North Pole community and its residents. Johnny Lee McCoy was long-time pastor of the First Baptist Church of North Pole. “He loved each and every member of his flock,” his son said.

A military veteran, McCoy moved to North Pole as a young serviceman in the U.S. Air Force and married Patricia Louise Hughes at the church where he later became minister. “He was a go-getter and he loved people,” Patricia said.

In North Pole, he served as mayor, city councilor and police chaplain. He also was chaplain at Eielson Air Force Base. Patricia was a schoolteacher for 20 years at an elemenatry school on the base. The couple retired to Tennessee in 2012.

“My dad’s faith and service to his country had seen him through a lot. But not this time,” Matthew McCoy said. “We started noticing Dad forgetting things easily and getting confused and lost. He said, ‘Son, one day I woke up and everything was different.’’’

A medical examination revealed a blocked carotid artery. Worried that McCoy had suffered a stroke, doctors ordered an MRI. “His surgeon came into the hospital room and we all thought, ‘OK, it’s gonna be hard but we got this and can get through it.’ Then he dropped the bombshell,” Matthew McCoy said. “My dad’s whole frontal lobe of his brain was gray, dead.”

McCoy’s family is not sure why or how he became ill; his doctors do not know either.

CJD was first recognized a century ago. Medical researchers are still learning about the fatal brain disease.

“One reason that so little is known about the disease is that it is rare,” said Kelly L. Drew, a brain researcher at the University of Alaska Fairbanks.

She noted that: “Time to a cure often depends on the amount of research and resources devoted” to a medical condition. And fewer research dollars go to study rare diseases like CJD than for more common disorders like Alzheimer’s disease, Drew said.

CJD is among a group of human and animal illnesses called prion diseases that lead to dementia and a rapid loss of brain tissue. Tiny holes in the brain give it a spongy appearance upon biopsy after death.

The National Institutes of Health reports there is no evidence that CJD can spread through ordinary person-to-person contact.

Research shows that most cases occur when normal cellular proteins in the brain change rapidly. The abnormal proteins cause nerve cell loss and other brain damage. There is no identifiable trigger, said Dr. Valerie Sim, a CJD specialist and researcher at University of Alberta in Canada.

With so little knowledge about the disease, there are many questions and concerns. “This disease is surrounded by fear, and sometimes scientific reassurance is not enough to get rid of fear,” Sim said at a talk to the Creutzfeldt-Jakob Disease Foundation, which provides resources to families.

People can carry a family risk of CJD through a gene mutation passed from one generation to the next. CJD also can be transmitted by eating contaminated meat from an infected animal. In a small number of cases, people may develop CJD after specific medical procedures.

So how did McCoy become ill? No one is sure about the origin of his disease. The family knows of no diagnosed cases in their family history. “My father never ate raw meat either. He liked his steak well done,” Matthew McCoy said.

Ryan Maddox, a CJD researcher at the U.S. Centers for Disease Control, said the public agency conducts national surveillance, including reviews of death certificates and genetic test results, to gain a better understanding of CJD. “We try to get an accurate picture of what is going on in the nation,” he said.

One difficulty in tracking the culprit for CJD is that the incubation period can last for years, meaning the disease may lurk inside a person for a very long time before the onset of symptoms. At the end of life, patients often can no longer move, speak or swallow, losses that McCoy experienced. There is no cure or treatment that works.

Watching the elder McCoy deteriorate so quickly after he seemed healthy was hard to grasp for family members, who struggle to process what happened. Johnny Lee McCoy, 72, died in early July at his Tennessee home.

The McCoys could have requested an autopsy to examine brain tissue and perhaps reveal further clinical information, but instead they proceeded with his funeral and burial. Family members said they seek a sense of peace and resolution for themselves and their loved one.

“My dad was having seizures at the end,” Matthew McCoy said. “He had tears in his eyes; we could tell he was scared. We let him know we were here for him.”

Patricia McCoy recently leafed through the family Bible to find her husband’s favorite verse from Thessalonians, a passage she now recites for comfort and solace: “For the Lord himself will descend from heaven with a cry of command, with the voice of an archangel, and with the sound of the trumpet of God.”

What to know about Creutzfeldt-Jakob Disease

Here are quick facts on Creutzfeldt-Jakob Disease (CJD), a rare brain disease that is always fatal.