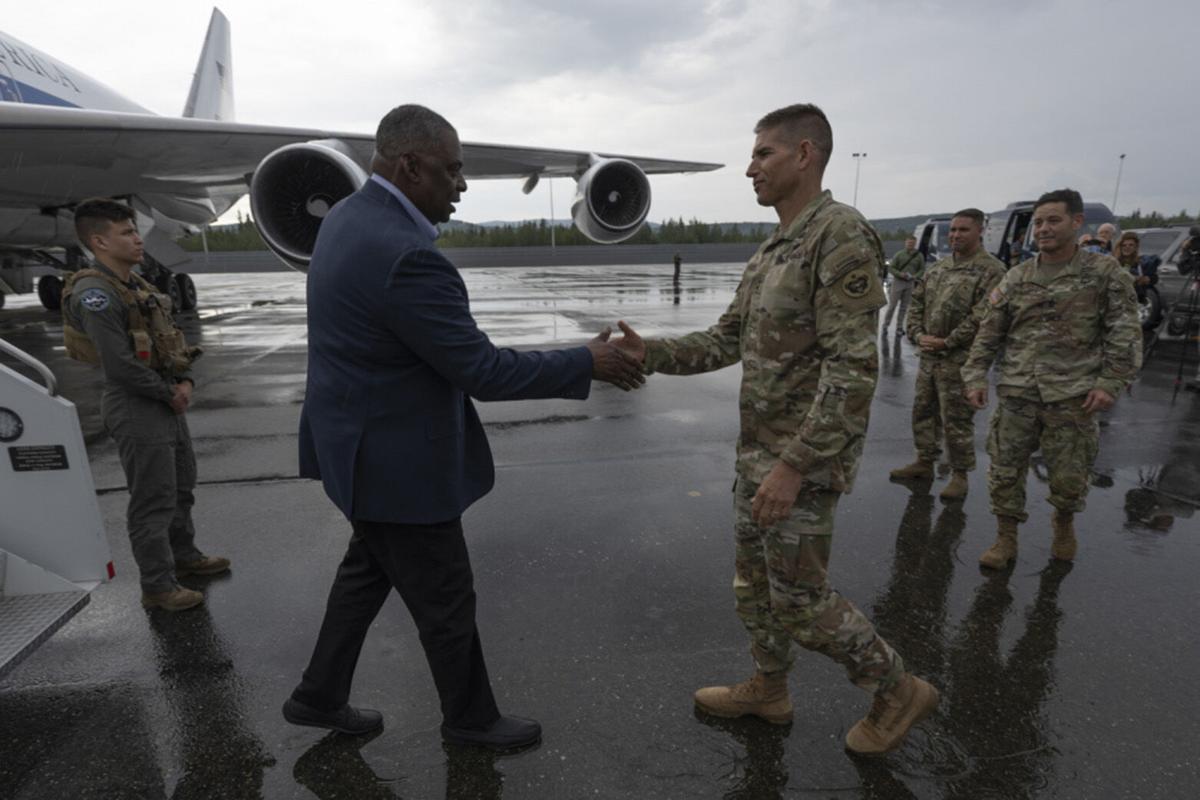 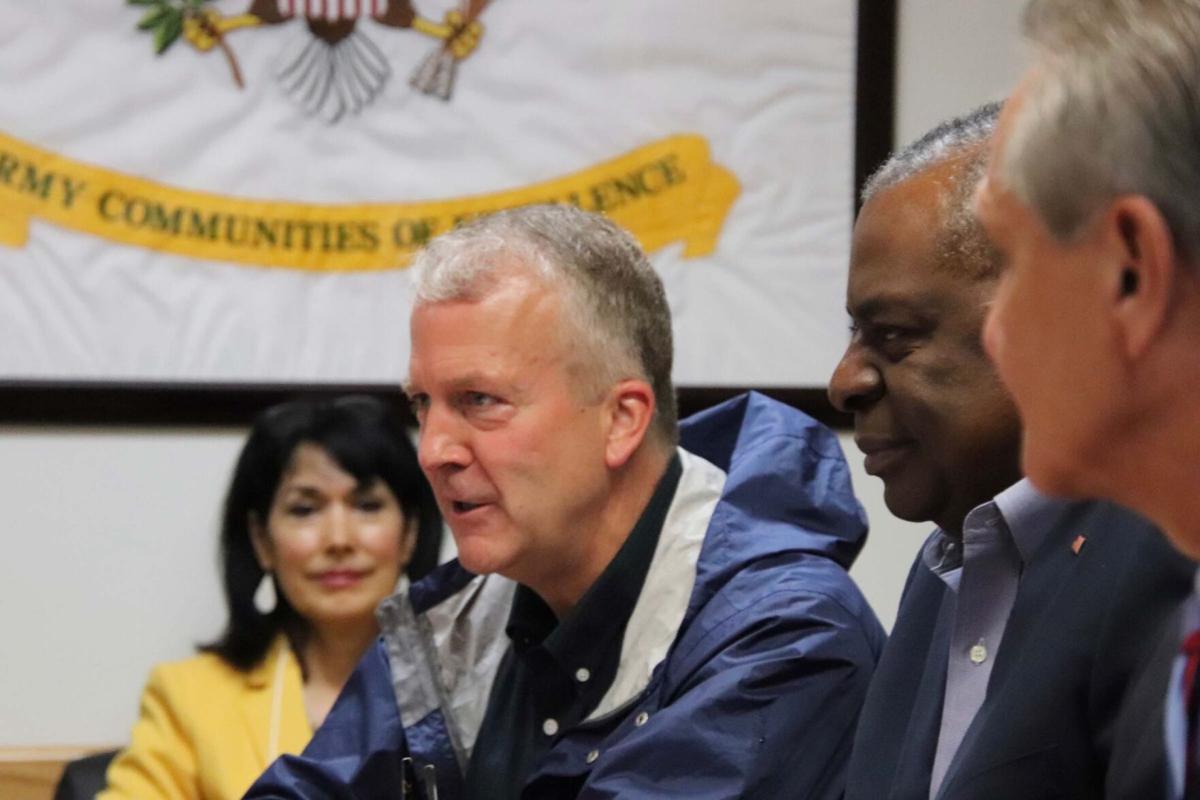 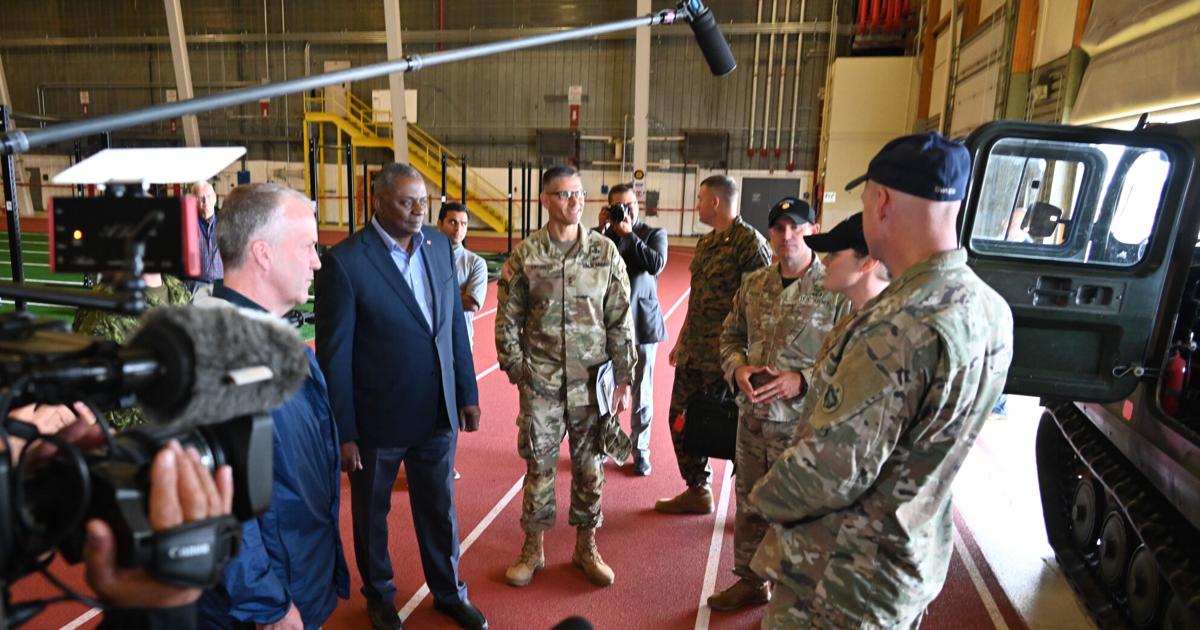 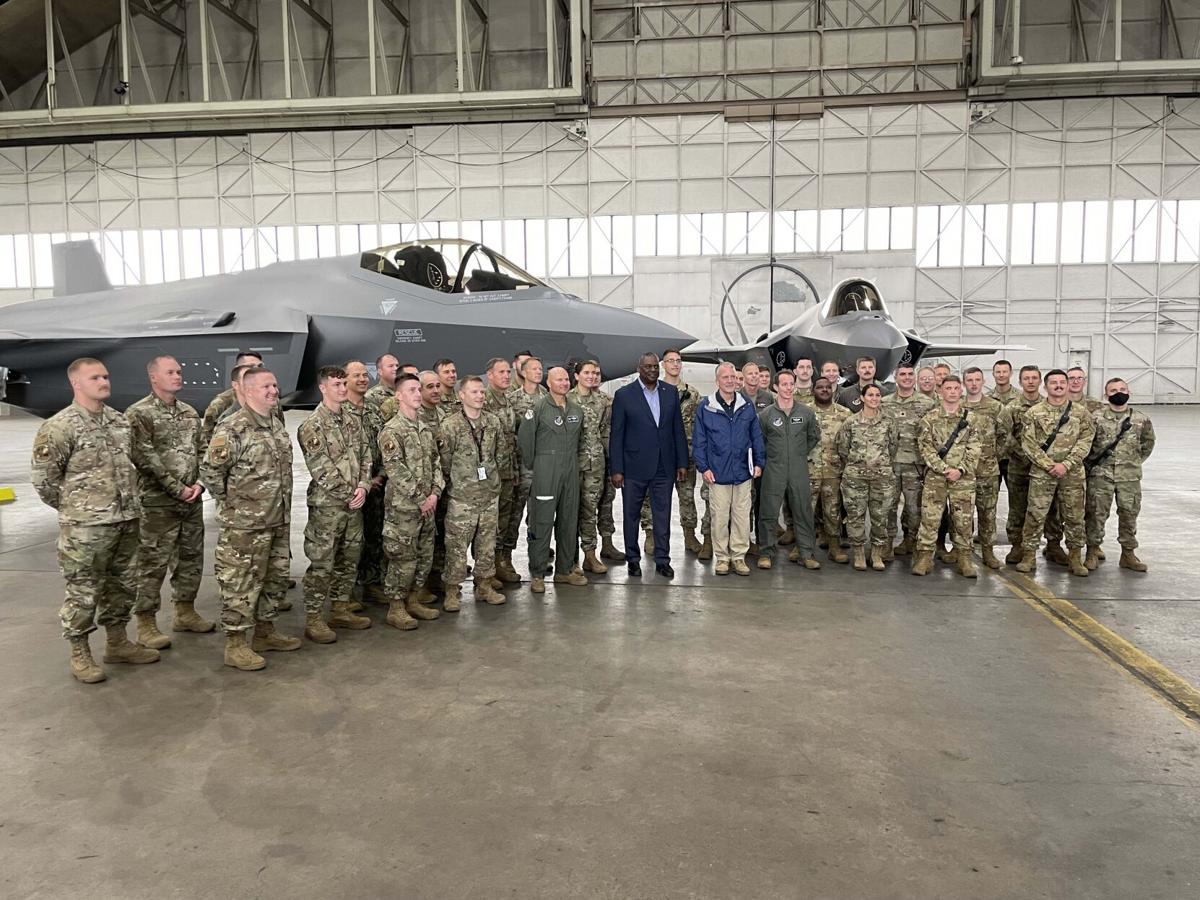 Secretary of Defense Austin Lloyd III, center left, and Sen. Dan Sullivan, center right, pose with airmen Saturday, July 24, 2021, during a visit to Eielson Air Force Base. The secretary of defense stopped in Interior Alaska to tour Fort Wainwright and Eielson while he was traveling to Asia. 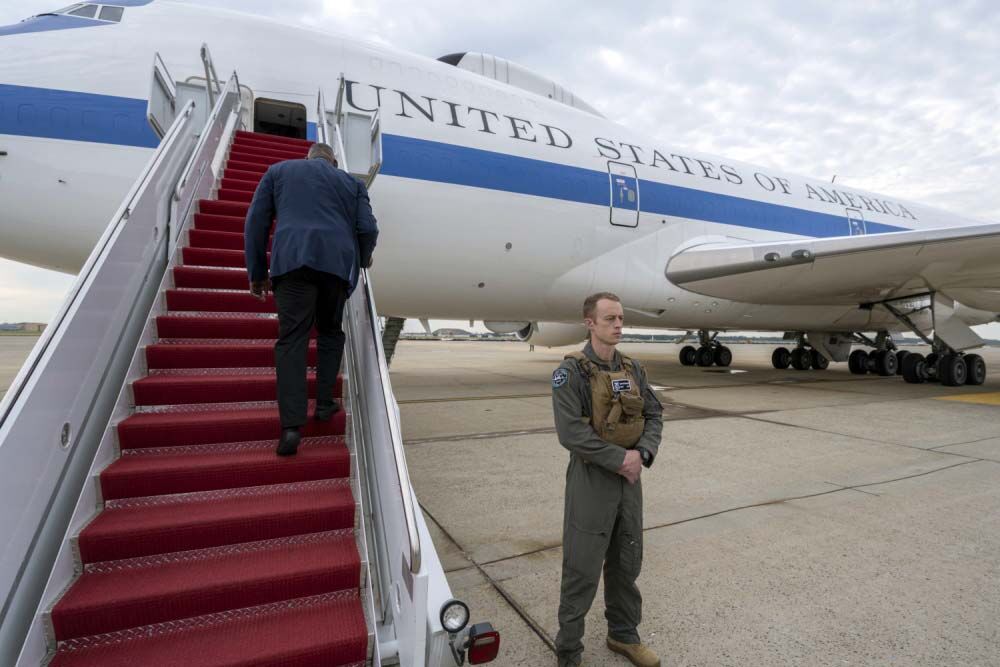 Secretary of Defense Austin Lloyd III, center left, and Sen. Dan Sullivan, center right, pose with airmen Saturday, July 24, 2021, during a visit to Eielson Air Force Base. The secretary of defense stopped in Interior Alaska to tour Fort Wainwright and Eielson while he was traveling to Asia.

Defense Secretary Lloyd Austin, on a tour of Alaska military bases, addressed the high suicide rate among enlisted members stationed in Alaska and at bases across the nation. He emphasized the need for service members to connect with resources and get help.

“One loss by suicide is too many,” said Austin, speaking to military leaders at Eielson Air Force Base in Fairbanks. “I am deeply concerned about the suicide rates not only here but across the force. While we are working hard on this problem, we have a lot more to do.”

Austin offered a message to the enlisted men and women in Alaska: “If you are hurting, there are resources available. I know our leaders here are committed to making those resources even more accessible and available.”

The defense secretary spoke during a daylong tour and briefings Saturday at Eielson and Fort Wainwright Army Base. The defense secretary, accompanied by Sen. Dan Sullivan, was in greater Fairbanks before leaving Sunday for a multi-day trip to the Indo-Pacific region.

Austin highlighted Alaska’s military readiness and the importance of Arctic security. He also spent several minutes at the end of his speech to talk about the mental health of “our people.”

“Mental health is health, period,” Austin said. “We have to approach it with the same energy we apply to any health issue — with compassion, professionalism and resources.”

The suicide rate among Alaska soldiers is more than three times higher than the general population, according to a USA Today investigative report. In the first fives months of 2021, six soldiers stationed in Alaska died by suicide.

Austin underscored the need for individuals to know they can get help and to access care. “My first priority is to defend this nation, and I have seen a lot of things today that help to accomplish that goal,” he said. “But the key to achieving it is taking care of our people, taking care of each other.”

“That was one of my messages to the men and women I spoke with today,” he concluded. “We need to look out for one another, as I promised I would be looking out after them in every way possible.”