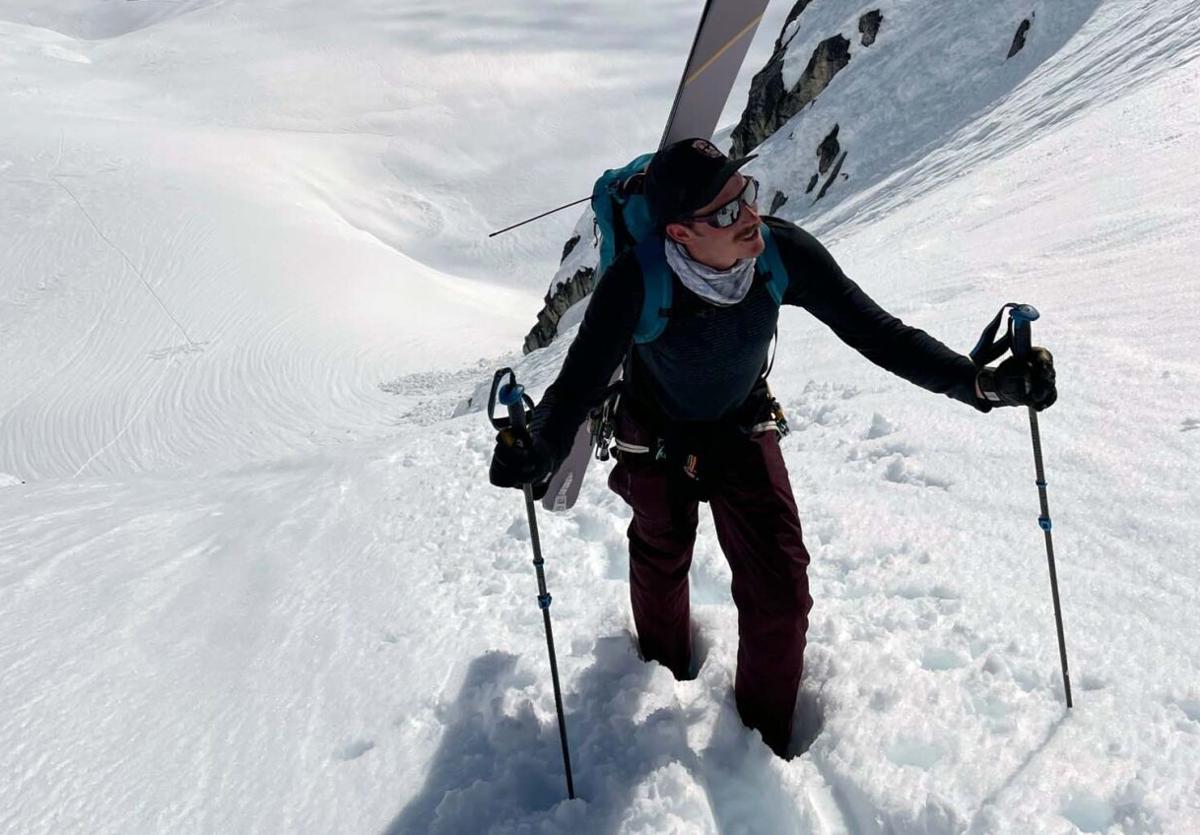 Mason Stansfield, an experienced skier and guide, died Monday in Denali National Park after falling into a crevasse while skiing. He's seen here in the Alaska Range earlier this season. 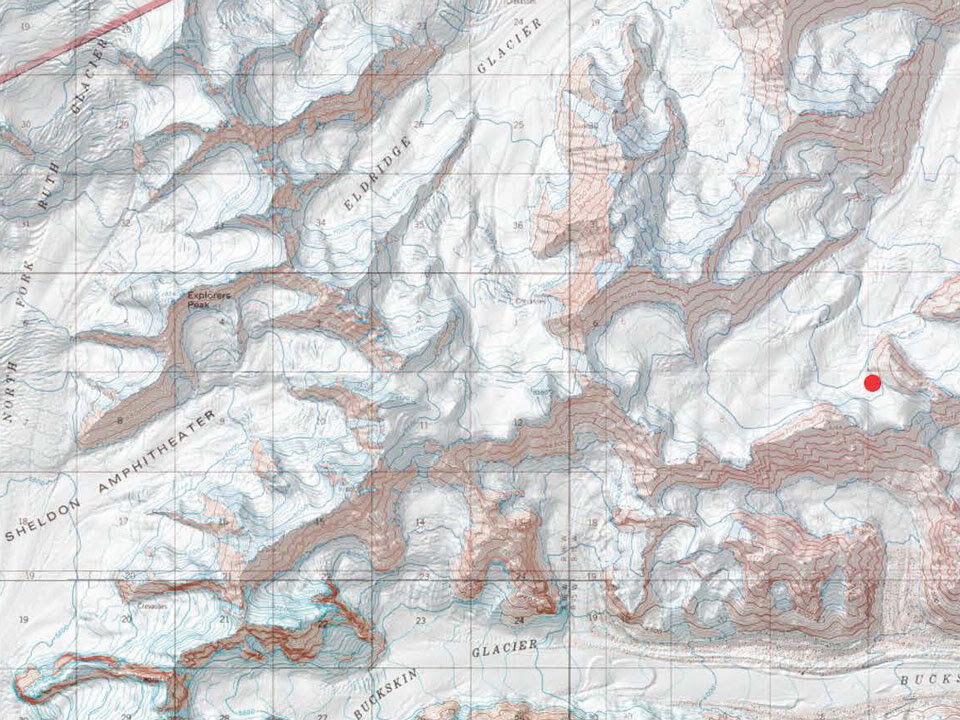 The red dot indicates the approximate area of the accident. For reference, the summit of Denali is about twenty miles west of the incident.

Mason Stansfield, an experienced skier and guide, died Monday in Denali National Park after falling into a crevasse while skiing. He's seen here in the Alaska Range earlier this season.

The red dot indicates the approximate area of the accident. For reference, the summit of Denali is about twenty miles west of the incident.

A Colorado man died Monday after falling into a crevasse in Eldridge Glacier in the southeast corner of Denali National Park and Preserve.

Denali mountaineering rangers received a satellite communication at 3:30 p.m. Monday reporting that a skier — 28-year-old Mason Stansfield — had fallen into the crevasse. Stansfield’s partner was unable to see him or communicate with him and requested help from rangers, according to a park news release.

Denali's high-altitude helicopter with a pilot and two rangers left from Talkeetna State Airport within 30 minutes of receiving a request for help. The helicopter flew directly to the GPS coordinates where the pair was located on the south spur of Eldridge Glacier. The terrain at the site was gently sloping at an elevation of just under 8,000 feet about 20 miles east of the summit of Denali.

Two rangers were dropped off at the site, and the helicopter returned to Talkeetna to pick up two more rescuers. One of the rangers was lowered into the crevasse. The ranger reached Stansfield about 100 feet down and confirmed he had died in the fall. His body was recovered later Monday evening.

Stansfield's partner was uninjured and flown back to Talkeetna. Park officials have not released her name.

Stansfield was an experienced skier and mountaineering guide from Ouray, Colorado. He has been traveling to Denali for at least four years, guiding trips and exploring on his own, according to his coworker and friend, Bill Allen.

“He just loved skiing in the big mountains — and climbing too,” Allen said. “Part of what attracted him to Alaska was the wilderness of the state.”

“He was a Western boy,” he said. “He would take his ski boots off and put his cowboy boots on.”

A week before going to Denali, Stansfield returned from guiding a trip at Pika Glacier in the Alaska Range, Allen said. “He was one of our lead guides.”

Both Stansfield and his partner were experienced in traveling on glaciated terrain, Maureen Gualtieri, public affairs officer at the park, wrote in an email to the News-Miner.

“They had the appropriate gear, including a two-way communication device which was critical in the timely response," she said.

Gualtieri explained that while the conditions and the weather was good — clear, relatively calm — at the time of the accident, “hidden crevasses are always a hazard.”

Park rangers recommend to travel roped on glaciated terrain to mitigate crevasse danger, but “due to the very nature of ski mountaineering,” skiers need to be un-roped at times, Gualtieri wrote.

Allen said this is exactly what happened in Stansfield’s case.

“All I know is that he was skiing and un-roped which is typical for the sport,” Allen said.

Gualtieri said that despite the weather conditions and skiers’ experience, “there are always inherent risks to ski mountaineering on large Alaska glaciers.”