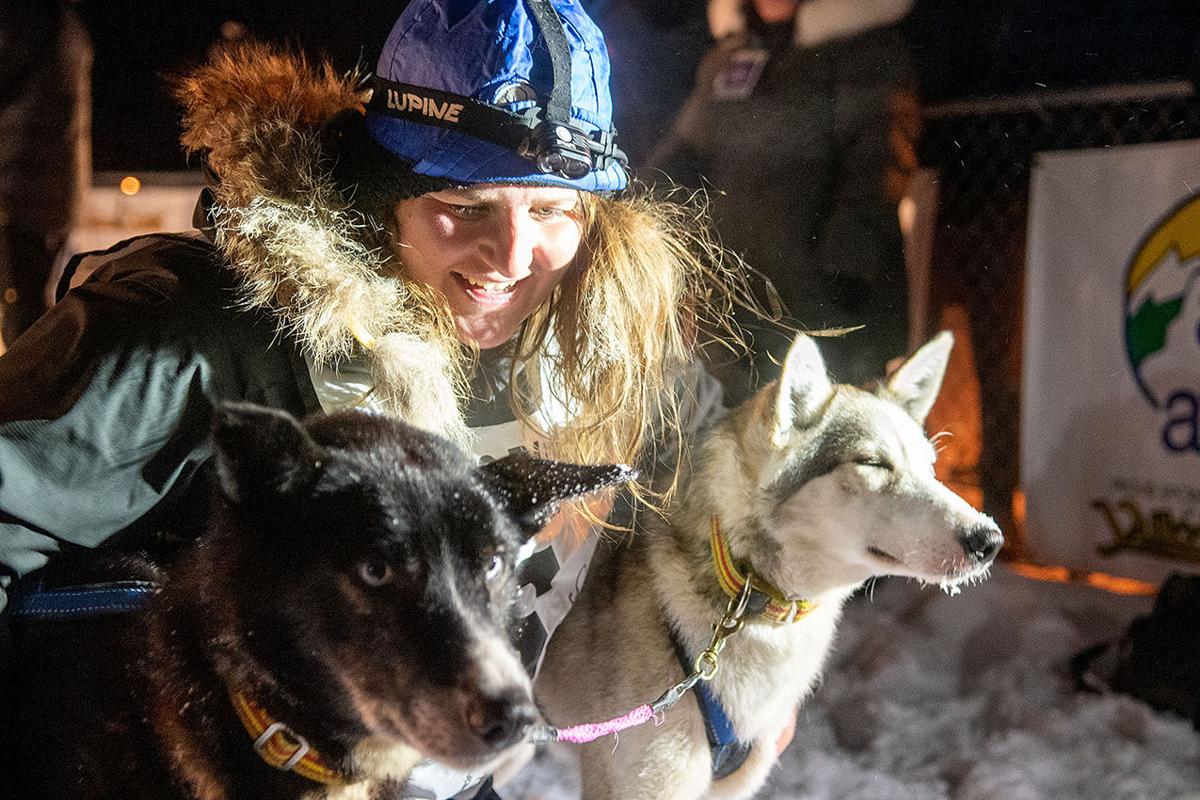 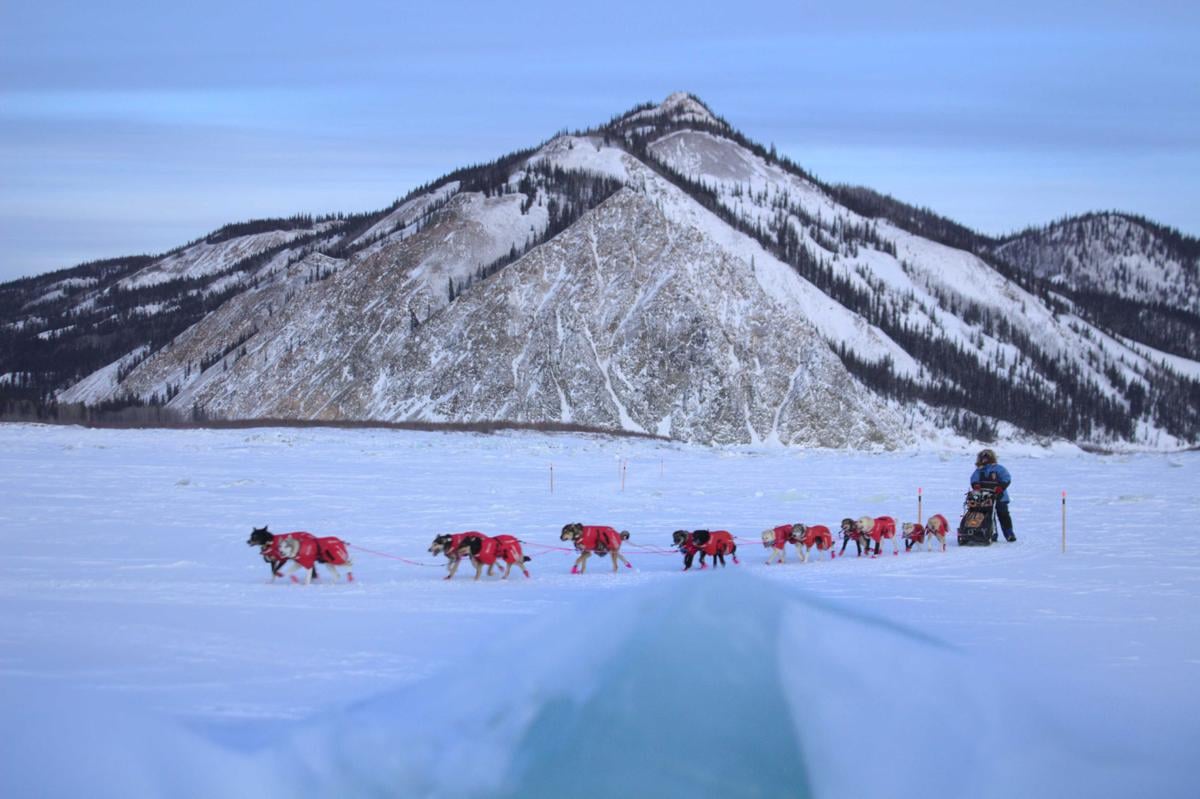 Her dog team looked strong coming in and Själin had to hit the brakes hard to get them to slow down.

She dismounted her sled with a big smile and began to receive congratulations from the fans, including this year’s champion, Brent Sass, for whom she has handled previously.

She also had a couple of Sass’s dogs on her team; the others she brought over from Norway, where she has lived and worked for the past eight years.

From the start in Fairbanks to the finish in Whitehorse, Själin said she had nothing but fun.

“It was really, really fun. If I do it again, I need to do it faster or slower so I get to see everything, because I’ve been mushing mostly in the dark,” she said.

When Själin embarked on her 1,000-mile journey, she said she had no plans of chasing top rookie honors.

“It makes me very happy,” she said. “I didn’t plan to run for the rookie but it’s going pretty good. I don’t know if I’m on plan B or E now because it’s been so slow, but it’s been going well.

“I’m also really happy that both the other rookies are still on the trail and kicking it. I’m excited for both of them to come in.”

During the final 94-mile stretch from Braeburn to Whitehorse, she planned on making one stop; however, that plan changed as she neared the finish.

“I had one planned stop; those three hours I took because I felt like the run was too far for my dogs,” she said.

“After the bridge there, I got a bit off the trail and the sled got stuck and I have a lady in heat and the males get very interested.

“I sorted that out then I needed to take the booties off because it was really wet – then they were napping. So I’m like, ‘Well, I’m going to give them 40 minutes and some snacks.’ We did that and had a nice run coming in.”

Själin, like the six mushers before her, said the run into Whitehorse was a challenge because of the snow but was pleased with the dogs’ perseverance.

“It was a lot of snow,” Själin said. “It felt like all of it was on the trail. They did good.

“I’m really impressed with how happy they’ve been going through all of that. I’m stiff; look at them, they look nice.”

She said her leader Mathilda, who was up front most of the way, had a standout race.

Själin said she came into the Quest with no expectations of how the trails would be.

“Some parts, Eagle Summit, was harder,” Själin said. “It was a lot softer than I expected. I heard usually the trails are harder than this. I didn’t read the trail report very well beforehand, which I should have.

“I had to ask all the other mushers, ‘Where is this summit? What’s coming up next?’ I didn’t do that so I didn’t have much expectation on the trail. But it was great; it was beautiful. So many gorgeous places.”

When asked about what she learned on the trail, Själin said plenty, including some new words.

“A lot of stuff,” she said. “I need to pack more socks because I sweat a lot more than I thought.

“(But) I think I learned mostly from the dogs. They keep me very happy. Even if you are down, you just look at one of the dogs and see how happy they are. Those are the ones who learned me most on the trail.

“(Also) some new English words. What’s lugs? Going all the way from Eagle to Dawson, I’d see signs saying ‘Vehicles with lugs are prohibited’; I thought about it for like a hundred miles.”

Her favorite parts of the race came after leaving Dawson.

“I really liked the Black Hills,” Själin said. “I had the moonlight, and it was gorgeous going over there. The dogs were pretty fresh out of Dawson so I had a really nice run.

“I also had a cool run out of McCabe. We had a wolf in front of the team for a while, which was really cool. At first, I thought someone lost a dog.”

She also carried fond memories from the hospitality stops.

“I loved the hospitality stops; I did not expect that much service,” Själin said. “Slaven’s had a menu and Scroggie, in the middle of nowhere, made amazing chili.

“Those were great. People are just out there for days and days so that I can do my ego trip over the mountains … Amazing, so grateful for all those people.”

Now in Whitehorse, Själin planned to take care of the dogs and get them rested before tending to herself.

“I need to brush my teeth, swap socks.”

John Tonin is the sports editor for the Whitehorse Star.