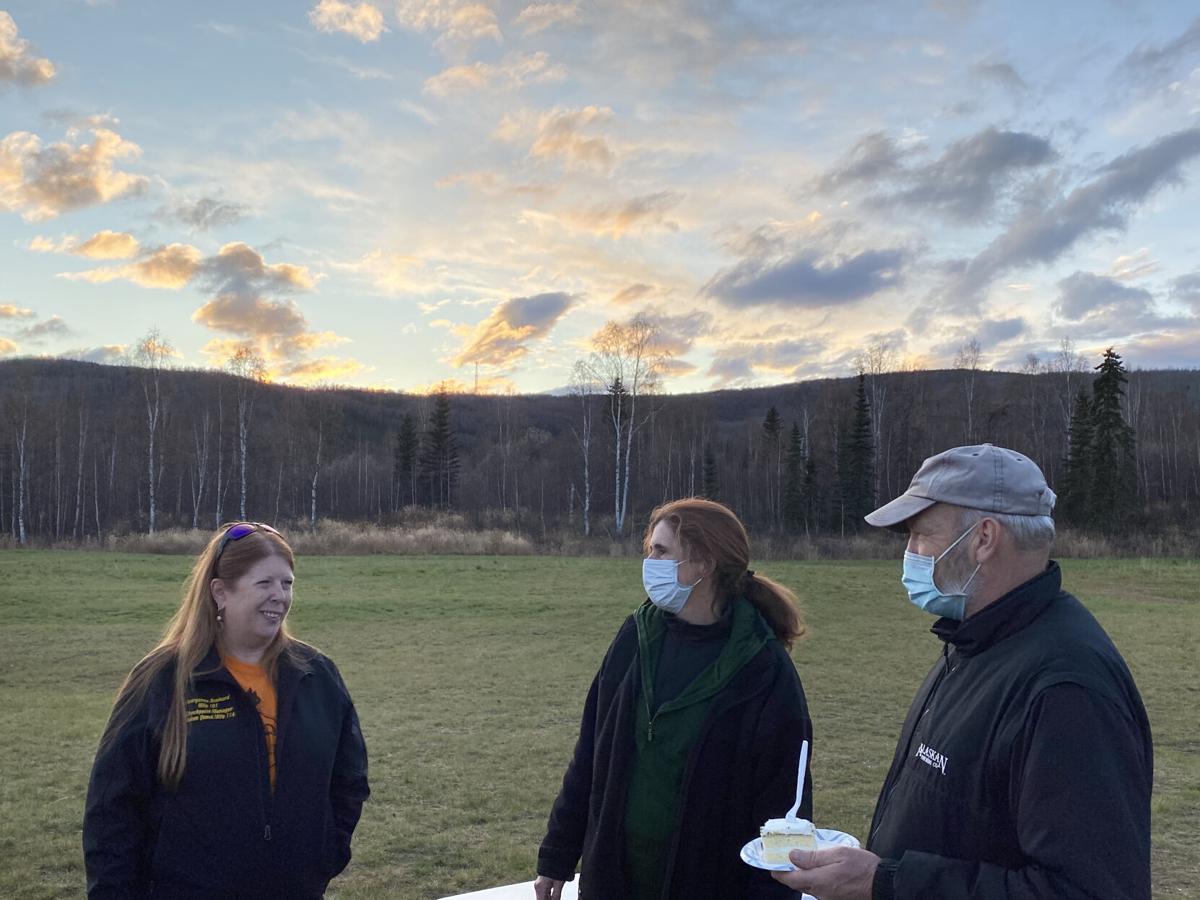 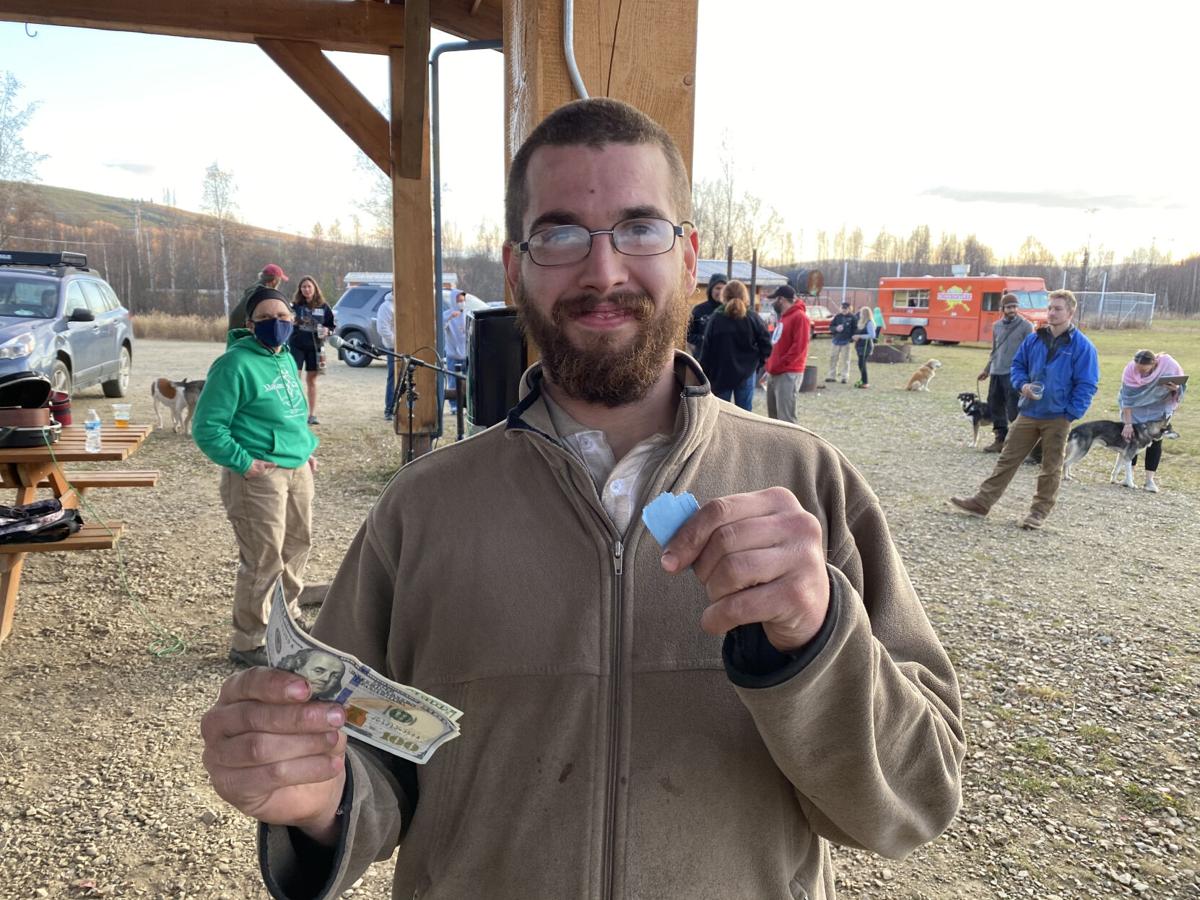 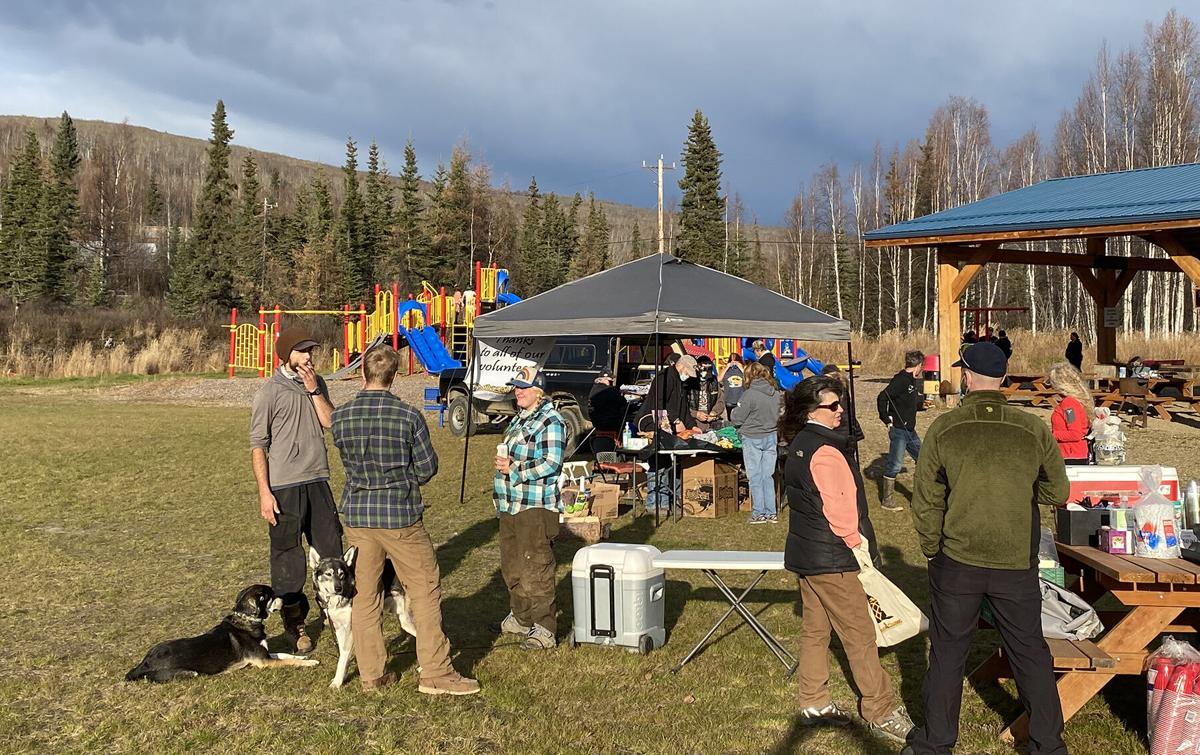 Fifteen mushers showed up at the Fox Lions Community Center on Saturday to sign up in person for the 2021 Summit Quest 300, meet the Yukon Quest board of directors and take part in a drawing for prizes sponsored by the Fairbanks community.

Attendees enjoyed a campfire, beer and had plenty to talk about.

Among the mushers signed up for the 300-mile race, which begins in Fairbanks on Feb. 13 at 11 a.m., was two-time Yukon Quest International Sled Dog champion Hugh Neff, who has the logo of the Quest tattooed on his forearm. Neff, who has run the 1,000 mile race 18 times since 2000, was censored after the 2019 race and ordered to complete a qualifying race like the Summit Quest 300 before being allowed to return to the 1,000 mile trail.

“I love the Quest,” Neff said. “I’m here to do the right thing and get back on the trail.”

While it was hard to conduct interviews because almost everyone was wearing a mask, Chatanika musher Jodi Bailey stood out. After all, she had also signed up her husband and kennel partner, Dan Kaduce. Both of them have been serious contenders in past Yukon Quest 1000 races and are veterans of the Iditarod Trail Sled Dog Race.

When asked which of the two one should put money on in the upcoming race, she frowned and then said with a smile: “You know, I think that depends on which dogs each of us runs and that has not been decided,” Bailey said. “So far Dan has beaten me in every race we both signed up for. I think this time it should be my turn, but if you want to bet money on which of our teams will reach the finish line first, wait until one week before the race.”

She shrugged her shoulders: “I’m glad to give you guys pointers, but one week before the race would be the earliest I’d be able to help you out with that.”

I guess we’ll have to wait and see.

Here are the mushers who signed up and the prizes they won:

Hugh Neff won a coupon from the Food Factory for $50.

The following people also signed up but were not present for the drawing:

The rules for the Summit Quest state that the maximum number of mushers allowed to start the race is 35 and the minimum to hold the race is 15 mushers. The entry fee is $500 and will increase to $600 on Nov. 1.

The purse will consist of all entry fees. The entry fees are a guaranteed minimum purse. Breakdown is as follows: First place: 40%; second place: 30%; third place: 15%; fourth place: 10%; fifth place: 5%.

Peter Kamper is vice president of the Alaska board of directors for the Yukon Quest International Sled Dog Race.