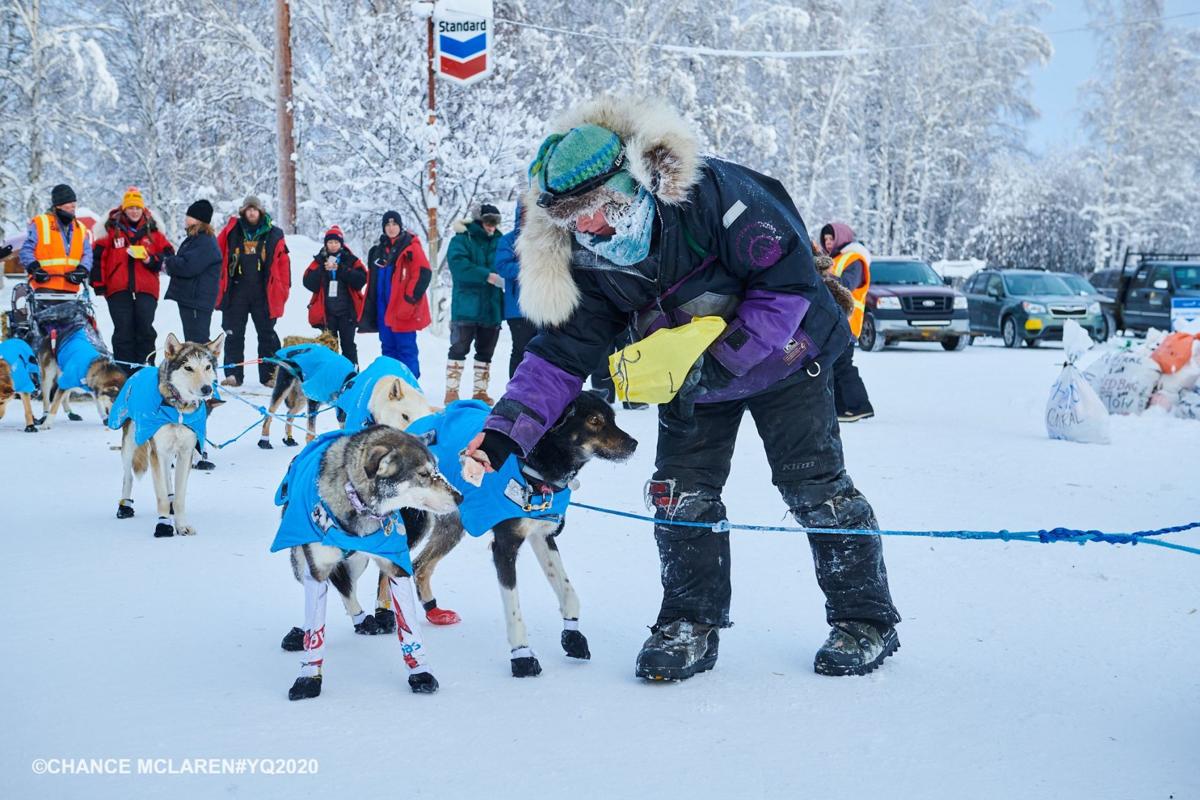 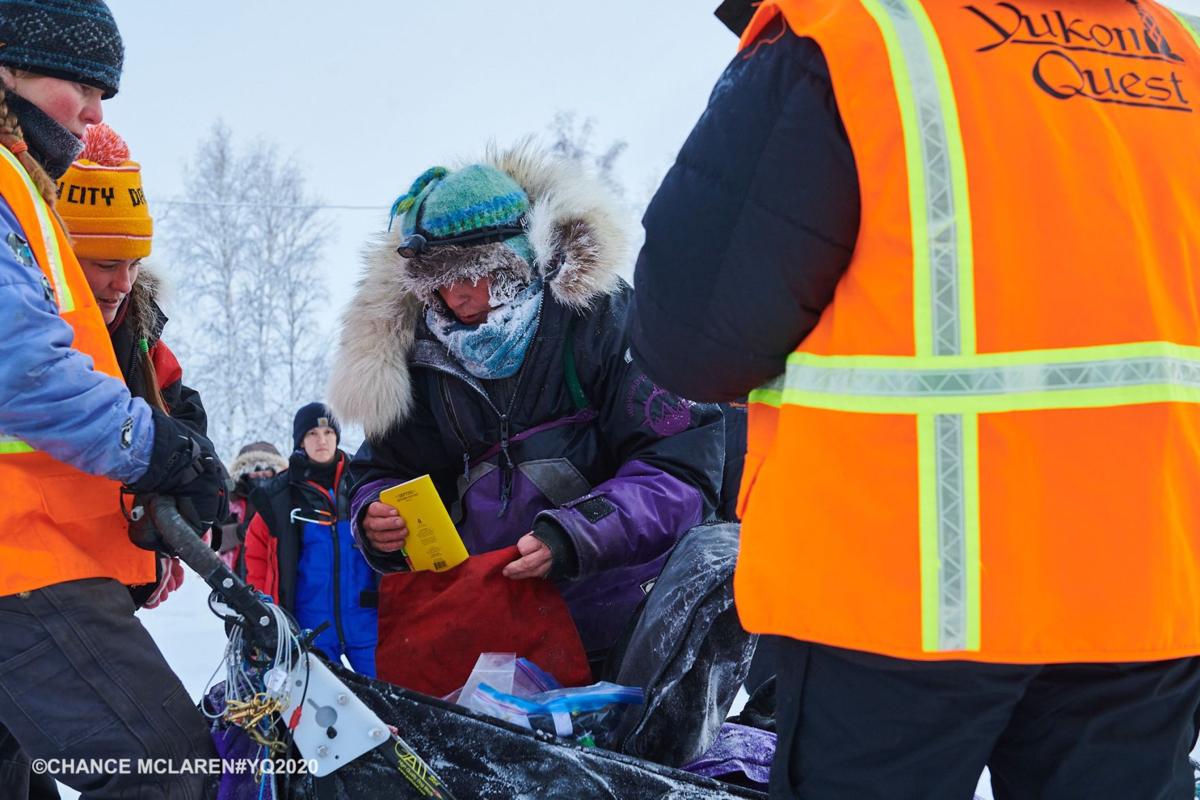 There’s only been one woman in history who has won the Yukon Quest. That was Aliy Zirkle back in 2000.

But early on in this year’s race, Canadian musher Michelle Phillips has been making a strong showing.

Coming out of Birch Creek into Circle, Phillips put in a striking run.

Brent Sass of Eureka had come out of the starting gate fast, moving through the first two checkpoints with a handy lead. Sass, coming into Circle, admitted Phillips had put in a good run into the checkpoint.

“I think her team is just a little bit faster right now,” he said.

Indeed, her moving time on the 74-mile run from Central to Circle was significantly faster than Sass’s on the last half of the run into Central.

Phillips, 51, never one to get ahead of herself, said her team was lagging a bit early in the sloggy, midday sun. While the soft sugary snow didn’t make it easy, the lag was also perhaps because of her own descent down Eagle Summit — a downhill that has given several mushers trouble this year.

She said it was like a mogul run with hard, wind-packed drifts.

“It was a little hairy, those drifts were pretty wild, it hit them and you couldn’t really brake. It was definitely kamikaze,” she said.

She says it with a smile, but she described the team as totally out of control.

“Oh totally, super out of control, wiped out, dragged, oh yeah,” she said.

Still, she managed to hang on and keep her team under control and running some of the fastest times early on in the race.

Her handler, Doug Vollman, was excited to see her team doing so well. The difference between last year, when she finished fourth, and this year is the dogs. While not young, Vollman said he’s noticed a change in attitude for the team, which is made up of previous Quest and Iditarod finishers.

“They’re attitude is so special right now. Over the years I’ve gotten to know the dogs just in handling, so I don’t think there’s anything different in her training probably, it’s just that these dogs have a really incredible attitude,” he said.

So what will he be looking for to see if Phillips can carry her momentum forward?

“Rest times on the trail and then also just the consistency in speed, not highs and lows. That’s what I like to see in any musher, just a good consistent dog team,” he said.

In the warm buzzing checkpoint in Circle, neither of them seem to want to be the rabbit for the next stretch of the race entering the Yukon River. Phillips, refilling water and fuel, says she is biding her time in preparation.

“It’s pretty early so, I’m just gonna wait until everyone is ready to go. I don’t wanna wait forever though. We’ll see. I’ll go have a coffee. Take it from there,” she says.

Sass seems to be thinking the same thing, endlessly fiddling with his sled and equipment.

She booties up her dogs and heads down the short straight away before dropping to the banks of the wide, endless Yukon River.