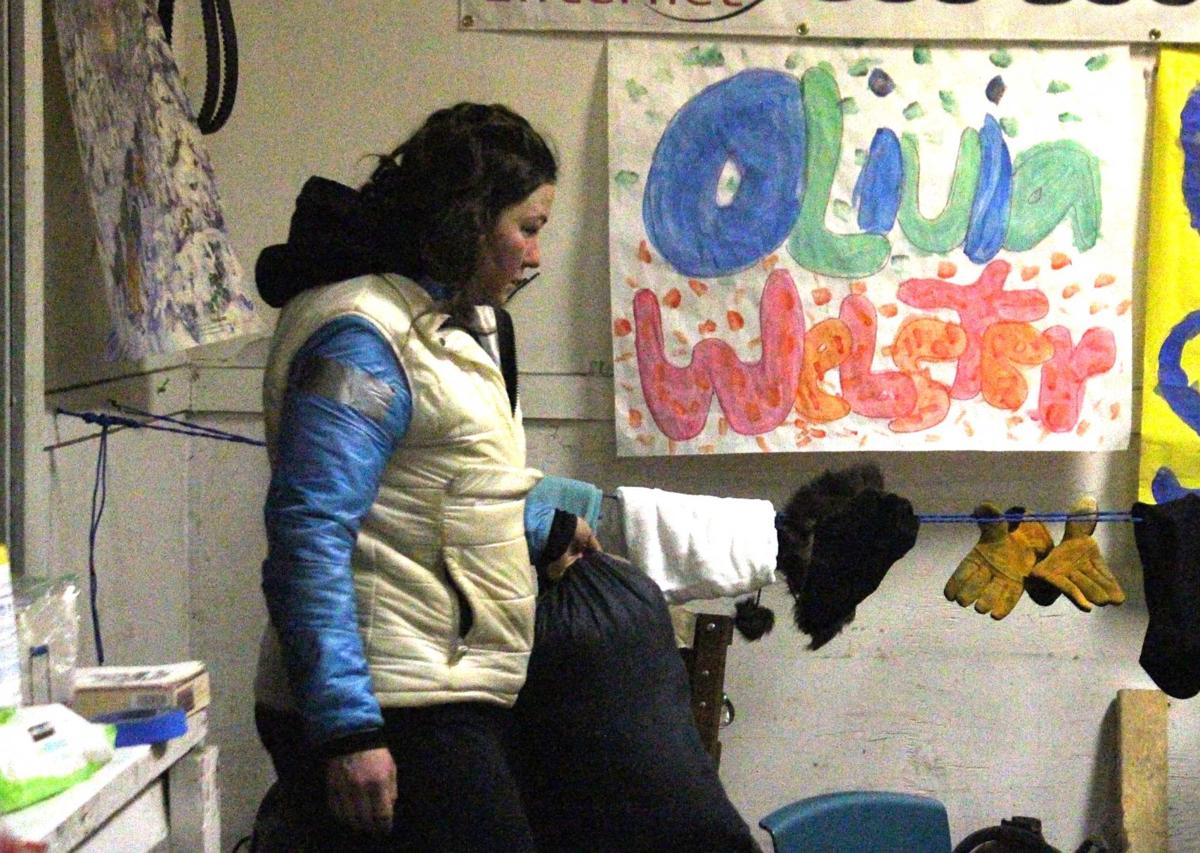 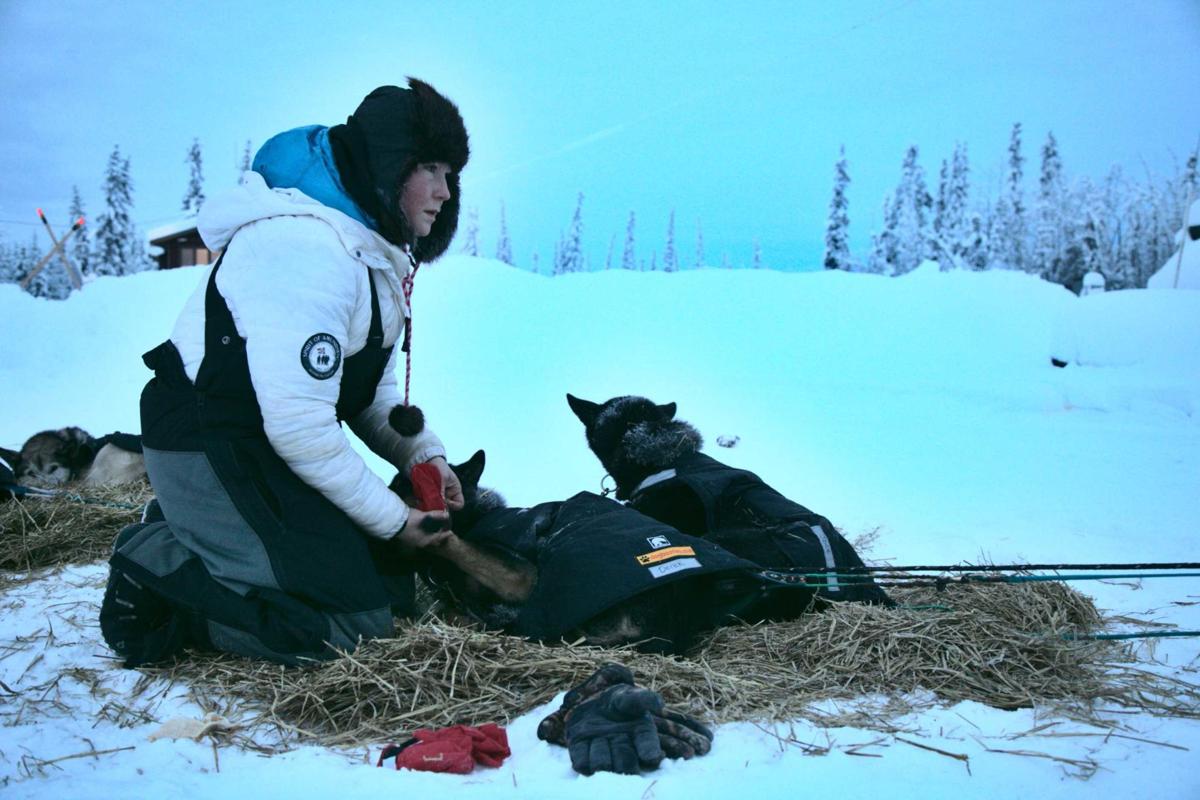 On Tuesday morning, the checkpoint in Circle is quiet. All the mushers are already out on the trail heading down the Yukon River, but Olivia Shank Neff is just getting ready to go.

Her face is puffy with sleepiness as she pours herself some coffee and gathers her things to go.

Shank Neff has been the last musher to each of the checkpoints beginning at Mile 101, but she doesn’t mind.

Before the start, the 31-year-old said that all she wanted to do was finish while her grandfather and Quest founder Leroy Shank was still alive. So far she’s making steady progress but ran into an early problem: a dog in heat.

“I just think I took a long time because I had the dogs in heat, and then I had to drop Mr. Pewee, I just had to figure things out for the team so that we could keep going. I think that's yeah, just trying to keep all the calm boys,” she says.

Now, she said, she has it figured out.

"I have it narrowed down to the ones that are just crazy enough to keep going,” she says.

Her husband and handler is former Quest champion Hugh Neff. He says he’s getting antsy watching Olivia’s progress on the race tracker and in checkpoints.

“I've had people that send me messages from all over the world really: "what's happening with Olivia? Oh my god," he said. So what is going on with Olivia, aside from a dog in heat?

While her average moving speed is comparable to Allen Moore’s, so far she’s been resting about 40% more than she’s been moving. Hugh Neff says he’s reminding himself not to get impatient.

“You know as her husband I can tell you she grew up in the islands and Americans are so caffeine-injected you know, obsessed with speed that they don't realize that in other parts of the world people don't live like that like in the hyper-quick society all the time, especially in the wilderness, so what I'm getting at is she's really chill and mellow and I'm like, dude this is like a race, you gotta stay focused and she's like, as a guy who's done this race like 18 times it's hard to look at sometimes to be quite honest,” he says.

She’s running on island style, he jokes, while the rest of the field is clipping away with Teutonic precision.

Still, Hugh Neff says he’s given up on trying to lend her advice.

“In this day and age I don't really tell my wife anything like, I let her sort of if she has a question about the trail or what have you I'll tell but if I'm always trying to inundate her with information she just, she's not gonna listen basically. Well you gotta know her grandpa, I guess,” he says.

Out of Circle, Hugh Neff will swing through Two Rivers to pick up Leroy Shank, now in his 80s and suffering from Parkinson’s disease, and hopefully meet Olivia Shank Neff in Dawson City, where she withdrew last year.

The two mushers with decades of experience will have plenty to talk about while the green Olivia Shank Neff chugs down the Yukon, slowly but surely, she says. She’s excited.

“Actually I'm excited for this part, this is the one I haven't seen before. It's like going on a new drive, seeing new things. Everyone's scared to go into a dark room that they've never been in except we have dogs we are doing it with — it's kind of scary. I don't know,” she says.

And she says, maybe she will try to pick up the pace.

“I was just underestimating, I just gotta go for it you know, every time I go out there I'm like — ugh — why did I wait so long. I don't know if I was scared or what,” she says.

With that, it’s time to go. She heads out the door to the dog yard, booties the dogs and signs off the paperwork. Just before pulling the ice hook barehanded in the minus 10 degree weather, she pulls out a Leatherman and slides off the sled runner, confidently replacing it with a new one.

Finally, she’s out on the Yukon River hopefully to show the world what exactly is going on with Olivia.