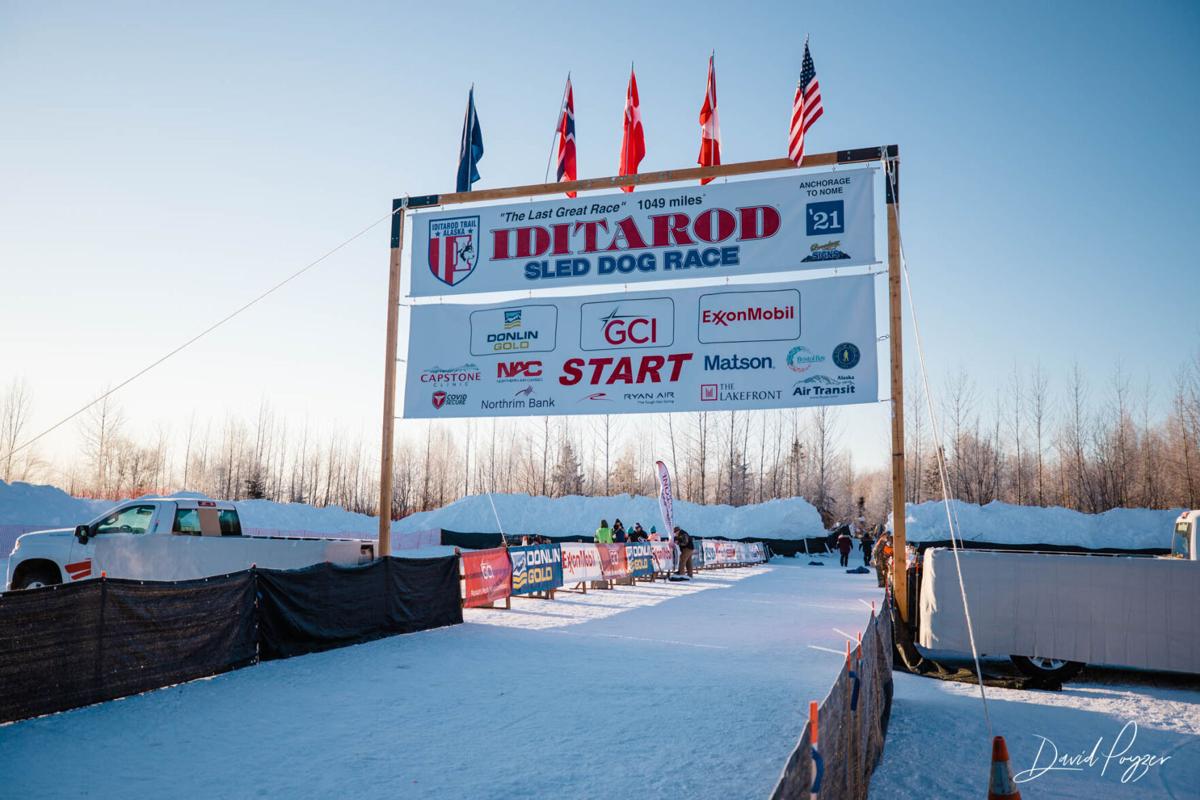 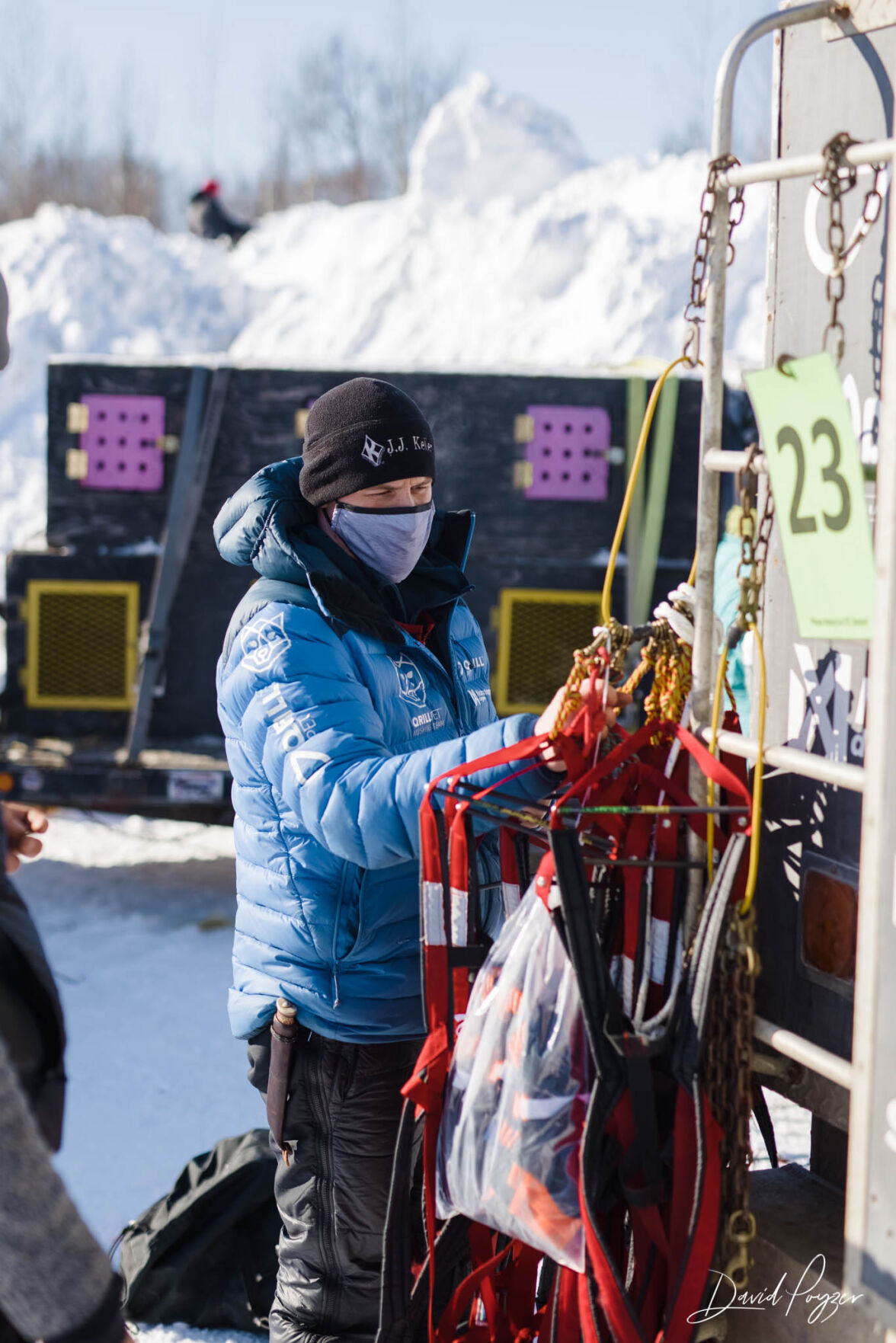 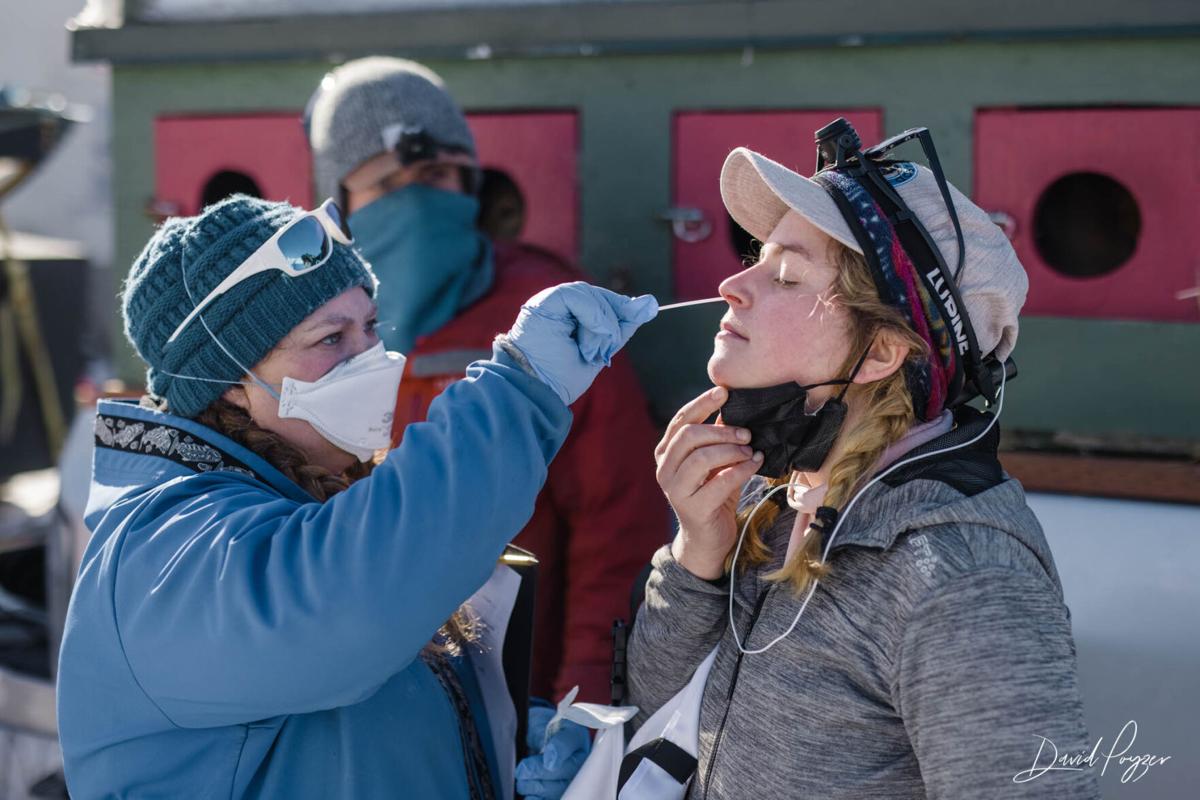 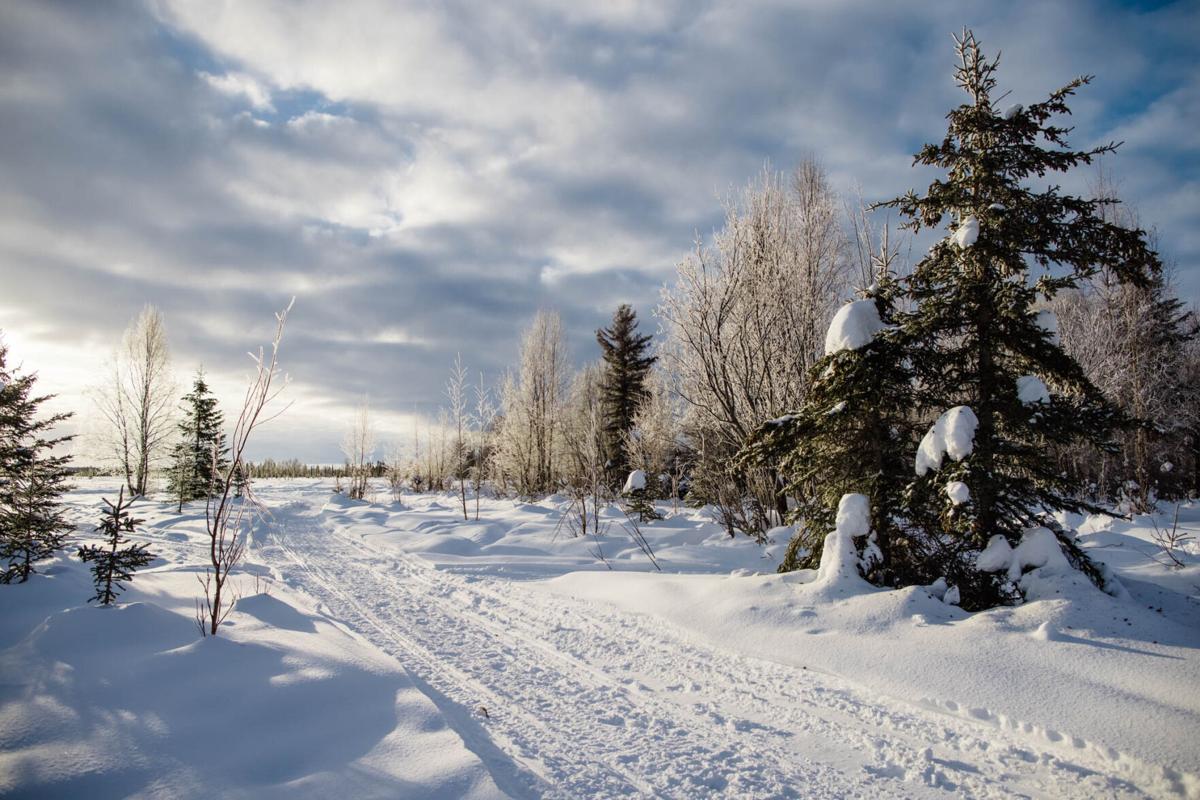 The first 100 feet of Iditarod 49, the morning before the race start. 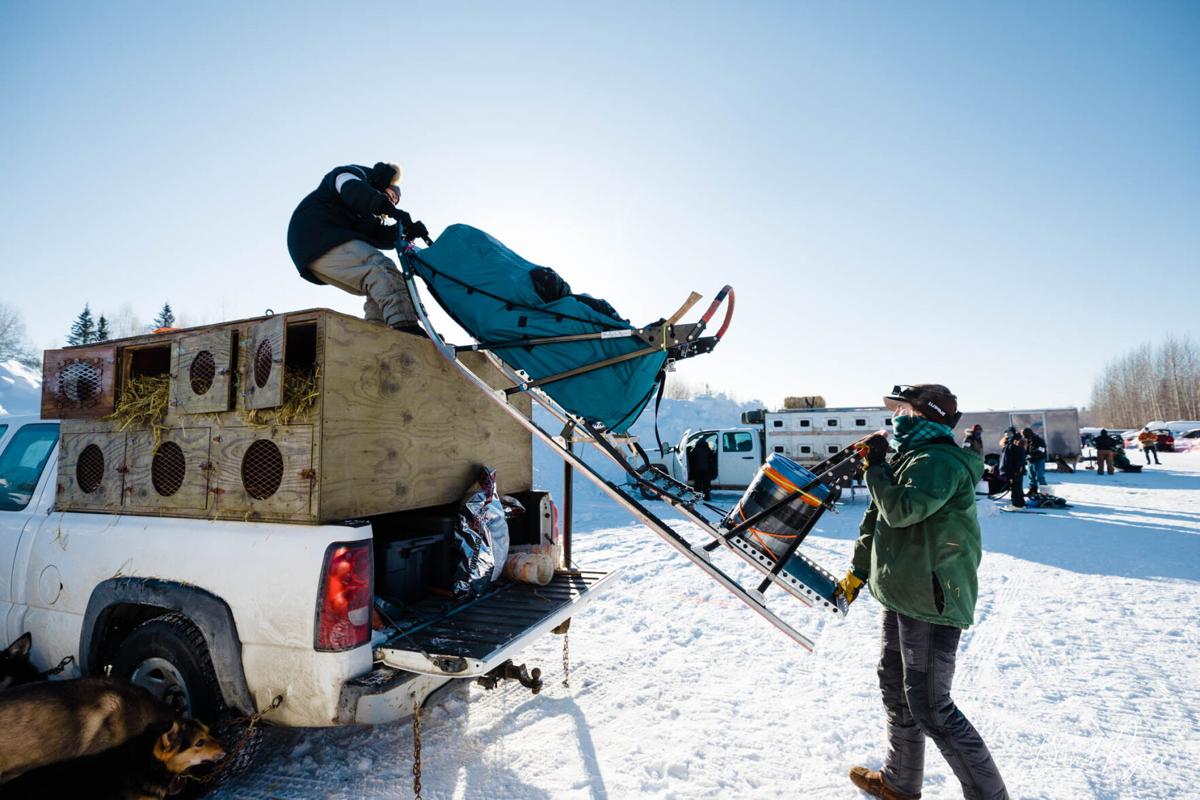 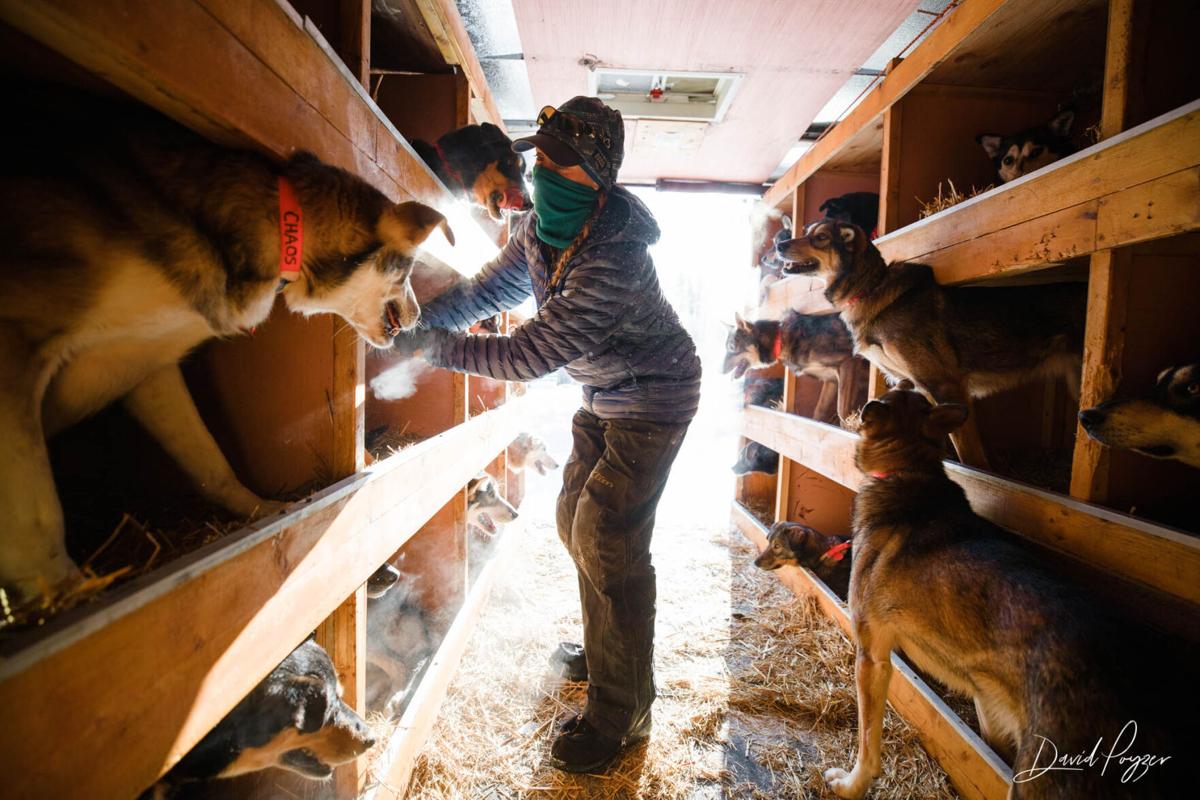 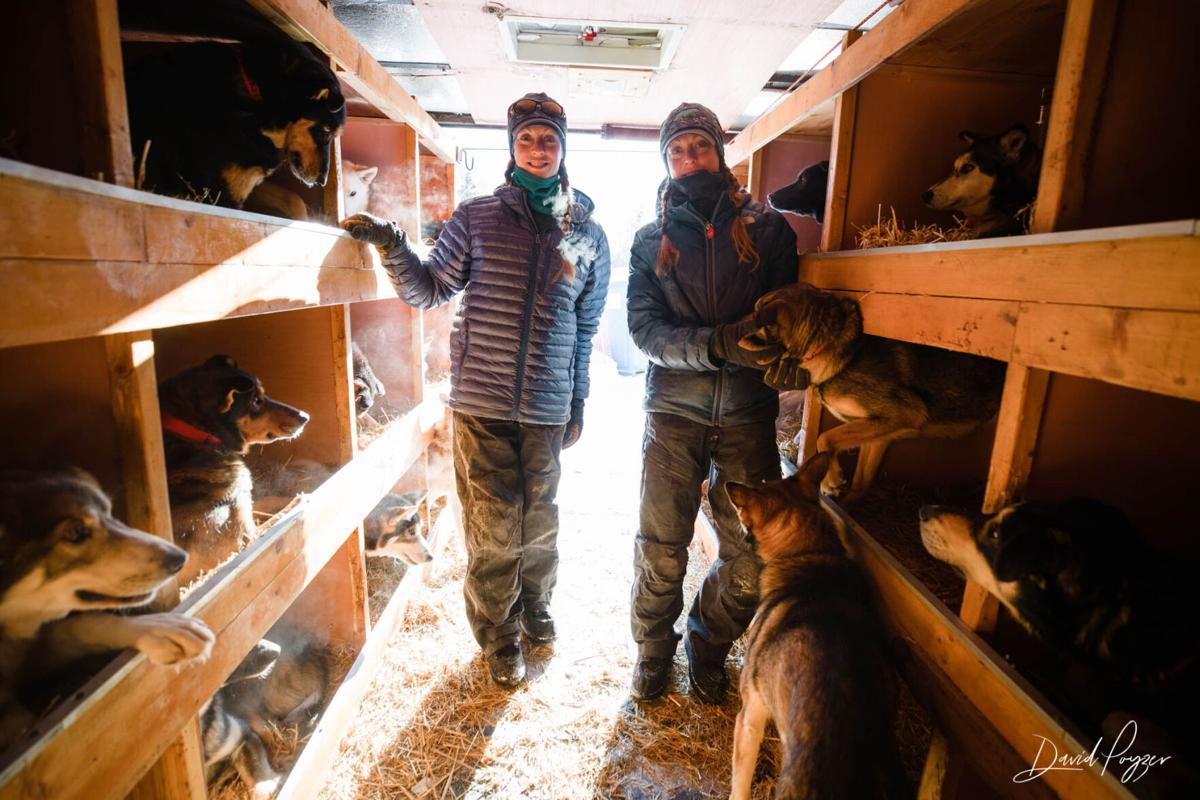 Anna and Kristy Berrington with their dogs before the race start.

The first 100 feet of Iditarod 49, the morning before the race start.

Anna and Kristy Berrington with their dogs before the race start.

In high school, Josh McNeal could have been selected “most likely to ..” and it wouldn’t matter what followed.

“I could have seen Josh do anything,” La Center High football coach John Lambert said. “If he became president, it would not surprise me. If he decided to climb Mt. Everest, I’d be like ‘I could see Josh doing that.’ He was just one of the kids who could do anything he set his mind to.”

So it came as no surprise to Lambert when he heard that one of his former players would be entering his first Iditarod sled dog race, which started today.

He was one of 46 mushers and 11 rookies to enter the race Sunday at Deshka Landing for the 852-mile out-and-back route to Iditarod.

Rookie musher Sean Williams of Chugiak scratched early Sunday before the start due to a non-COVID-related family health concern, Iditarod headquarters said in a news release.

The others left an unusually quiet starting line with little fanfare under bright, sunny skies and temperatures in the 30s above zero.

“The route is not going to Nome this year because of COVID,” McNeal said. “Organizers didn’t want mushers and volunteers going into some of the remote villages on the way to Nome.”

McNeal’s journey to become an Iditarod musher actually began as a teenager a decade ago.

A chance meeting with the owners of an Alaskan fishing lodge at the Portland Boat Show led McNeal to convince his parents, Tom and Gina McNeal of La Center, to spend his summers as a fishing guide in the 49th state. “The original draw of Alaska was the adventure,” said McNeal, now 26. “I started working on the Kenai Peninsula when I was 16 during the summers. I’d fly up for the summer and work, then fly back a couple of days before football started at La Center.”

When McNeal decided he wanted to study petroleum engineering in college, he returned to attend the University of Alaska Anchorage.

“My sophomore year, I started out skijoring, which is cross-country skiing attached to some sled dogs,” McNeal said. “I really enjoyed that, and I wanted to get hooked up to some more dogs.”

He started mushing recreationally, and then during his senior year at UAA, he worked as a handler at the kennel of Iditarod musher Ken Anderson. “I was helping him train up his team for the Iditarod,” McNeal said. “That’s when I really got hooked going on those really long runs.”

In spring 2018, when Anderson decided to retire from mushing, McNeal bought out his kennel. “And then my kennel was born,” McNeal said.

“We started dating before I got any dogs, and I told her that I wanted to get my own dog team,” McNeal said. “She really didn’t know what that meant. But she’s kind of been here the whole journey with me. We got married in December, and she’s just as much a part of training and taking care of the team as I am.”

McNeal works two weeks on, two off as a well site supervisor for an oil company on the North Slope.

“While I’m at work, my wife and my handler are taking care of the dogs and work on training and keeping them moving,” McNeal said. “And when I come home for work, it’s pretty much run dogs every day.”

And it’s not a cheap pursuit. McNeal said it can cost on average of $1,000 a year per dog to cover food and veterinary needs. And his kennel has nearly 40 dogs.

“We do have friends and family that help sponsor us,” he said. “And we have a sponsorship program. You can sponsor an individual dog, and we give them sweatshirts and things of that nature with our logo on them. We definitely appreciate that because this is an expensive sport.”

He got his start racing in the sport in the winter of 2018-19, competing in a couple of events in Alaska. In the winter of 2019-20, he went to the Lower 48 to race events in Idaho, Michigan and Minnesota. Earlier this winter, he competed in the Willow 300, which qualified him for the 2021 Iditarod.

McNeal said competing in football and wrestling at La Center High School helped prepare him for the rigors of sled dog racing.

“There’s actually a lot of people who were high school and college wrestlers who are now mushers,” he said. “It’s a very mentally taxing sport. You get extremely tired, sleep deprived. It’s a ton a work out on the trail. Sometimes, it’s miserable weather. You have to overcome a lot of obstacles.”

One of the bigger challenges McNeal had to face occurred in the Idaho Dog Sled Challenge in December 2019 when he stopped his team to retrieve some garbage that had fallen off his sled.

“I set both snow hooks, but I didn’t set one on a tree,” he said. “But I figured I’d be fine. The rule of thumb is you never walk behind your sled because you could lose your team. I went back to pick up the piece of trash, and my team pulled the snow hook out. I took off at a dead sprint and when I jumped to grab my sled, I actually tore my hamstring pretty good. And my team proceeded to drag me down a mountain for about two miles. Then I had to continue the next 20 miles or so to the next checkpoint with a torn hamstring.”

McNeal is hopeful nothing like that happens in the Iditarod.

While he is confident in his team, McNeal said his primary goal is to finish the race. “For the first half of the race, I’m not planning on doing anything crazy,” he said. “As long as dogs look good, which they should, I have a schedule in my mind that I want to run. And if I find myself with a healthy team and we’re in a position to compete, then we’ll start competing. It would be really great to win rookie of the year, but there are some really competitive rookies entered this year.”

The dogs are the real stars of the Iditarod. McNeal will start with 14 dogs on his sled, led by Jenna, Suka, Mara and Hoagie.

“I’m just going to take each day, and each mile, one at a time, and run my team to the best of their ability and make sure I’m putting their health first before any of the goals I have in my mind,” he said. “The most important thing is finishing with a healthy, happy team.”

Some may wonder why anyone would want to put themselves through such a grueling ordeal with very little sleep in sometime bitterly cold temperatures with a possible run-in with a grumpy moose.

But for Josh McNeal, it’s all part of the adventure.

“Mushing has just added to all the adventure of getting to see all these amazingly beautiful places with some of your best friends,” he said of his time in Alaska. “I’ve got to see some incredible sights around the state, some incredible northern lights, and the bond with the dogs is hard to explain.”

This story was first published in the The Columbian, Vancouver, Washington.